Back to the land in the 21st century

Home » Back to the land in the 21st century 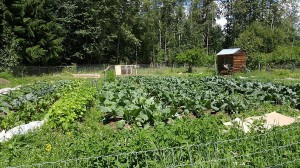 There is a slowly growing movement back to the land, as more twenty and thirty year-olds move to the country and take up farming. I recently visited Spotted Moose Farm in the hills above Celista, where youthful energies are achieving success using alternative permaculture techniques instead of the traditional tillage system. The owners, Chris Pisesky and Sandy Whitstone, envision far more than just growing food, as they hope to create a school and inspire others to follow in their footsteps. 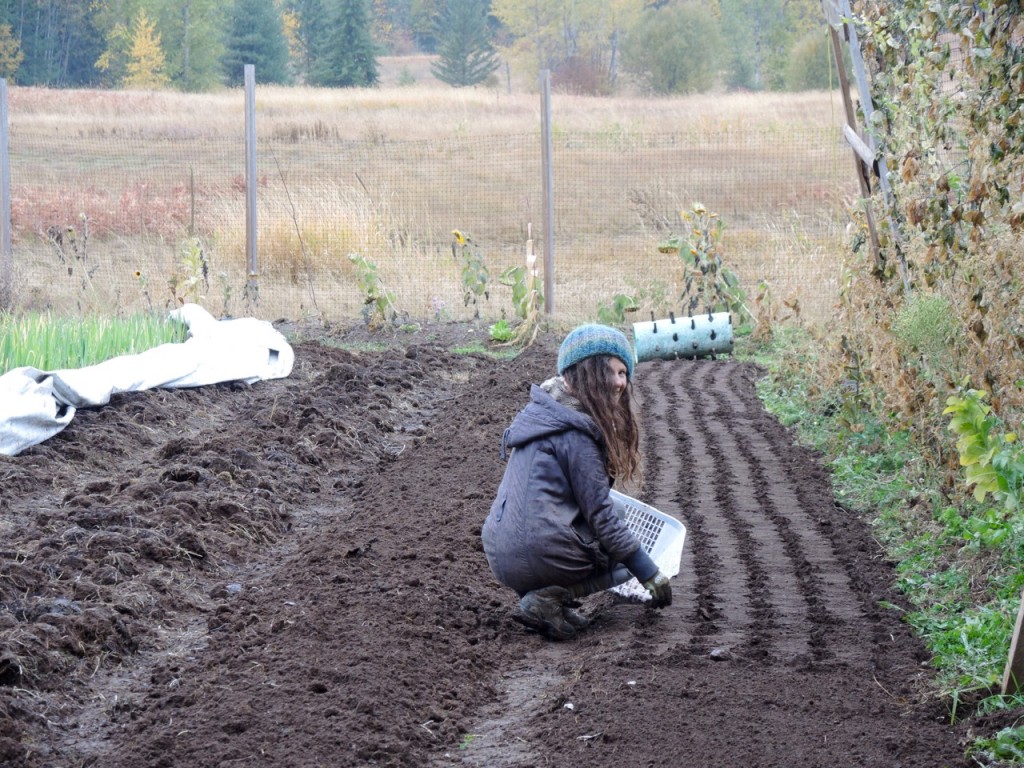 In just their second year on 160 acres, they are coping well with the challenges of the heavy workload, finding helpers, weather, pests and running a business. A tall fence to keep out the deer surrounds a three-acre market garden where they use a bio-intensive method developed in European small farms. This natural, organic technique depends on building soil fertility using crop rotations and the addition of compost and manures to nurture the underground soil food web. 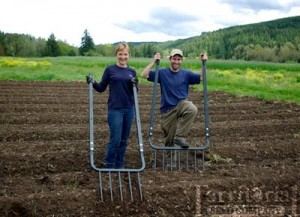 Instead of rototilling or ploughing, they use a hand tool called a broadfork that looks like a giant pitchfork with two handles. Although it is time consuming and physically demanding, use of the tool loosens the soil in the permanent raised beds, while protecting the underground microbial networks that naturally foster fertility. 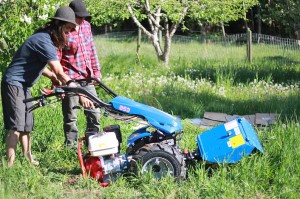 In addition, they use a walk behind tractor with implements that fit their 30-inch wide garden beds and 18-inch wide pathways. 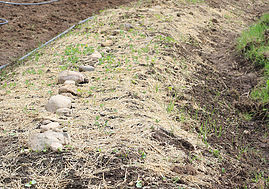 Along the edge of the market garden is a special, self-fertilizing and self-watering Hulgelkultur bed. Buried 4 to 6 inches below this bed is poplar wood that is slowing decomposing and thus both storing moisture and releasing nutrients to the roots of the vegetables growing above. 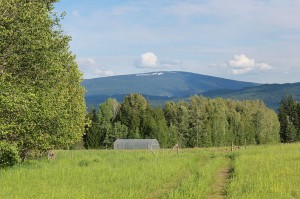 In addition to their market garden where they are still harvesting greens and root crops, they built two greenhouses. Tomatoes fill their largest greenhouse and are grown vertically using strings attached to the rafters. 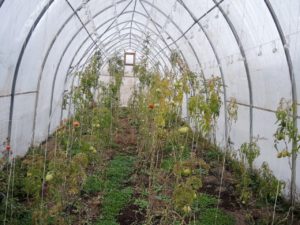 Another shed houses their micro-greens operation, where they grow a variety of tasty greens including pea and sunflower shoots, as well as sweet corn, fenugreek and chervil. 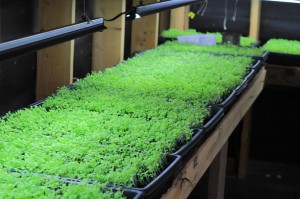 They are also raising free-range, heirloom pigs using an electric fence powered by a solar panel that they can move around their fields. As well, they raise ducks, chickens, turkeys, bees and goats. 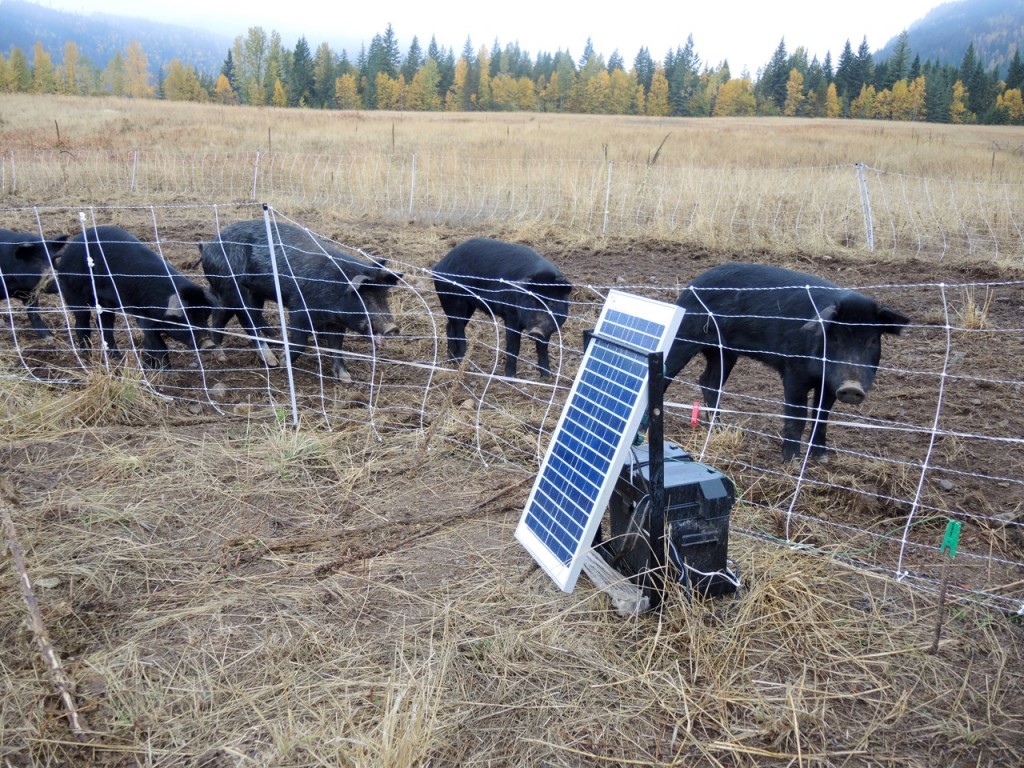 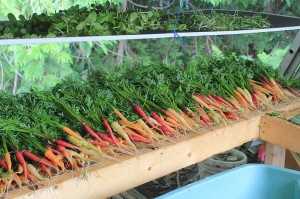 It is one thing to produce the food, but another to sell it and on this front they are doing well. In addition to farm gate sales and local farmers markets, they sell their produce through a community supported agricultural (CSA) program of weekly vegetable box deliveries to customers throughout the Shuswap and as far away as Vernon. Key to their success are their restaurant customers, including the Quaaout Lodge, who they supply year-round thanks to their micro-greens operation and they’re up to nine successive plantings of greens in their market garden. 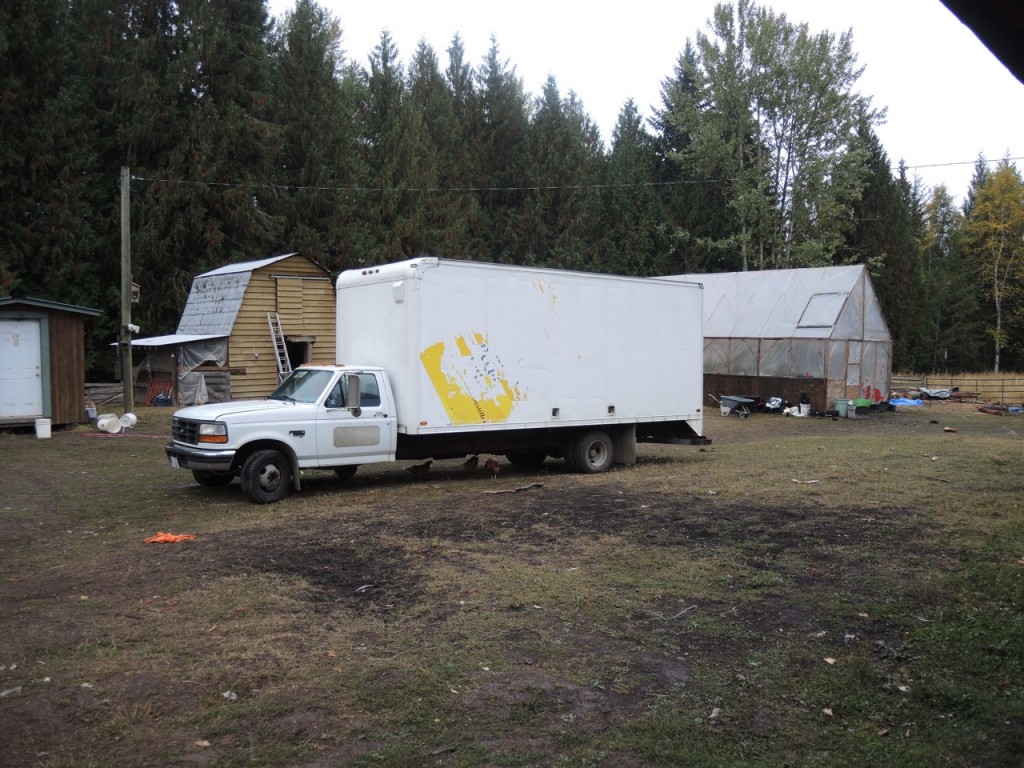 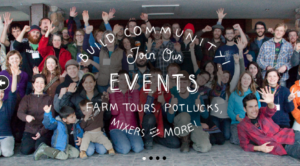 This summer, the Spotted Moose Farm hosted a farm tour and potluck organized by the Young Agrarians, a Canadian-wide network devoted to fostering ecologically balanced and organic farming by connecting young people to farming opportunities. Local coordinator, Emily Jubenvill, has been working with the Shuswap Food Action Co-op to identify leasing opportunities. So far, 42 Salmon Arm farms have been identified for potential leases. This winter, the two groups plan to set up a “match-making” event to connect potential young farmers with these local farms.

Certainly more efforts are needed to facilitate the youth farming movement, as the statistics show an alarming trend. The farm population has been shrinking as now fewer than 2 percent of Canadians live on a farm. Farmers are aging, given the average age of a farmer in Canada is 55 and only 9 percent are under the age of 35. Their average income is actually a loss and half of all farmers depend on off farm employment to pay the bills. 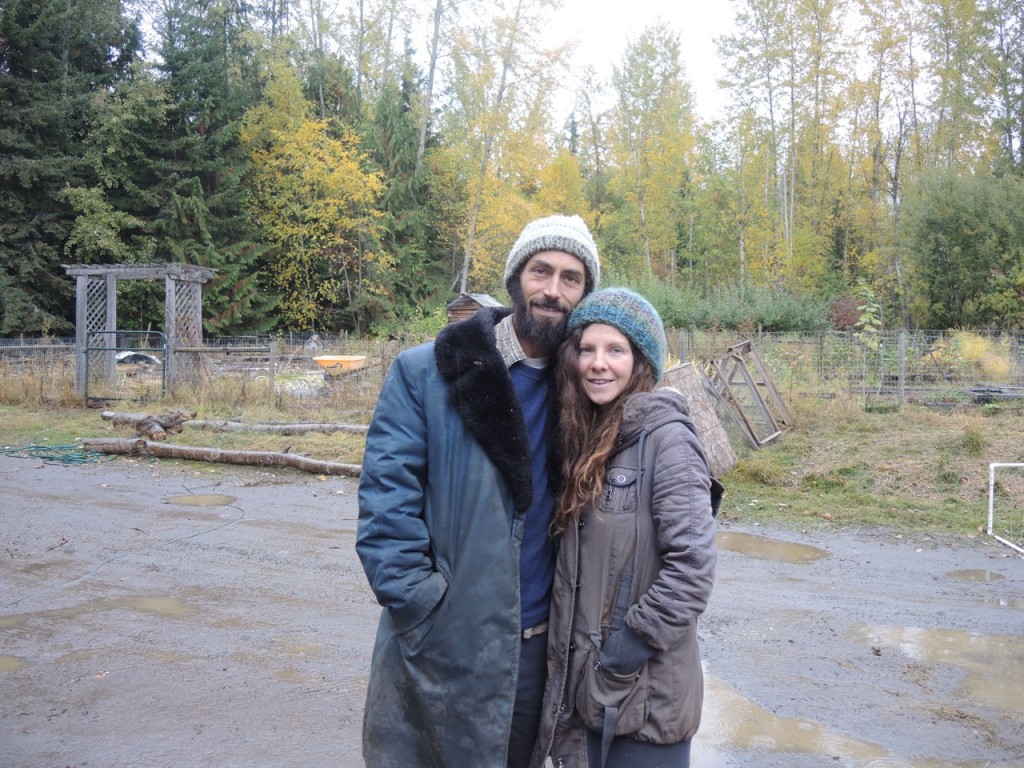 Fortunately for young farmers like Chris and Sandy, their goals are not financial, as it is the outdoor, healthy, self-reliant lifestyle that they cherish. They are firmly opposed to what they view as a corrupt, corporate economic system dependent on resource depletion and increased levels of toxic chemical pollution, Instead of protesting, they have committed to a life devoted to ecological sustainability and helping others achieve similar goals.

I could not help but compare what they are doing with what I did 48 years ago when I began homesteading in the Lee Creek hills. Back then we had the Whole Earth Catalogue, Rodale’s books and the Mother Earth News, while they have access to a wealth of information on the internet, including YouTube instructional videos. One challenge we share is that both of us disappointed our parents because we rejected the urban rat race planned for us so we could enjoy and benefit from a healthier and happier lifestyle. 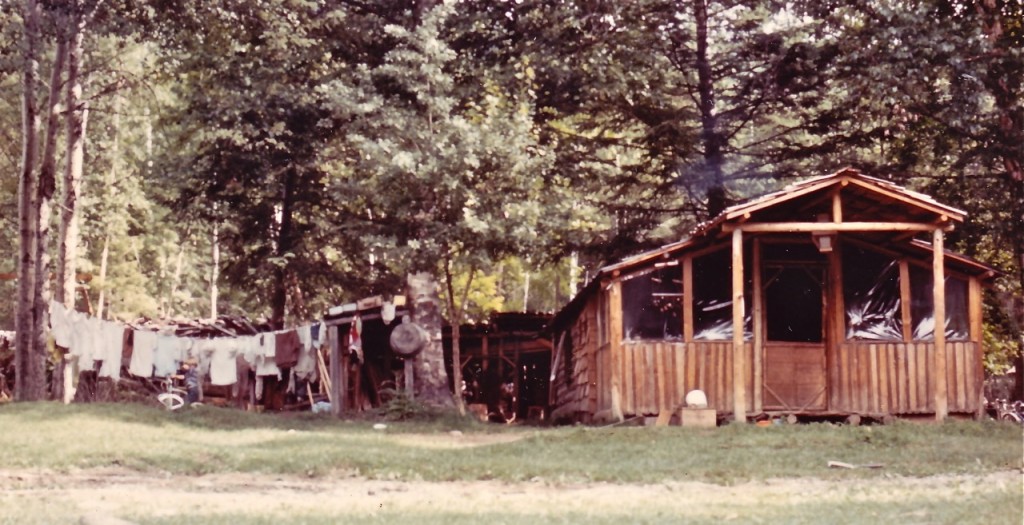 We felt isolated and alone without electricity, a phone, few friends nearby and only “snail  mail for communication.  Now, young farmers have digital social media in the palm of their hand to connect with their friends and colleagues. We had shovels and hoes, while they are using so many new types of tools and methods.

Ideally, the effort to connect young people with organic farming should begin in the schools. Students could learn to appreciate the rural lifestyle early in life through tours, and apprenticeship programs. One of the deterrents to incorporating young people into farming is the ALR regulation that disallows extra housing on farms. The rules need to be changed so there are places to live for young families on farms owned and run by seniors who want to slowly ease out of their workload.