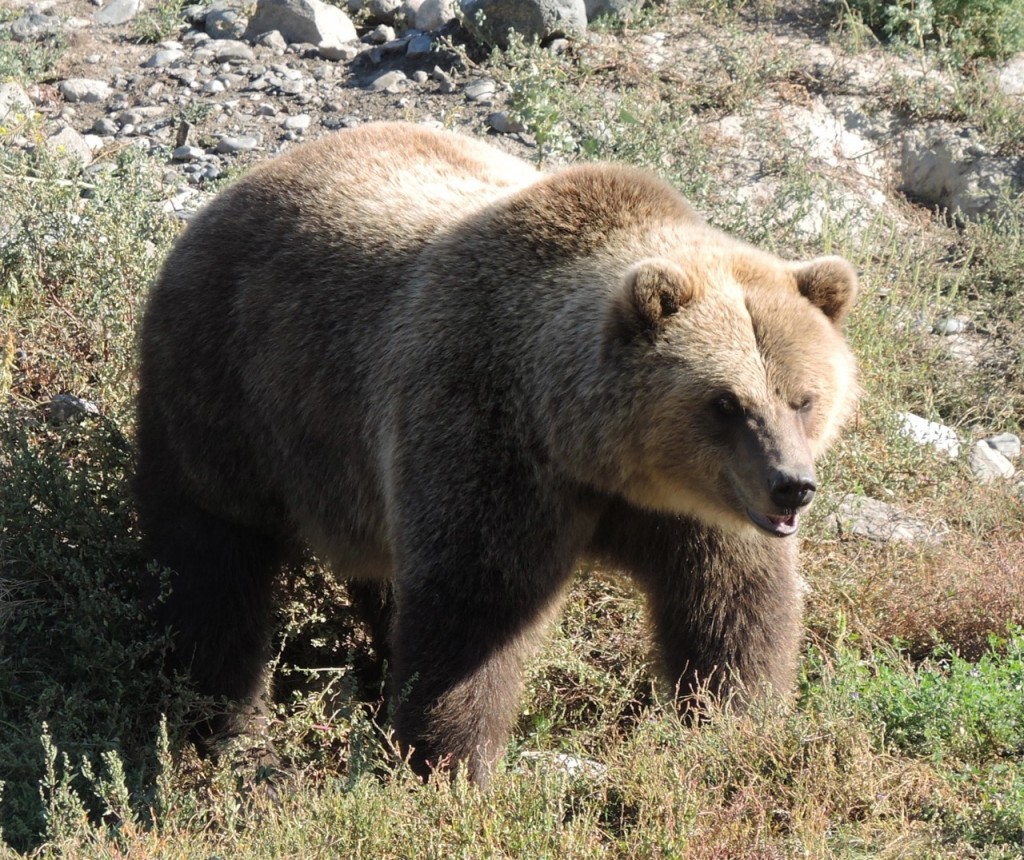 Grizzly at the B.C. Wildlife Park in Kamloops
British Columbia grizzly bears are making the news these days, but the news is mixed. While conservationists are applauding the recent decision by the BC Government to end the grizzly trophy hunt, a new audit by the Auditor General takes aim at the lack of adequate planning, inventory efforts, and monitoring by government ministries. Here in the Shuswap, an initiative is gaining momentum to ban recreational vehicles from the Joss Mountain region that is prime grizzly habitat. 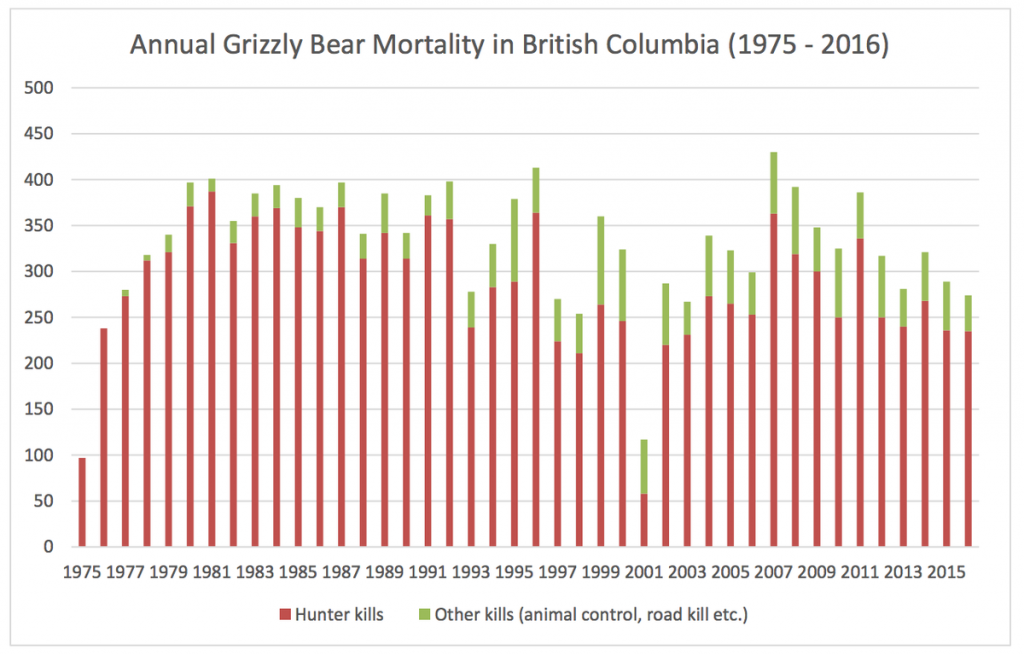 The ban on grizzly trophy hunting begins on November 30th after this year’s hunting season is finished. Approximately 250 bears are shot each year in the province, with most of the fees going into general revenue. There is some concern that the new rules will still allow hunting for meat, although it is unlikely that many hunters will take advantage of this loophole. Guide outfitters are displeased about the impact on their business and argue that the true threat to grizzly bears is not from hunting but from habitat loss. 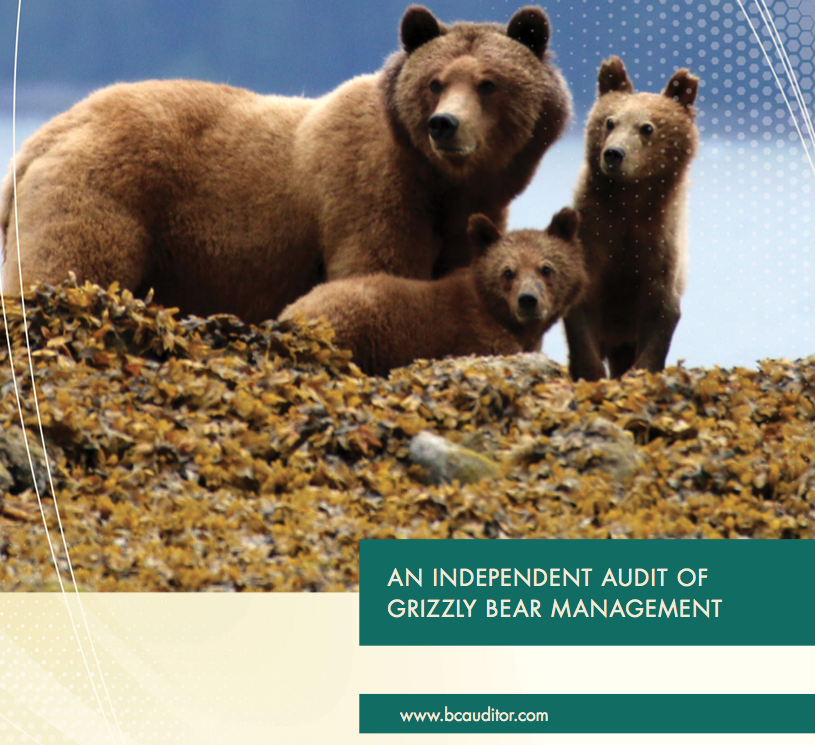 In her hard-hitting report, Auditor General Carol Bellringer agrees that habitat loss from primarily industrial development is the major threat to the grizzly bear population. Since settlement began, over one-half of the grizzly population in North America has been extirpated. Out of the 56 grizzly populations in B.C., nine are threatened and only one area, the North Cascades, has a recovery plan, however it was never implemented. 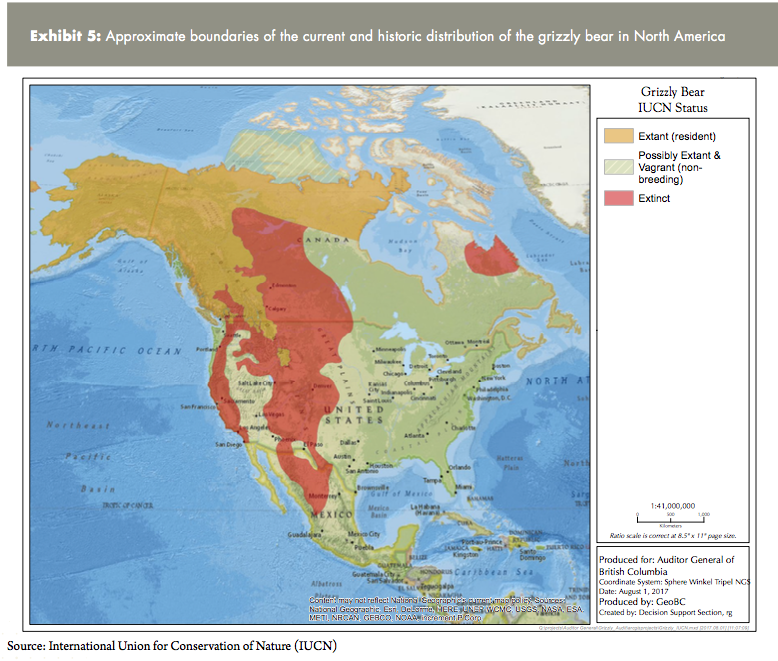 The audit reveals that although a provincial inventory and monitoring strategy exists, it is not being implemented due to a lack of dedicated funding. Despite the fact that road building is one of the major impacts on habitat, there is no overall plan for resource roads. One of the major reasons why the grizzly bear program has not been working is the overlapping roles and responsibilities of the Ministries of Environment, which has the sole responsibility to manage, protect and conserve wildlife and Forests, Lands and Natural Resource Operations, which makes the decisions that impact populations and habitat. 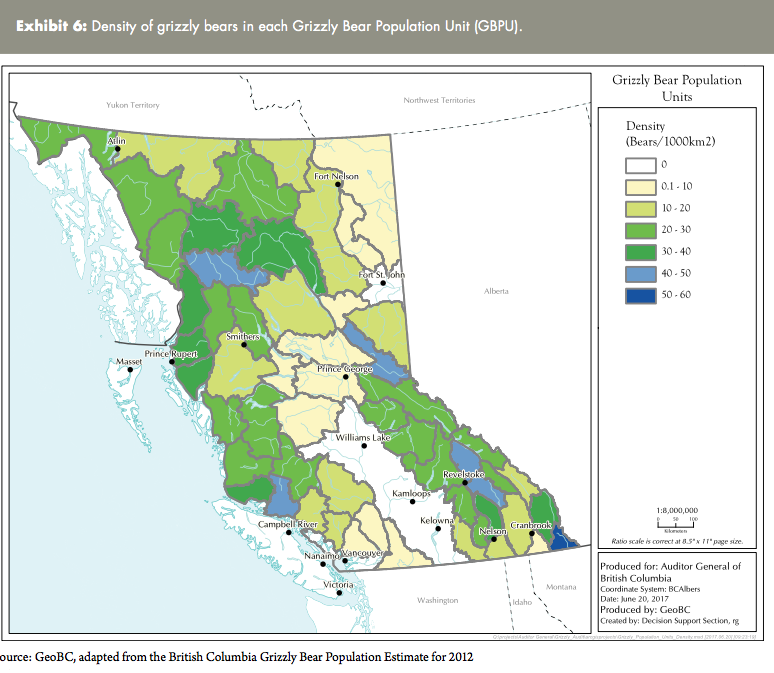 Given that B.C. is one of the last places in North America with healthy populations of grizzly bears and that these animals are an indicator of the government’s ability to manage wildlife and maintain healthy populations, the audit’s recommendations need to be applied appropriately. The auditor’s report includes responses from the ministries that indicate their full support for implementing a management plan that includes adequately funded inventory, monitoring, recovery efforts and resources for preventing and responding to conflicts. 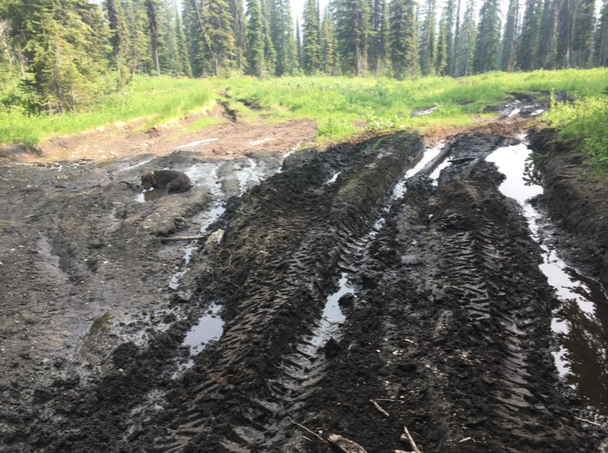 damage in the alpine from ORVs

Research shows that forestry activities can degrade grizzly habitat, especially road building. The Okanagan Shuswap LRMP provides specific direction in grizzly habitat zones to limit the percentage of the landscape in young forest, to maintain ground cover adjacent to avalanche tracks, and to ensure new roads are quickly deactivated. However, there has been no monitoring of the LRMP and under the professional reliance system neither the public nor the ministries have access to specific logging plans. A new threat to grizzlies has emerged, off-road recreational vehicles (ORVs), as with higher power and design improvements the alpine is becoming invaded and in places, destroyed. 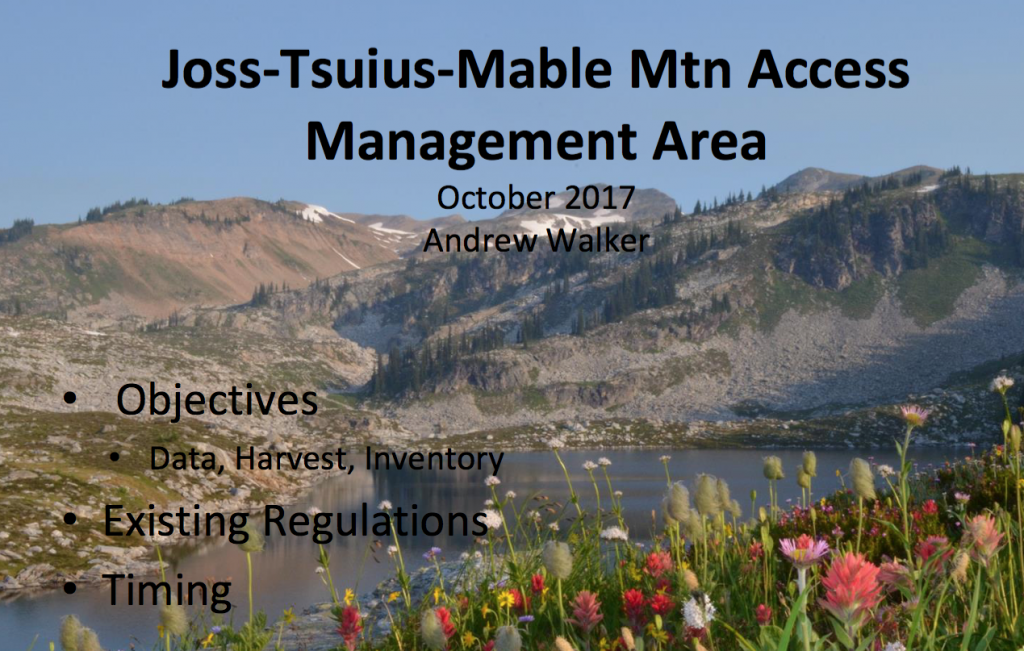 To the northeast of Mabel Lake, Joss, Tsuius and Mabel Mountains and the surrounding sub-alpine and alpine area have been identified as key grizzly habitat that is under threat by an increasing number of ORVs. Consequently, senior government biologist Andrew Walker has submitted a proposal to the minister to ban off-road vehicles in this 15,000-hectare area above 1,700 metres. Walker first heard about the problem from hunters who told him about the destruction they have witnessed and their concern that due to the short growing season the land will take a long time to recover, if ever. 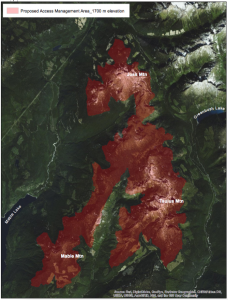 The Joss, Tsuius, Mabel Mountain area is the most viable part of the 634,000 hectare Central Monashee grizzly bear population unit that is home to approximately 150 bears. An off-road vehicle ban would also benefit other wildlife, including mountain goats, deer, elk and moose. Presentations about the proposal have been made to both regional districts, along with support from the Shuswap Trail Alliance.

If the new provincial government moves forward on its goal to re-establish land use planning, one of the first projects should be to monitor how well the LRMP objectives have been met, including those for grizzly bears. If problems are identified then improvements will be needed and more land may need to be protected.

The damage being done in the mountains from off-road vehicles is horrendous. Here are some more images from Walker’s presentation to the regional districts: 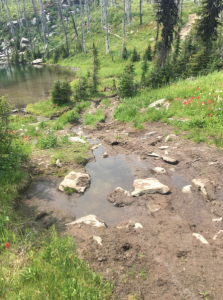 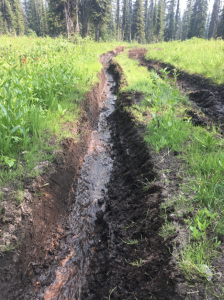 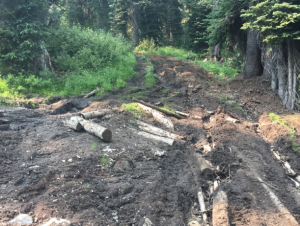 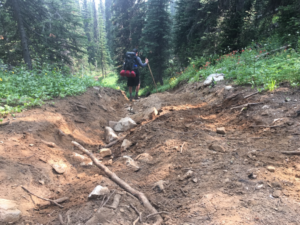