Home » Nordic skiing thrives in the Shuswap thanks to active clubs 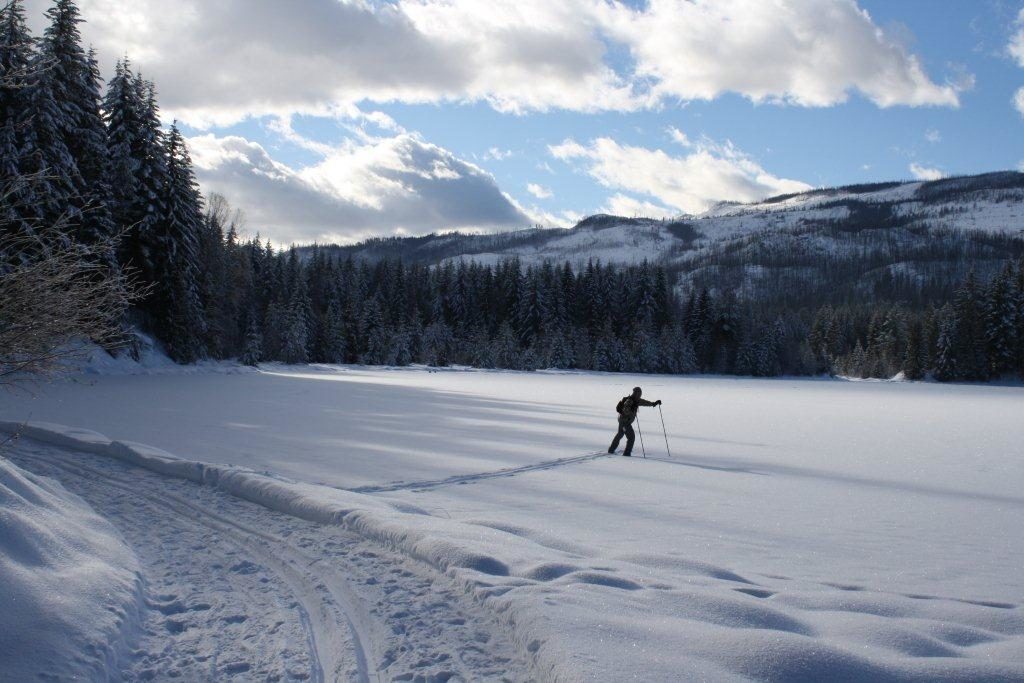 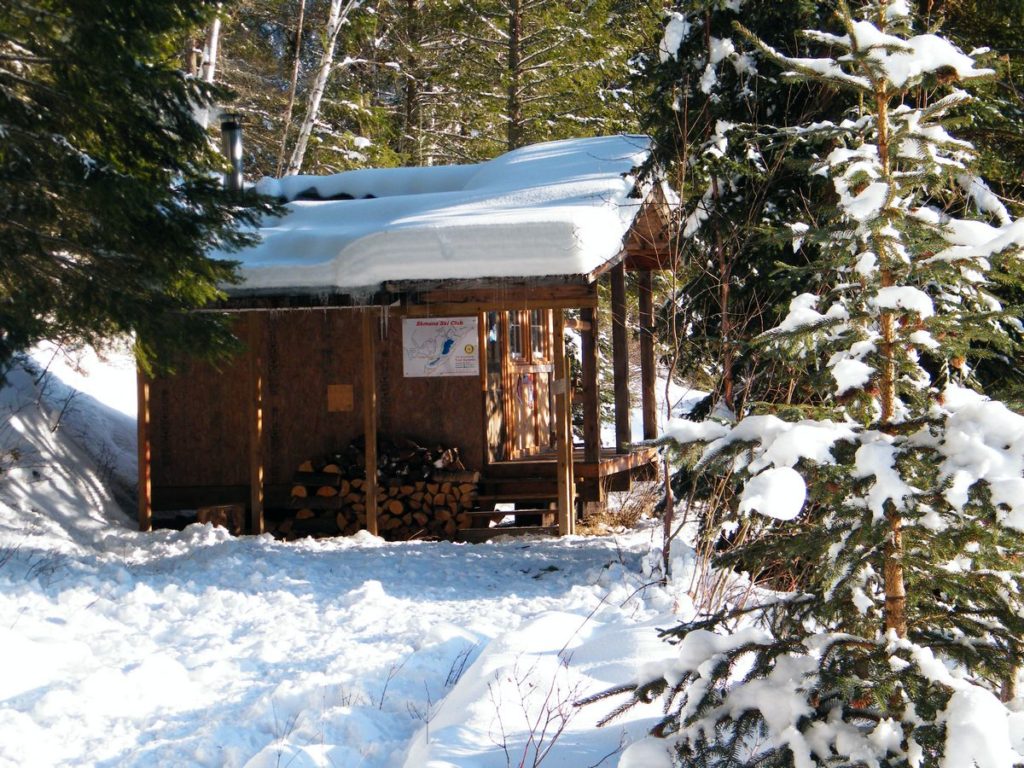 The very active Skmana Ski and Snowshoe Club was established in the early 1980s, and over the years raised funds for tracking equipment, along with holding fun family events and providing youth ski programs. There are 14 km of tracked trails to enjoy, including a scenic loop around the lake. 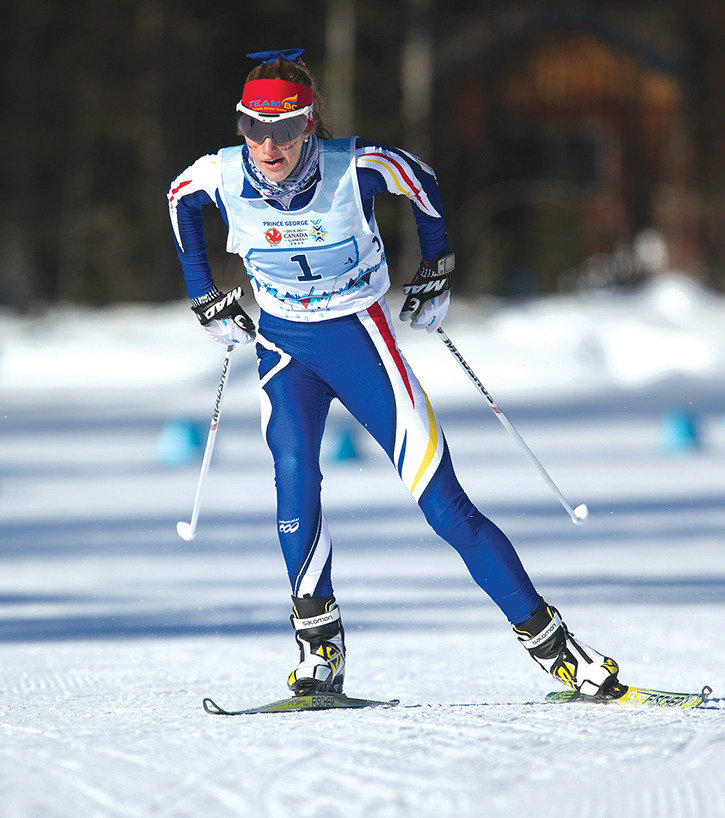 With its 57 km of groomed trails, 114 km of ungroomed trails, and 17 km of snowshoe trails, the Larch Hills ski area is one of the largest in the province. Over the years, there has been almost continuous expansion of facilities and programs; thanks to it’s over 1170 members and a legion of volunteers. One of the reasons for its continued success is the attention given to providing services for youth who grow up to become the next generation of skiers. 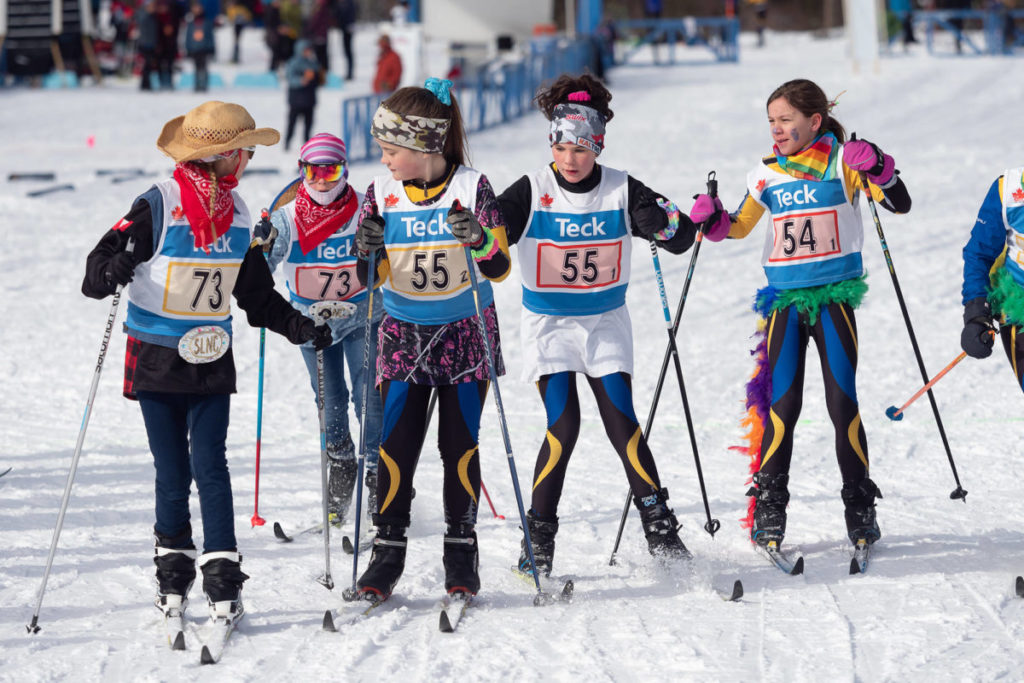 Youngsters learn to ski beginning at the age of four through the Jackrabbit program. A team of volunteer coaches provides the instruction as the young skiers move from the initial Bunny level through to level 4 for ages 8 to 12 years old. This year, there were over 150 young skiers in the program. After Jackrabbits, the young skiers have the option of participating in the Youth Explorers group or joining the ski team. 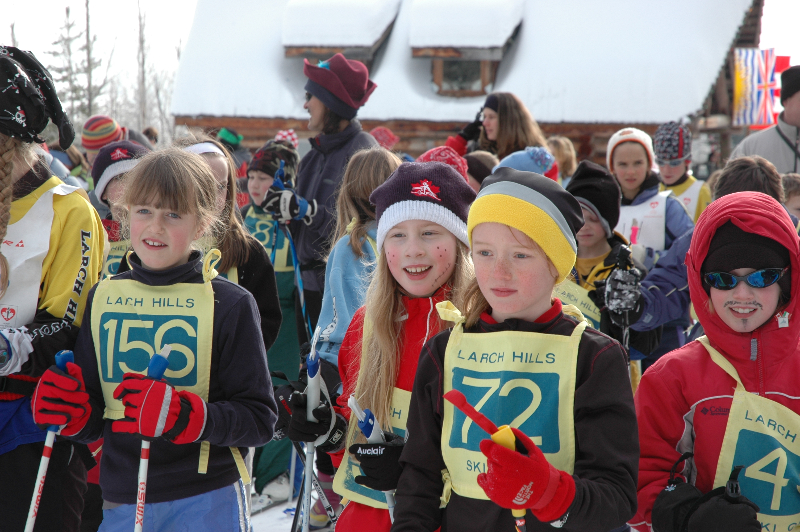 The passion for ski racing in the Shuswap, which helped lead to the creation of the Larch Hills, carries on with the Larch Hills Ski Team that currently has 115 skiers and has won many competitions. Since the two-day long BC Championship began in 1980, Larch Hills has won the trophy eleven times, and for the last seven years in a row! The Midget Team has also excelled, winning the BC Championship for the last eight years. 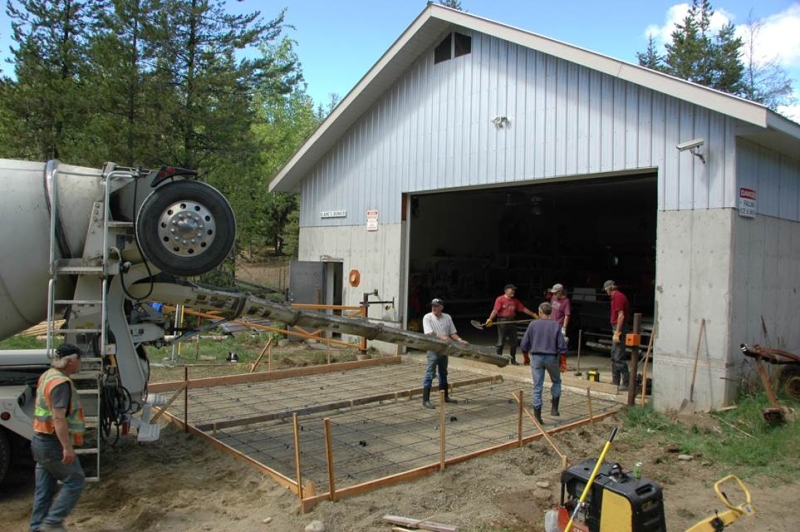 Another improvements to the infrastructure, photo courtesy of the Larch Hill Nordic Society

Since the original chalet was built in 1983 the Larch Hills has seen many changes. In 2007 the chalet was moved to its current location, electricity arrived and Pauline Hickson was contracted to be the full-time caretaker. Her modular home was installed below the parking lot. The following year, the chalet was raised to allow for a basement and the next year indoor washrooms were added. 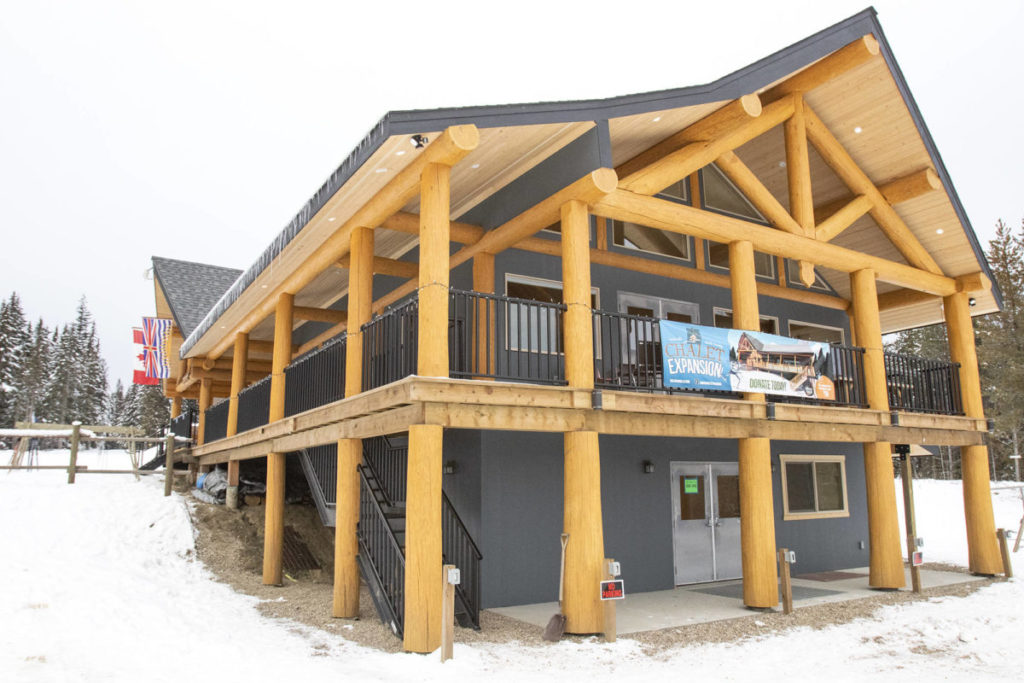 The new addition to the chalet, photo courtesy of the Salmon Arm Observer

The massive log post and beam addition to the chalet was completed for the 2018/19 season. All of these improvements were accomplished through fundraising, some grants and impressive volunteer efforts. The latest proposed project is to provide lighting for many kilometres of trails to allow for night skiing.

Throughout the ski season, there are many events that attract hundreds of participants, including Lantern Ski evenings, the Reino Keski-Salmi Loppet attended this year by over 400 skiers, fun races, the extremely popular elementary school “Pirate Loppet,” and provincial championship races during some years. 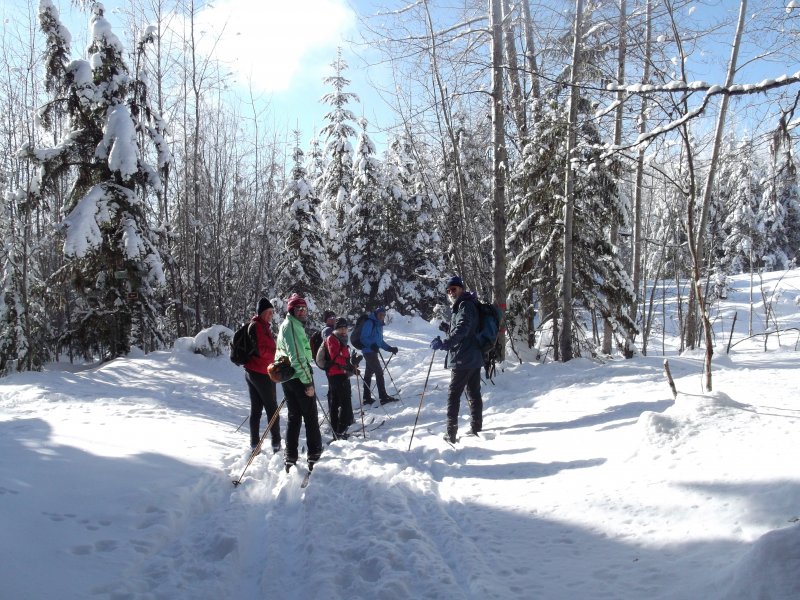 On any day during the season, there can be many organized groups skiing, including the “Wednesday Wenches,” and the Thursday “Geezers.” Plus, on most mornings, local school buses arrive with student skiers eager for some outdoor learning. It is no wonder that there is now a Larch Hills Nordic Society manager on duty, who supervises activities at the Chalet and ensures everything runs smoothly.

The Larch Hills is clearly a key resource for the Shuswap, with its magnificent trail system through both healthy plantations and massive old growth forests. Every year the hills become better known and attract more skiers from afar, and the summer use of the trail network by mountain bikers, horseback riders and hikers continues to expand as well. We can be thankful that there are so many dedicated volunteers that have helped to make the Larch Hills a very popular destination for outdoor enthusiasts. 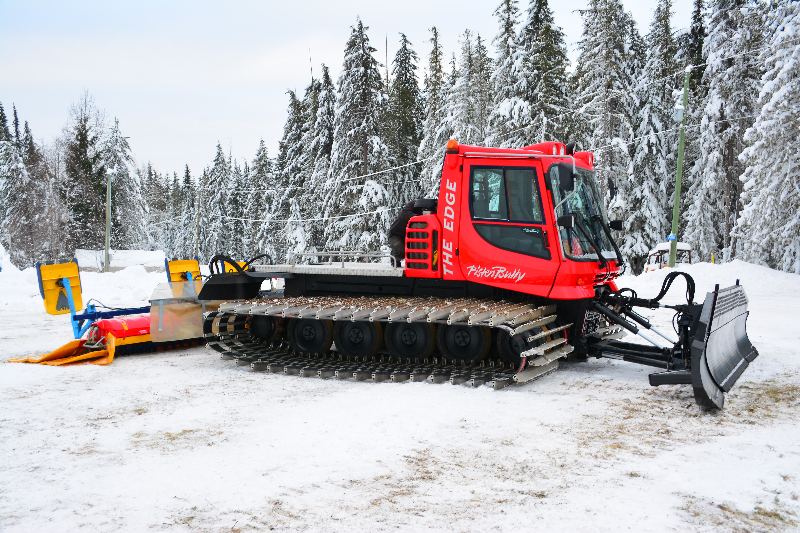 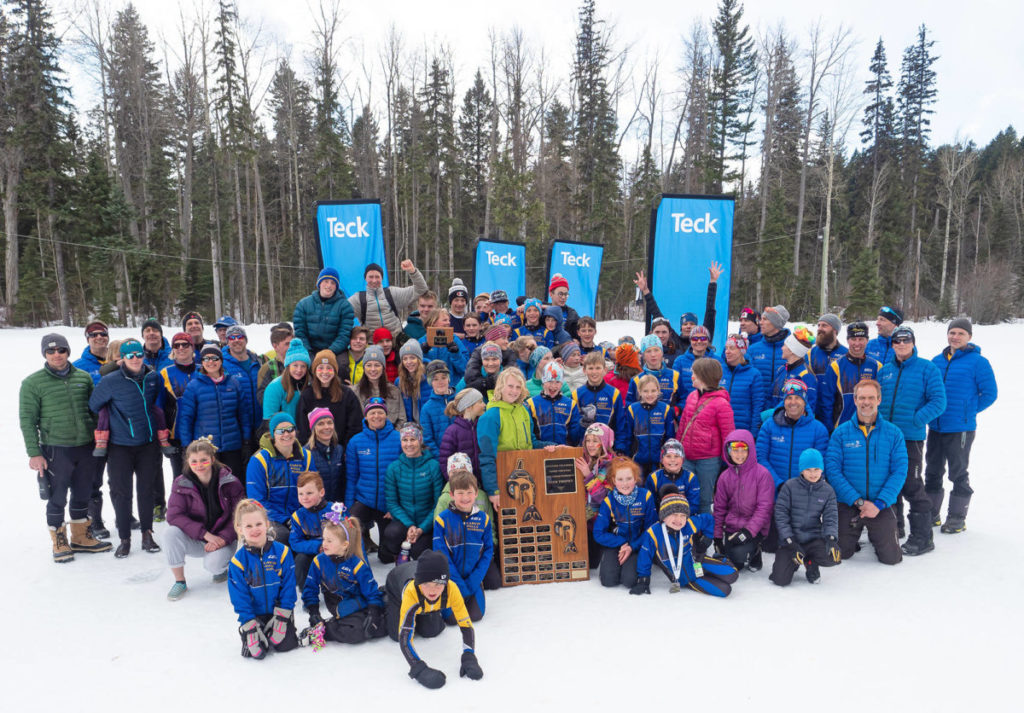 The Larch Hills are indeed one of the Shuswap precious jewels, with its diverse forests, its many trails and volunteer rich societies that helps provide awesome outdoor experiences. Although the ski season faces future challenges as the planet warms, with likely fewer below freezing winter days in the future, there will always be ways to enjoy the trails.