Hockey is thriving throughout the Shuswap

Home » Hockey is thriving throughout the Shuswap 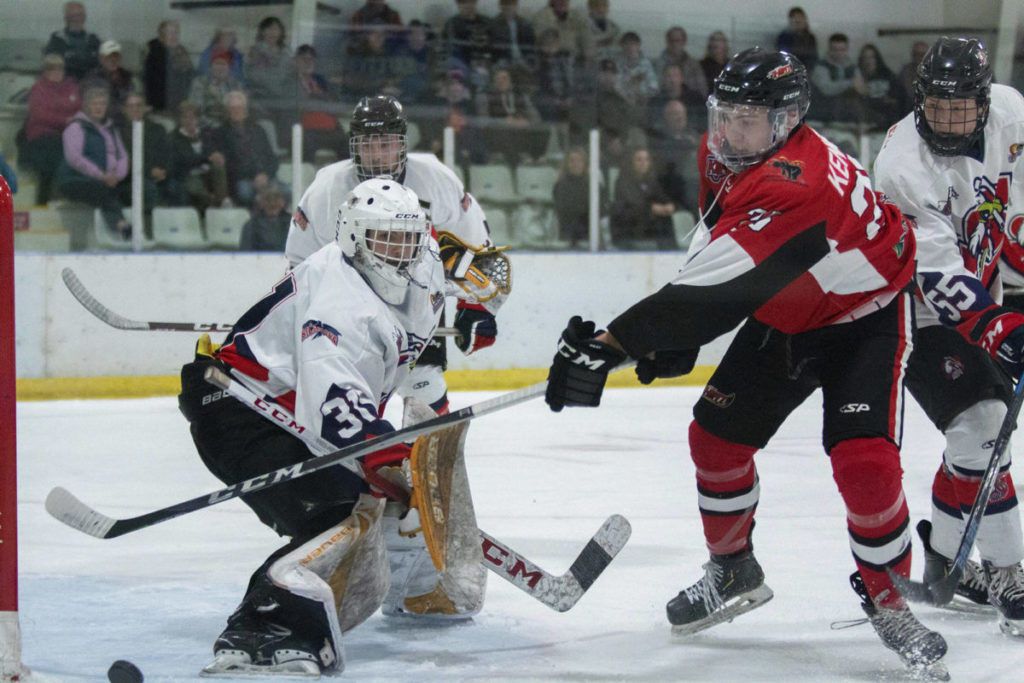 Sicamous Eagles lost to the Chase Heat in Oct. 2019, photo by Rick Koch, courtesy of the Salmon Observer

It was a monumental community effort, but after a few failed referendums, the last one was successful once support funding was secured from two regional districts, and in 1999 the Art Holding Memorial Arena in Chase finally opened. Community support was key, as volunteers did much of the construction, along with local contractors who provided free services. This high level of community support continues as there are three organizations, the Chase Recreation Society, Chase Minor Hockey Association and the Chase Heat Junior Hockey Club keeping the arena busy every day from mid-day to late in the evening. 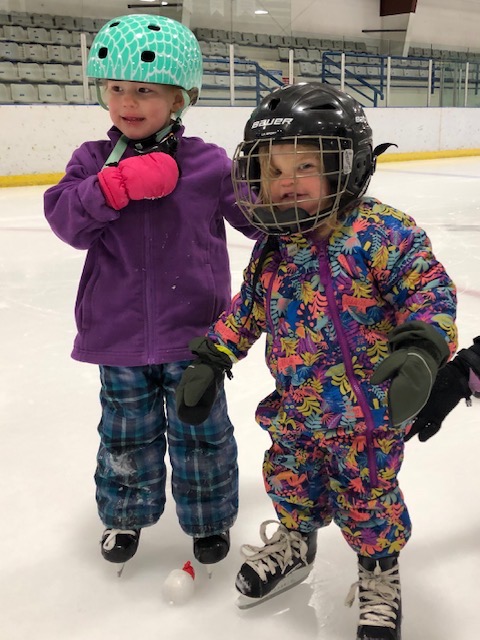 With seven minor hockey teams and the learn-to-skate program, nearly 150 young people utilize the Chase rink during the season, including kids from nearby communities. In addition, there are men’s teams, women’s teams, co-ed teams, students and old-timers playing hockey in Chase. Recently, the mortgage for the arena was paid off, which means the Village and the community organizations will need to draft a new management agreement. 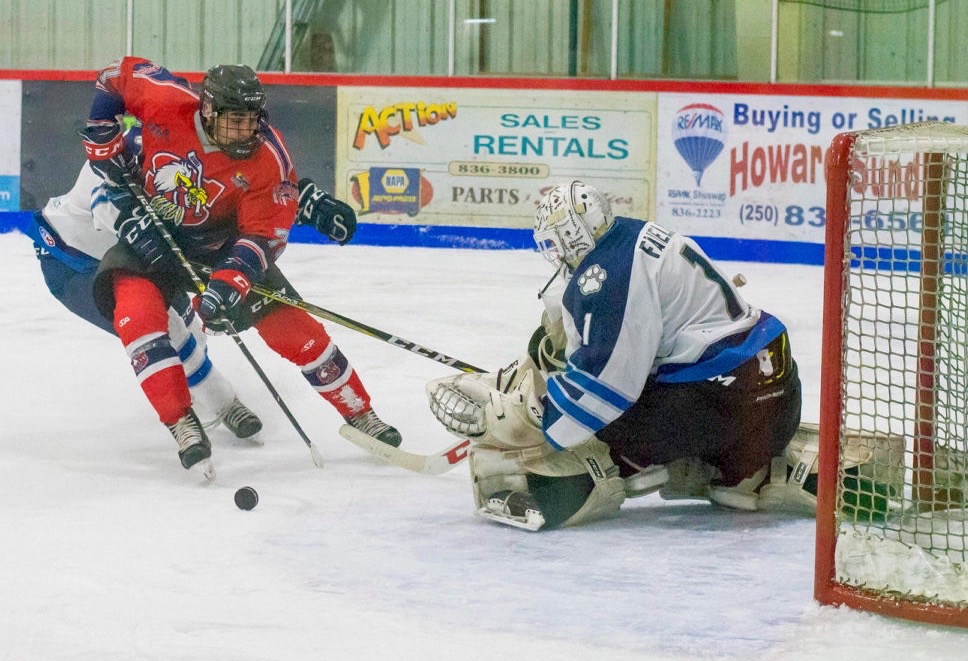 Due to the town’s declining population and school enrolment, there are just two minor hockey teams currently using the rink, along with some adult and old timer teams. Nonetheless, there is a Junior B Hockey team, the Sicamous Eagles who play in a league with the Chase Heat and teams from Kamloops, 100 Mile House, and Revelstoke.

The 900-seat Enderby Memorial Arena was once home to the North Okanagan Kings Junior B hockey team, who won their league championship in 1994, which was their first season. The team moved to Princeton in 2002, where they became the Princeton Posse.

Enderby is part of the North Okanagan Minor Hockey Association, which also includes Armstrong and Spallmucheen. Out of the 11 teams in the association, 7 practice at the Enderby rink and there are 2 to 4 games played there every weekend.

With a population of just close to 2,000, Lumby scores far above its size when it comes to hockey. Over 200 people use the Pat Duke Memorial Arena, including 7 minor hockey teams and the initiation group. Young players appreciate the generous amount of ice time, which can be up to four times a week.

In 2016, as a result of intense community participation, Lumby won the coveted Kraft Hockeyville Canada award that included a pre-season NHL game that was played in Vernon and $100,000 in arena upgrades. It has taken until this year for the award money to be used, as the over-50-year old building was in need of major upgrades including work to stabilize the wooden arches. Fortunately, additional funding was granted from the regional district and the federal Gas Tax Fund, which will be combined with the award money to cover the upcoming $3-million renovation project that includes new change rooms for co-ed tournaments. 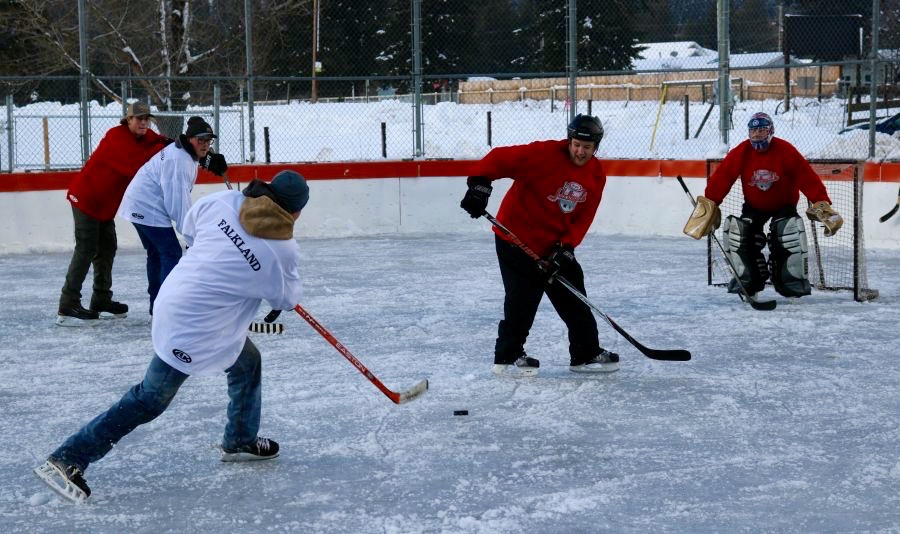 Tiny Falkland wants to become this year’s Hockeyville Canada and they kicked off their campaign on New Years Day with a community hockey game on their outdoor rink, which, since the 1950s, has been in various locations on the stampede grounds. If they win, they have plans to use the $250,000 award to build a roof over the rink, to ease the snow removal work now done by volunteers and to provide shade to help keep the ice frozen. The rink is well used now by the community and visitors for skating and impromptu hockey games. 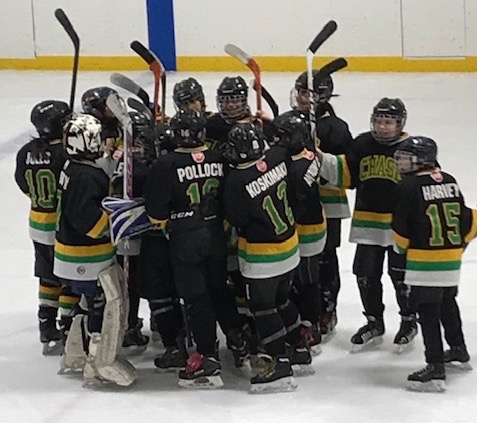 Chase arena hockey volunteers remember fondly back to 2006 when the World Junior Hockey team practiced in Chase. the team won the world championship that year. 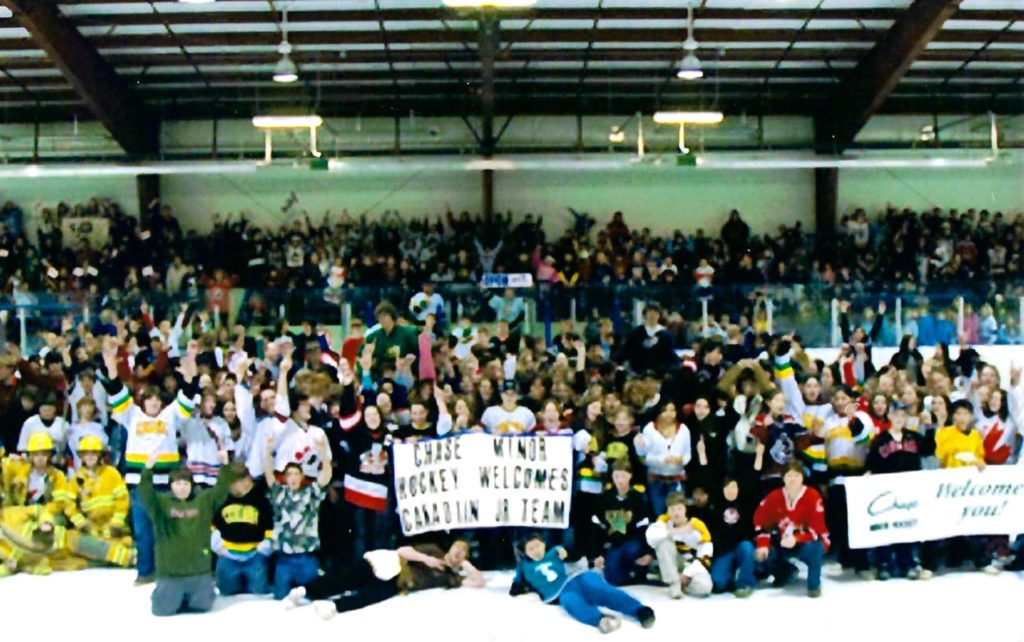 The arena was filled when the Canada World Junior Team practiced,  photo courtesy of Kim Churchill

Throughout the season, the Chase Arena is also used for tournaments, including the First Nation Skate, when Indigenous teams compete. 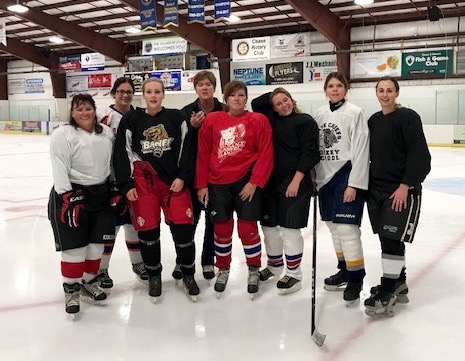 The success of hockey in Chase is an indicator of the changing demographics in the town, as it becomes a bedroom community for Kamloops, thanks to the ever improving highway.