At the centre of the Shuswap – Cinnemousun Narrows

Home » At the centre of the Shuswap – Cinnemousun Narrows 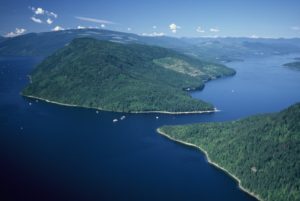 It was a delightful way to finish off the summer, paddling to the ‘centre’ of the Shuswap to experience the unique geographical vibes of the Cinnemousun Narrows. Normally, the Narrows is where the motorized crowd hangs out, as it is the busiest stretch of our waterways. We had thought that since this was the second week of September that most of the tourists would be gone and we could enjoy some peace and tranquility in this very special area, but at the Narrows there was still a bustling plethora of houseboats, speedboats, sea-dos and yachts.

None-the-less, we managed to enjoy the spectacular views, the hike on a superb lookout trail and the water that was still warm enough for swimming. Both sides of the Narrows are within the 738-hectare Provincial Park, which had been enlarged by 209 hectares in the year 2000 through the Okanagan-Shuswap land use plan. There are 28 excellent, upscale camping spots there for the boating crowd and even three rustic cabins that are available on a first come, first serve basis. 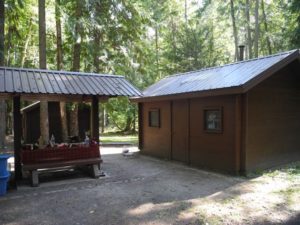 Tied up to the five modern wharfs were a number of impressive yachts and some pontoon boats. But you do not need an expensive motorboat to get there, as the Narrows is just a 40-minute paddle from Ruckell Point on the North Shuswap and is also fairly close to Wild Rose Bay. 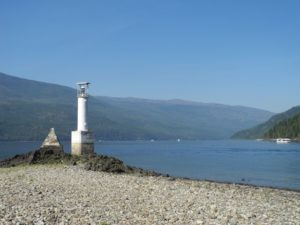 A special spot was Haven Point, as standing on the outcropping of metamorphic bedrock at the tip and looking up at the lighthouse and cairn provided a maritime feel while I switched gazes to look at the Narrows, to the north up Seymour Arm and then west down the Main Arm. The cairn is dedicated to Captain John J. Smith, who was presumed drowned perhaps due to a heart attack, as his body was never found when his boat, The Whitesmith, was found pushed up on shore and out of gas. He was the captain of one of the last sternwheelers on the Shuswap, The Andover. 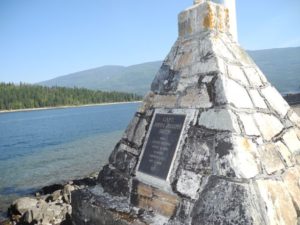 The earliest mention of the Narrows was in a report by government surveyor and explorer Walter Moberly camped at the Narrows in July 1865 on his way to build the trail to the Columbia River gold fields. In his 1892 report on the Shuswap Indians, George Dawson described the Indian meaning for Cinnemousun as “going around a point or bend.” 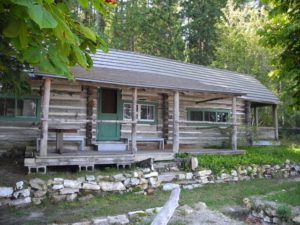 Patrolman’s Cabin
One of the heritage features of the park is the Patrolman’s Cabin, built with logs in 1922 for use by forest ranger patrolmen. It served as the headquarters for monitoring the eastern and northern portions of the lake that were inaccessible by road. Still standing in front of the cabin are the maple and chestnut trees that were planted in 1928. The cabin was still in use by volunteer park hosts who stayed there for the summers up until about 10 year ago. It was the bats in the attic that ended the use of the structure due to health concerns. 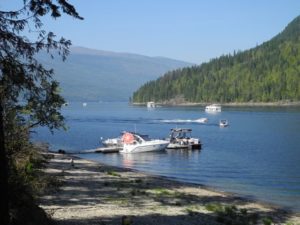 Just east of the cabin on the only sandy beach in the Narrows is the camp for the park operator that maintains most of the Shuswap Marine Parks. This is a popular swimming beach for boaters, but we chose to swim off the wharf on the north side of the Narrows as it was in the sun. 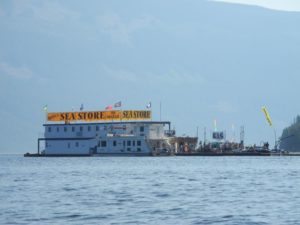 From there we watched the constant flotilla of boats and the hub-up scene at the floating store that sells gas and rents sea-dos and at one point an ultra-light with pontoons buzzed through right over our heads. 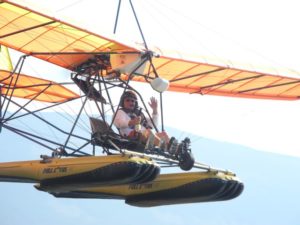 Close to the sandy beach is another cairn, dedicated to Paul Nielsen, who served first as a forest service patrolman and then as the Provincial Park Branch Ranger until he passed away in 1979 at the age of 87.  He was dedicated to protecting the Narrows, which had become part of the park system in 1956, when there were just six camping spots. The cairn was erected by the Royal Canadian Legion in Sicamous and the Kamloops Yacht Club. 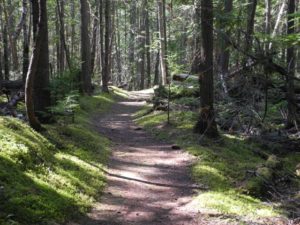 One of the highlights of the day was our hike on the well-trodden, 2-kilometre trail on the south side; where there are remnant stands of giant old growth, fire scarred Douglas fir trees. 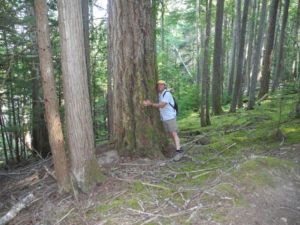 There are two lookouts at the top, one with a view up Anstey Arm that is looked after by the rangers who have to cut down a few trees to maintain the view. There were numerous mushrooms along the trail, including the wild looking, orange lobster mushrooms, that are actually parasites that envelop and feed on other mushrooms within them. 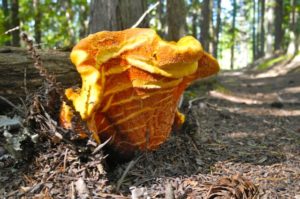 While it is an extremely scenic and special place, the Narrows is not often used for camping. It’s busyness does not provide a remote, wilderness feel and access is limited to those with expensive boats who spend their nights in well-appointed lakeside homes or in modern houseboats. The non-motorized camping crowd can access the site, but most would prefer to camp in areas not frequented by noisy boats. The best time to visit would be earlier or later in the summer season, when traffic through the Narrows is limited. Ruckell Point can be found about about 6 kilometres east of St. Ives, down a narrow road. There is a rarely used log booming grounds there and there is room to turn a vehicle around. This road also leads to the Ruckell Point Scout Camp driveway.