Mountain Caribou on the brink

Home » Mountain Caribou on the brink 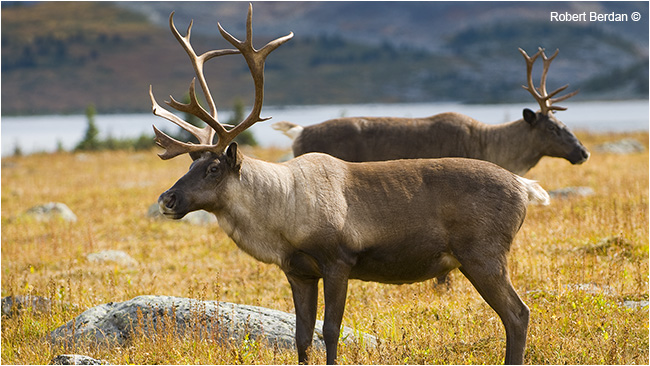 On February 2, 2017, the BC Government announced it will provide $27-million to boost mountain caribou recovery efforts. The additional funding will be invested in the ongoing program that includes habitat protection and restoration, maternal penning, predator management, research and monitoring and increased compliance and enforcement. While the environmental community welcomed the announcement, there is a growing concern that it may be too late to save this iconic ungulate species from extinction. 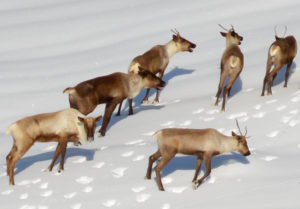 Mountain caribou occupy large patches of mature and old growth spruce and balsam forests at high elevations throughout most of the year, where they have adapted to the deep snow and rugged terrain. During the long winters, when the snow has consolidated, the caribou’s relatively large hooves allow them to travel on top of the snow pack and feed exclusively on arboreal lichens from the branches of older trees. They only move to lower elevations to feed on green vegetation during the spring and early winter when the higher elevation snow has not yet consolidated. 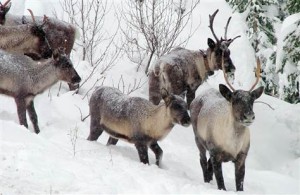 The statistics reveal the truth, as the numbers of Southern mountain caribou have plummeted in recent decades. At one time, there were tens of thousands of caribou throughout the province that ranged in herds from the alpine to valley bottoms. Intensive hunting reduced their numbers substantially until it became illegal to shoot them. Once logging began moving into higher elevations, their numbers dropped further due to habitat loss and increased predation. Since 1995, when the first count showed approximately 2,500 southern mountain caribou, the numbers dropped to 1,900 in 2006, 1,540 in 2014 and only 1,300 in 2016. 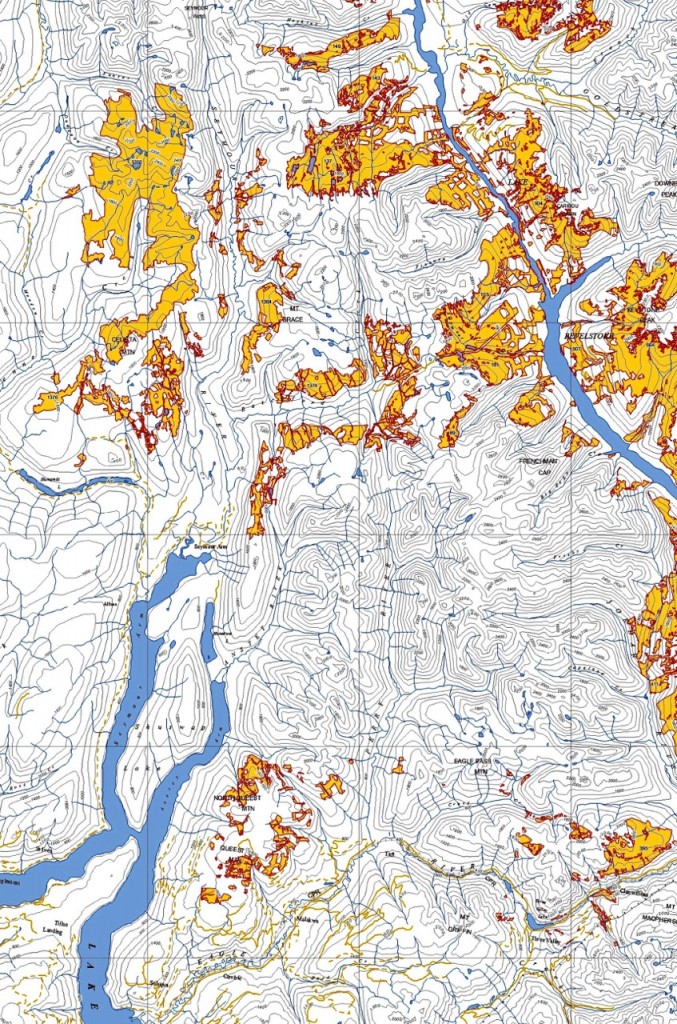 Here in the Shuswap, mountain caribou can be found in the Monashee Mountains north of Malakwa at Queest Mountain and on the Grace Mountain plateau east of the Seymour River. Nearly all the caribou are likely extirpated to the south in the Shuswap River highlands. The Shuswap herd is part of the Columbia herd that ranges north of Revelstoke. As a result of efforts that began with land use planning in the late 1990s that was followed by a research project and finally the 2007 provincial recovery plan, 10,000 hectares of old growth sub-alpine habitat was protected in the Shuswap. 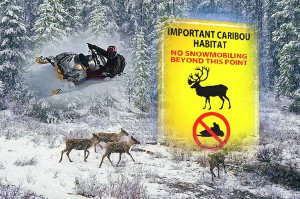 Despite the additional protected habitat, mountain caribou continue to be decimated by predators. When logging began to creep up the mountainsides, moose and deer moved up the roads and wolves and cougar followed, finding the caribou to be an easy prey. Consequently, logging has been a double blow to the caribou, by reducing the source of winter food and by increasing the number of predators. 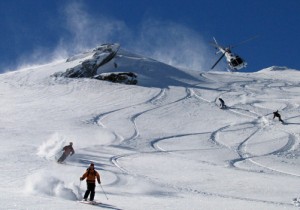 Another concern is the impact from motorized recreation. Snowmobiles create tracks that also make it easier for wolves to move into the alpine and the activity itself can cause stress for the animals.  And despite the protection from commercial logging, heli-ski and snow-cat ski operations may be able to log in caribou habitat to provide more areas for skiing. And without adequate compliance and enforcement, some sledders still venture into protected areas.

One component of the recovery plan, killing wolves, has become increasingly controversial. Predators like wolves perform a key ecological role in the web of life and removing them could result in unanticipated, negative impacts. In addition to the ethical concerns about shooting wolves from helicopters, removing them may not actually protect the dwindling number of caribou. Many conservationists would prefer that more habitat be protected and insist that predators should only be removed if the need is apparent after intensive monitoring.

Caribou pen near Revelstoke
When the only way to save a species is to capture animals and raise them in pens, the chances of survival are slim. The BC Government’s recent cash infusion can be seen as a last ditch effort to save the Southern mountain caribou. Decades of resource development have resulted in the near extinction of North America’s reindeer. Unless the BC Government gets serious about protecting additional habitat and improving its enforcement of motorized recreation restrictions, it is possible that we could witness the endgame for the mountain caribou.

Another strategy to protect mountain caribou is better management of moose populations. Rducing the numbers of moose near where caribou live will discourage wolf predation of caribou.

The situation for mountain caribou is extremely grim. At the current rate of population decline, this once magnificent species could be gone in less than two decades. Here is the BC government press release regarding the recent cash infusion:

Demonstrating the province’s commitment to species-at-risk, the Province is investing $27 million on a comprehensive, caribou recovery program, Premier Christy Clark announced today at the 14th Annual Premier’s B.C. Natural Resources Forum.
“We’re taking action to protect the long-term survival of the woodland caribou,” said Premier Clark. “We’ve already invested millions of dollars and set aside critical habitat, but stronger action is required to reverse population declines, and ensure that our children and grandchildren have the opportunity to experience these animals in the wild.”

The comprehensive program will build on existing efforts and will have five key components:

Critical caribou habitat protection and restoration
Maternal penning
Predator management
Research and monitoring
Increased compliance and enforcement
“Caribou recovery is complicated by numerous factors including habitat alteration, climate change, increased predation and competition from moose, deer and elk,” said Minister of Forests and Lands and Natural Resource Operations, Steve Thomson. “By investing $8 million this year, and another $19 million over the next two years, B.C. is making a clear statement that it is serious about caribou recovery.”

“These iconic creatures were once one of Canada’s most widespread species, found in over 80% of the country,” said Environment Minister Mary Polak. “Today, many of the province’s herds are at -risk of disappearing altogether. We are taking the necessary steps to protect caribou habitat and working to ensure that economic development activities can continue without compromising caribou recovery efforts.”

The B.C. government is committed to actions that will help recover populations of species at risk. The additional investments in caribou recovery will try to reverse the decline in caribou populations. Today there are some 19,000 caribou in the province, compared to between 30,000 and 40,000 at the turn of the last century.