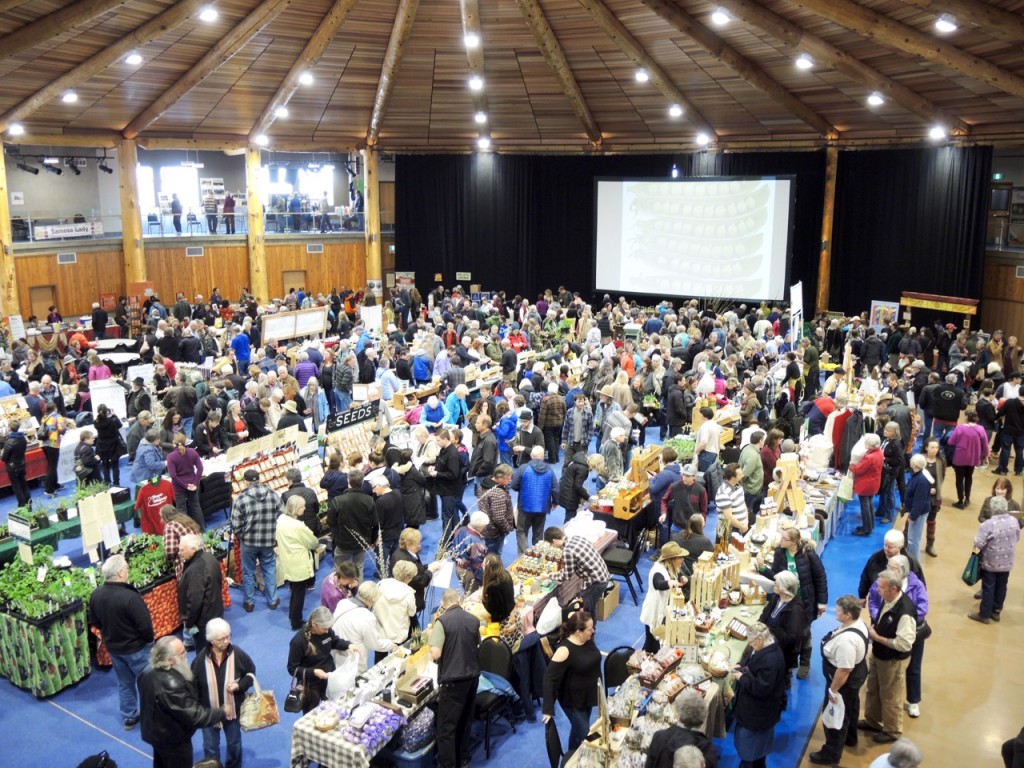 It was inspiring to spend a day inside the massive Splatsin Centre with hundreds of people, all eagerly awaiting the arrival of spring. The 23rd annual Shuswap Seed Swap held on Saturday, March 4th was a huge success, as in addition to the significant sales of seeds, produce, tasty food and handmade items, the many participants enjoyed meeting up with friends and sharing information about sustainable living. 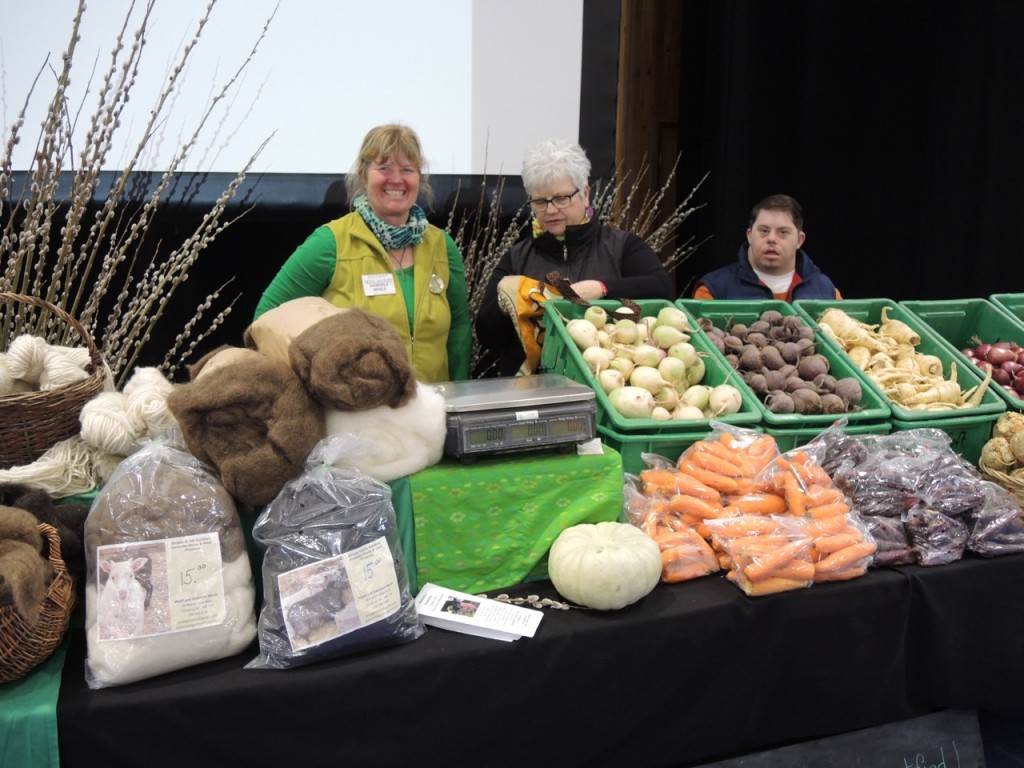 While the event included farmers and merchants from adjacent communities, there were many from the Shuswap, which indicates that growing organic fruits and vegetables is becoming increasingly popular. The variety of farm products is also increasing. There were tasty root crops, garlic and apples for sale, as well as honey, eggs, baked goods, cheese, herbs, hygiene products, juice, wildcrafts, wool, candles, jams, bedding plants and sustainably raised beef, pork and lamb. 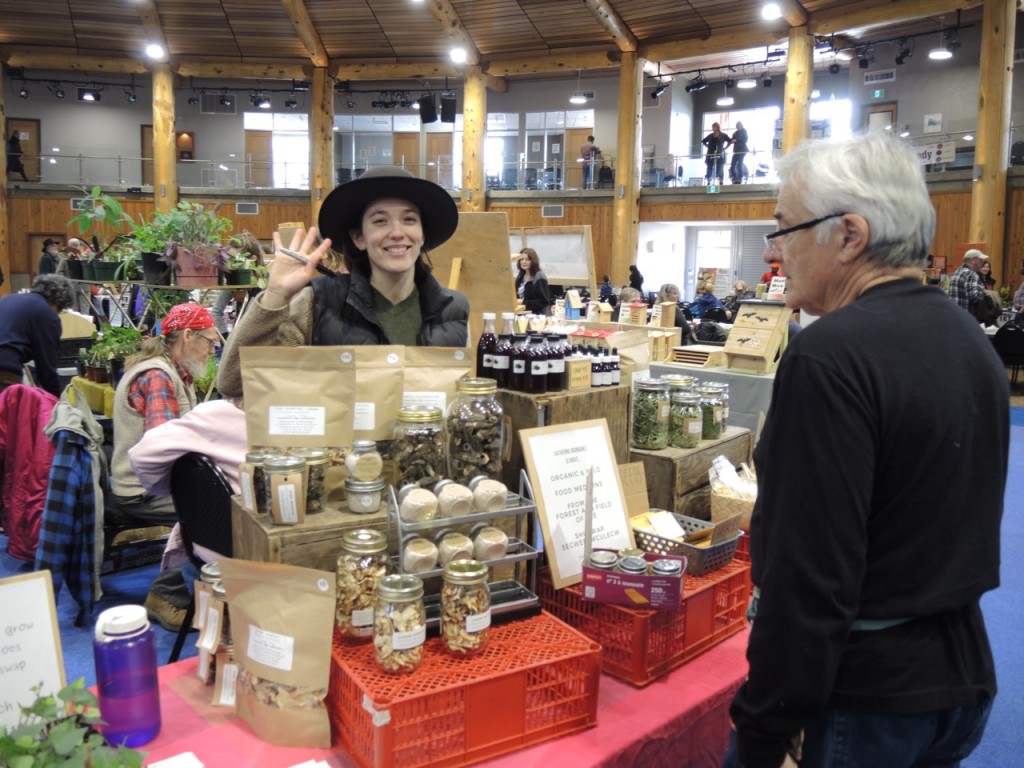 The organization behind the event, Shuswap Seed Savers, began after a 1994 workshop on saving seeds was held at Green Croft Gardens in Grindrod, led by seed expert Mojave Kaplan from Lytton. The late, well-known community activist June Griswold attended and was inspired to work with other local growers to organize Shuswap Seed Saver events. 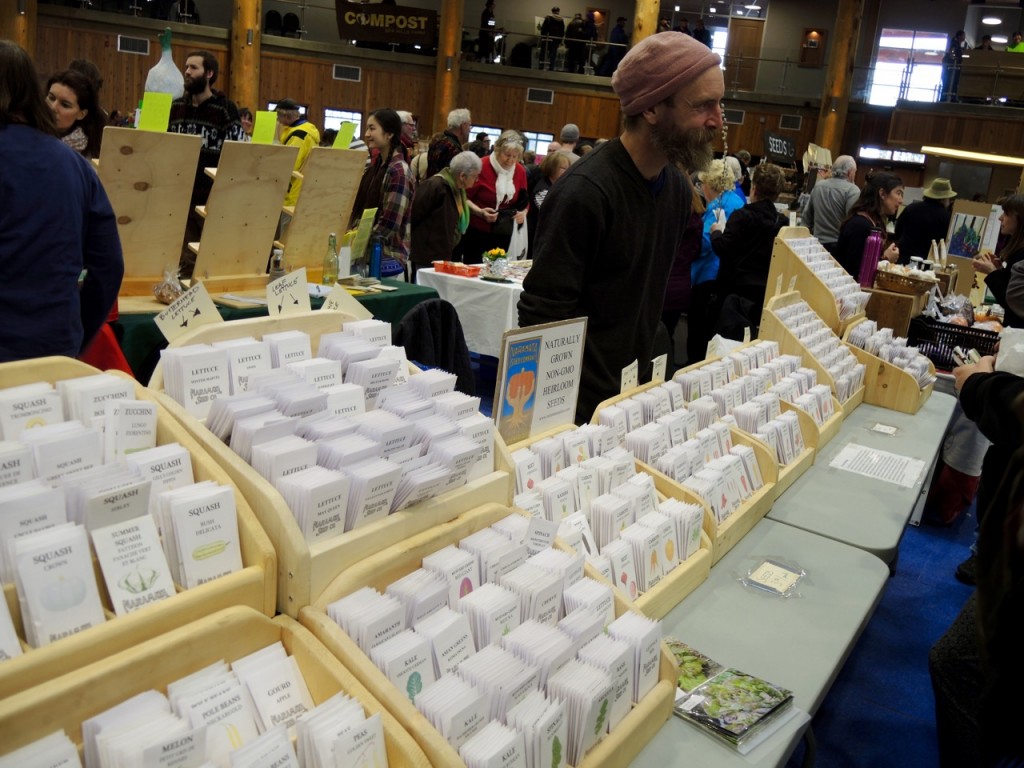 The local seed saver movement began slowly, with just 40 people in attendance at the first seed swap in 1995. Since 2007, when the turnout was 300, the event grew rapidly, moving to larger and larger venues. There were just over 2,000 people in attendance at the event this year, the second one at the new Splatsin Centre. Organizers Brenda Firth and Gabriele Wesle explained how their main goals are education and networking, as they hope to raise awareness about the importance of saving seeds and the benefits of sustainable gardening and agriculture.

With concerns increasing about many plant varieties becoming extinct as a result of multinational corporations buying up seed companies and reducing the numbers and quality of natural seeds, the movement to grow seeds and endangered heritage fruit and vegetable varieties is expanding. There are many benefits to using natural, open pollinated varieties of seeds, including better survival, as the crops grown are more able to adjust to environmental changes such as global warming. 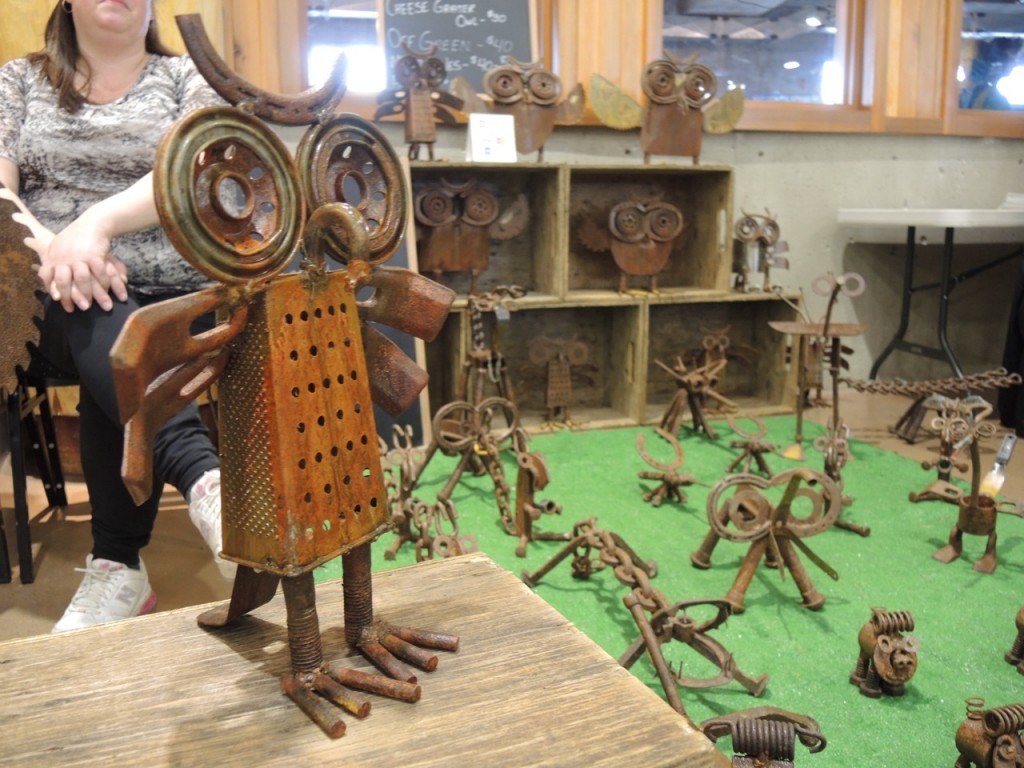 There were 120 tables in use, including those for the silent auction and the popular community seed swap where growers exchange seeds. The majority of the tables were for seeds and other farm products. There was also a great selection of lunch dishes, including Secwepemc tacos, sushi and East Indian delicacies. The metal work was creative and fascinating, especially the small sculptures and handy garden tools. 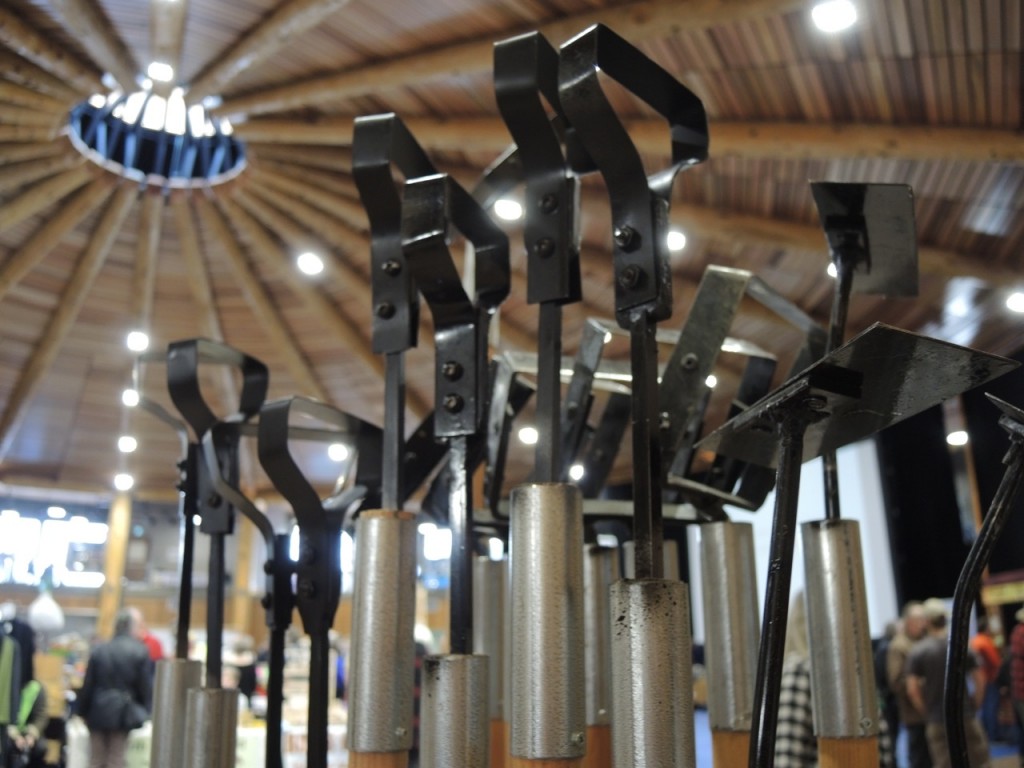 Mojave’s seed table attracted much interest, as they had a large seed separator on display.  By adjusting the baffles and screens, the device can separate just about any seed from the dried plant material. Mojave continues to work with groups around the province, bringing farmers together to plan for successful seed growing. She was also one of the presenters at one of the five sustainable agriculture workshops held at the Shuswap Seed Swap. 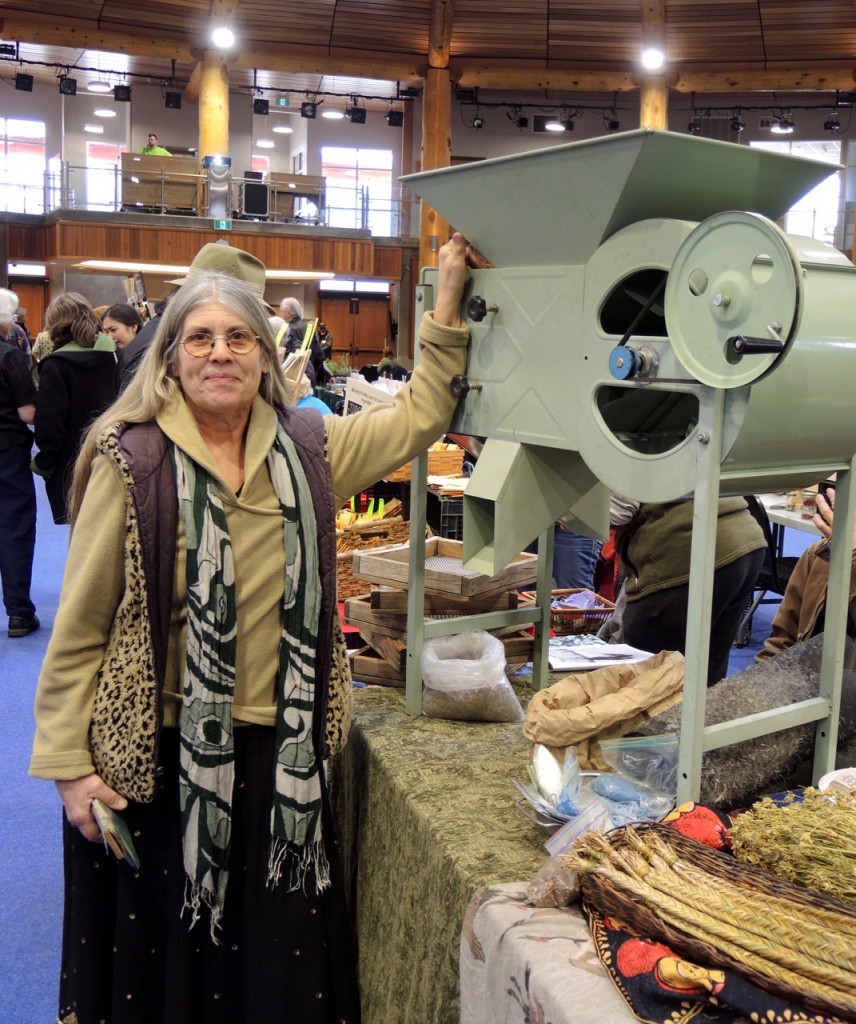 With the funds raised from the event, the Shuswap Seed Savers award an annual scholarship to a local graduate who is interested in agriculture and they sponsor events and participate in local fall fairs. In addition, their seed bank provides seeds for local community gardens and shares seeds with groups across Canada. 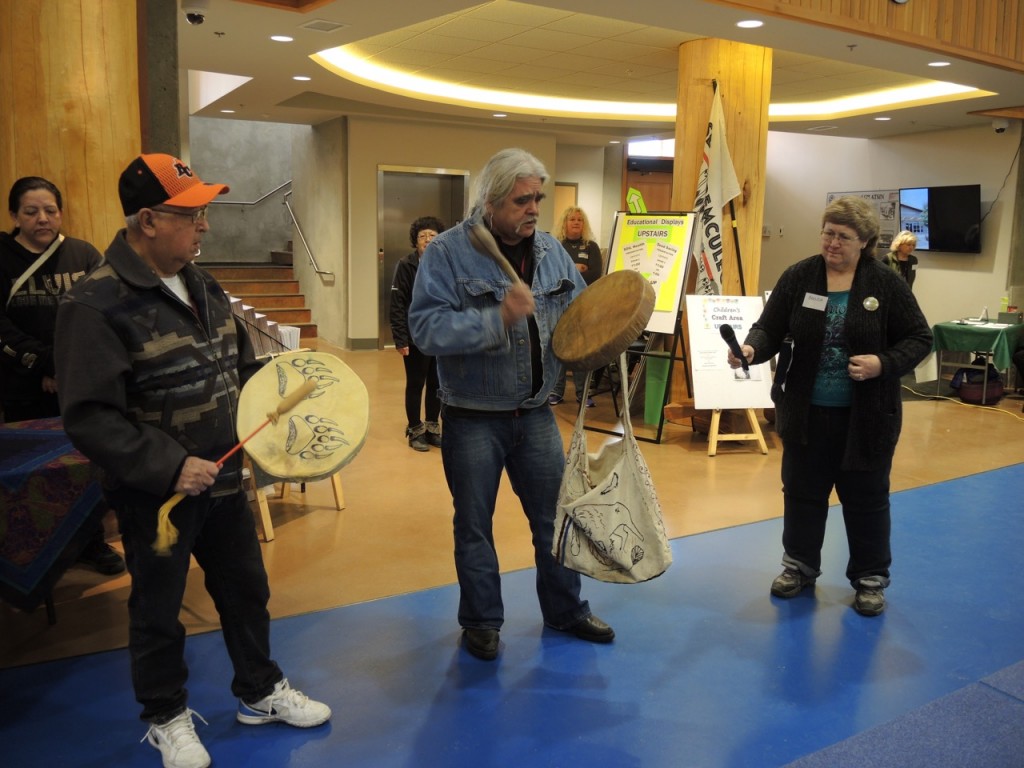 The Shuswap Food Action Co-op also promotes sustainable agriculture and works to raise awareness about food security issues. It is currently sponsoring a series of six weekly free forums at Okanagan College in Salmon Arm between 7 and 9 on Wednesday evenings. Upcoming topics include Growing and Preserving Food, Food Literacy and Food as Medicine. It is wonderful to witness the mounting interest in both saving seeds and growing healthy organic food in the Shuswap.

There are a number of provincial and national initiatives that promote seed growing and saving. The BC Eco Seed Co-op’s mission is to increase the quantity and improve the quality of organic seed in the province and it has seeds available to purchase online. BC Seeds is a project of the organization, Farmfolk Cityfolk, which offers a seed mentorship program that provides advice, in-field experience and other training opportunities. As well, the group sponsors Citizen Seed Trials as a tool to determine the best vegetable varieties to help farmers make informed choices. Seeds of Diversity is a national organization that applies new research and improved techniques to preserve, perpetuate, study and encourage the cultivation of heirloom and endangered varieties of food groups. 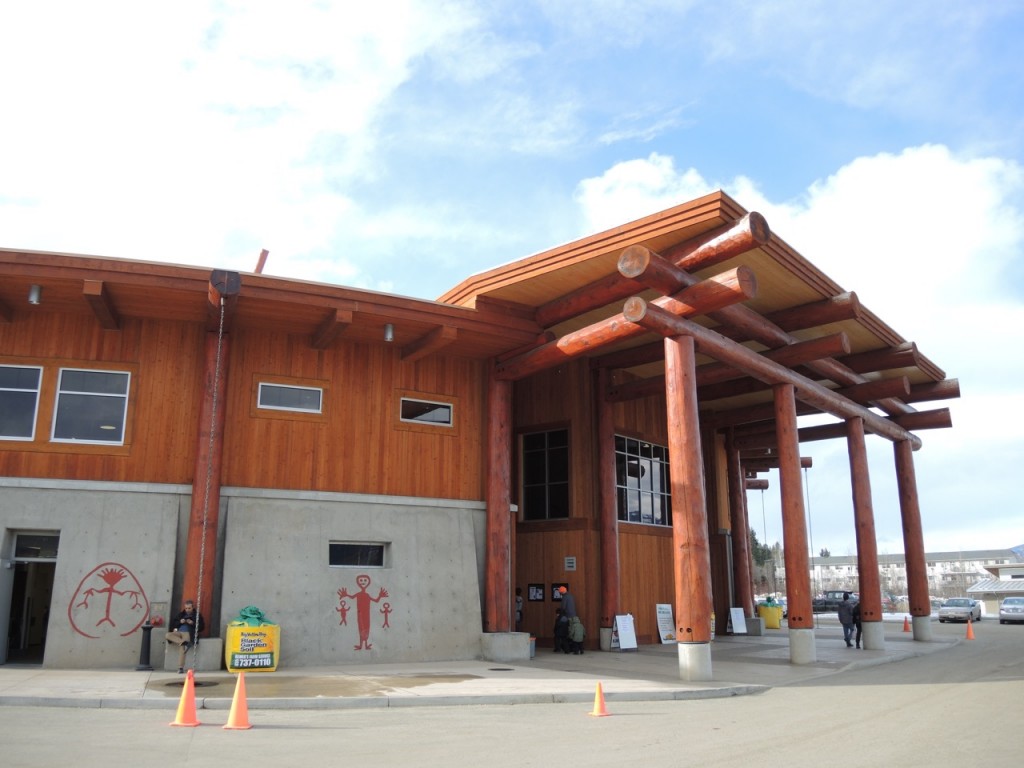