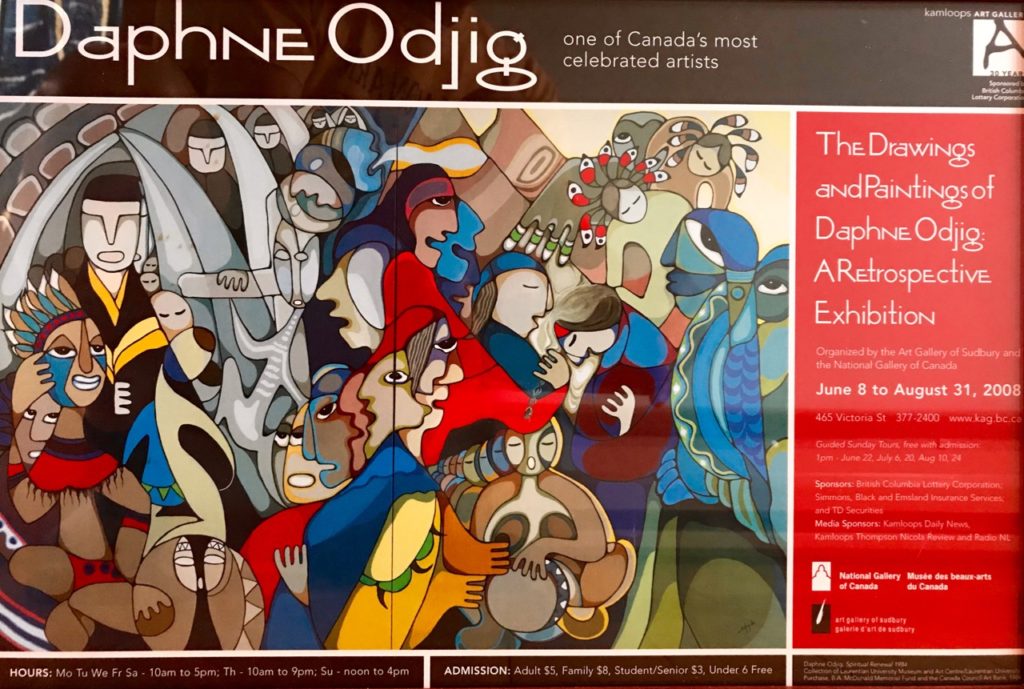 There is an abundance of spectacular scenery to inspire marvelous art in the Shuswap and thus it is no wonder that so many great artists have chosen to live and create here. Perhaps one of the best examples of an acclaimed artist that moved here is the late Daphne Odjig, who lived in Angelmont from 1976 to 1999. Not only is her work exhibited in galleries across Canada and was featured on Canadian postal stamps, she also received numerous awards and honours, including the Order of Canada.

A self-taught Indigenous artist from Ontario influenced by Picasso, who was also a fan of her, Odjig developed a unique style that blended bold colours, black outlines and abstract imagery to create paintings that depicted Aboriginal mythology, history and values. As Lisa Figueroa explained, “Daphne Odjig made it clear than an artist could live in a remote location and still have her voice heard. She helped put the Shuswap on the international artistic map and led the way for the rest of us.” 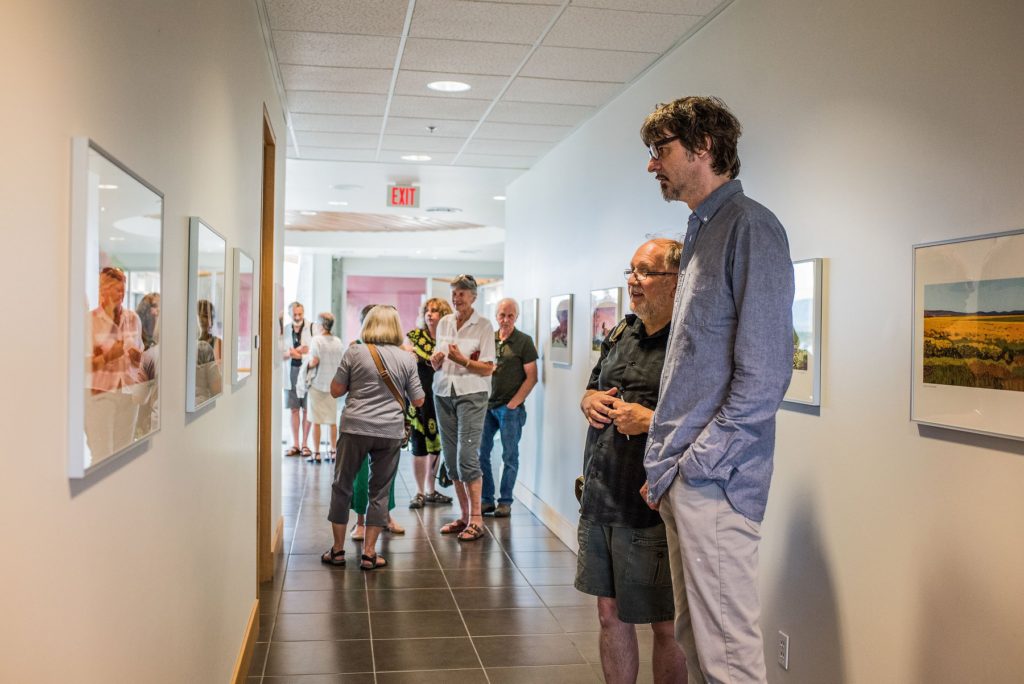 Otto Pfannschmidt and Lorne Reimer checking out the exhibit at city hall, photo by Kristal Burgess

It is not easy for artists living in small communities to make a living selling their art, unless they can find success in parallel careers, which is what the very talented Otto Pfannschmidt has done. With his degrees in Visual Communications and in Fine Art, Pfannschmidt is both a highly skilled and creative graphic artist as well as an imaginative visual artist, whose work is familiar to many of us. Not only did he design my book, Everything Shuswap, his whimsical designs have often been used for calendars and Roots and Blues Festival posters and promotional materials. 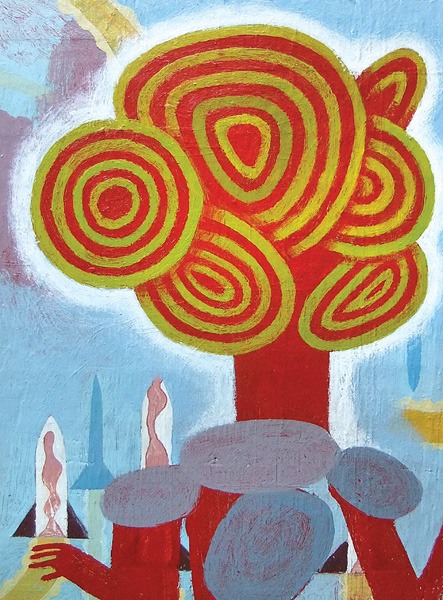 Local products such as wine and cheese have unique packaging designed by Pfannschmidt and his paintings of the Shuswap commissioned to celebrate Canada’s 150th anniversary form a permanent exhibit on the second floor of the Salmon Arm city hall and courthouse building. The Shuswap is fortunate to have such a gifted artist contributing so much to our community, thus making it an even better place to live. 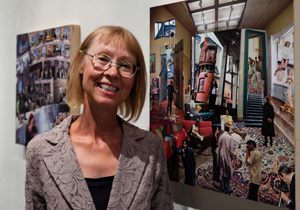 Not only is she a popular local classical and jazz pianist, Jen Dyck is also gaining recognition as an extremely creative and unique visual artist whose work has been shown locally, as well as in Calgary, Toronto, New York City, and Virginia. While she does sometimes work with acrylics or pastels, her primary medium is collage. Dyck describes her artwork as narrative in nature with a focus on the human condition and often she utilizes dreams for inspiration. 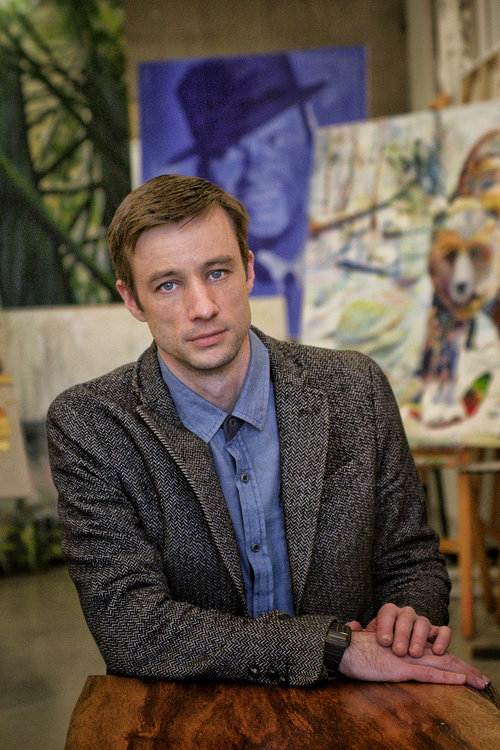 It could be said that most everyone has hidden artist talents, and if given the opportunity could produce worthwhile art under optimal circumstances. Fortunately the Shuswap now has the Meikle Studios that is open to the public for painting classes and parties. Located downtown on Lakeshore Drive, the studios or “local art house,” is run by self-taught artist Adam Meikle and his wife Jenna, who came here from Alberta in 2016.

As most every artist appreciates opportunities to market their art, Lori Talerico’s gallery and studio on Marine Park Drive in Salmon Arm provides that key function. A full-time artist, Talerico’s landscape and portraiture paintings range from realistic to expressionistic. In addition to selling local and Canadian art, she offers classes for emerging artists.

Another excellent local artist whose work has been widely exhibited is Joyce Dorey, whose paintings focus on the beauty she finds in her garden. It was not until later in life that attended art school at Emily Carr University of Art and Design and also the Winnipeg School of Art. Influenced by the work of Georgia O’Keeffe, her bold, colourful paintings of flowers can fill viewers with joy. 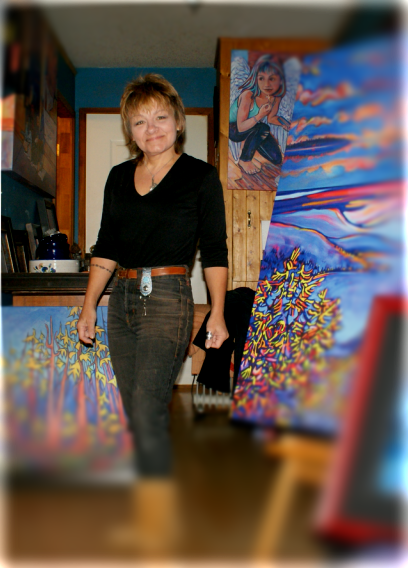 Over the years, Lynn Erin has helped to promote the North Shuswap with her delightful and at times, profound art. A multi-media artist, whose work includes acrylics, sketches, watercolours and sculptures, Erin was trained in Manitoba and moved to the Shuswap in 1990. Her art pieces are in collections around the world and have won many awards. For a number of years, her Fireweed Gallery provided a cultural hub for the North Shuswap community and is currently an online venue. 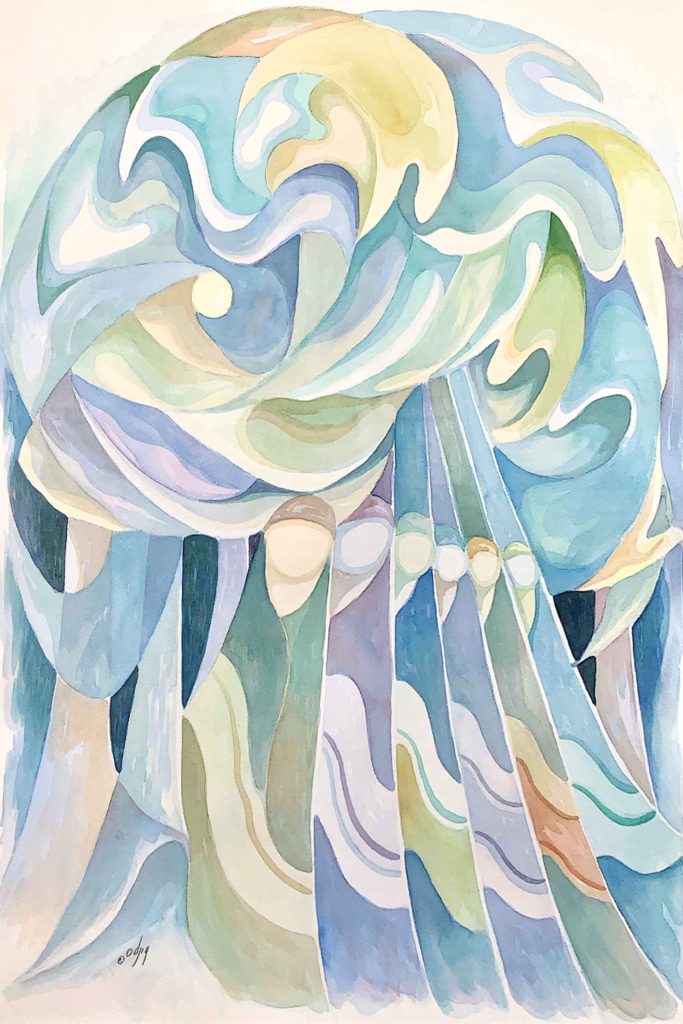 I had the good fortune to meet Daphne Odjig twice. She and her husband attended two celebratory dinners with us. In the mid-1990s, the Shuswap Environmental Action Society held a fund raising event to support wilderness conservation efforts that included an art auction and dinner. Daphne contributed one of her prints. She was a very gentle soul and had a lovely demeanour. During the years she lived in Anglemont, she operated a gallery in a building at the Anglemont Marina, which was a bonus for the community. 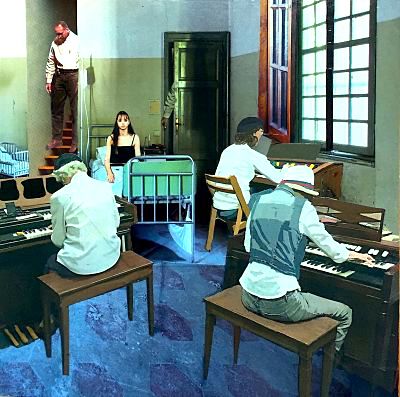 Here is the statement about Jen Dyck’s art from her show at the SOPA Gallery in Kelowna: Looking closely at the content in Dyck’s work, some pieces feel like fables, except there is no text to tell us what the moral is. Some images evoke old-fashioned nostalgia, reminiscent of the silent movie era. Many scenes hint of political issues, mixed with an entertaining dose of cheekiness. As if Charlie Chaplin were being directed in a movie by Norman Rockwell. But it’s Dyck’s exceptional ability to create three dimensional scenes out of random and unrelated bits, that immediately draws us in. The moral might simply be to enjoy creativity at its finest. 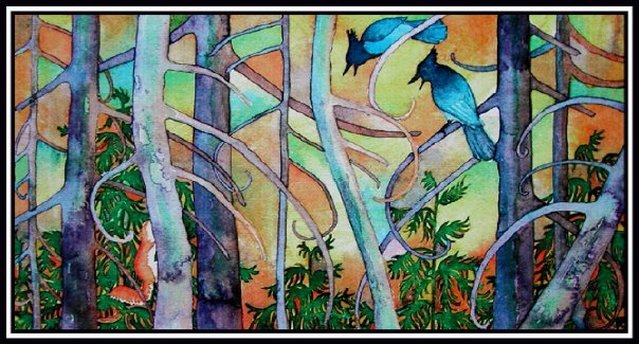 Lynn Erin is a good friend of ours and we have been most appreciative of her art, including the backdrops she painted for our summer drama camps with the students and another local artist, Julie Farr. Plus we have two of her works displayed on our living room wall. Her Firewood Gallery was a fun place to experience, especially during one of the music evenings held there. For a few summers, Lynn and her former partner, Sylvain Vallee, held weekly outdoor music shows that were very popular.