Shuswap’s own “Group of Seven”

Home » Shuswap’s own “Group of Seven” 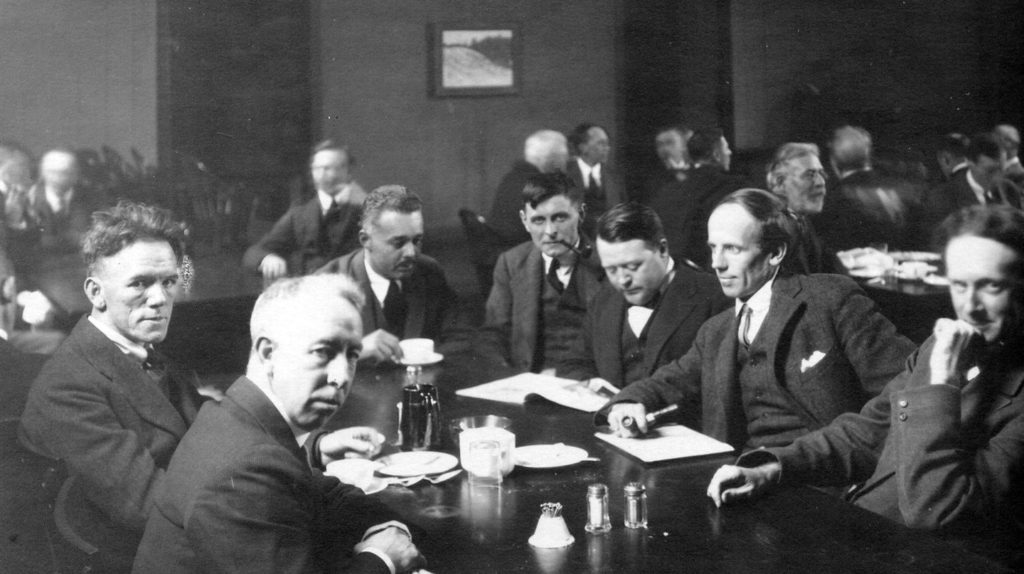 True pioneers of the Canadian art scene, the Group of Seven were extraordinary landscape painters who collaborated together from 1920 to 1931. Three more artists joined in later years and two other artists, B.C.’s very own Emily Carr and Tom Thompson who inspired the group to focus on Canada’s unique natural landscape but died young, were closely associated to the group. There are also seven contemporary Shuswap artists who have achieved significant recognition, although they do not all collaborate as the original group did. 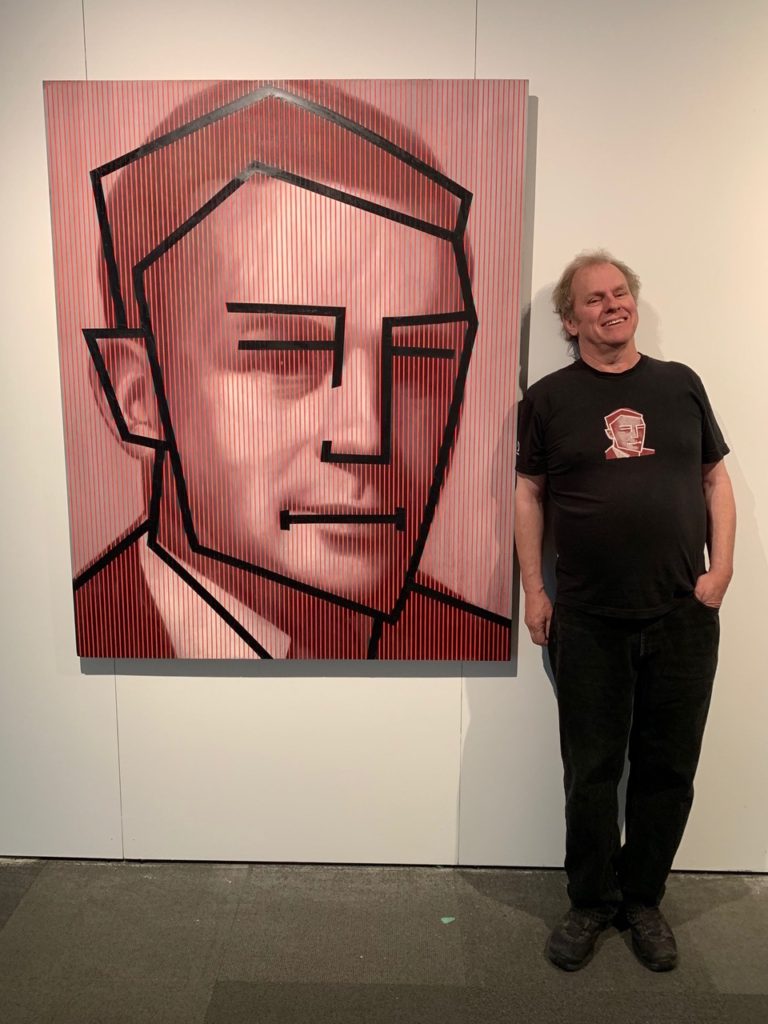 Now a widely acclaimed Calgary-based artist, Chris Cran was raised on a small farm on the outskirts of Salmon Arm, where he was encouraged to take up painting by another highly respected Shuswap artist, Herald Nix. Defying most labels, Cran’s work was described by the New York Times as “tampering with people’s perceptions.” In 2016, the National Gallery of Canada hosted an exhibit of his works entitled “Chris Cran, Sincerely Yours,” and the gallery has over 20 of his paintings in its collection. 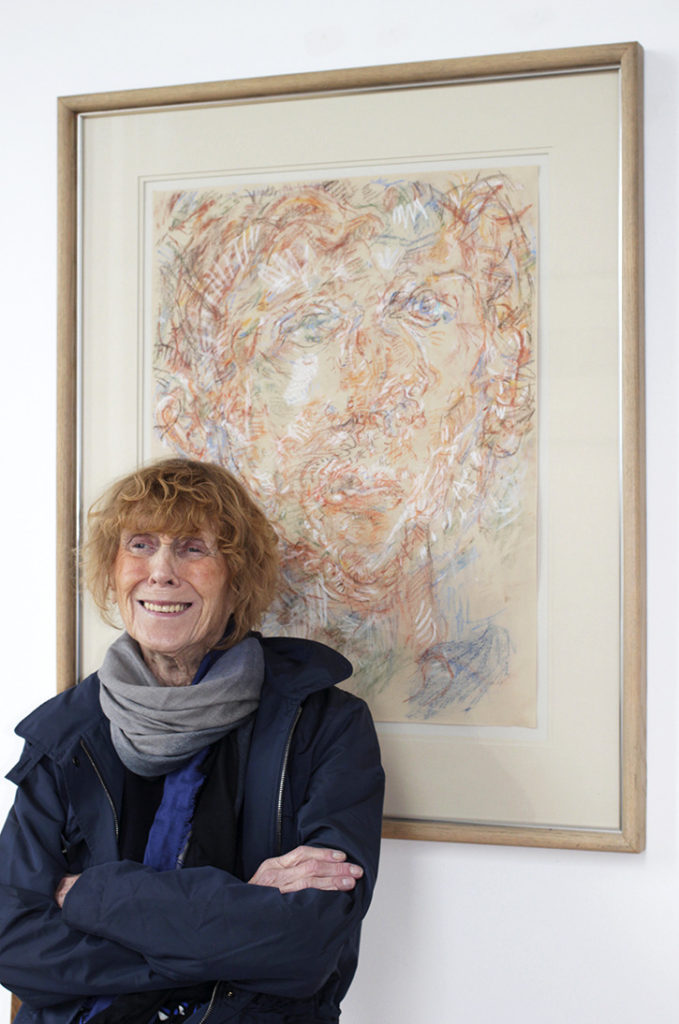 Ann Kipling, Born in Victoria in 1934, Ann Kipling is a well-recognized artist who lived for many years in Falkland and has had numerous shows in the lower mainland. Many of her drawings that can also include watercolour washes or gauche are produced en plein air and combine elements of realism and abstraction, with some resembling Chinese landscape art. 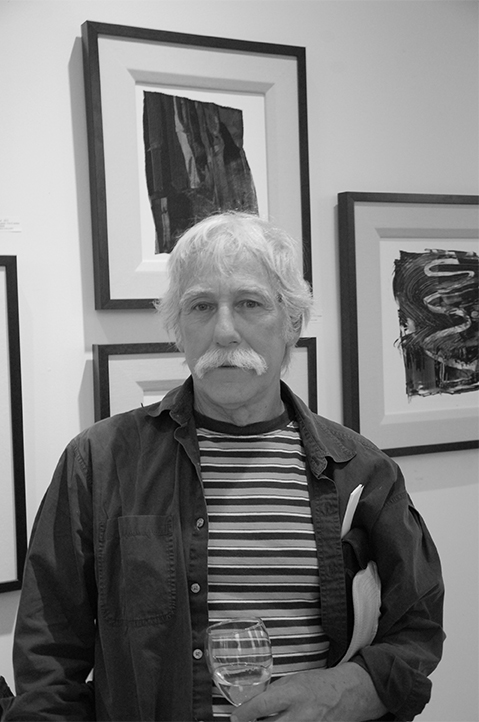 When one of Shuswap’s best-known artists, Steve Mennie, went to the Ontario College of Art in Toronto he found that he had already been exposed to many of the key principles thanks to his high school art teacher, Miss Hoadley. For much of his career, Mennie focused on realism, with subjects that ranged from local landscapes to figurative to street signs and furniture, many with a touch of humour added. He is also an accomplished serigraph print maker and for the last two decades he has added non-figurative paintings to his repertoire, with many of his works hanging in local landmarks including the Salmon Arm City Hall. 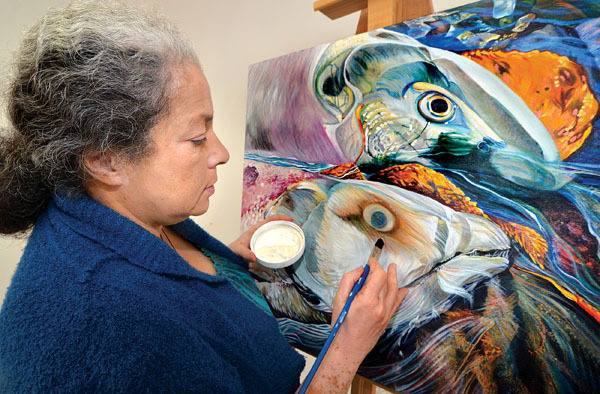 Lisa Figueroa working on her painting, “Spawned to death”

The Salmon Arm Arts Centre’s artist-in-residence, Lisa Figueroa, works full-time as an artist and her vivid, colourful, stylized paintings that include landscapes, florals, nudes, wildlife, and abstracts have been shown in galleries throughout the province. She explains how visual art begins with developing an ability to see the magic in the world and then capturing that moment on canvas so that magic becomes apparent and pleasurable to the viewer. 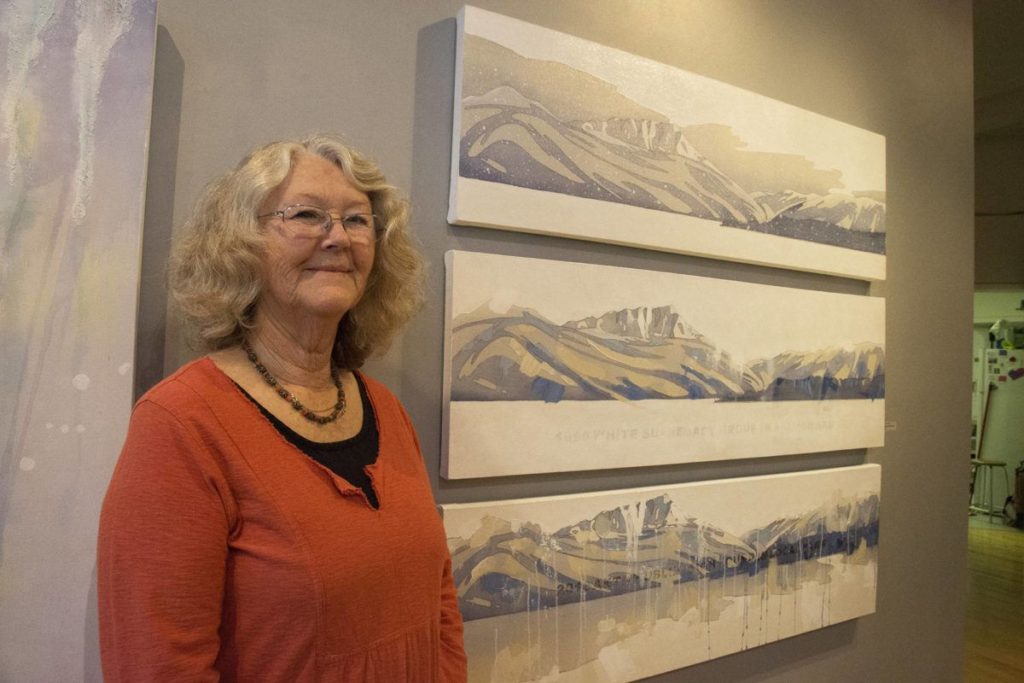 In addition to her work as an architectural designer, Linda Franklin is an outstanding artist who grew up in the shadow of Mt. Ida in a family of landscape painters. Her paintings explore many aspects of life in the Shuswap using bold colours and imaginative designs. 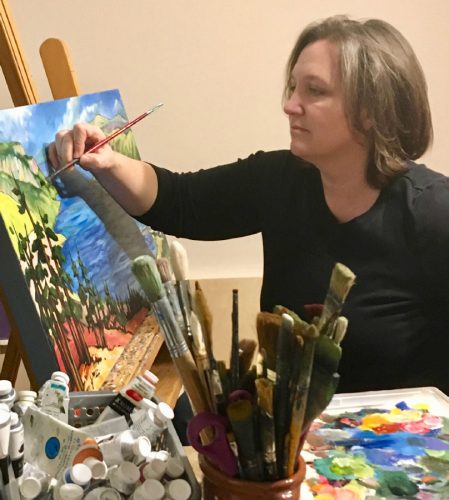 After studying painting and filmmaking at the University of Lethbridge, Tracey Kutschker and her sculptor husband Eric moved to the Shuswap in 1995. In addition to her work as the Director/Curator of the Salmon Arm Arts Centre, she has become well known for her colourful, whimsical paintings of homes, cabins and viewscapes.

Just as the Group of Seven often collaborated on shows and shared a working space at their Toronto Studio built by Lawren Harris, thanks to his Massey-Harris farm machinery fortune, Figueroa, Franklin and Kutschker often work and show together as Lazuline. The three artists have become well known throughout the province for their triptychs depicting the exceptionally stunning landscapes of British Columbia. 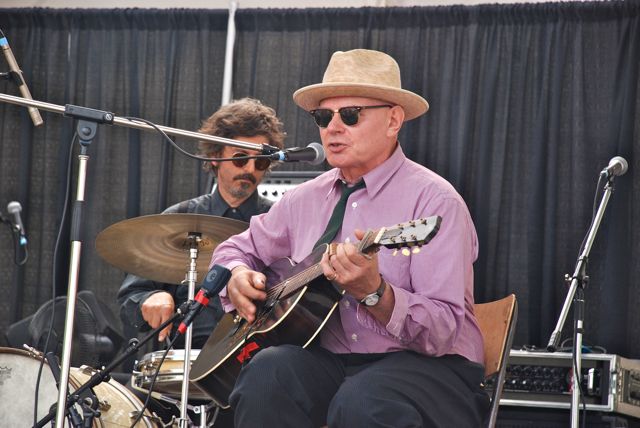 The multi-talented Herald Nix, aka John Wood is both an acclaimed rockabilly musician and a visual artist whose oil paintings can be found in B.C. and Alberta galleries, as well as in Los Angeles. His 2016 Headbones Gallery in Vernon show entitled “the Long View,” featured a series of paintings of one view of Shuswap Lake as it changed throughout the year, shifting in weather, light and mood.

There are many more exceptional Shuswap artists, some of whom will be featured in the next column.

Since the original Group of Seven were all painters in the same era, so too is the Shuswap’s own “Group of Seven.” Since they all deserve far more description and images than there is room for here, below are more details about each of them.

Chris Cran may have been born with art in his genes, as there were artists on both sides of his family. When the National Galley hosted his show, they produced a book about him, with many images of his paintings. His work is diverse and includes pop art, realism, Op art, portraiture, and modern abstraction. Many of his canvases invoke humour and can twist one’s perception around and around. 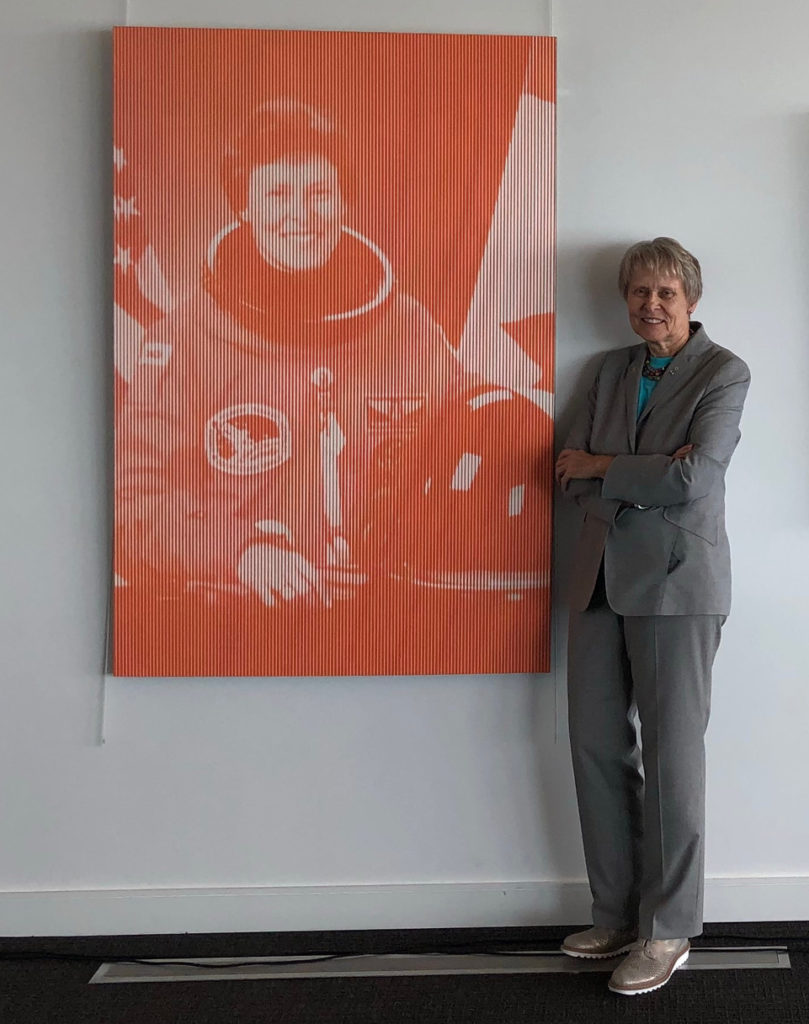 Canadian astronaut Roberta Bondar next to Cran’s portrait of her

Cran’s paintings are in private and public collections around the world and  his work has been exhibited in Los Angeles, New York, Toronto, and throughout Alberta and British Columbia. 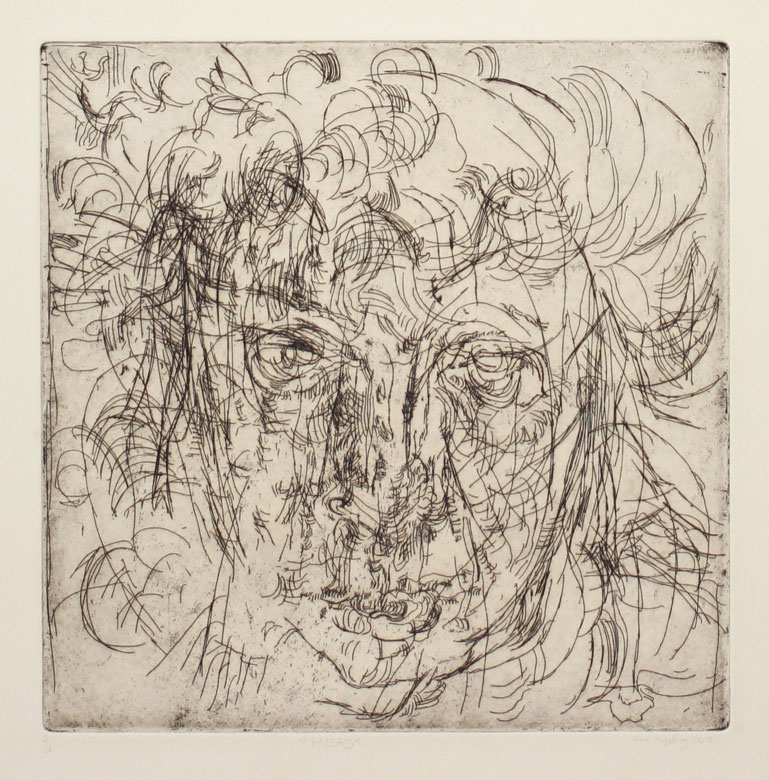 A few years after graduating from the Vancouver School of Art (now Emily Carr) in 1960, Ann Kipling lived in Falkland for nearly forty years, with her husband, renowned sculptor Leonhard Epp. She works exclusively on paper, drawing and printmaking, with ink, pencils, pens, pastels, pencil crayons, watercolours. Her work is in numerous public and private collections across Canada, including the National Gallery of Canada, and The Vancouver Art Gallery. She sometimes uses a continuous line technique, never lifting the pencil or pen from the paper until the image is complete. 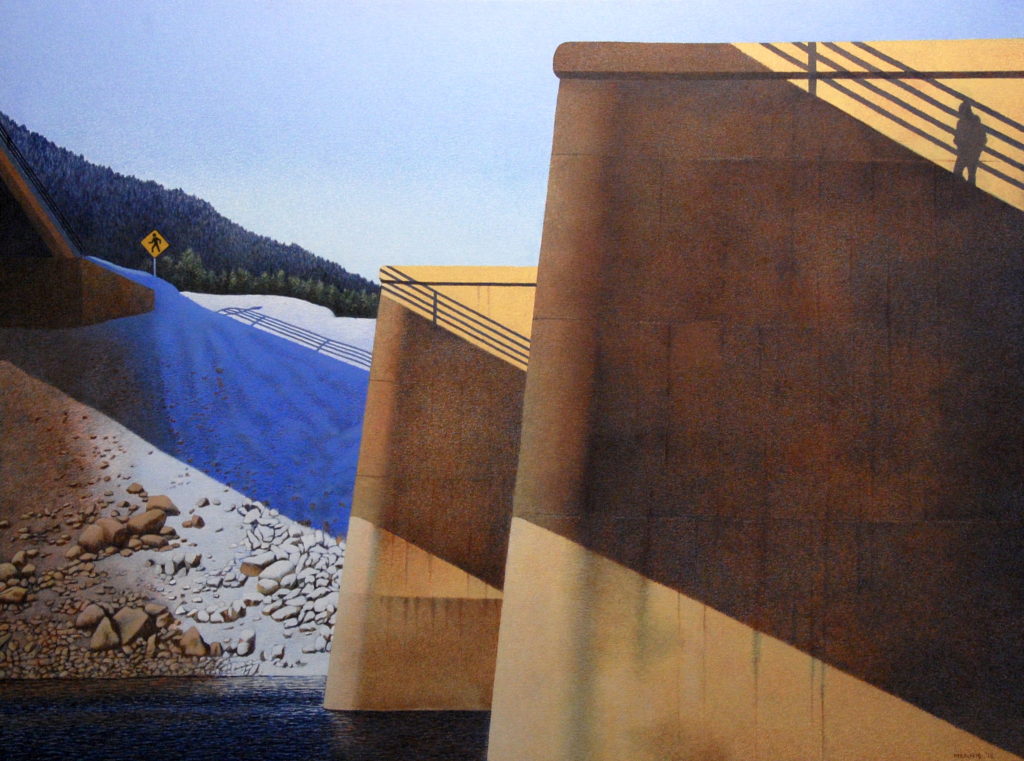 Full disclosure here, as our home is filled with prints by Steve Mennie, some of which are images of familiar Shuswap scenes, as well as Adams River salmon run posters.  His work has been shown in New York, Toronto, Alberta, Quebec, and throughout British Columbia. Twice he was commissioned to produce art for Canadian postal stamps. 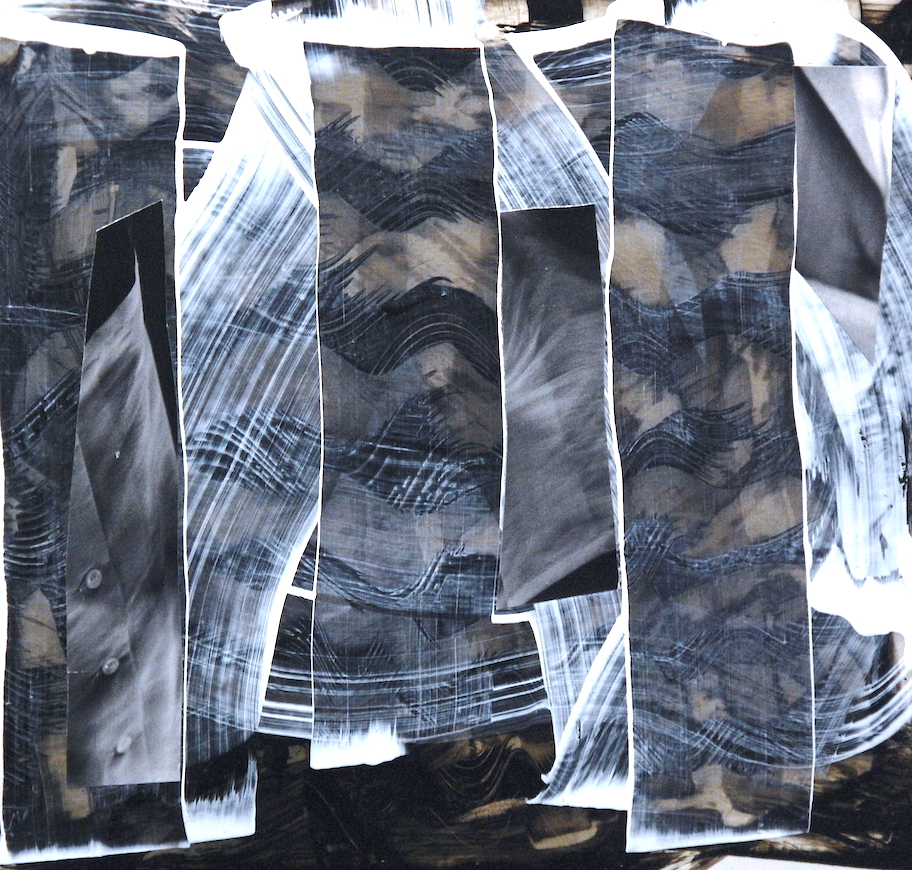 For his 2013 show at Headbones Gallery, his work was described thus, “Mennie’s visual acrobatics overcome the desire to understand process as he overwhelms any disbelief with a brilliant slight of hand.” 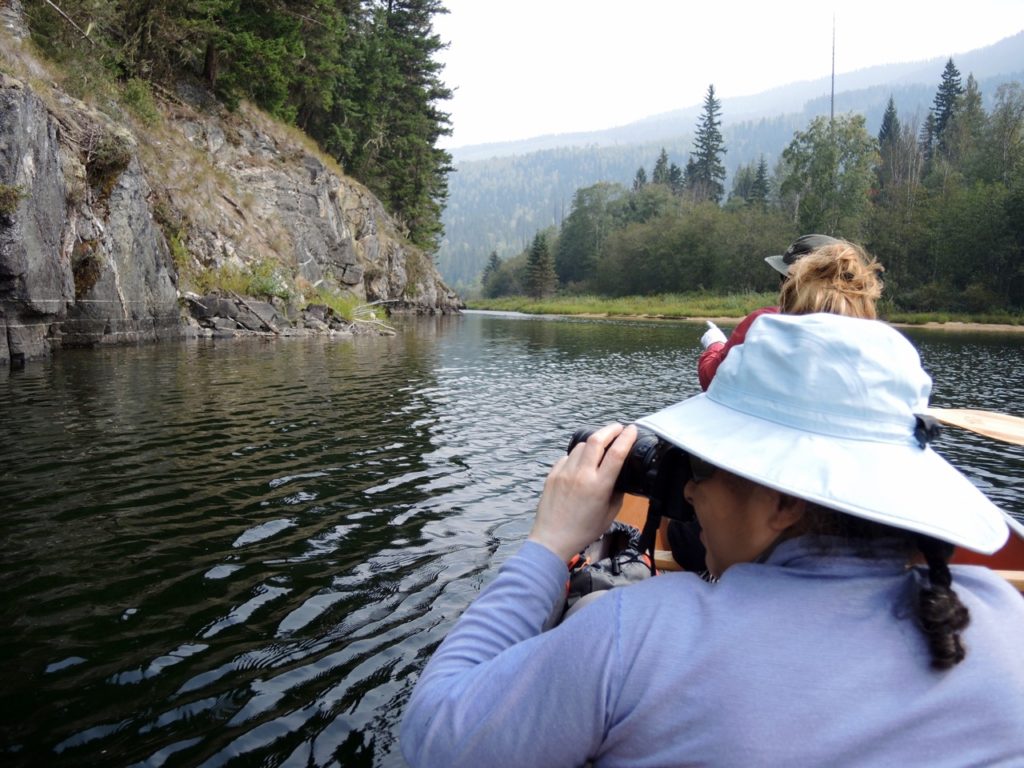 We were fortunate to spend a day canoeing at Humamilt Lake with Lisa in 2015 as part of a group art collaboration project between the Shuswap Trail Alliance and the Salmon Arm Art Centre. Her keen ability to observe the beauty that surrounded us was transformed into a spectacular large, colourful and intricate painting that sold at the show held the following year. 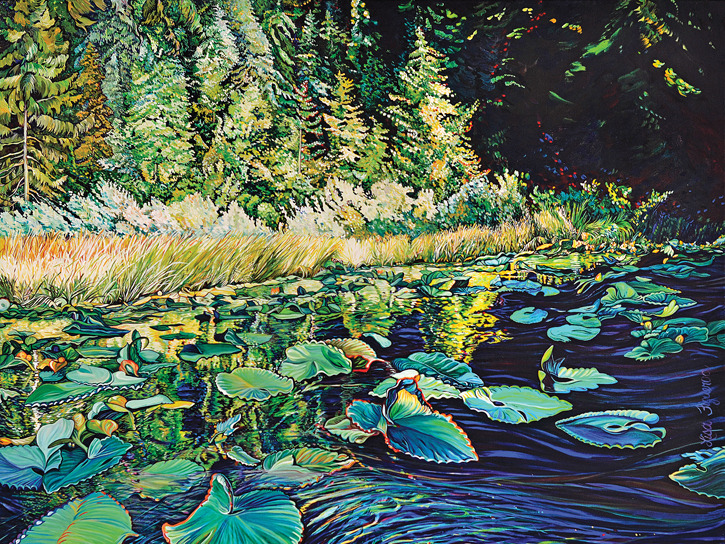 Lisa Figueroa’s ‘Lilies of the Upper Eagle’ was the winning art  piece in the 2014  Federation of Canadian Artists show in Kamloops. Figueroa joined the federation just over a year ago. (Salmon Arm Observer)

Trained in classical animation and commercial art, Lisa has lived in Sicamous with her husband Vern since her early twenties. In addition to producing fabulous art, Lisa also teaches art, privately and for the Okanagan College extension program and the local school district. 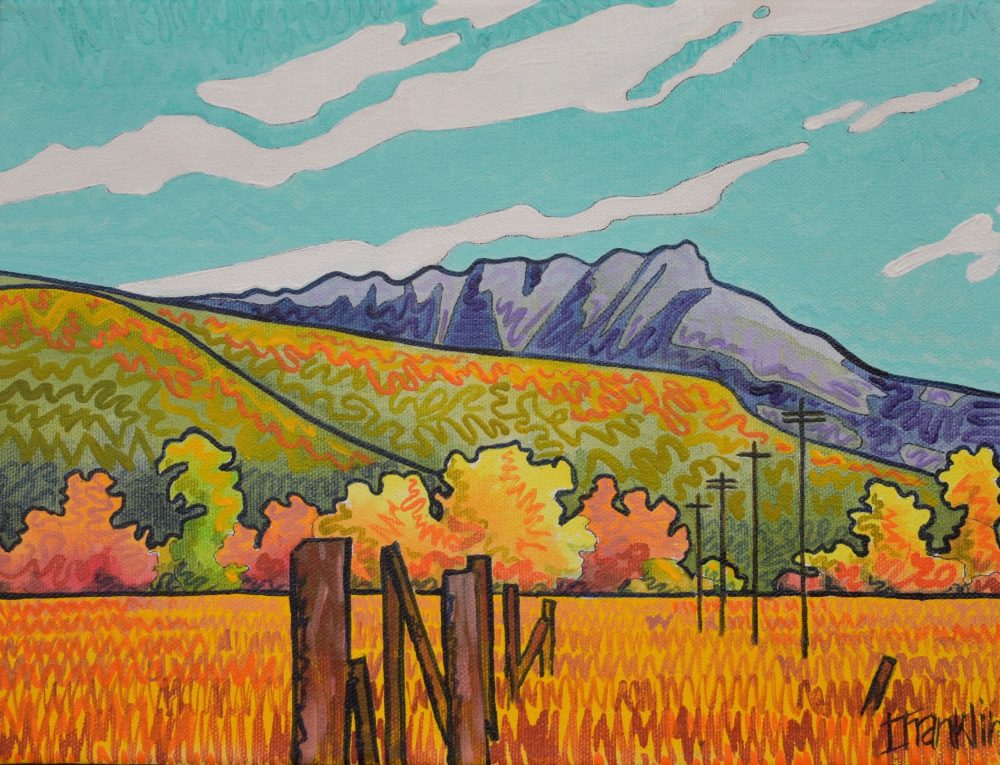 More than fifty years after she last took formal schooling, Linda Franklin enrolled in a third year fine arts course at Thompson Rivers University in 2017. She loves colour and her acrylic paintings can blend realism with abstraction, as well as provide social commentary. 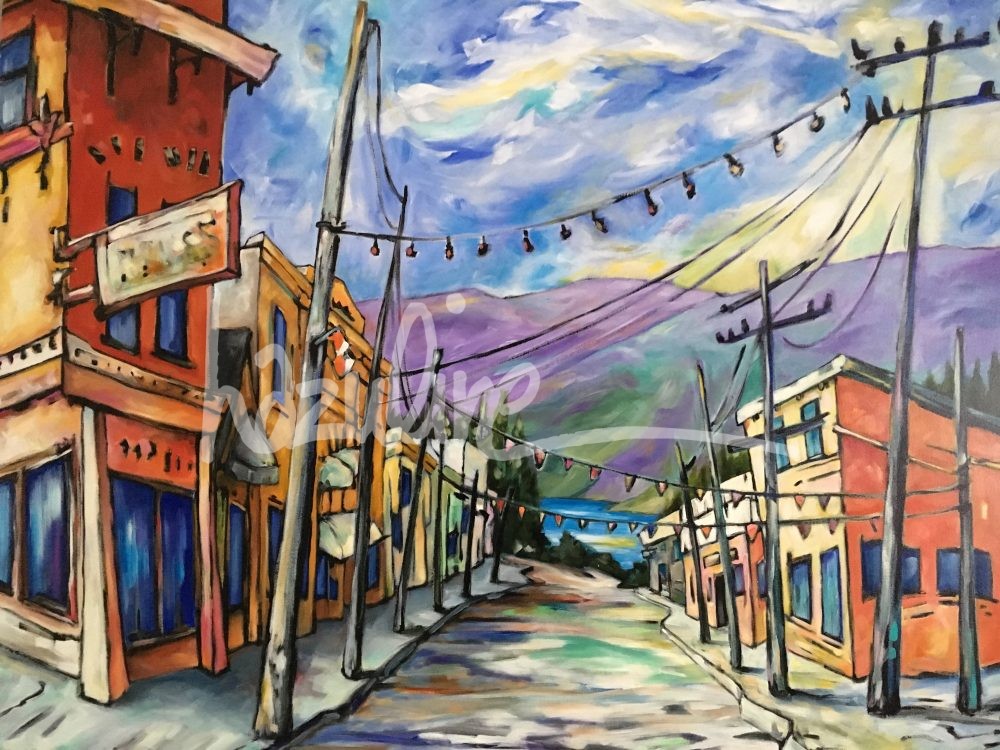 In a delightful and whimsical way, Tracey Kutschker’s acrylic paintings capture the magical beauty of the Shuswap. We are fortunate that she has chosen Salmon Arm to live and her management of the Arts Centre is well appreciated. 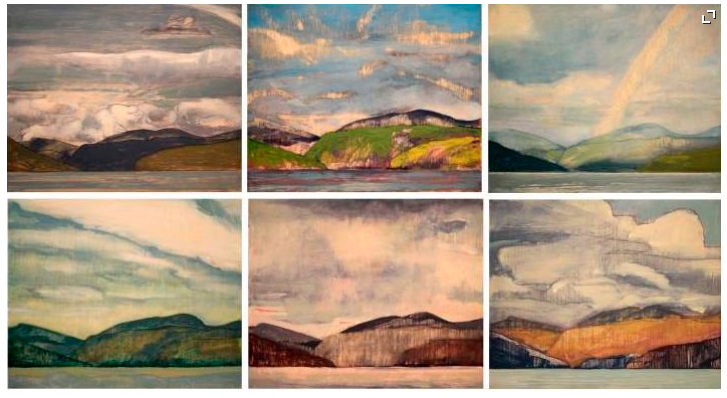 A selection of the paintings from Nix’s  Headbones Gallery show, The Long View

A painter since childhood, Herald Nix attended the Vancouver School of Art (now Emily Carr) before focusing on a music career. His oil paintings are well appreciated by both art lovers and artists. Moody, subtle and sensitive all describe his remarkable works. We love the three oil paintings that grace our living room wall.