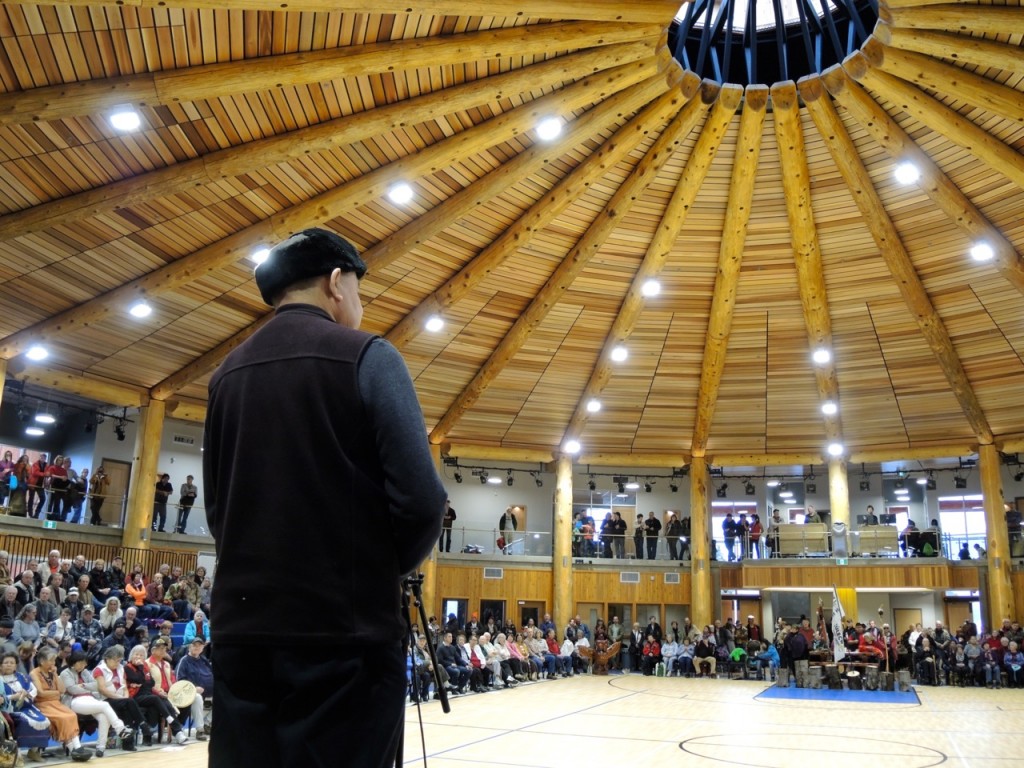 Did you know that in addition to reading these Shuswap Passion columns in this paper and online, you can also watch Shuswap Passion videos? Since 2011, I have produced 91 videos, most of which can be watched on my YouTube channel. While many of the videos focus on music, there are also mini-documentaries on hiking, skiing, paddling and environmental issues. My most recent video documents an extraordinary event, the December 16, 2016 grand opening of the massive new Splatsin Centre and includes clips of speeches, drumming, marching, story telling and singing. [SPLATSIN CENTRE VIDEO] 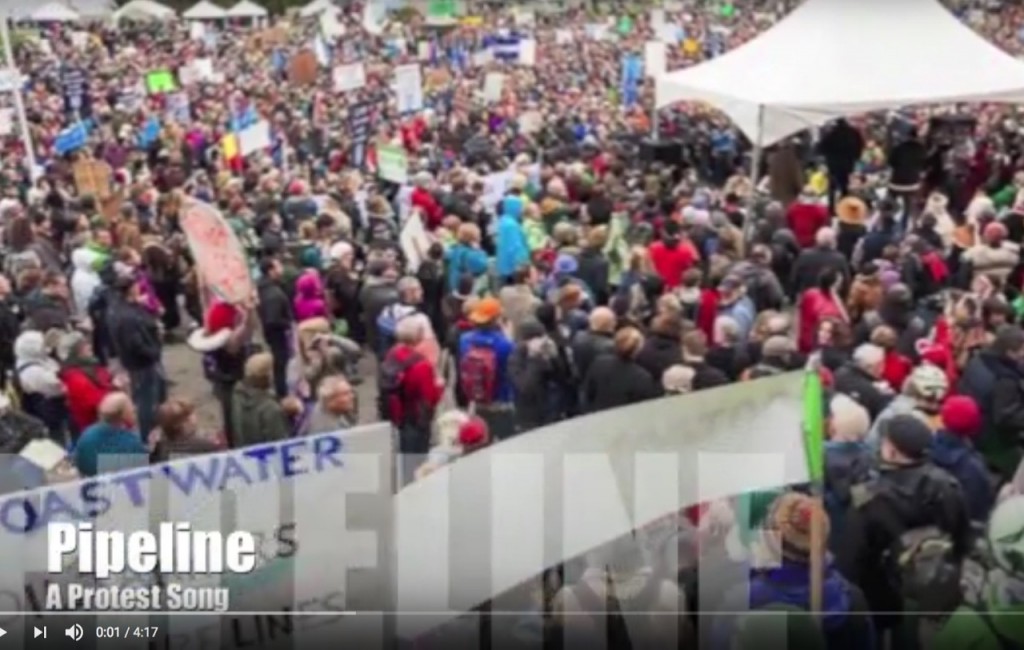 The most popular video to date, with over 2,000 views, is of a concert by “A Million Dollars in Pennies” at the Sunnybrae Hall in July 2012. One of my favourites, and the second most popular with over 1,600 views, is the 2012 “Pipeline” music video, that includes footage from protest rallies in Victoria, Kamloops and Salmon Arm along with a reggae themed original song by Sylvain Vallee. 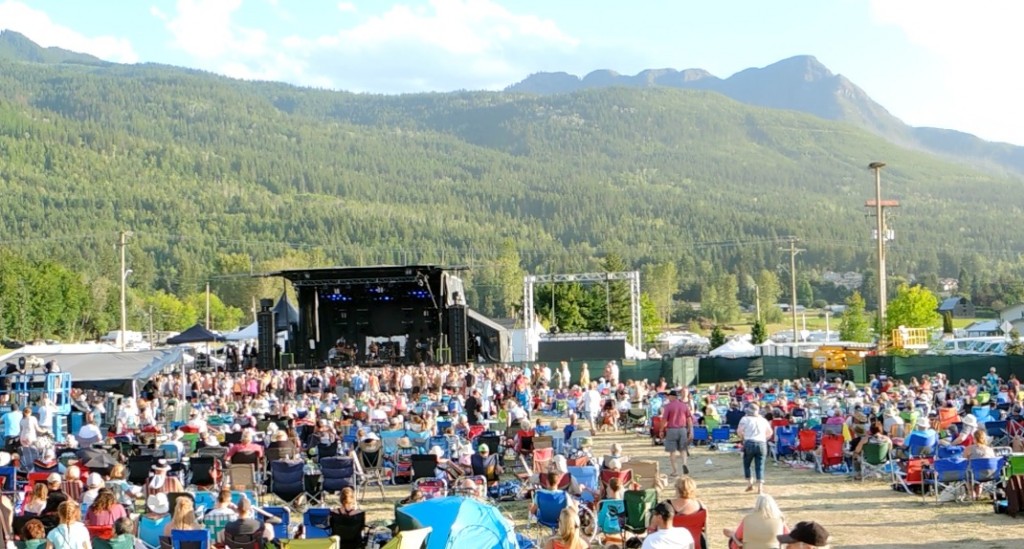 One of the goals for making these videos is to document Shuswap events, outdoor activities and geography. There are now five Roots and Blues videos, beginning with the 2011 event that was produced in a documentary format with commentary. A more creative approach was used for the next three videos. In 2014, clips of various bands was interspersed with photos of smiling faces for the video subtitled “Facetime.” Last year’s video is called “One Word” and includes clips of festivalgoers providing their one word description of the festival. 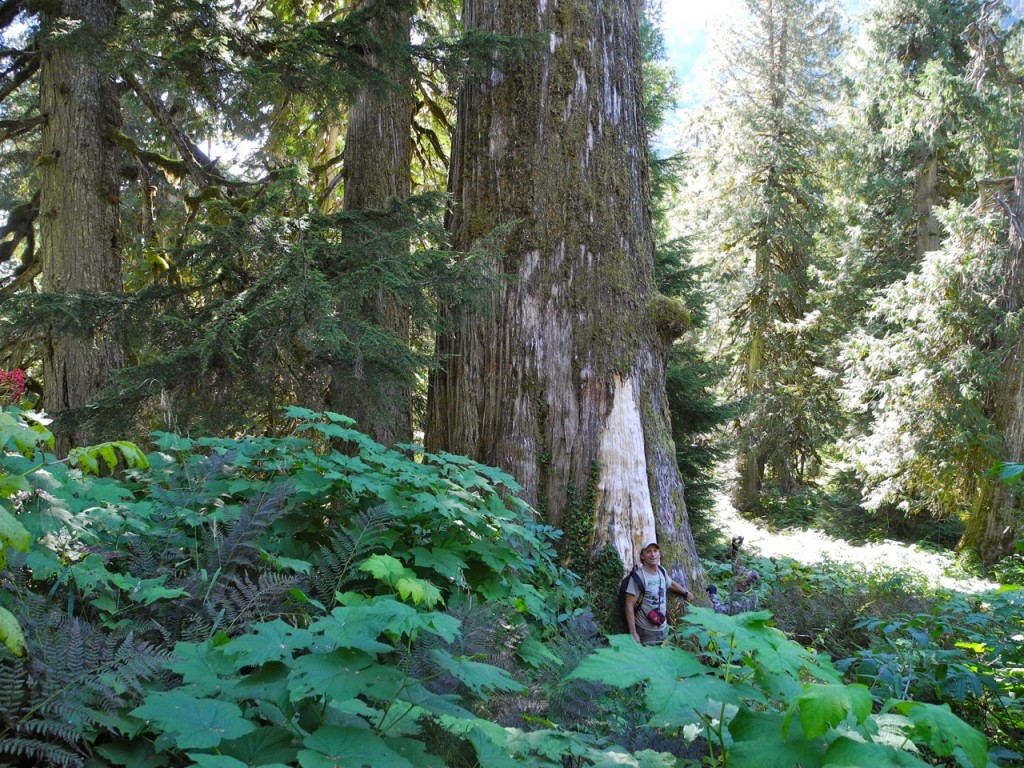 The great Shuswap outdoors is the theme for some of the videos, including backcountry skiing in powder snow with high-energy soundtracks. By watching some of the videos you enjoy a virtual experience of paddling on the Upper Seymour River and exploring the old growth Upper Seymour rainforest with its gigantic ancient cedar trees. You can get a feel of what it is like to hike with the Shuswap Trail Alliance on an expedition to the alpine below Joss Mountain. And you can join us as we paddled on Hunakwa Lake and hiked amongst the giant Douglas fir and cedar trees. 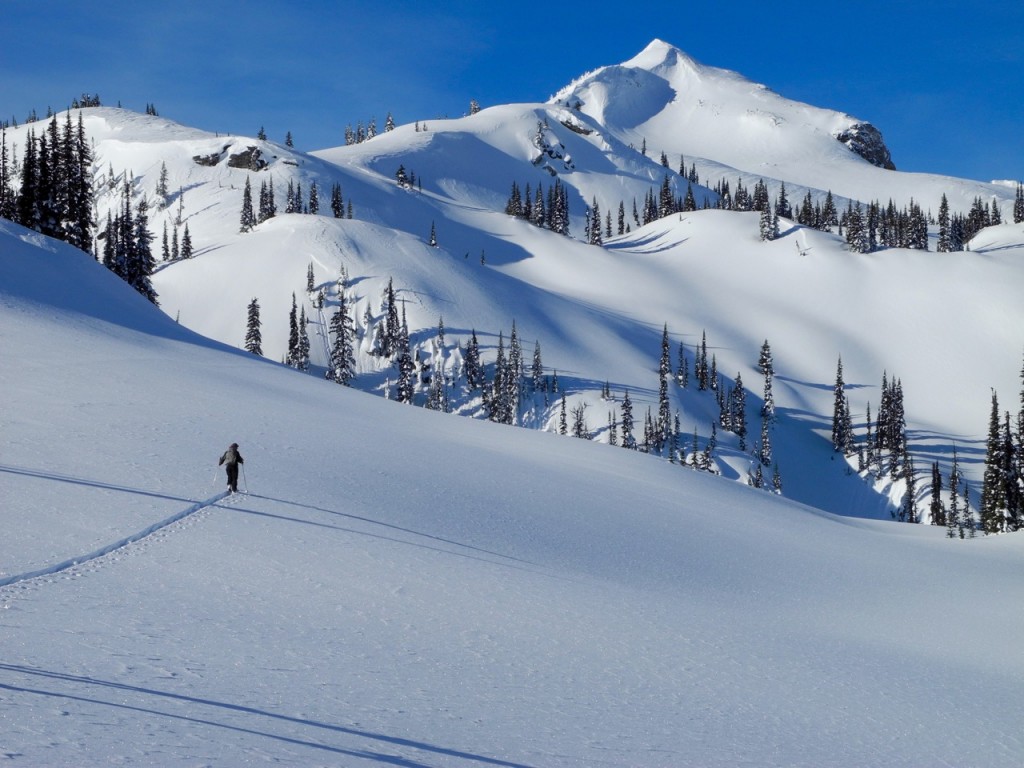 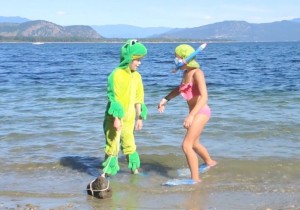 Every year there is a short film festival in Kamloops, where up to five minute long films are shown at the downtown movie theatre and amateur filmmakers compete for prizes. Last year, was my second entry with a music video entitled “Froggy Went A-Courtin’” that features young actors miming the scenes described by new verses to the old classic folk song. I collaborated with Kamloops musician, author and drama teacher Katie Welch to produce this video. This year I will enter with a shorter version of the Splatsin Centre video. Perhaps one day, a group will get inspired to sponsor a similar festival in Salmon Arm. 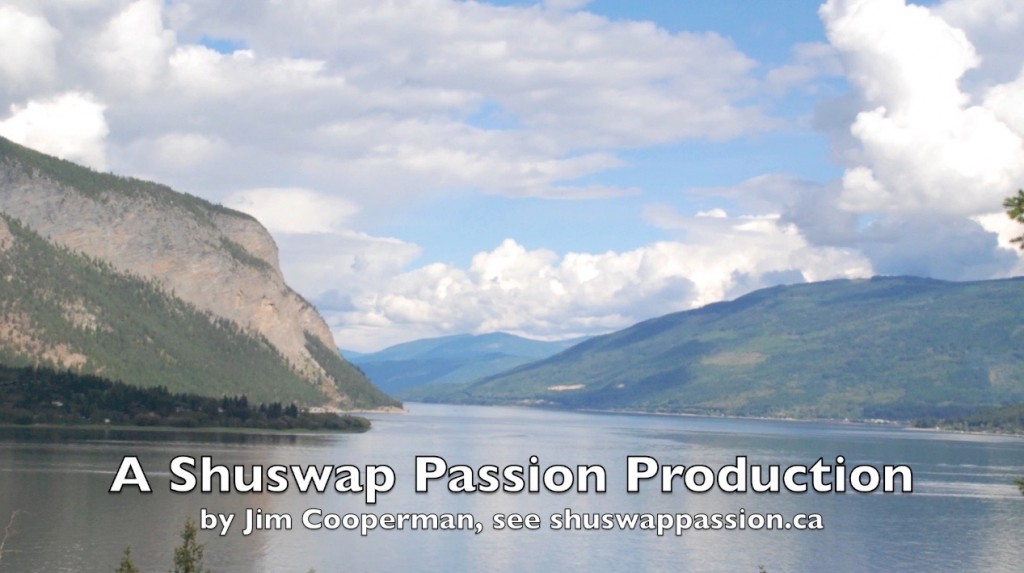 All of my videos end with “A Shuswap Passion Production,” which is a non-profit, volunteer effort. To watch these videos, just use my name in the search box at YouTube. If you enjoy them, please share the links widely.

PLEASE NOTE: My last column (see The Haig-Brown Legacy) resulted in some controversy as well as coverage in the Kamloops This Week newspaper. The intention of the column was to educate readers about Roderick Haig-Brown’s remarkable conservation work and was never meant to perpetuate Secwepemc marginalization and oppression as was described in Kathryn Michel’s well-written letter (now added to The Haig-Brown Legacy). I have written many columns about the Secwepemc people, all of which have been highly respectful of their rich culture.

The Secwepemc place names that exist now, including Queest, Hunakwa, Sicamous, Squilax, Cinnemousun, Squam Bay and even Shuswap, enrich our region and help make it special, despite the fact that most of these names are not accurately spelled or pronounced. It would indeed be wonderful if more Secwepemc place names were recognized and used, including at the Adams River. We can never really undo the many injustices of the past, but we can move forward in a way that better recognizes Secwepemc spirit, culture and their over 9,000-year connection to the land we now share.