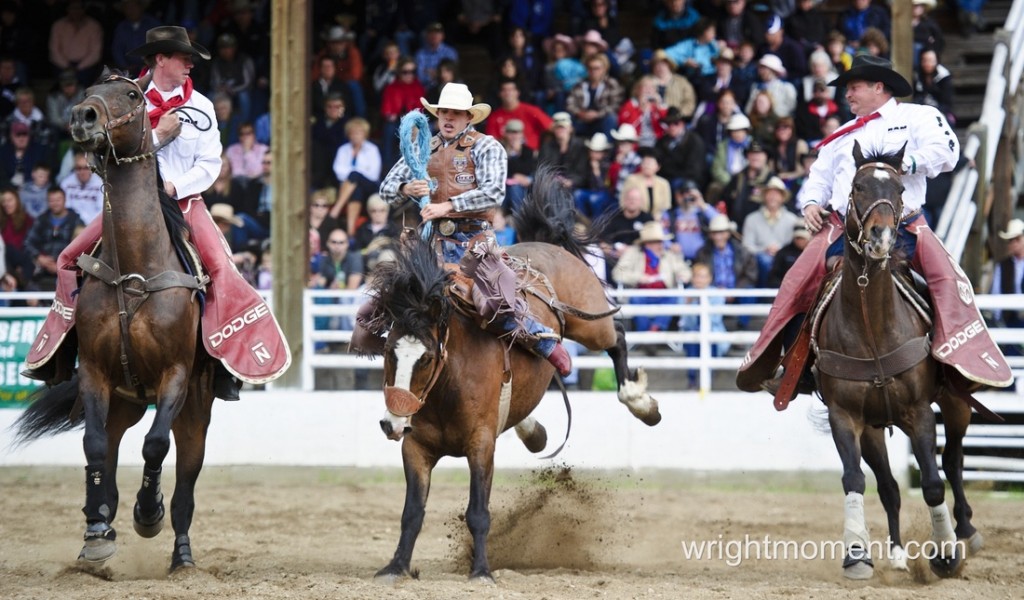 The friendly, unincorporated village of Falkland may be small with its population of 879, but it is a bustling, growing community with diverse and unique features and amenities. In the past, major employers included local sawmills, the railroad and the gypsum mine. Today, Falkland has become a bedroom community for Vernon that is just 35 minutes away, as young families are settling here to take advantage of the healthy, rural lifestyle and lower housing costs. 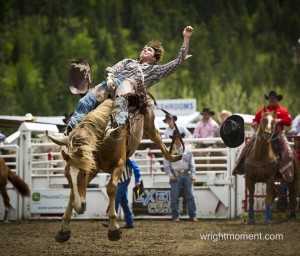 Nestled between Tuktakamin Mountain to the south and Estekawalan Mountain to the west, where Bolean Creek joins the Salmon River, Falkland is surrounded by cattle ranches. It is no wonder that the main event of the year is the Falkland Stampede held on the May long weekend. Typically, seven to eight thousand spectators and competitors attend the rodeo, but given this year was the 100th rodeo, there were over ten thousand people in attendance. Professional cowboys compete for prizes worth up to $50,000 and the event also includes a parade, a heavy horse pull, children’s games and a dance at the hall. 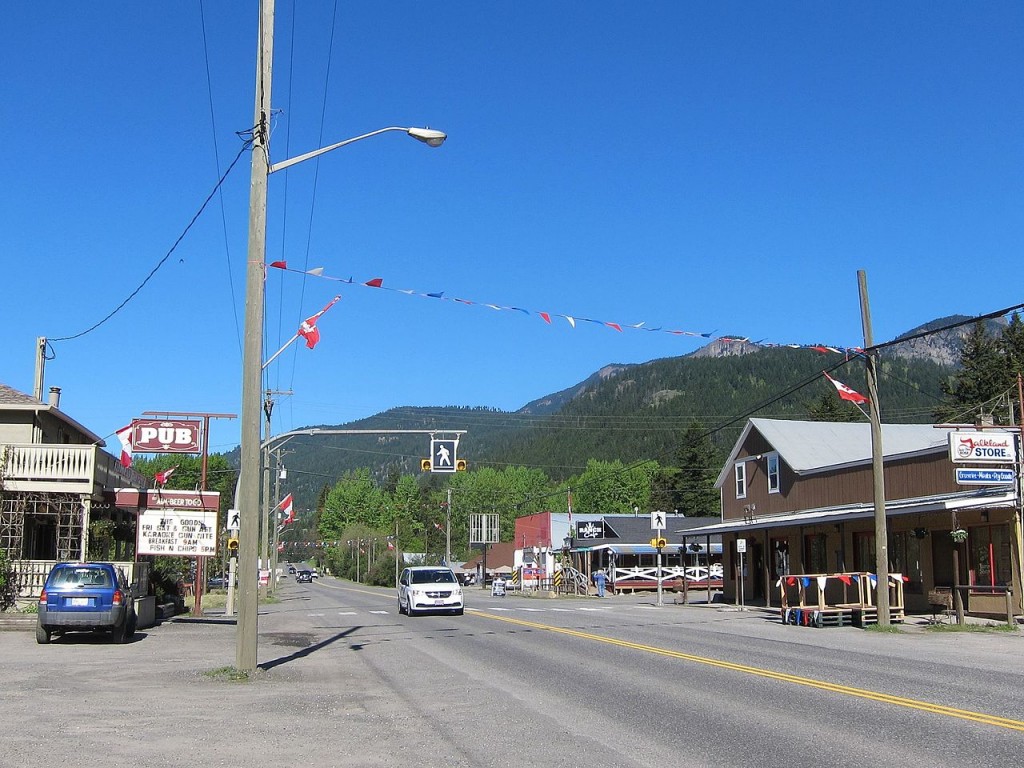 The community association serves as the de-facto local government as it is responsible for managing the stampede, as well the community hall, a two-lane curling club and the outdoor skating rink. It purchased the 11 acres used for the Stampede grounds in 1936, the same year that the community hall opened. Other government services in the community include the library, volunteer fire department, RCMP office and the kindergarten to grade eight elementary school with an enrollment of just under 100 students. 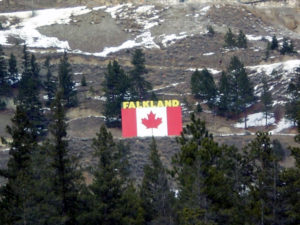 One feature that distinguishes Falkland is their giant Canadian flag on Gyp Mountain 152 metres above the townsite. With a height of 8.5 metres and a width of 17 metres, it is considered to be the largest flag in western Canada. The structure is attached to eight 14 metre tall telephone poles and is supported by 83 tonnes of cement blocks and metal. Thanks to a giant extension cord, the flag is also visible at night. 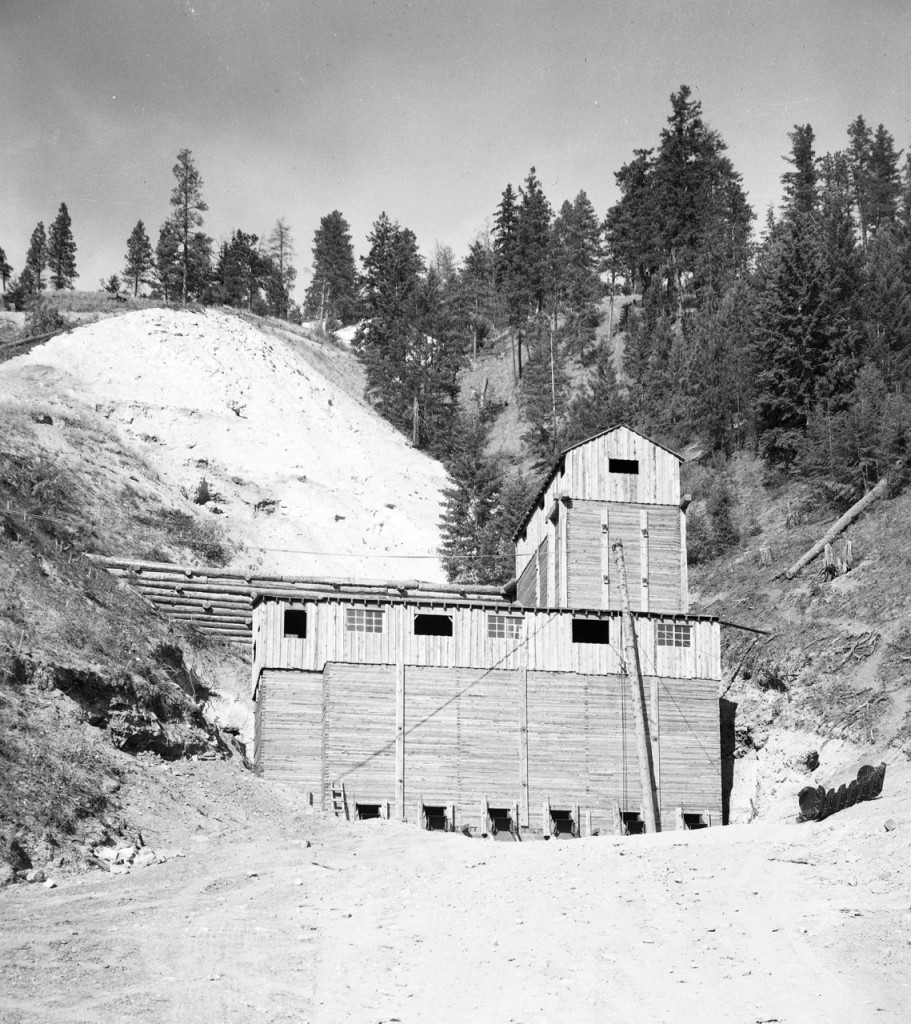 Falkland Gypsum Mine, circa 1938. Photo by George A. Meeres. Image courtesy of the Okanagan Archive Trust Society

The gypsum mine, now owned by Lafarge Cement is still in operation, although there are few people employed. Occasional blasting still occurs in a new seam and the raw material is hauled away for processing. Although it does not have a large workforce, H & R Sheet Metal provides steady employment with a small workforce to produce industrial products such as piping for sawmills. There is also the promise of new jobs in the community with the cannabis production facility now under construction. There are many home-based businesses as well, including a renowned pottery studio. 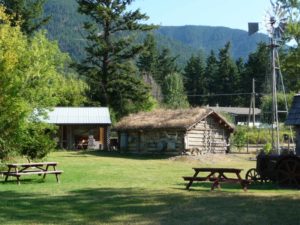 Local history that dates back to the fur trade is well preserved in the community thanks to the impressive, 2-acre Falkland Museum and Heritage Park. Visitors can explore original heritage structures that were moved to the park, including the sod-roofed Hamer cabin and the original Catholic Church. Open seasonally from early June to mid-September, the well-kept grounds and picnic tables are appreciate 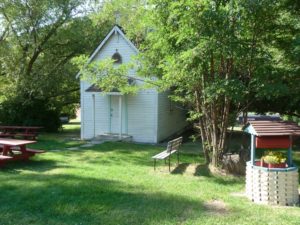 d by both tourists and locals. The park is also popular for weddings and special events.

Catholic Church at the Heritage Park 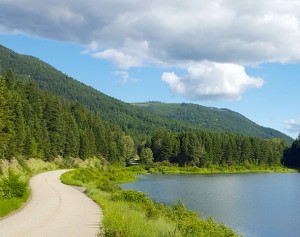 Falkland and the surrounding area is a sportsman’s paradise. There are ten lakes within sixteen kilometers of the village to delight anglers and boaters. In 2013, the CSRD took over the management of the Joyce Lake Recreation Site located alongside the Chase-Falkland road. The District built 15 campsites, each with a picnic table and fire pit, that are available for free on a first-come, first serve basis. Hiking is also popular, especially on the rugged trails that extend up the two local mountains.

Although shopping opportunities are limited in the community, the local Falkland Store has been providing a full range of groceries and other goods for 50 years. As well, there is a consignment store, a collectables store, a bookstore and a weekend public market in the community. The two local restaurants have high ratings and attract customers from afar, as does the local pub.

Falkland is poised for growth, given that there is a new subdivision in the planning stages. Perhaps one day it will have its own local government, given that there are 25 smaller villages in the Province with mayors and councils. 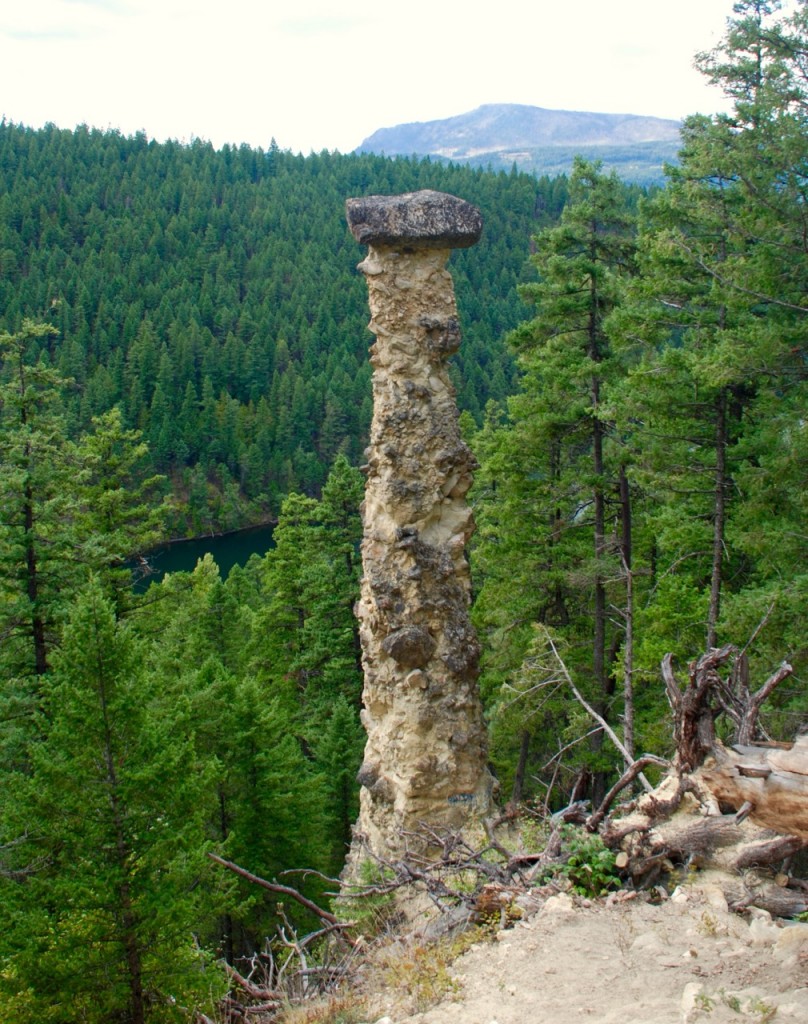 Another nearby feature is the famous Pillar above Pillar Lake, This 28-metre-high natural formations of sedimentary rock is a Secwepemc sacred site and is protected as a two-hectare provincial park. Rock hounding is also popular and fish fossils can be found at nearby Red Mountain.

The Shuswap watershed extends as far west at Monte Lake, which drains in both directions. To the west, Westwold is another small community that has a community hall.