Peaceful riverside living at its best 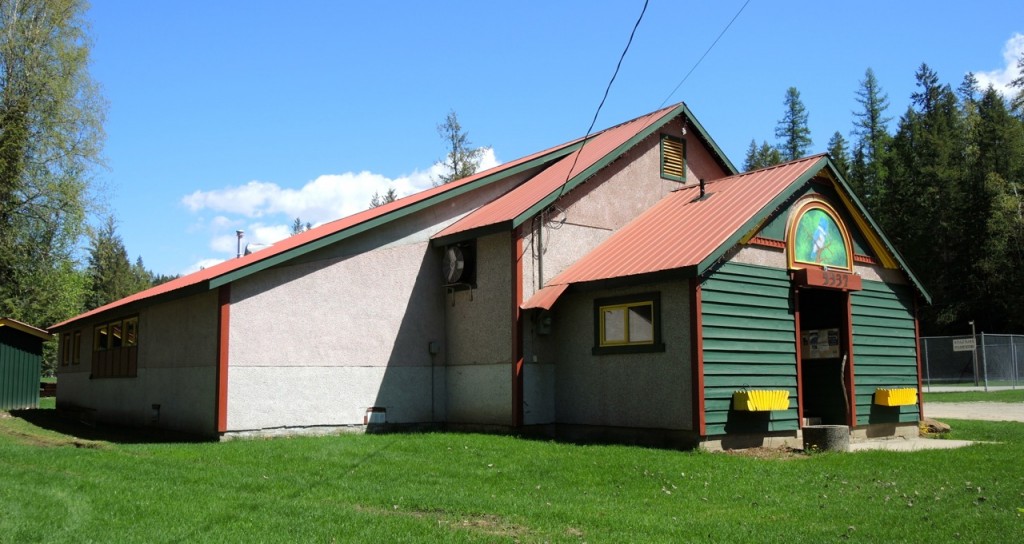 Nestled adjacent to the Shuswap River approximately 10 minutes east of Enderby is the serene community of Ashton Creek, where thousands of tubers and paddlers begin their floats during the heat of the summer. Their journeys begin just downstream from the old, one lane, timber trestle Trinity Valley Bridge, which may be replaced in a few years with a modern steel and concrete structure. 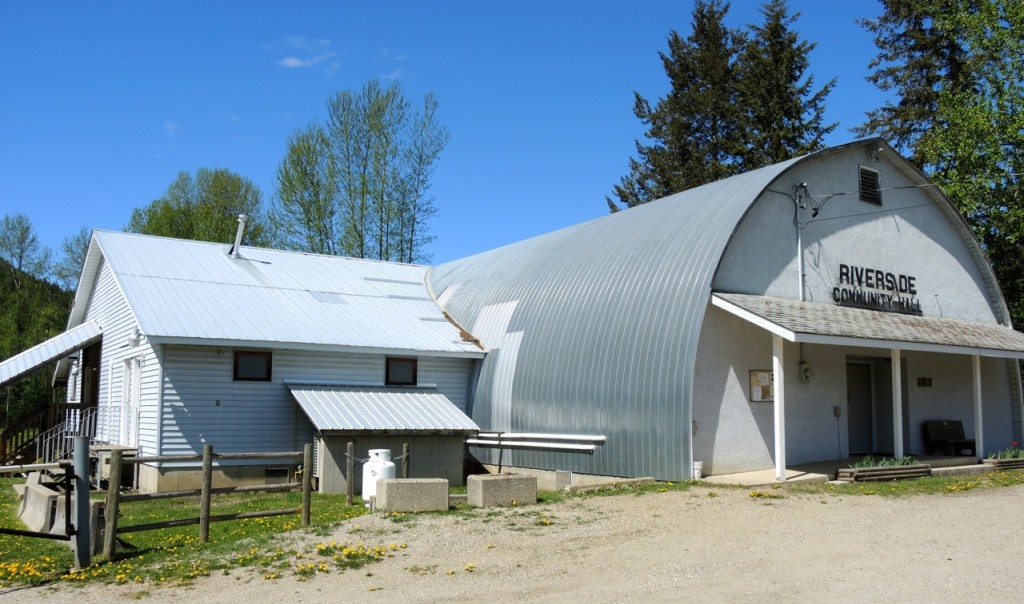 Next to the parking lot for the river floaters is the Riverside Community Hall, the heart of this rural community.  Local residents, including those from Trinity Valley, gather here for pancake breakfasts, game nights, fitness sessions and for the annual favourite, October Fest. The hall, which includes a campground, is also rented out for wedding, reunions and other events. 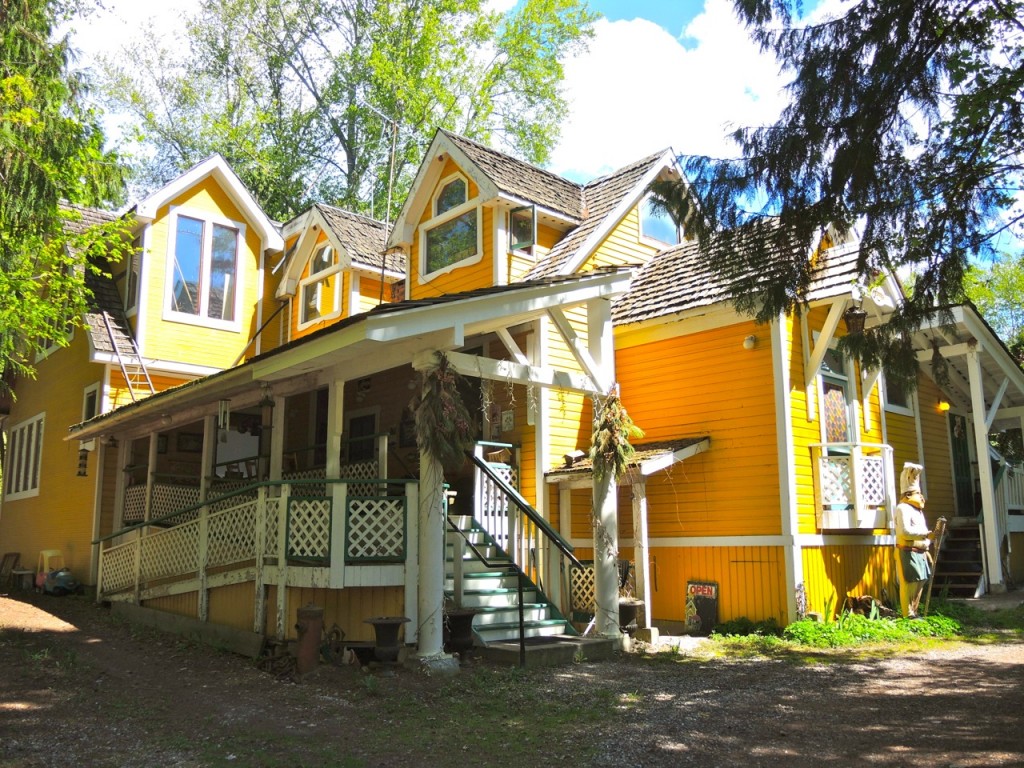 With changing demographics leading to an aging population as in other local communities, the Ashton Creek school closed years ago and was sold to a church. The original elementary school, built in 1919 is now the well appreciated, dine and dance club, Lorenzo’s Cafe. Proprietor Lorne Costley renovated the school in the early 1990s and expanded later reusing hardwood flooring from a bowling alley. Over the years, weekends at the club have rocked out to many great musicians, including Jim Byrnes, Valdy, Corb Lund and Harry Manx.

The concept that the level of community involvement increases the more distant a small community is from larger population centres certainly applies to Kingisher, where most of the approximately 300 year-round citizens and many of the seasonal residents are dedicated participants in their local society events. Kingfisher Hall was built in 1949 on land donated by the Simard family when the former one-room log schoolhouse became too small for the growing population. Its scenic, well cared for grounds include a playground and tennis court, which is also used for road hockey games. 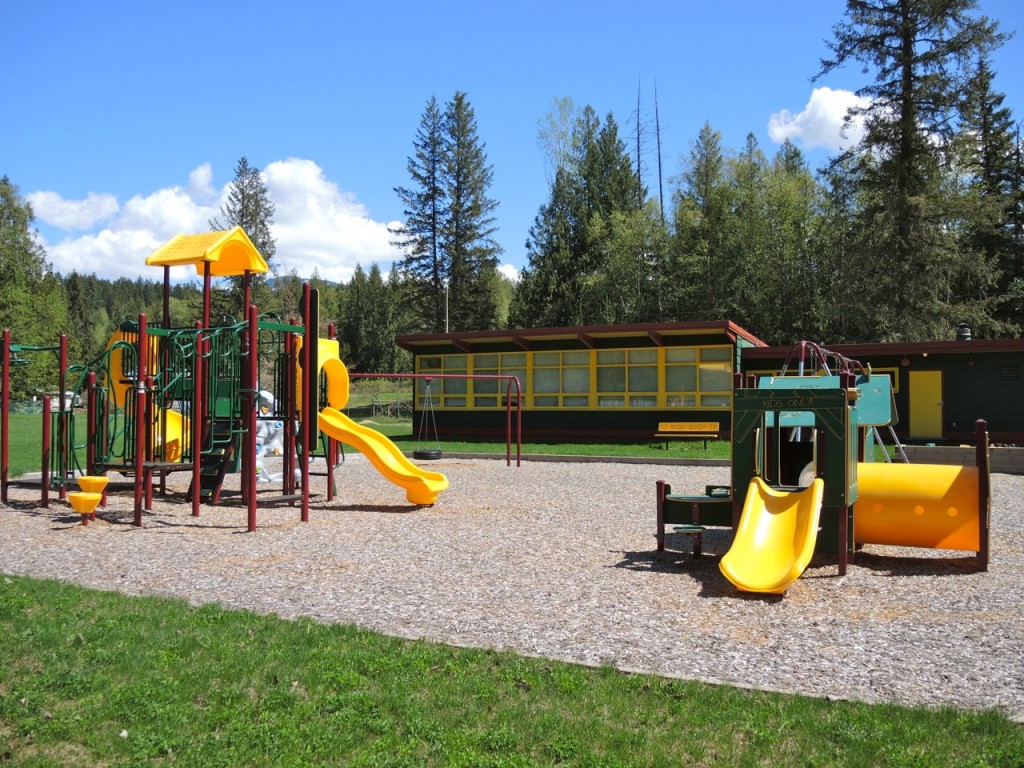 Adjacent to the hall is the former, two-room school, which was purchased by the regional district for the Kingfisher community to use as a library and gym. Local events at the hall include Robbie Burns Night, the Strawberry Tea, pancake breakfasts, the Christmas Concert and the always-popular Jumble Dance where the dancers enjoy cross-dressing. 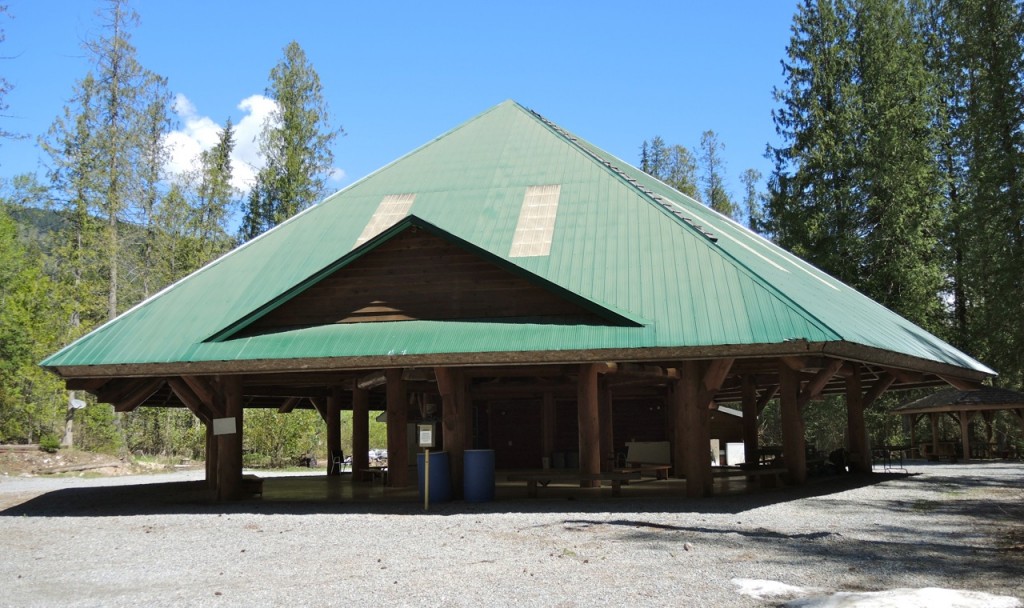 The nearby Kingfisher Interpretive Centre serves as a fish hatchery and an environmental education facility. Established nearly three decades ago in response to the near extinction of salmon in the Shuswap River, the society now 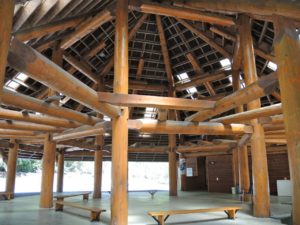 welcomes thousands of visitors each year including students who come to experience hands-on ecological education that features salmon and watershed stewardship activities. Adjacent to the Interpretive Centre is the popular Cooke Creek Campground with 22 campsites that are well appreciated by fisherman, swimmers and paddlers.

This perfect “playhole ” is the site of the Kayak Rodeo

One of the major events at Kingfisher is the annual freestyle Shuswap Kayak Rodeo, held in early June during high water. Paddlers come from across the Pacific Northwest to compete in a perfect whitewater playhole found in the Shuswap River lower chucks and party the night away to electronic music. 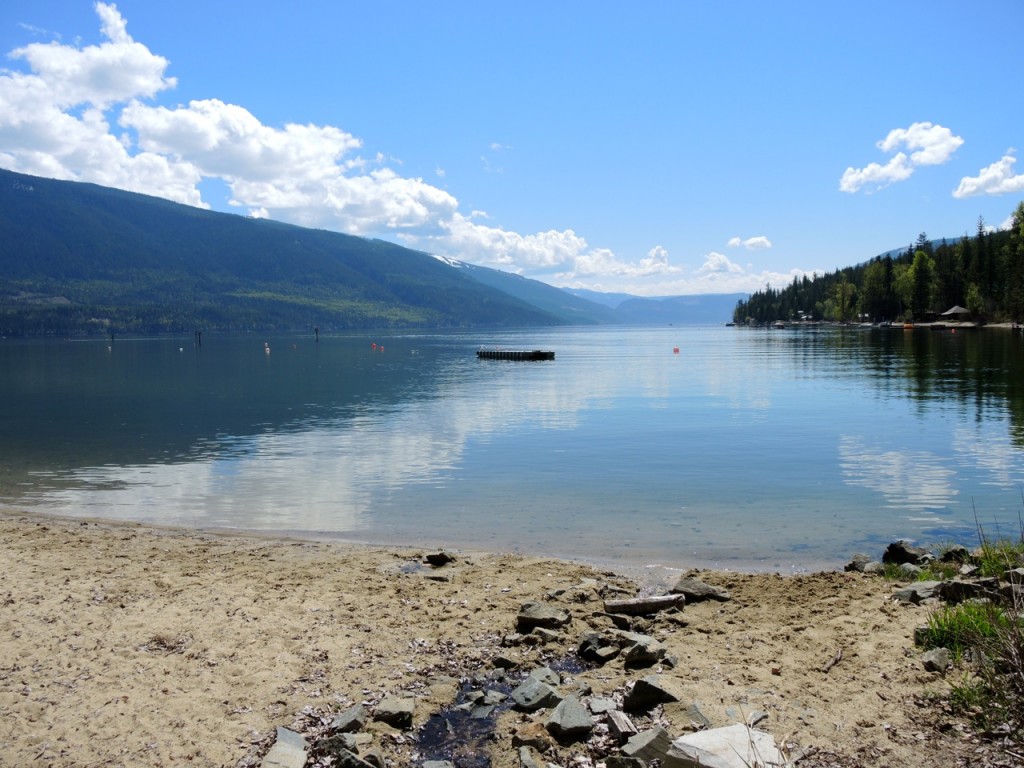 Just to the east of Kingfisher is the 41-kilometre long, pristine Mabel Lake, where there are boat access only summer cabins, sandy beaches, campsites, two 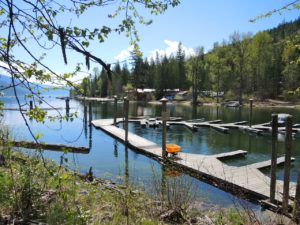 marinas and a Provincial Park. Close to the Shuswap River inlet is Mackenzie Camp run by the United Church since 1947, where every summer, hundreds of children enjoy hiking, canoeing, fishing, swimming and outdoor theatre events.

The original marina is in the river inlet          The camp is also available for adult retreats. 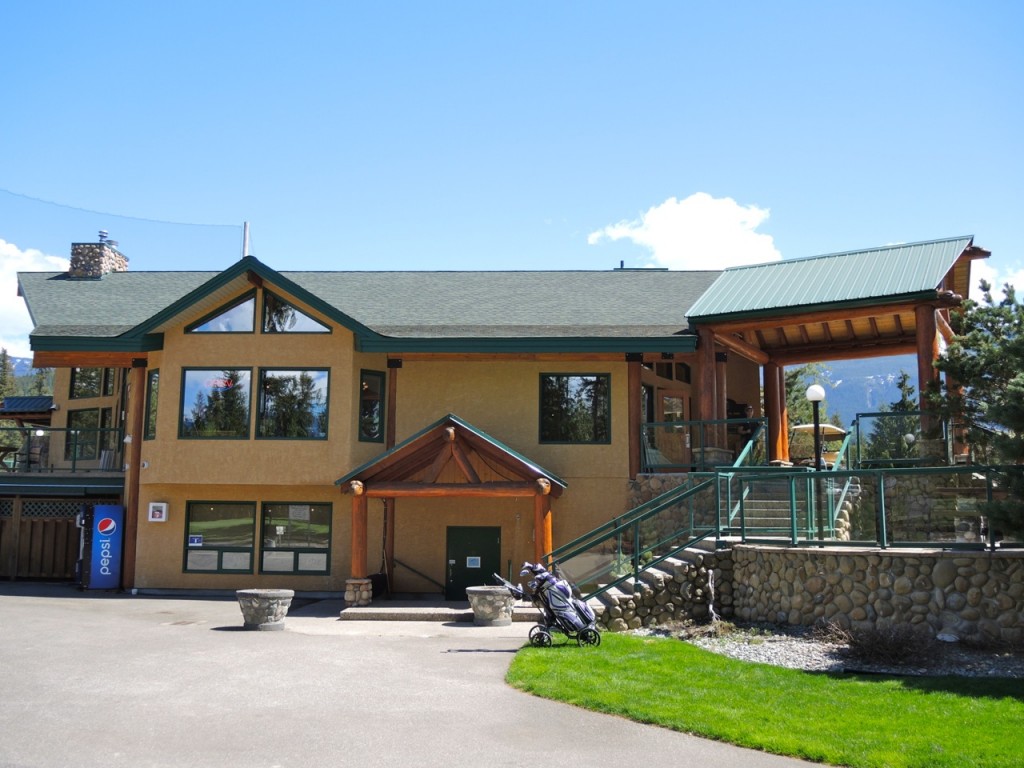 An expansive resort community has been established above Kingfisher that includes a nine-hole golf course, country club restaurant, and airstrip. In addition to large vacation homes and an RV campground, four large condo buildings with a swimming pool provide luxurious accommodation for the mostly summer residents. 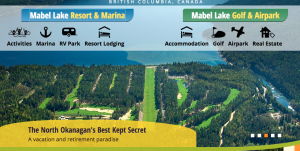 Sadly, the resort is billed as the “North Okanagan’s Best Kept Secret.” Perhaps the promoters need to be made aware that Mabel Lake is clearly part of the Shuswap watershed. 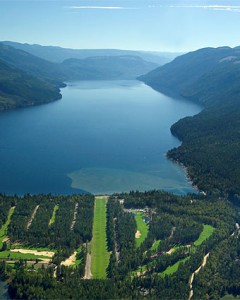 When asked what best distinguishes local residents, Kingfisher Community Society Chair Murray MacDonald explained how most have a “strong sense of identity, shaped by history and tradition.” There is no doubt that Kingfisher folks also share a deep love for their peaceful riverside lifestyle. 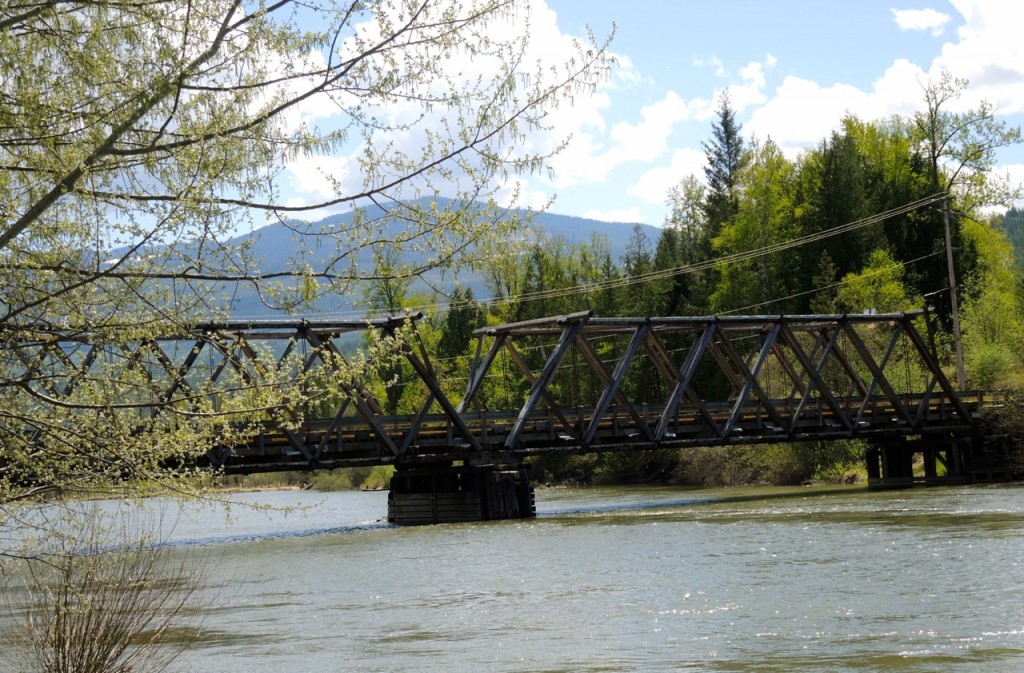 There is some controversy about replacing the bridge. Although it is old, it is not busy and the new bridge would span over one of the favourite beaches. The use of the river by tubers and paddlers is not all benign, as many leave their garbage along the route and parking is a big problem during the summer. 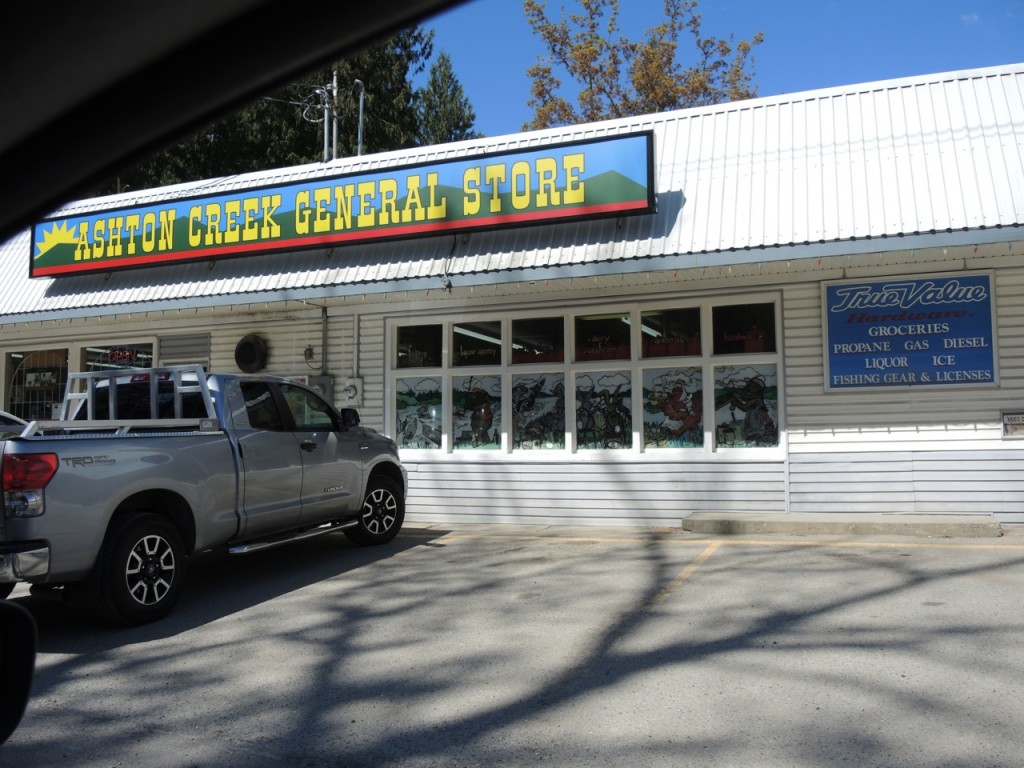 Back in the day, the Ashton Creek Store used to stock a full selection of logging supplies

There used to be dozens of large and small sawmills in the valley between Enderby and Kingfisher that provided many jobs for young families. No more mills are left and the local economy is either now based on tourism or retirement income with some farm income. 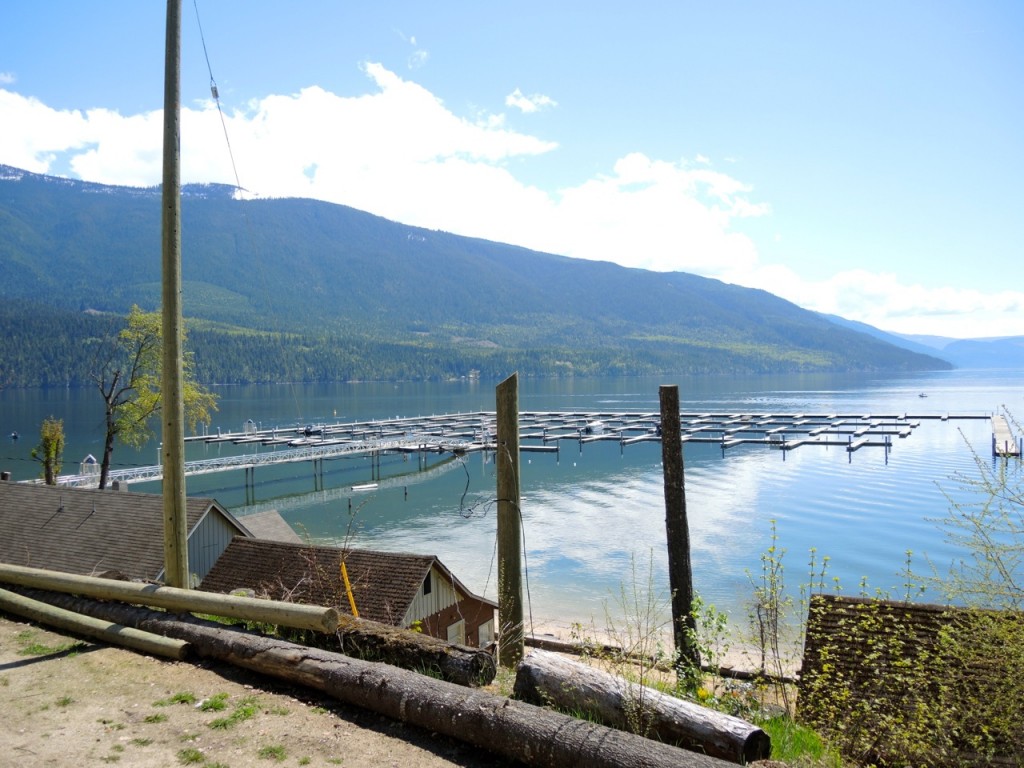 The Mabel Lake Resort began in 1925 with a few cabins and the airstrip was built many years ago as well. When the major expansion was proposed, it was quite controversial, particularly the huge 250-slip marina. 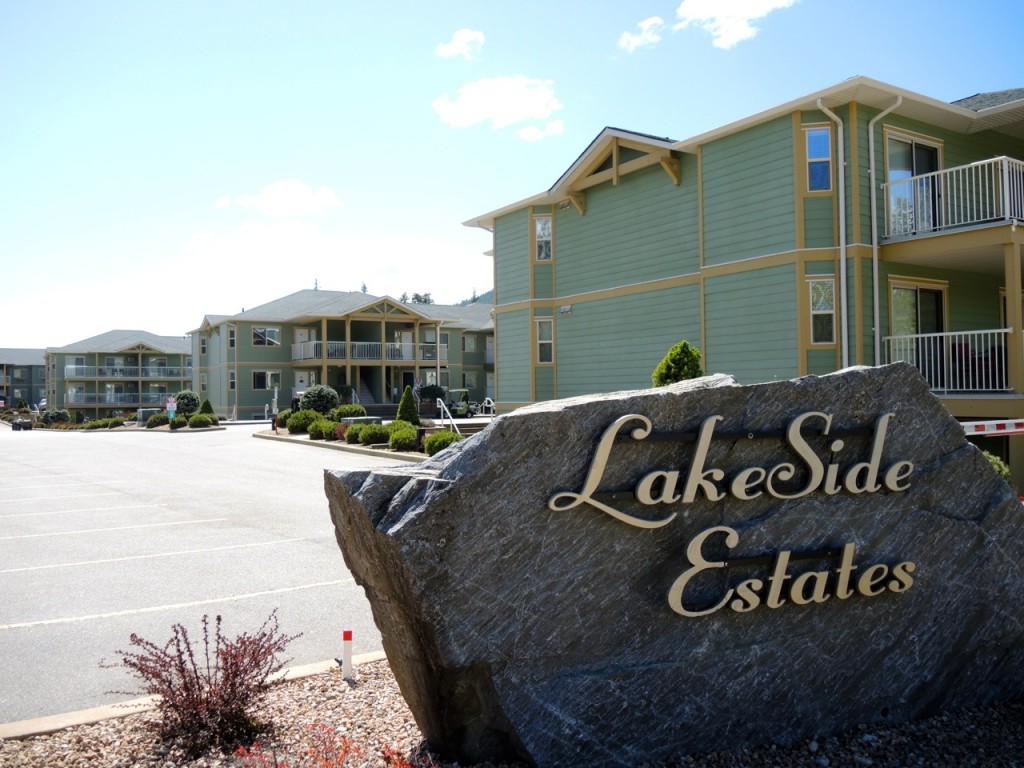