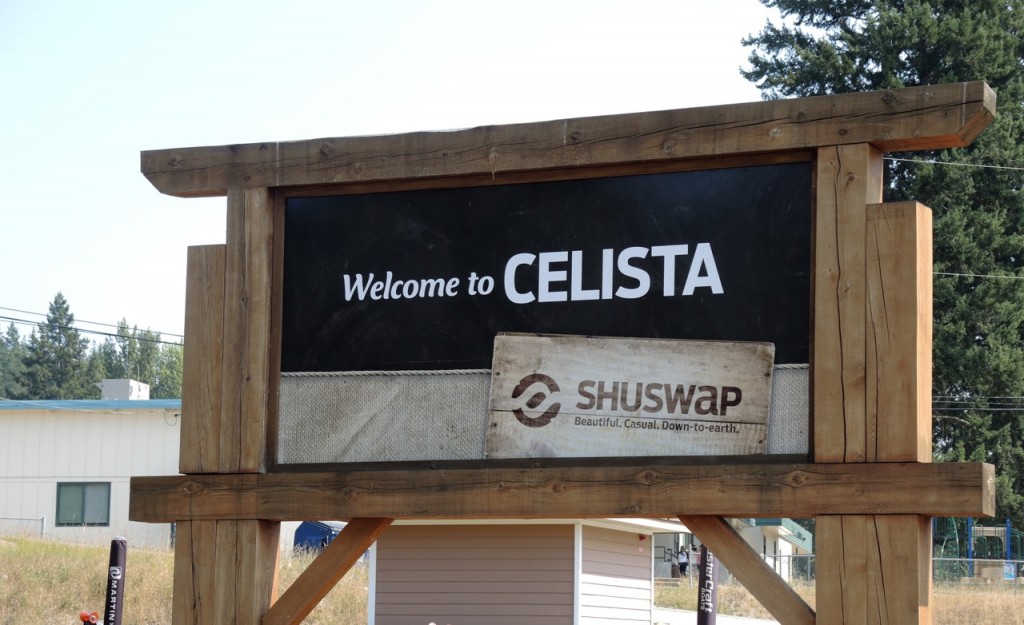 Since Scotch Creek is deemed the commercial centre of the North Shuswap, then it would be best to describe Celista as the cultural centre. Home to the North Shuswap Elementary School, the North Shuswap Community Hall and St. David’s Church, Celista is where local residents often come for educational and cultural activities. It was once called Fowler’s Landing, as North Shuswap’s first settler, Harry Fowler had a floating workshop and home there.

Fowler first arrived to Scotch Creek where he cut ties for the CPR and firewood for the sternwheelers. In 1891, he began homesteading up in the Meadow Creek valley where there were natural meadows. A skilled carpenter, Fowler began a boat building business along the lakeshore, while also helping new settlers find land and build homesteads. He organized the building of the first school in 1910 with the help of volunteers from the community and he supervised the construction of the road to Scotch Creek when the ferry service began there in 1914. 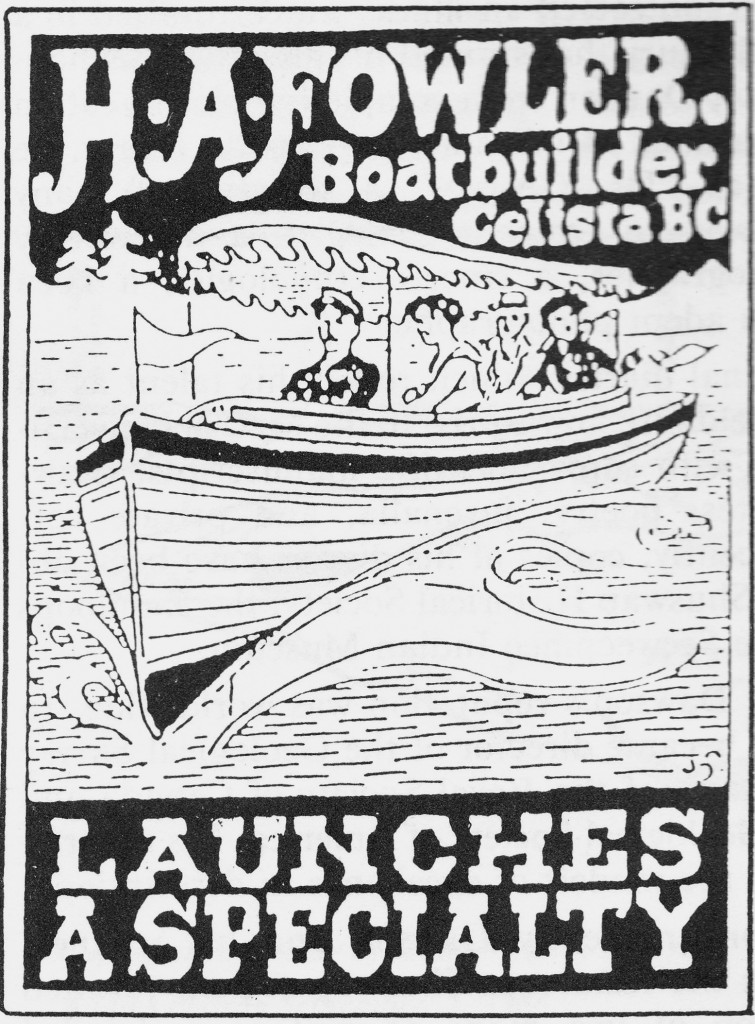 In the early days, Celista was a farming community, with most of the residents living on homesteads on the hillsides above the lake. Created in the early 1900s, the Celista townsite was an early attempt to create a denser community that included the foresight to set land aside for a park and a hall. More research is needed to adequately describe the history of the townsite.

When the post office was set to open in 1908, which was the first on the North Shuswap, a new name was needed. While viewing a map, the Postal authorities found the name, Celesta, of a creek they mistakenly thought was close to Fowler’s Landing. Celesta was chosen, but due to an error in reading the handwritten name it became Celista. This creek, which flows from Humamilt Lake to Albas, was either named after a well-known Shuswap ancestral name, Selestra or after Okanagan Chief TxElaxi’tsa’s son John Celestin (Salista’). 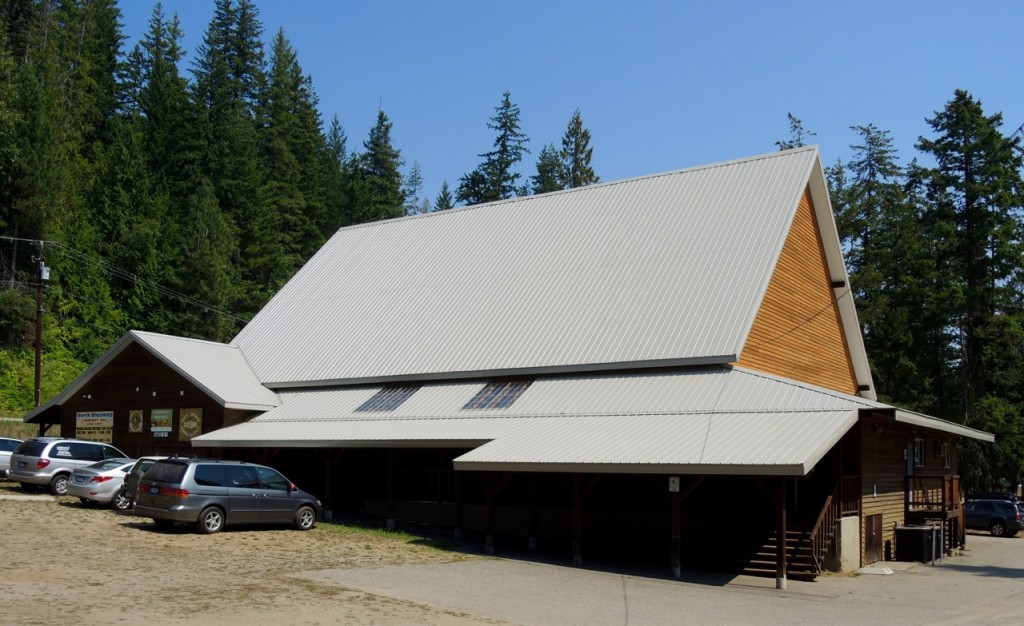 In the early days, schoolhouses also served as community halls, but by the early 1930s, it became apparent that a larger facility was needed to provide space for dances, weddings, meetings and the popular fall fairs. Once again, it was Harry Fowler leading the effort and supervising the construction by volunteers. The steep roof of the large building is itself an architectural marvel, as it was built using small diameter, lightweight cedar pole rafters, braced together to form trusses. 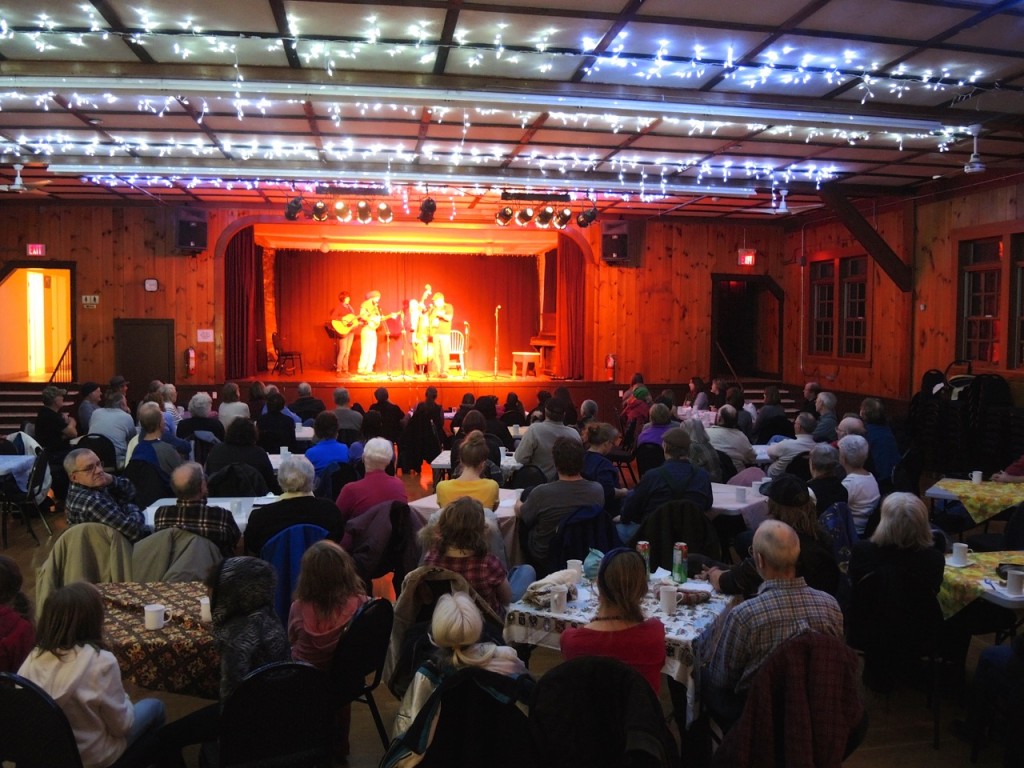 Today, after many additions and renovations, the well loved pioneer hall and the surrounding parkland serves as the focal point for the entire community. In addition to concerts, dances, meetings and special events, there are Zumba and Nia dance classes held during the week and a popular monthly coffee house that attracts musicians and audience members from far and wide. 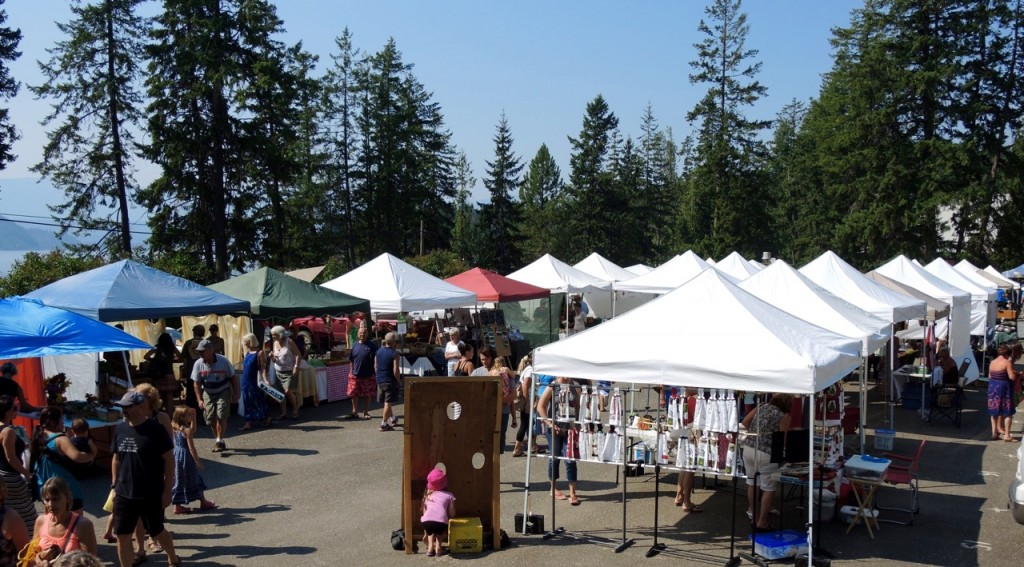 Perhaps one of the best times to visit the scenic lakeside hamlet of Celista is on Wednesday morning in the summer when the well-attended farmer’s market is held next to the hall. In just four years this event has grown from just 10 vendors to over 40, who sell, in addition to delectable vegetables and fruits, a wide variety of crafts, eggs, preserves, free-range chickens, honey and baked goods. There is also live music, face painting and art activities for the kids. The market organizers donate a portion of the proceeds to the Stephen Lewis Foundation to help support African children. 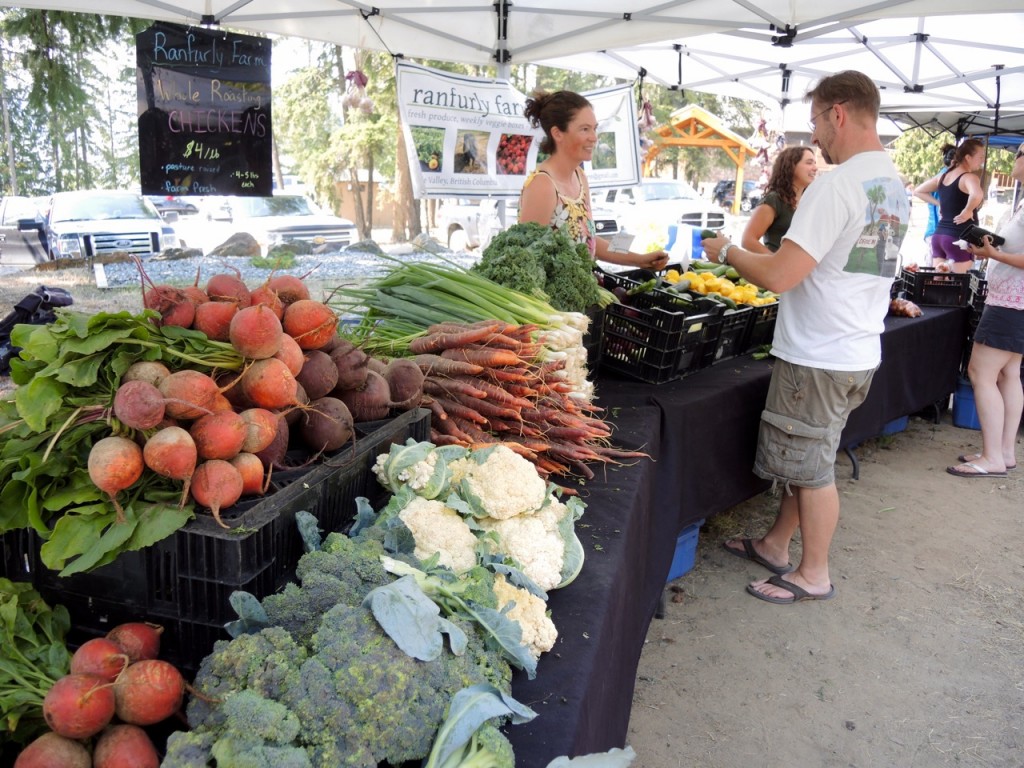 Another attraction for visitors is the new Celista Estate Winery, now North America’s most northern grape winery. Although it just opened in 2009, Celista wines, made with their own winter hardy grapes that began to be planted in 2002, have already garnered numerous awards. They have a wine tasting patio complete with gourmet cheeses, breads, crackers and chocolate that is open daily and they offer public tours on Wednesdays and Saturdays. 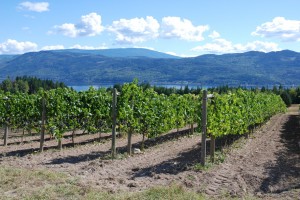 Over the years, the economic driver of the North Shuswap, as throughout much of the Shuswap, has transitioned from farming to forestry to tourism and retirement income. In Celista, vacation homeowners likely outnumber the year-round residents and when summer ends so does the traffic. As climate change is negatively impacting food production elsewhere, the potential exists for Celista to once again become a farming community. 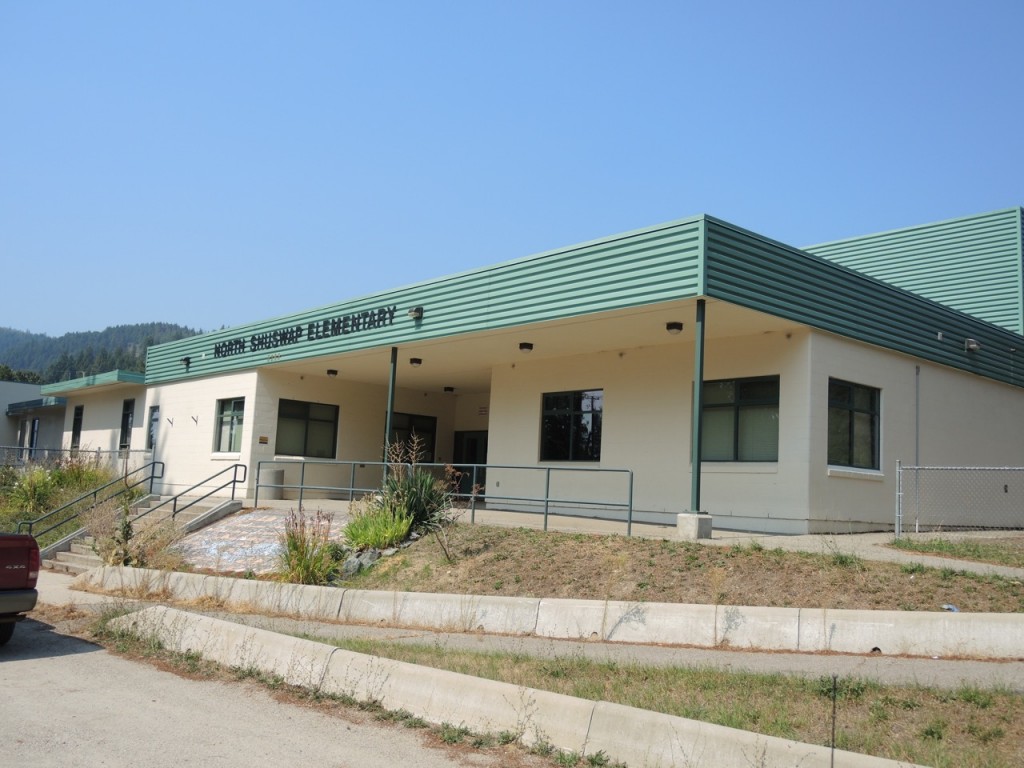