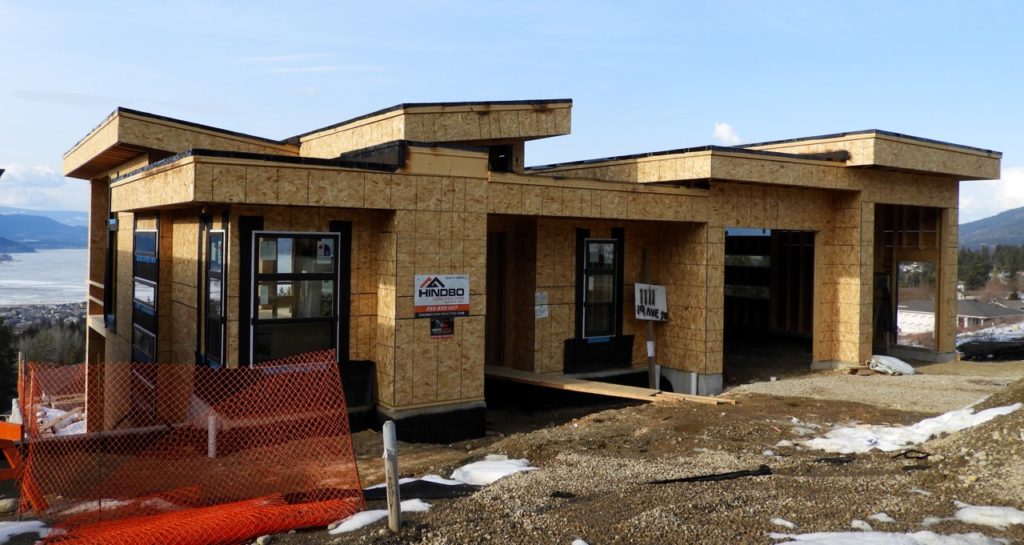 A true local economic driver is a sector that brings in money from outside the community, rather than a sector that either recirculates money within the community or removes it to pay for goods that come from afar. Although the retail sector likely employs the most people, the three largest economic drivers in the Shuswap are pensions and investment incomes, government jobs and construction. 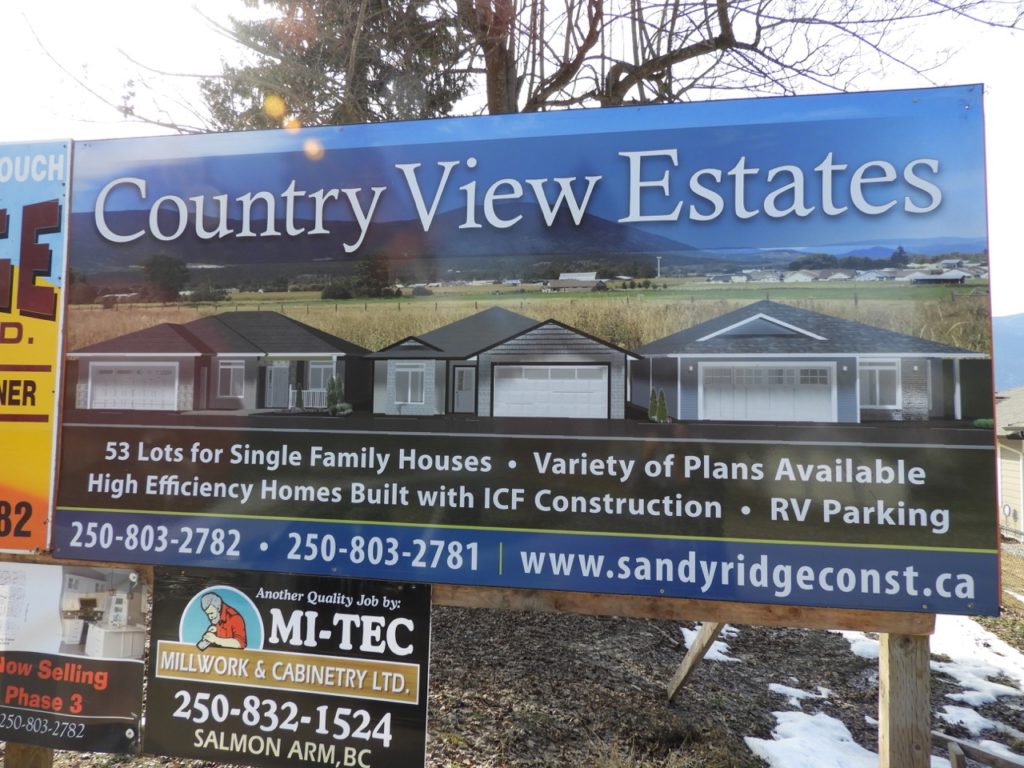 Throughout the Shuswap and especially in Salmon Arm, new home construction is booming in order to provide homes for the growing influx of new residents and local residents who are downsizing. The construction sector is very diverse, as it includes not just carpenters and contractors, but also equipment operators, surveyors, electricians, plumbers, engineers, masons, concrete suppliers, building supply staff, along with many other trades and services. 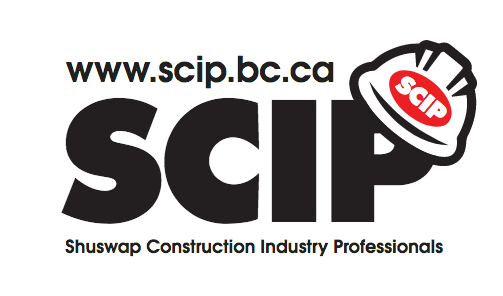 One of the advantages available to new residents who are looking for a contractor or tradesperson to either build a new home or renovate an existing one, is they can contact a unique local organization, the Shuswap Construction Industry Professionals (SCIP) to find a skilled professional. The 234 members of SCIP well represent the wide diversity of the sector and include cabinetmakers, civil engineers, landscapers, building inspectors, roofers, insurance providers and well drillers. 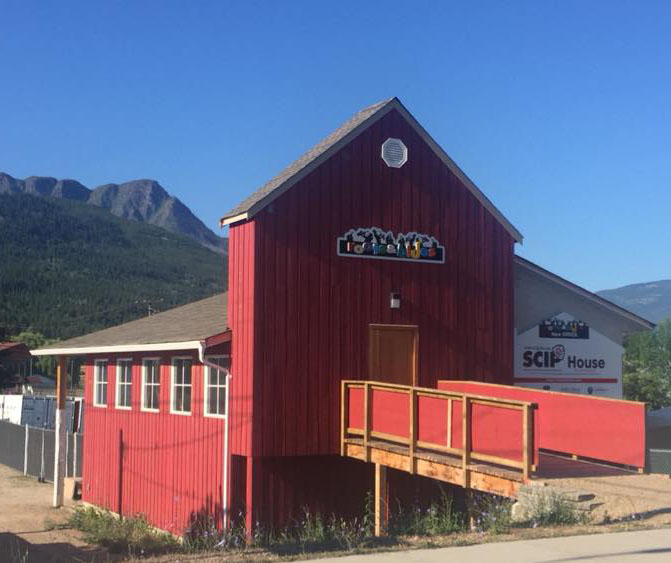 SCIP not only works with local governments to represent the interests of its members, it also provides services to the community including promoting educational initiatives and assisting with local projects like the new Roots and Blues office. The ‘Explore a Trade Program’ in local schools has benefited from funding provided by SCIP that helped with the purchase of tools and supplies.

The change in home styles being built in the community reflect the changing demographics of the growing community. Some of the new subdivisions in Salmon Arm consist of smaller homes on mini lots that require little or no maintenance, which is what many retiring boomers prefer when they move here from the coast or downsize from larger local properties. 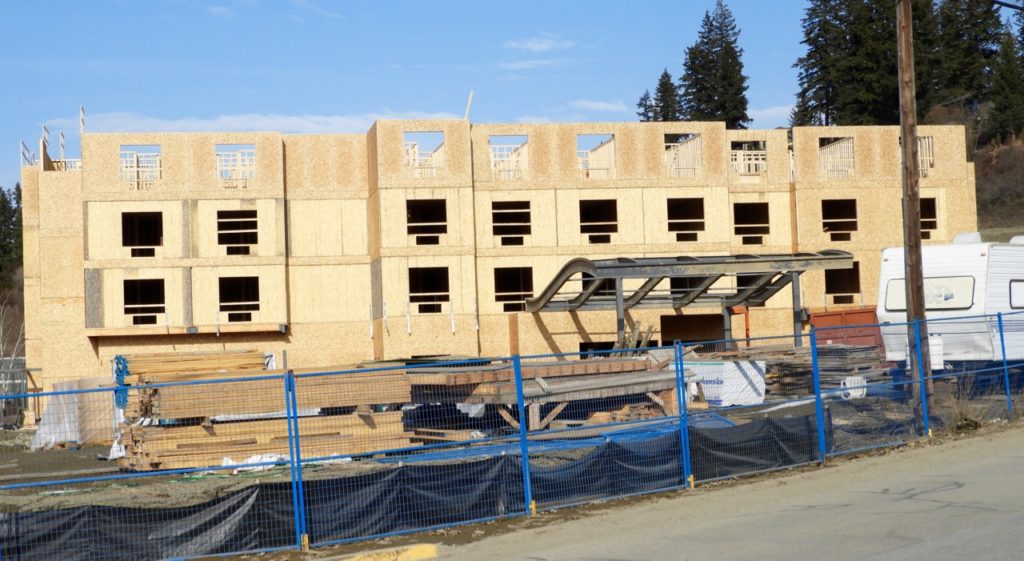 The new Marriott Hotel under construction

One of the challenges faced by local contractors is the lack of skilled tradespeople, as the average age for these workers is 55 years and many students choose post-secondary education rather than a trades program. Another challenge is that often the large construction projects, such as the Marriott Hotel and the new Credit Union, are awarded to companies from larger centres that are able to bid lower because they have a skilled workforce and can purchase supplies in bulk. 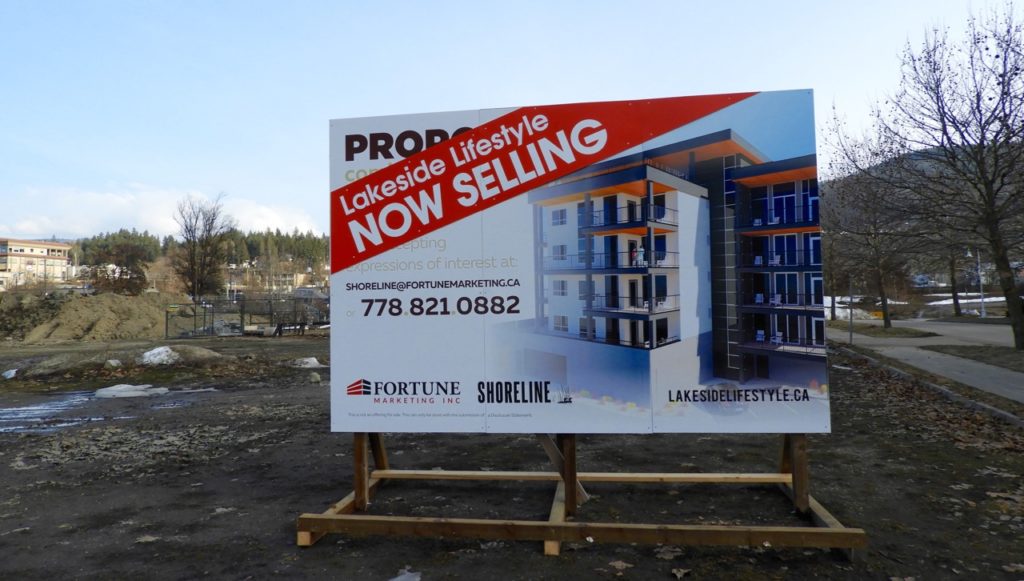 Future economic growth is in many ways dependent on a growing population. The construction sector thus plays a key role in growing the local economy.

Not all of the large projects in Salmon Arm were built by outside contractors. Ian McDiarmid’s construction company has built a number of well known public buildings, including the CSRD and the Salmar Grand. Bill Laird’s company is also responsible for many key construction projects including in the downtown core and the new Askews Foods. 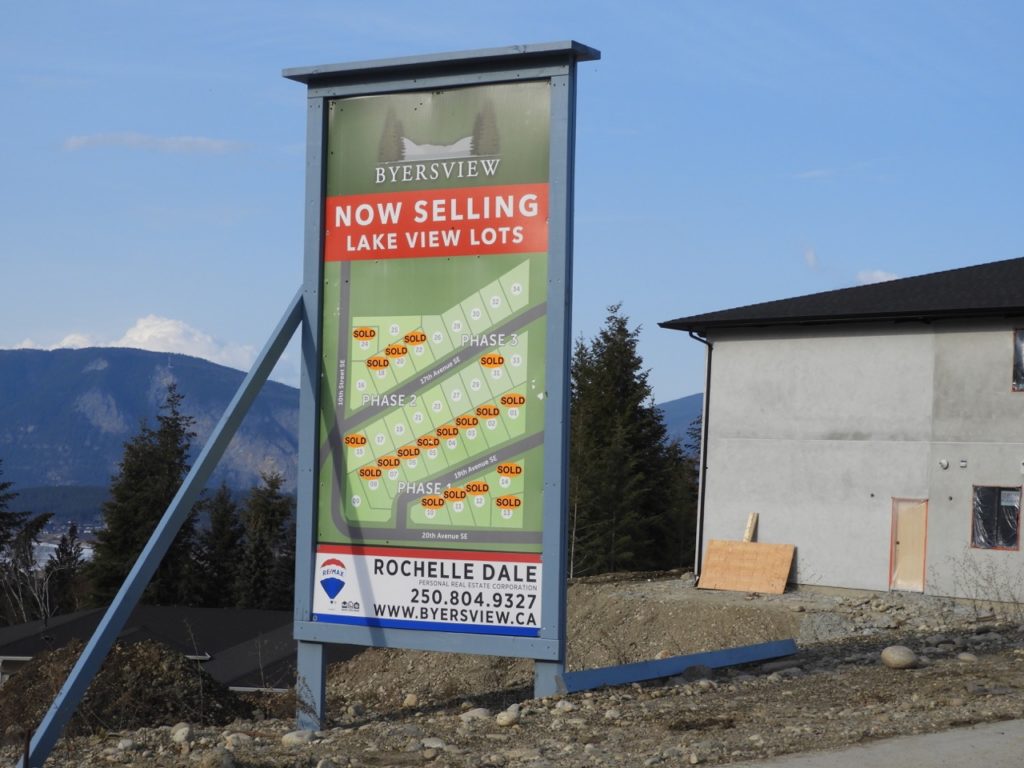 It is amazing to see all the recent subdivisions in Salmon Arm and most of these are already filled up. Many of the new lots are also quickly being sold, as the demand for house lots in the Shuswap appears to be growing, given all the amenities available and the region’s relaxed lifestyle with minimal pollution traffic or crowds.

For many years, there was a vibrant log building sector in the Shuswap. In recent years only a few companies remain, largely because the demand for log homes has fallen. In the past, many log homes were exported to Japan, but interest in log construction has waned there. Germany also imported many homes, but now they are purchasing them from Russia, where they can build them for less money. The American market has also softened, due to more local producers entering the field. 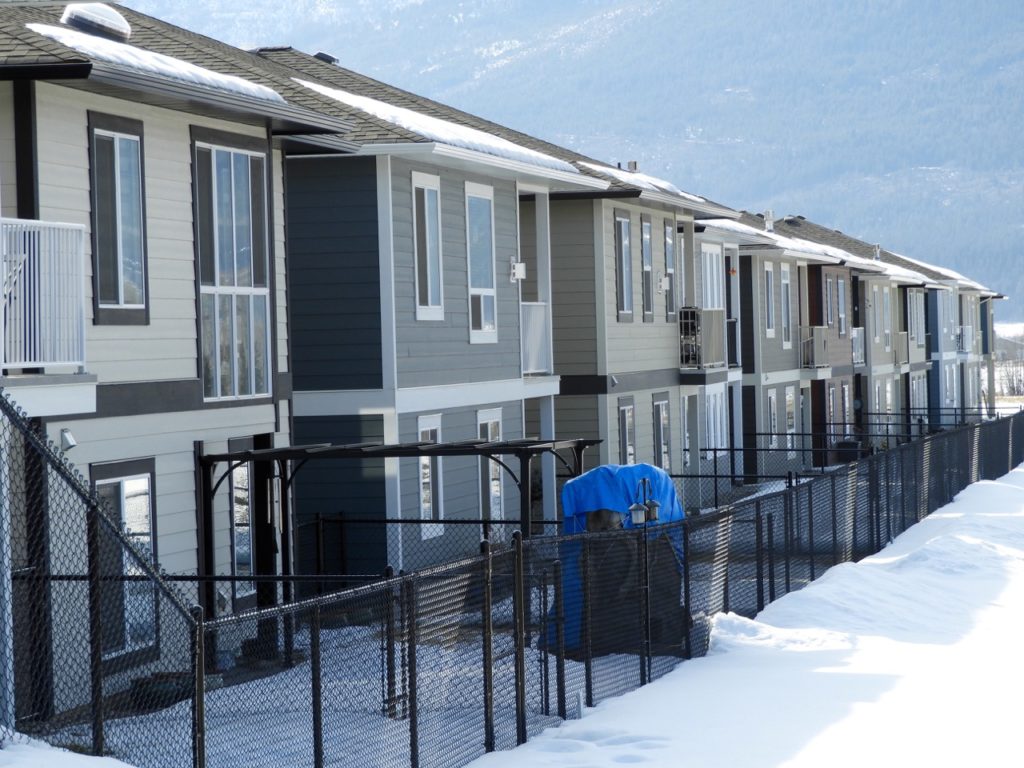 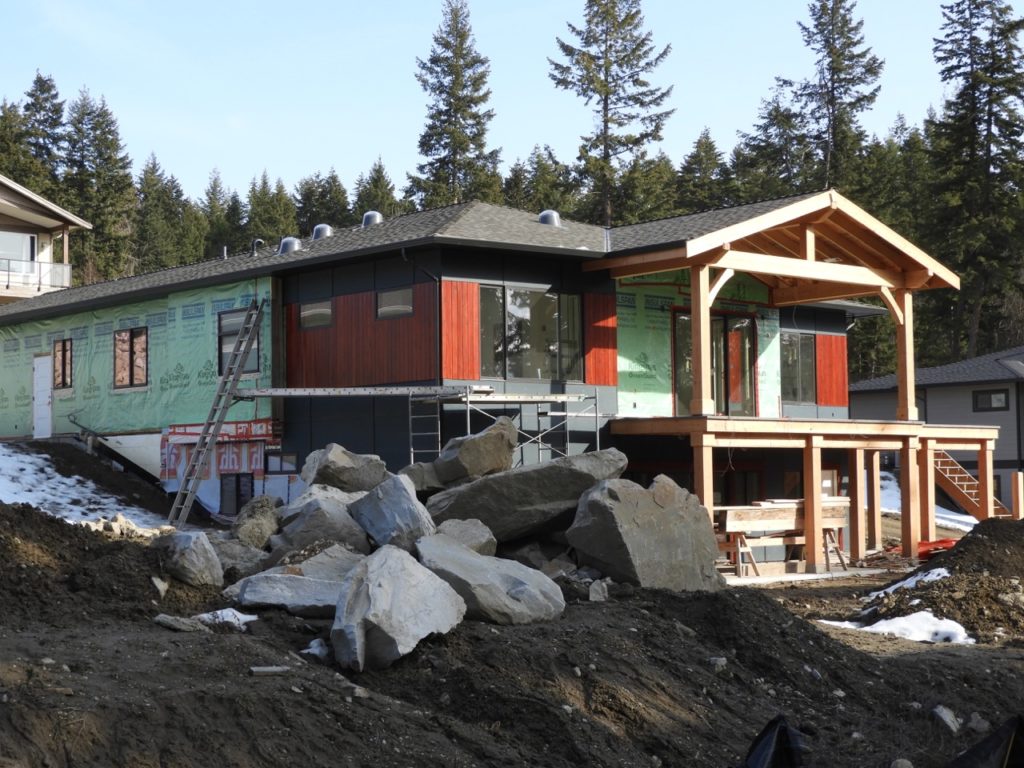 Larger, unique homes are also popular such as this one under construction in Upper Raven