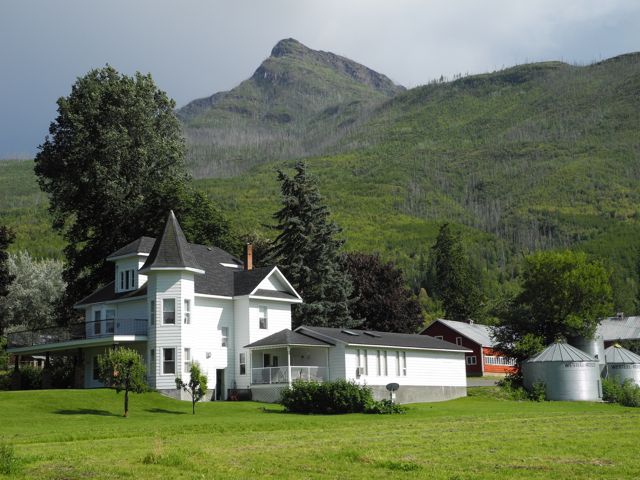 Agriculture has long been part of the Shuswap’s heritage, one of Silver Creek’s many old farmhouses

Local supermarket shelves overflow with food, but given the projected impacts of climate change this may not be the case in the future unless more efforts are made to improve food security in the Shuswap. As droughts intensify south of the border, local farmers in conjunction with local government have developed a plan to address the growing need to improve and expand the Shuswap agricultural sector and to the south in the North Okanagan, another plan is being formulated. 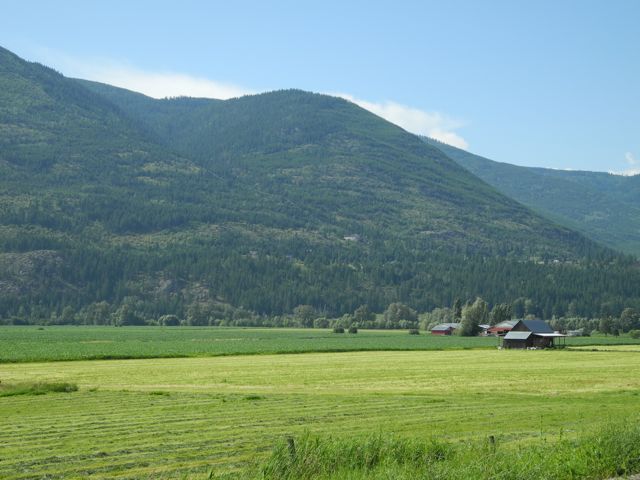 The Shuswap is blessed with some of the best farmland in the province, but too much of the land is underused or lies fallow, while farming continues to represent a minor part of the local economy. Despite the growing interest in farmers markets and local produce in some stores, the vast majority of produce comes from massive farms hundreds, if not thousands of kilometres away. At least now, there is an excellent strategy designed to promote change. 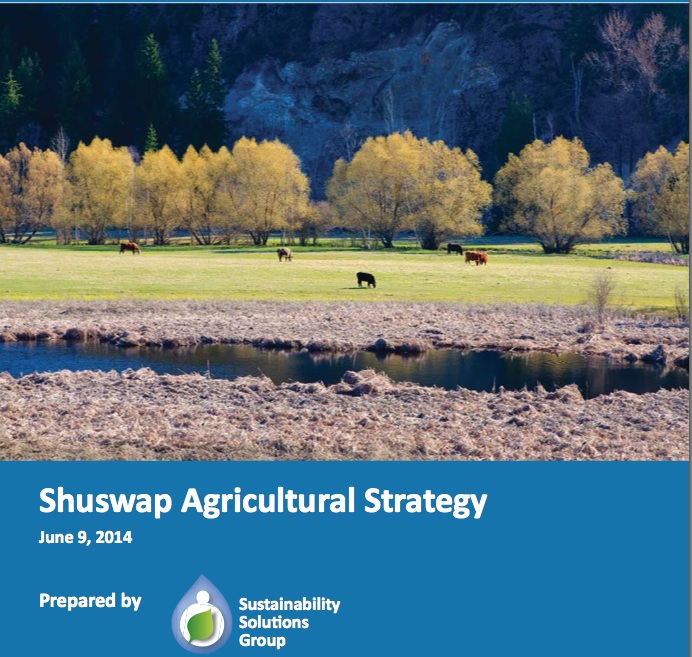 The process to develop the CSRD Agricultural Strategy began in 2011 when the Economic Development Society initiated a discussion group of farmers and farming advocates. With funding obtained from an agricultural foundation and the CSRD, a committee was formed and the Sustainability Solutions Group was contracted to assist with the development of the strategy. 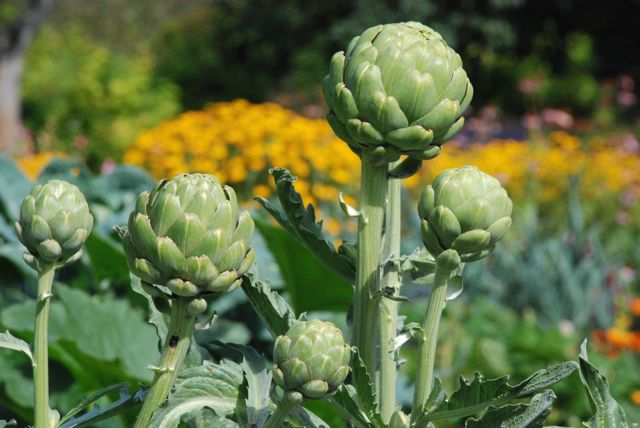 Artichokes are one our the favourite crops in our garden

There are 54,566 hectares in the agricultural land reserve in the Shuswap portion of the CSRD, and there are 616 farms, down from 685 in 1996. Nineteen use organic practices and 15 are certified. 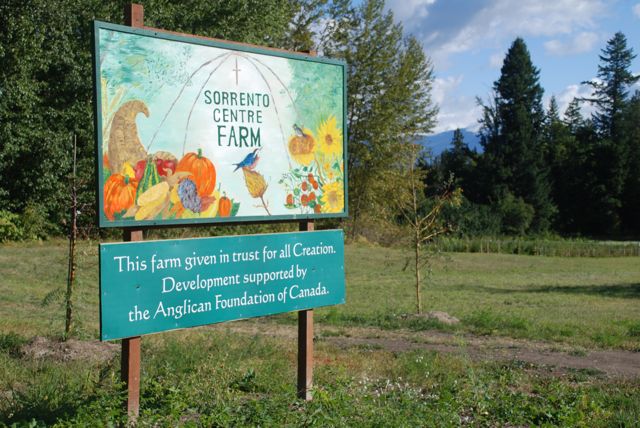 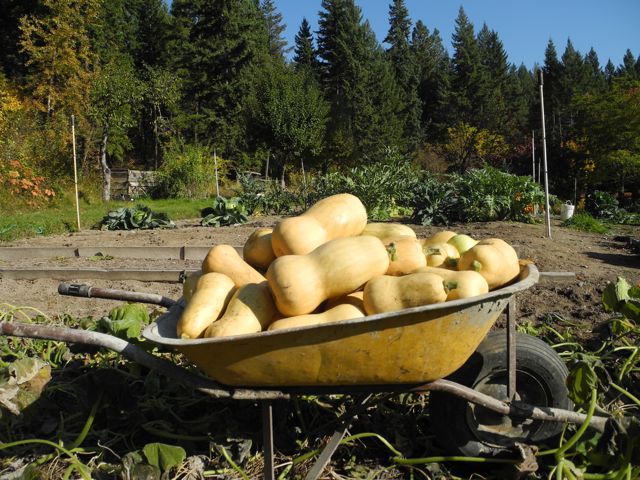 There are no shortages of challenges facing Shuswap’s agricultural sector, with perhaps the biggest concern being the average age of farmers is now 56, and there are few financial incentives for young people to begin farming. Increasing land values create a hefty barrier for anyone planning to take up farming. In addition, there are few people willing to do farm work due to the low wages and its seasonal nature. Adding to the list of problems is the lack of provincial attention, as the Ministry of Agriculture has cut staff and no longer provides any local assistance. 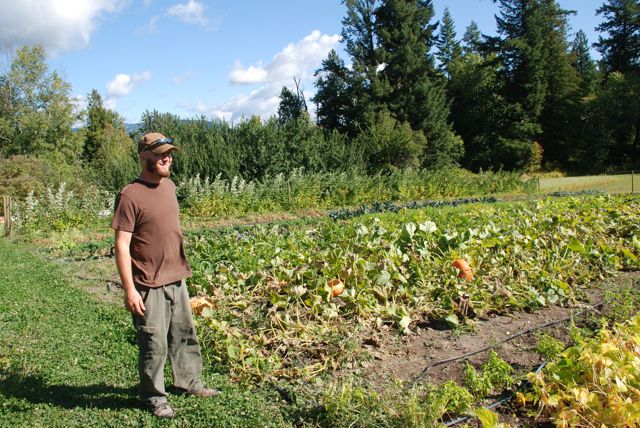 Despite the problems, there is no lack of opportunities in the Shuswap, with its rich agricultural history, including a growing interest in local food production and markets by both the public and local governments. Perhaps the most promising development is the proposed downtown college campus initiative, with its suggested focus on agriculture.  One of the most significant success stories is the increase in the number of vineyards and wineries in our region that illustrates one of the few advantages of climate change, as Shuswap is becoming the most northerly grape growing region in all of North America.

The Agricultural Strategy includes 19 recommendations, that if implemented would vastly improve local food security as well as strengthen the farming community to make it more profitable and viable in the future. Retired dairy farmer, John McLeod, has been involved in the strategy development process since day one and he also is heading up the newly invigorated Shuswap Food Co-op. He believes that achieving success will require education and cooperation. He thinks the key recommendation is the need to establish an organization to acquire funding and implement efforts to improve marketing, establish new infrastructure and facilities and promote local initiatives. 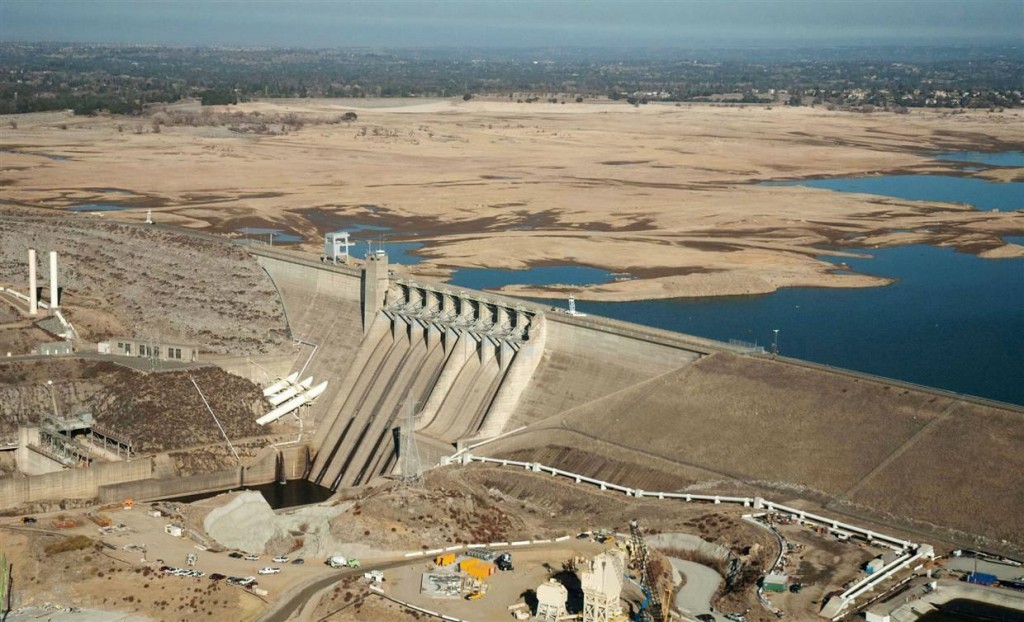 One of many nearly empty California reservoirs

Just as necessity is the mother of all inventions, so too will agriculture one day rise to the top in the Shuswap because we all need food to survive and land to the south may one day become too dry to farm. The Shuswap has the water, it has the fertile soil, and one day when more and more people want to eat healthier food that is grown locally, agriculture will once again be at the top of the agenda.

Although there is a growing number of young people interested in a sustainable agriculture lifestyle, there are few opportunities for these keen farmers-to-be to acquire farmland. A strategy is needed that would provide suitable land for these young people to grow food for local markets. Too much land either sits idle or is only used for grazing or hay production. Efforts are needed to provide more outlets for local produce and to help local farmers produce food for local use.

We have been gardening in the North Shuswap for 45 years and we produce far more food than we can consume. Thus we are always on the lookout for folks who do not have gardens that we can give our produce to so they can enjoy, fresh, quality organic produce.