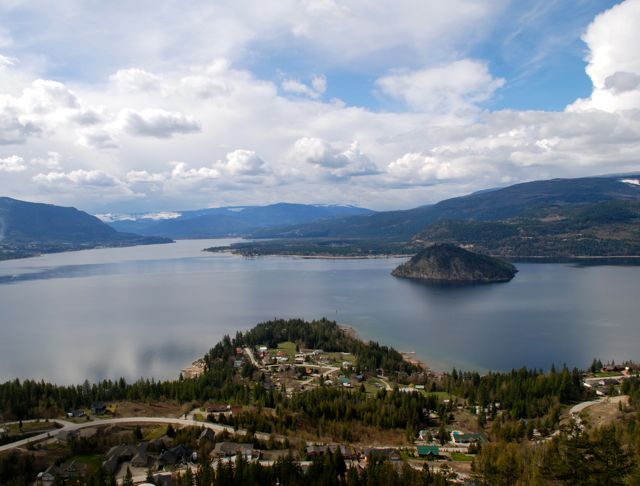 View from the hiking trail in the Blind Bay Hills

The Shuswap is fortunate to have so many unique and diverse regional district parks, from trails, to playgrounds, beaches, bike parks, campgrounds and conservation areas. But this was not always the case, as it took a fair amount of advocacy efforts, followed by public consultation and planning to create the impressive park system that we enjoy and appreciate now. One of the catalysts to the development of the system was the effort to halt the proposed clearcutting of the Blind Bay hills and above Gardom Lake.

Early in the year 2000, plans were released by the then Small Business Program to clearcut log large blocks on the hillside directly above the community and residents were outraged. The Shuswap Environmental Action Society (SEAS) became involved by launching a major campaign that included petitions, brochures and advertisements. In response to the outcry, the forest service delayed their plans and organized a working group of concerned citizens to provide advice on a revised plan. 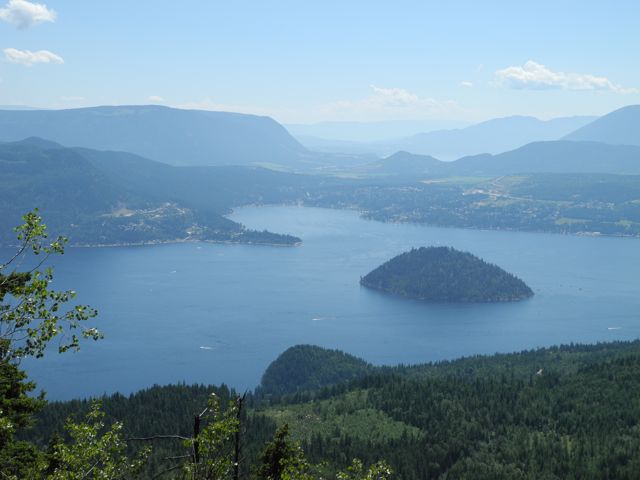 The view of Blind Bay and Copper Island from the Hlina Bluffs Lookout Trail high above Scotch Creek, North Shuswap

SEAS member Janet Pattinson did the research and prepared the report that clearly showed how over half of the regional districts in the province had extensive park systems that provided key public values. There was 29,000 hectares of parks in the Greater Vancouver district, 28 parks in the Capital Regional District including an 8,300-hectare conservation park and 80 parks in the nearby Central Okanagan.

In November 2000 the park study was presented to the CSRD directors, which helped them understand why regional parks were needed in the Shuswap.  After the presentation, a motion was passed and seconded to write a letter to the Ministry of Forest that requested logging moratoriums in Blind Bay and above Gardom Lake.  The motion was tabled until the January meeting to provide time to hear from the forest service, which later denied the request for moratoriums. 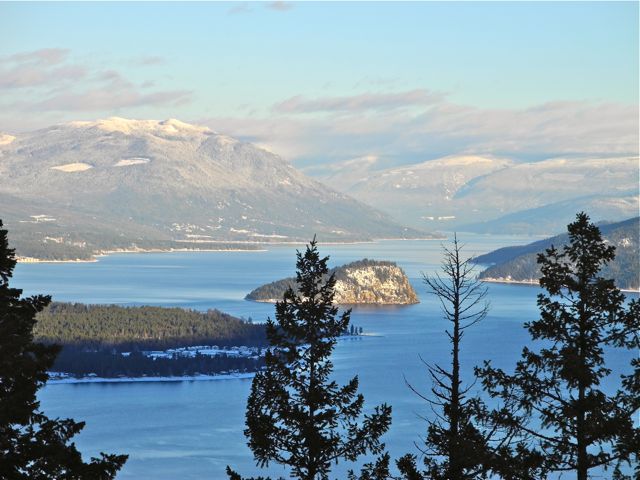 The spectacular view from the South Shuswap’s newest trail, Mt. Baldy, above Sorrento to the west

Prior to the presentation, the CSRD had begun looking at the concept of a parks system and had assigned a planner to investigate potential sites. SEAS urged the directors to expedite the process and they did. By 2003, park planner Roger Beardmore had been hired to oversee a regional park planning process, beginning in Area C, the South Shuswap.

The Blind Bay Working Group process finished its work in July 2002 and submitted recommendations that called for the use of single-tree selection logging only in key areas and wide buffers for the popular trail network. A revised plan was then developed by BC Timber Sales that incorporated many of these recommendations and thankfully the hillside within the view of Blind Bay homes remains free of clearcuts today.

The regional parks plan was completed for South Shuswap by 2004 and it included the well-used trail network that connects Blind Bay with White Lake. With help from the Shuswap Trail Alliance, these trails were improved and are well used today by hikers, mountain bikers and horse riders. The South Shuswap has now the best-funded parks program, as residents are only too happy to provide the taxes needed. 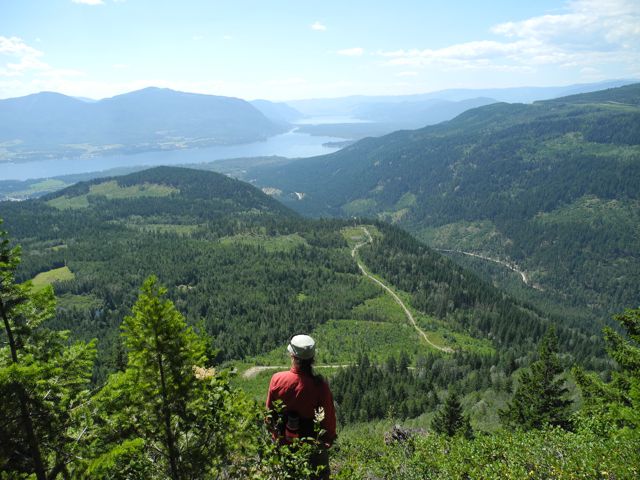 The situation was somewhat the reverse in the North Shuswap, where some residents opposed the parks plan and circulated a petition in 2005 with erroneous claims of high tax costs and calling it to be nixed. Once again citizens had to rally to support the parks program by presenting a brief to the CSRD, which pointed out, “A park system will help to instill pride in our region and responsibility for public places and will help to foster greater respect for nature and for community values.  Parks help to define a community by providing green spaces where neighbours can get to know each other and share the fresh air, scenic views and clean water.  Parks help to promote healthy and active lifestyles, either through team sports or simply walking and hiking.” 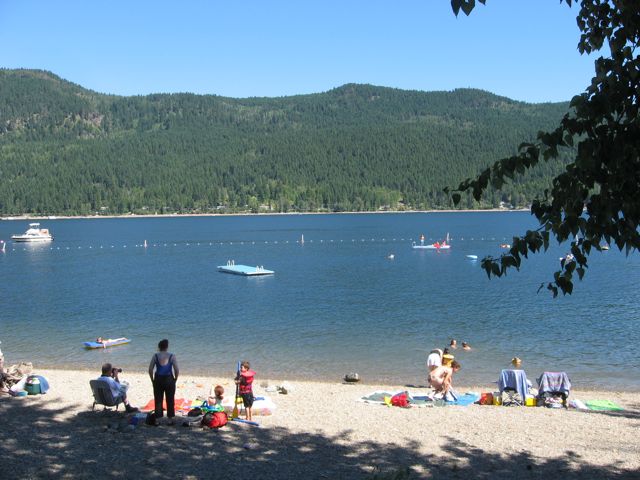 Thankfully, the CSRD maintained its commitment and moved forward to create the well-used and appreciated park system we all enjoy today. Although the budget remains the smallest in the North Shuswap, some excellent improvements to infrastructure have been made and more work continues. And throughout the Shuswap thousands of residents utilize the many regional district trails, campsites, beaches and playing fields thanks to the efforts of CSRD directors and staff and local citizens who began advocating for parks 14 years ago.

Fortunately, the only government agency involved in subdivision in those days was the Ministry of Transportation and Highways which mandated the waterfront land sellers to set aside 66 feet wide public accesses to the lake at regular intervals (often where a road meets the lake) to allow for fire trucks to reach the lake for water and for emergency access to the lake. Many of these accesses are now CSRD marine parks and provide some of the only way for upland property owners to reach the lake for a swim. Some of these marine parks now have picnic tables, toilets and swimming areas surrounded by buoys to keep motorboats away. And a few of these accesses have become boat launches.

The CSRD Park system includes advisory committees for each of the local areas. These committees provide advice on where tax dollars should be spent to improve infrastructure. However, the ability of these committees to influence policy is very limited. Area C (the South Shuswap) is now beginning a new public process to gather input on future expenditures, as the park system there is now 10 years old.