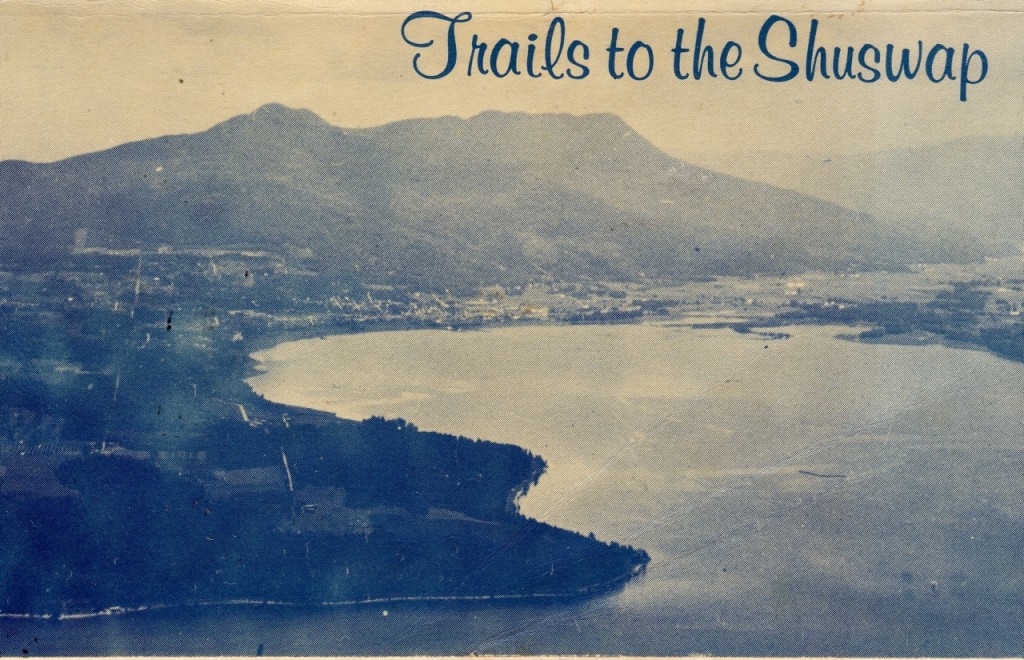 Long before the Trail Alliance was even a glimmer of an idea, seven outdoor enthusiasts produced the first trail guide for the Shuswap region. In 1973, this group of like-minded friends who enjoyed exploring the backcountry obtained a federal Opportunity for Youth grant to publish a thin book with maps, photos and descriptions of local trails as well as canoe and cycle routes. 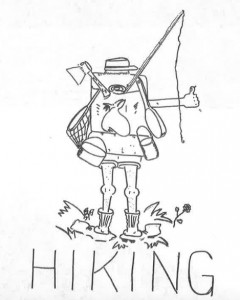 Under the leadership of then SFU student Don Barz, the group spent their summer vacation hiking, biking, canoeing and camping throughout the Shuswap. Thankfully they had help from local pioneers, the Shuswap Naturalists, the forest service, BC Parks Branch, the Salmon Arm Observer, and many others, especially local college instructors, Tom and Connie Crowley. 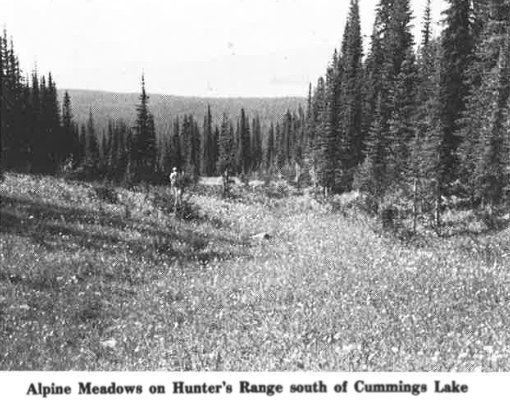 The result, Trails to the Shuswap, is a treasure trove of information about many of the places that help make the Shuswap so special. From the hand-drawn maps to the scenic photos and detailed descriptions, the book not only provides valuable information but is also a snapshot of what life was like here over forty years ago, when few people cared if you crossed their private land, most of the parks did not exist and there were far fewer logging roads. 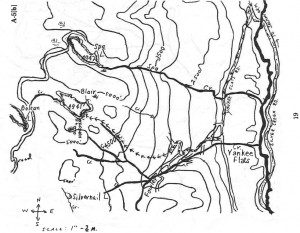 Two of the locations in the book that were new to me include Paradise Falls, a waterfall on Bastion Creek at the end of Sunnybrae Road and Notch Hill Falls. However, access to both is problematic now because the routes cross private land. I look forward to paddling on the short stretch of Wap Creek above Wap Lake as described in the book, as this is a wildlife rich wetland area. And next time we go canoeing on Adams Lake near Bush Creek, we will attempt to find the two old mine shafts located on the rocky east shoreline. 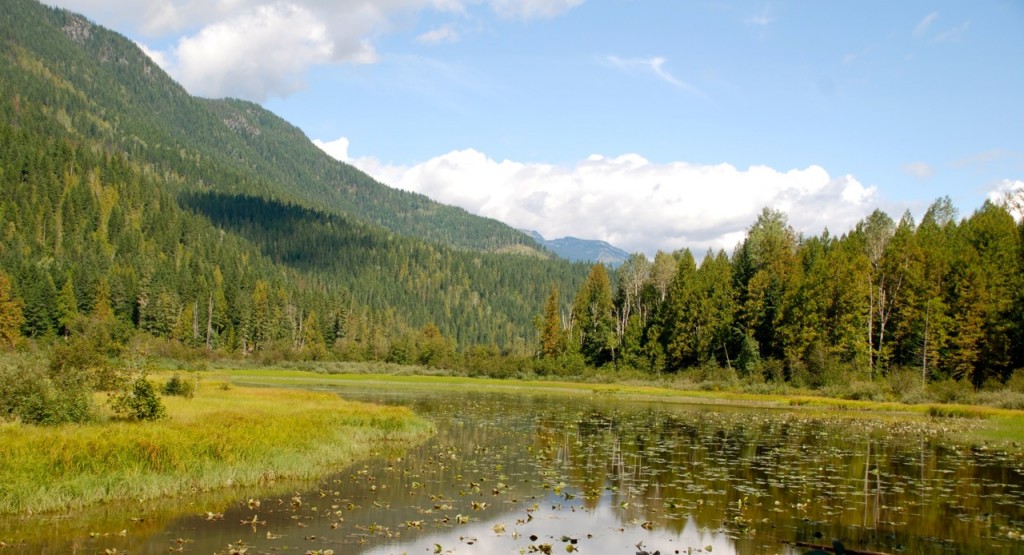 Shortly after this first guidebook was published, a larger group of hikers and skiers came together to form Shuswap Outdoors!, that has since been organizing year-round outdoor adventures. During the winter of 1974-75, they decided it was time to produce a new and expanded trail guide, 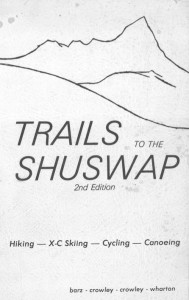 which was published once again with help from the Salmon Arm Observer.

The second and much thicker volume includes more interpretive information, including notes about Shuswap geography, archaeology, climate and ecology, along with some cautionary advice and non-motorized recreation philosophy. There are a number of pages devoted to the Larch Hills, which had not yet become a dedicated ski area. 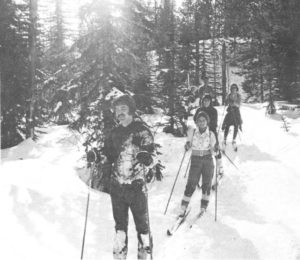 In fact, it was Shuswap Outdoors! club members who first cleared out old horse logging trails to ski on and they were careful to leave the brush at the entrances to deter the snowmobilers who also used the area. 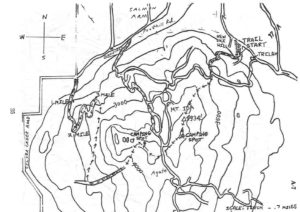 The second volume is filled with insightful prose about the merits of spending time in wild places, “In passing quietly among the stream through the primeval alcove of ancient cedars and among the rich green patterns of thimbleberries and devil’s club, there is a sense of being softly and organically at home.” 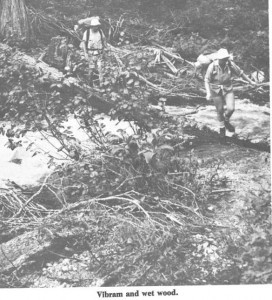 As well, some of the trail descriptions including warnings such as, “this hike should only be attempted by experienced adventurous hikers as several parts of the trail may not be obvious and other parts offer potentially dangerous conditions.”

One of the areas added to the second volume is the Upper Shuswap, which offers so many backcountry adventure opportunities, including Greenbush Lake and Monashee Provincial Park. The description of Shuswap Falls includes a synopsis of the First Nation legend about the lonely coyote that made a big kettle to trap the salmon that were subsequently blocked from heading upstream to spawn when the dam was built. And there is an appropriate description of the small lake that is now a reservoir, “Sugar Lake is a fine example of how man can mess up an area in the name of progress.” 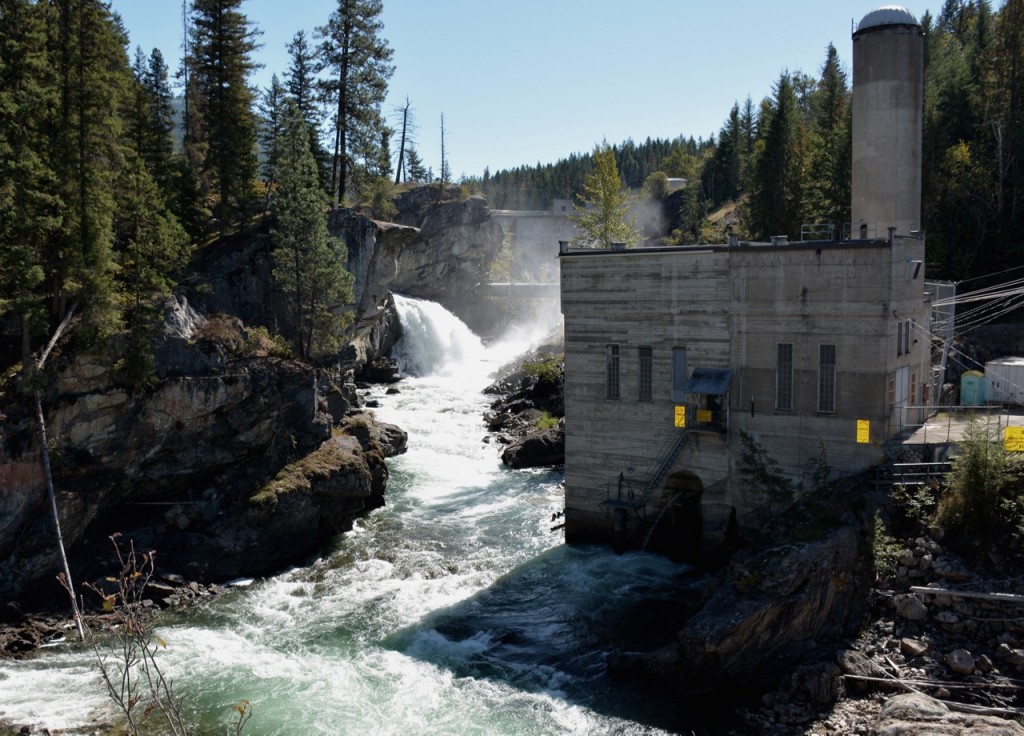 The first guidebook omitted a description of Grace Mountain, the Cottonbelt and the gold rush trail because they were unable to access the area due to weather and time constraints. In the second volume we learn how the BC Hydro right-of-way construction had obliterated much of the historical trail and a number of access routes to the Cottonbelt are described, which now are likely lost due to logging. 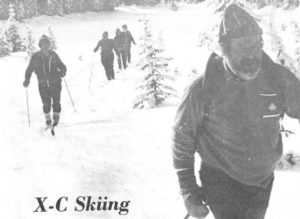 These early trail guides are now useful historical documents and can be used in conjunction with the current, and much more accurate, guidebook produced by Shuswap Trail Alliance in partnership with Shuswap Tourism. Both editions have been scanned and are available in PDF format on the Shuswap Watershed Project website (shuswapwatershed.ca).

Here are the direct links to the early trail guides:

If you are interested in Shuswap geography, these early guidebooks are a must read. These early trail pioneers deserve accolades for putting in so much volunteer time to promote non-motorized recreation, build trails, produce these guidebooks and promote trail use.

We must remember too that the Secwepemc people have made and maintained trails here for over 9,000 years. Most of the early routes used by the explorers and gold seekers were indeed old First Nation trails. 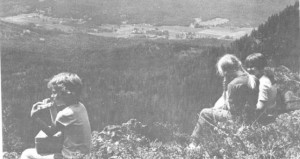