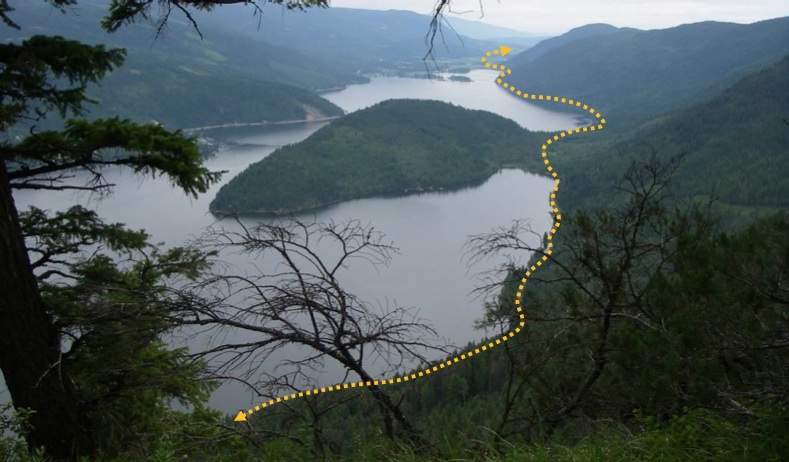 Up until recently, the Shuswap has missed out on the tourism and recreational opportunities that arise from the development of long distance corridor trails constructed on former railway right-of-ways. However, the prospect now exists for a scenic, nearly level cycling and hiking trail along the west side of Mara Lake from Sicamous to Armstrong, which could then connect via side roads farther south. The route is the former Shuswap and Okanagan Railway, built as a spur line to the C.P.R. in 1892, used until 2009 and now undergoing salvage operations. 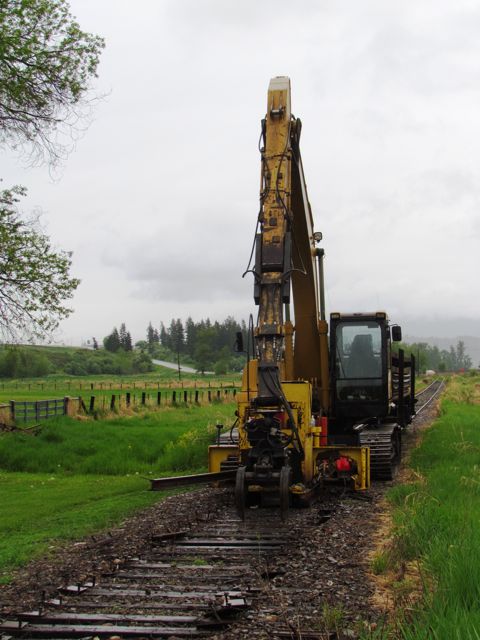 To the south, the Okanagan Rail Trail Initiative has attracted many supporters and funding for an impact assessment that determined the trail from Vernon to Kelowna would attract thousands of new visitors, millions of dollars in revenue including significant employment income. There would also be options to connect this trail to the KVR rail trail and to another trail to Osoyoos. If all of the rail-to-trails initiatives were successful it would be possible to bike or hike from Sicamous to the U.S. border or connect to the KVR Rail Trail and travel to the Kootenays.

The legal abandonment process began for the Sicamous to Armstrong railway in 2009, which included a period when each level of government had the opportunity to purchase the line. Unfortunately, governments were unsuccessful as CP insisted on receiving more money than the governments were willing to spend. The process is now moving into a private purchase phase with CP’s real estate division. To the south, the railway was decommissioned in June and has now entered the government bid phase.

Rail trails are extremely successful and popular in many regions of the province and in the United States. Recently, a 25 kilometre rail trail from Kimberly to Cranbrook was paved at a cost of approximately $3-million and is now being used by commuters using bikes. In the Kootenays, the Nakusp and Slocan Railway and Galena Trails between Kaslo, New Denver and Nakusp that includes a hand powered cable car crossing over a creek canyon has been a boon to the local tourism economy.

The proposed 50 kilometre rail trail between Sicamous and Armstrong would attract visitors to the Shuswap from throughout the world and would improve the tourism economy during the spring and fall shoulder seasons. As well, it would provide another way for local outdoor enthusiasts to enjoy healthy hiking, jogging and biking activities and appreciate million dollar views. And there would be many potential spin-offs including a tie-in to agricultural tourism in the Shuswap River farming valley.

The Turtle Bay Peninsula is crown land that should be a provincial or regional district park due to its prime location and intriguing features including old growth forests, rocky bluffs, an abandoned mineshaft, and Indian pictographs. It would be accessible via the rail trail. As well, Rosemond Lake is an extremely sensitive ecological area with mud flats that are often damaged by mud-boggers. A rail trail that is properly controlled to restrict motorized use would improve the management of the Rosemond Lake area.  There is also access from the Larch Hills to the lake and the small recreation campsite. Establishment of the rail trail could also result in improvements to this campsite, which could include an interpretive trail for the adjacent Secwepemc pit house sites. 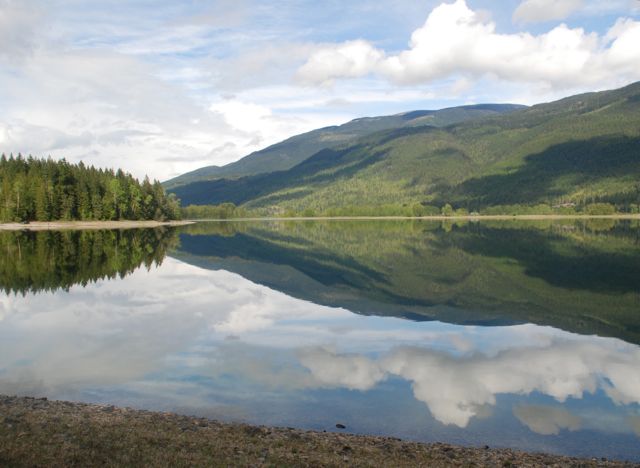 A major initiative is now underway by the Shuswap Trail Alliance to encourage the acquisition of the Sicamous to Armstrong rail bed for a non-motorized trail. The Alliance is working closely with the Splatsin Indian Band and they acknowledge the Secwepemc title and right over the land, which is in the band’s territory. The Splatsin Band is currently in negotiations with CP and when an agreement is finalized the corridor will be put forward for private sale. The Shuswap Trail Alliance initiative is a call to action for local governments to work with Secwepemc and federal and provincial government leaders to assemble a financial strategy that includes community business sponsorships to enable the submission of a bid to purchase the corridor.

The public is urged to participate by contacting all levels of government and urging them to take action to acquire the potential greenway. To learn more about the initiative, read this Shuswap North Okanagan Rail Trail Brief (STA) by the Shuswap Trail Alliance.  And to learn about the proposed Central Okanagan greenway, visit: www.okanaganrailtrail.ca