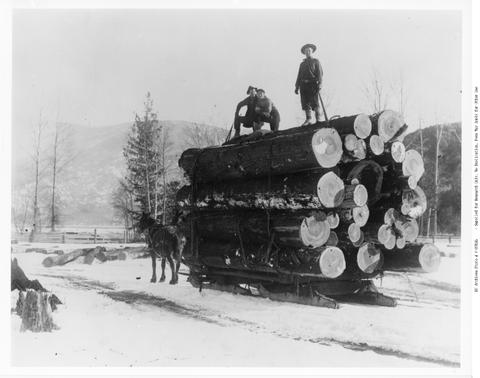 In addition to the hundreds of forestry workers who flocked to Chase when the Adams River Lumber Company set up its massive sawmill, there was a young, very skilled photographer who came to stay for the rest of his life. After working as an itinerant photographer throughout southern Alberta, the Okanagan and the Kootenays, Walter Forrest Montgomery moved to the town in the spring of 1909 and soon became a very respected and much appreciated member of the community. Years later, his magnificent images became legendary. 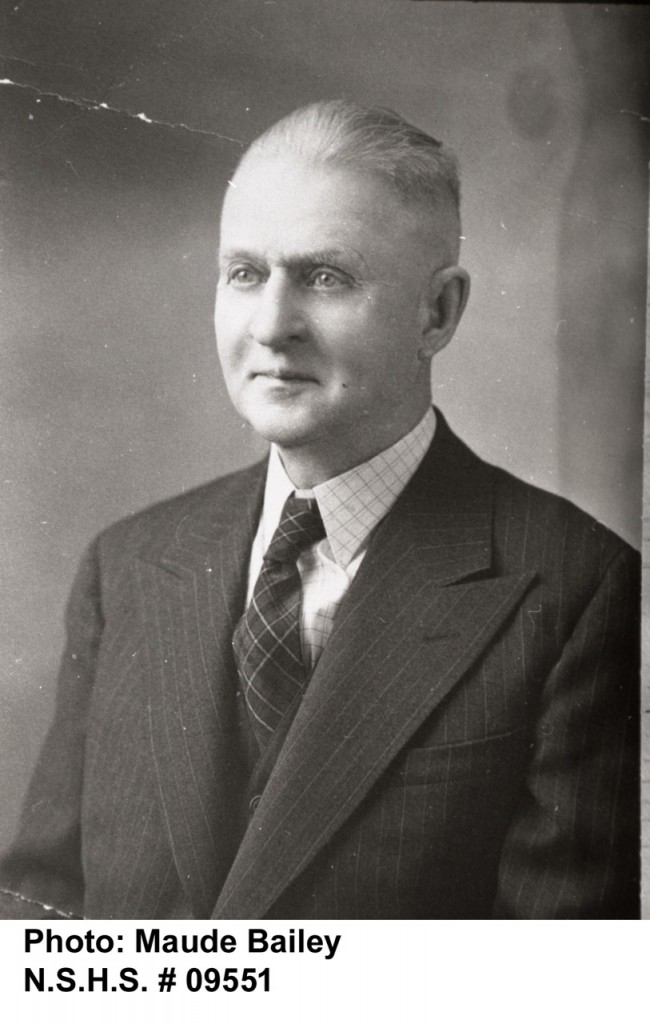 Montgomery, who became known as Monty, was born near Guelph, Ontario in 1879 and after taking a photography course he toured around the countryside on a bicycle taking photos of farms and farming families. In 1901, he moved to Fernie, B.C., where he became a partner with another photographer. From this studio he traveled extensively taking photos of cattle roundups, rodeos and logging. He later tried working in a Calgary studio, but soon decided that indoor photography was not for him. 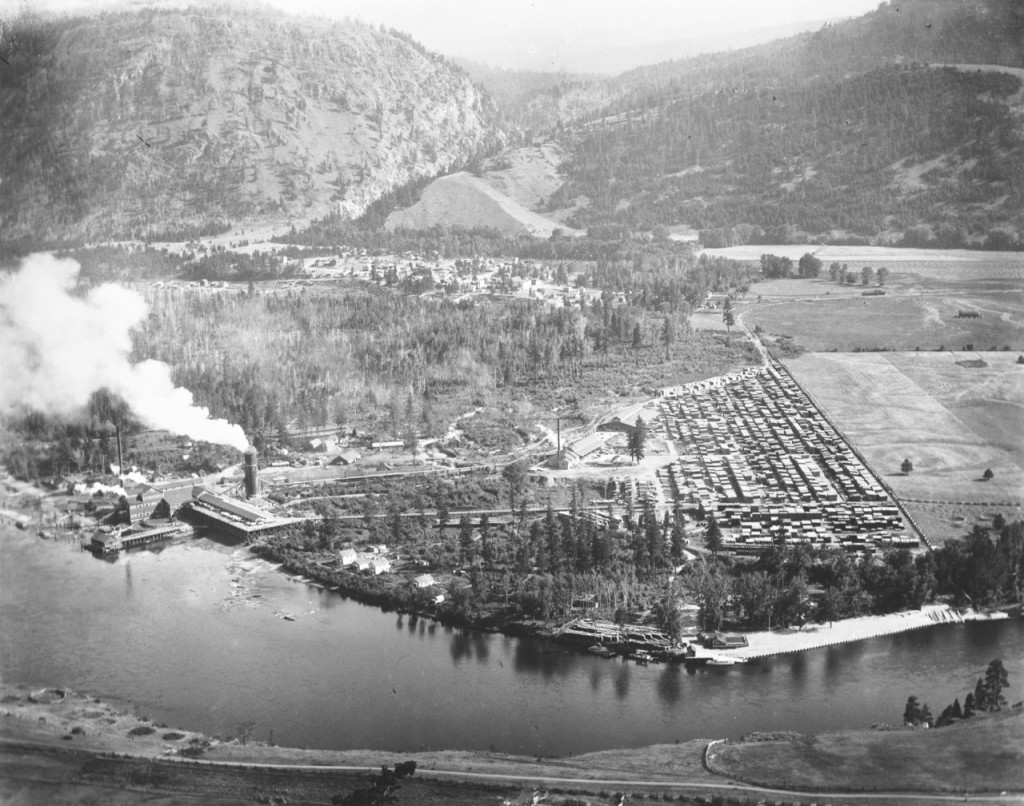 View of Chase and the Adams River Sawmill, photo courtesy of the Chase Museum

Once settled in Chase, Monty soon joined other townsfolk to enjoy Saturday evenings at the Whitfield Chase ranch house, where musicians gathered to play alongside the family organ. It was at one of these gatherings that he met Whitfield’s 18-year-old granddaughter, Becky. They soon were off together on nature hikes in the hills around Chase. Two years later, their romance ended tragically when Becky died from typhoid fever, after nursing her brother who had contracted the disease. Monty remained a bachelor for the rest of his life, and when he was home he visited her gravesite every Sunday. 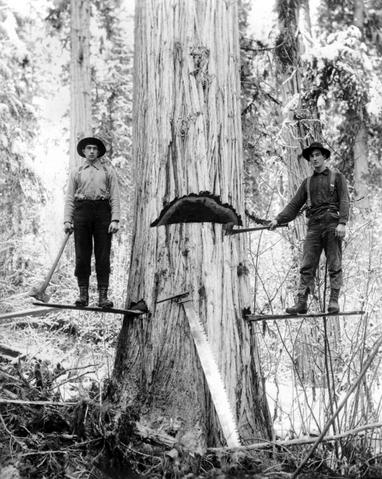 In addition to the scenes of logging camps, log flumes, sawmills and loggers with an axe and crosscut saw posing on springboards in giant cedar trees, Monty used his 8 x10 Seneca camera to take photos of groups of people and wildlife. He used glass negatives until 1921 and he always developed and printed his own black and white photos in whatever space he could find, including a tent. 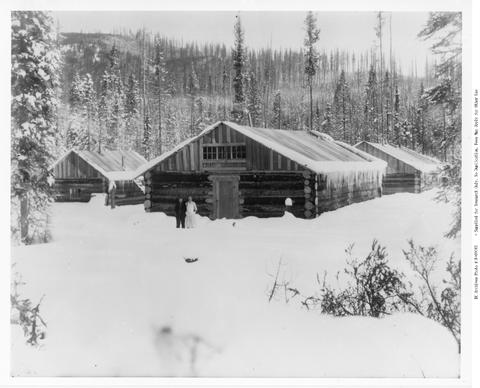 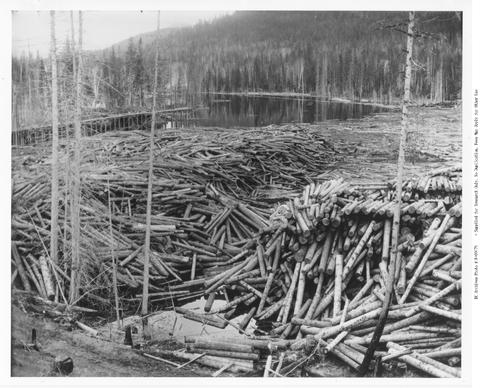 Monty was a proud Scotsman who loved Canada and thus he was one of the first to sign up when World War I was declared. He was sent to the front lines and spent years in the French trenches until he was severely injured at the end of the war. After the doctors stitched up five holes in his intestines, he spent a year in recovery. When he returned to Chase in late 1918, he dusted off his camera and resumed his photography work despite the injuries that bothered him the rest of his life. 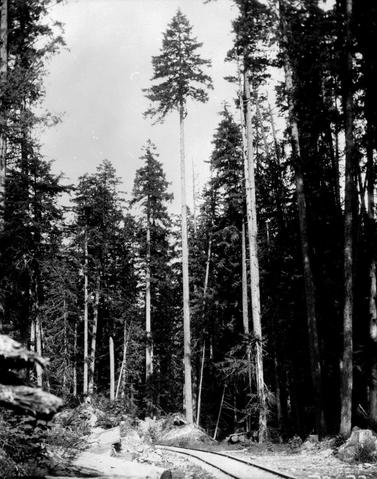 Monty’s reputation grew as he traveled around the province photographing logging scenes and sawmills as the official photographer for the B.C. Lumberman journal. At times he lugged his heavy, cumbersome gear across difficult terrain to capture the ideal scene with the best lighting. As he never owned a car or a horse, he would ride with the crews using whatever mode of travel was available, including trains, barges, sternwheelers or wagons. Some of his best photos were taken of the immense trees on Vancouver Island, where he spent four summers. 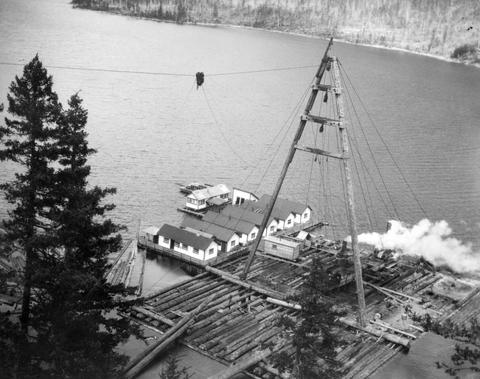 Despite his advance age of 61, Monty served again in World War II. When he returned he purchased a two-room house in Chase, where the kitchen doubled as a dark room. With his minimal income, he lived simply and was known as a loner despite his daily routine of sipping a pint at the pub and then heading to the Legion. He was a familiar sight at most events, where he would be seen in his suit, tie and hat crouching under the black cloth attached to his antique camera taking photos of school children, weddings, and Legion events. 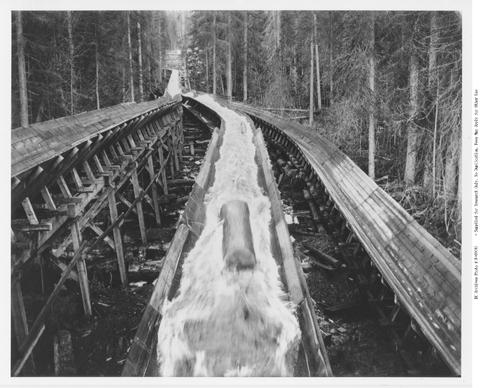 Monty’s remarkable photos can be found in local museums and archives and still appear in books and magazines. After he finally retired in 1959 he explained in an interview, “I guess I’m the only one in B.C. who really made a life-long profession of photographing the logging industry from the beginning.” He died ten years later at the age of 90. 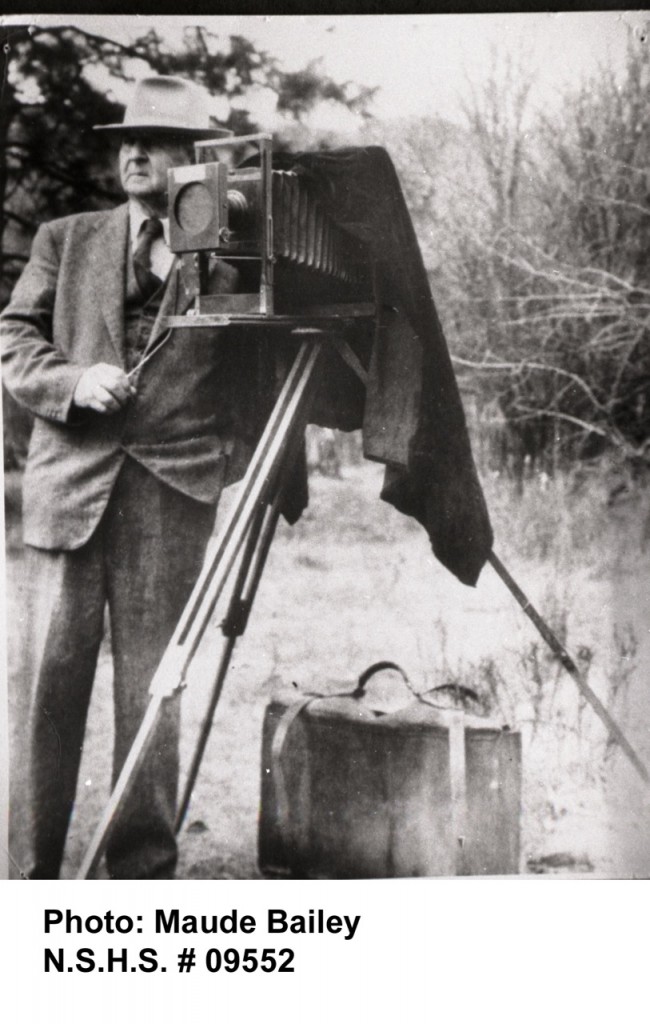 More photos by Monty from the coast and the Kootenays: 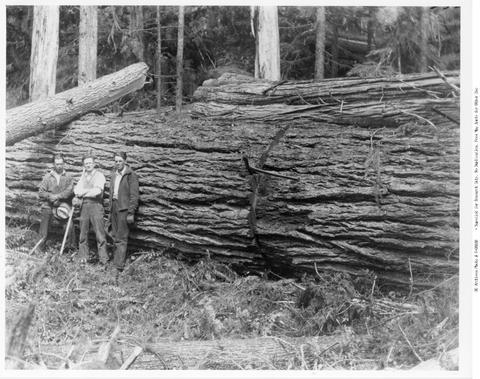 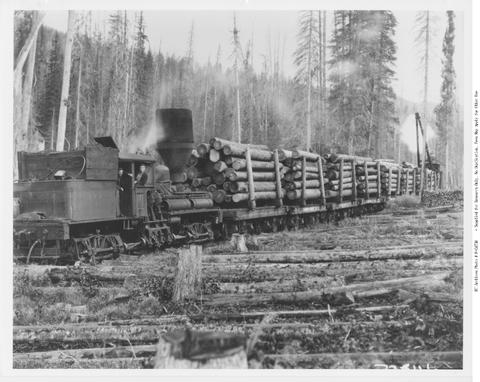 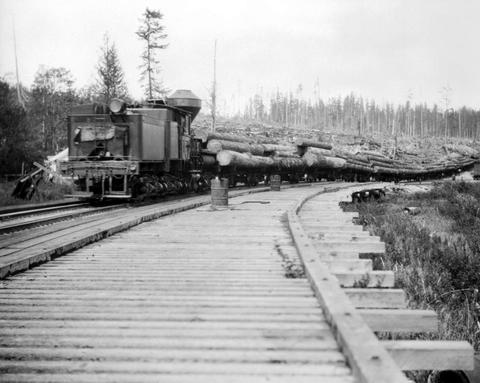 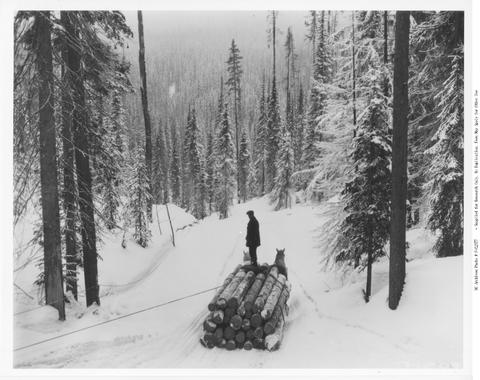