The town of Chase lost a true treasure and a most valuable piece of history, when a large mural of a cowboy scene was destroyed after an arsonist set fire twice to the museum in 2011. The prolific artist, Jerome Howard Smith, is one of the Shuswap’s most fascinating historical figures whose paintings are now held in private collections and galleries throughout the Pacific Northwest. Most of his works have western themes including those from his 1889 assignment to Montana, where he worked alongside the famous Charles Russell. 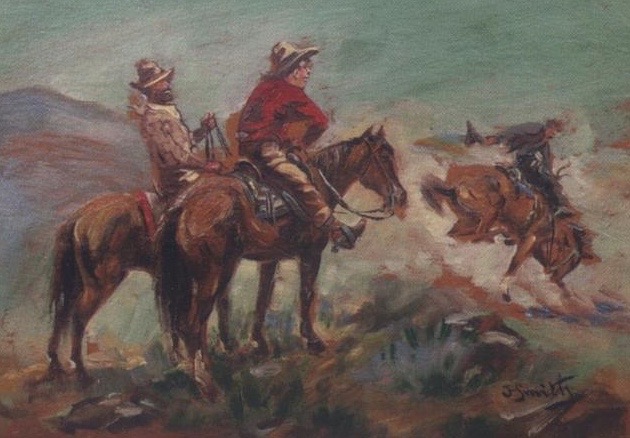 Smith was born in Illinois in 1861, where he grew up on a farm and learned to break horses. After venturing west where he worked in mining camps and on ranches, he studied art in Chicago and then worked as a comic illustrator in New York City until moving to Paris to study art for two years. He then headed west again, living briefly in San Francisco. 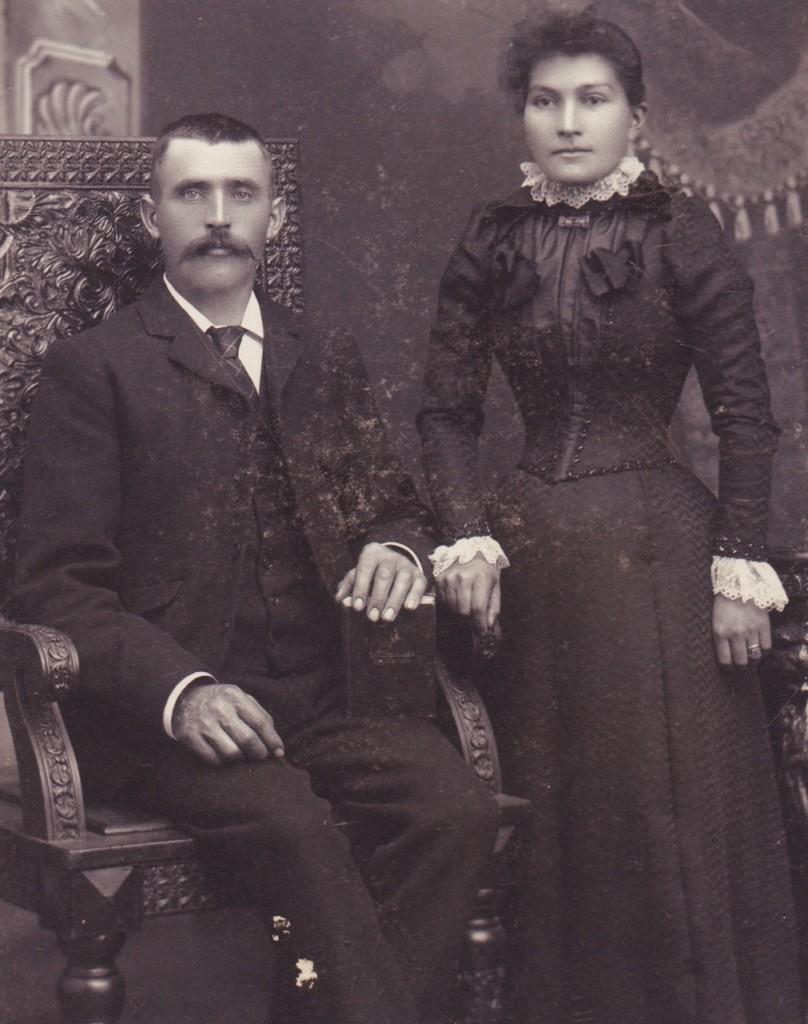 Howard and his wife, Amy  Courtesy of Chase & District Museum and Archives

Smith eventually settled in Chase where he married his uncle Whitfield Chase’s daughter Amy and pursued both ranching and his artwork. Amy’s mother, Betsy, was from the Nez Perse Nation near the Montana border area and her dowry included a mare and a colt for the future Chase Ranch. 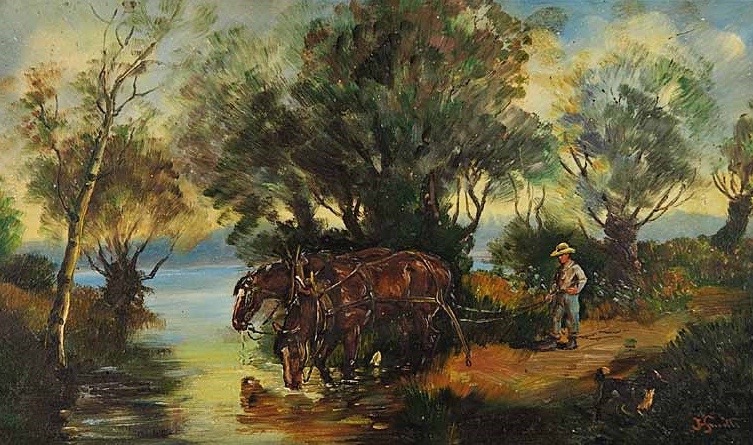 As the town of Chase grew rapidly after the massive Adams River Sawmill began production, his artwork became a source of pride for the community. Nearly every store and office displayed one of his paintings, which for the most part were of Western scenes and featured horses. To save money, many of Smith’s paintings were done on the canvas backing of linoleum. The largest ones were the murals that adorned the walls of the Black Douglas Opera House, which later became the Royal Canadian Legion building until it burned down in 1958. 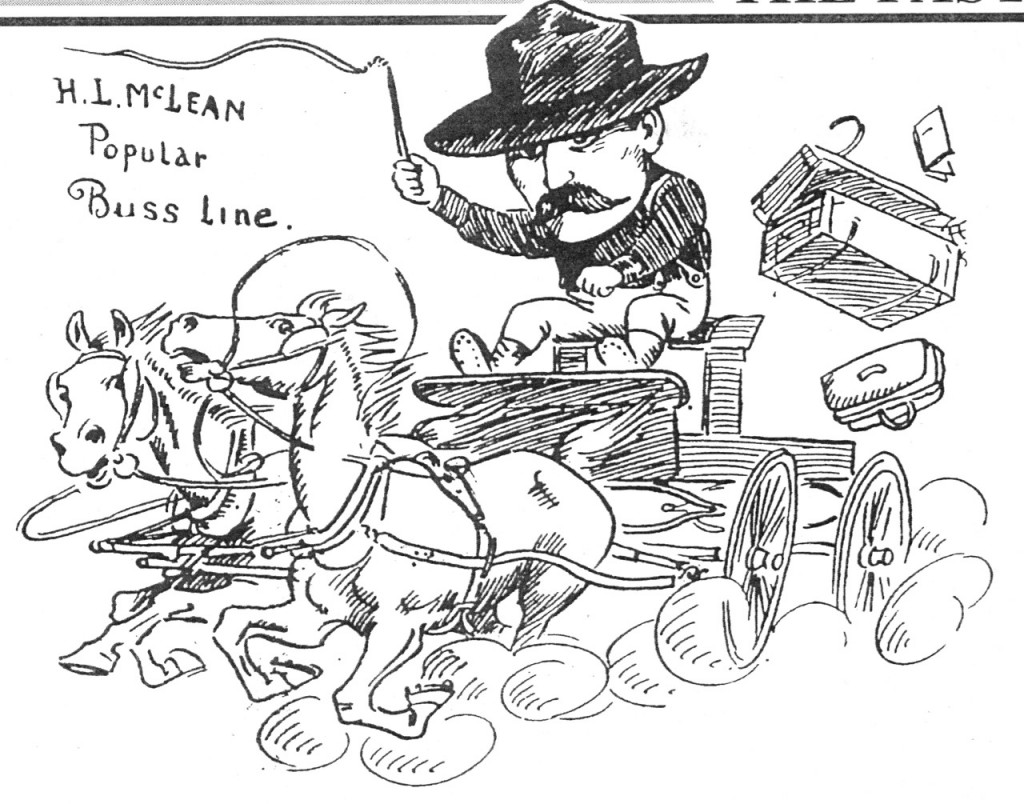 Some of his most appreciated works were the cartoons and illustrations he did for the Chase Tribune. Drawn with a whimsical, carefree style, these drawings reveal Smith’s passion and humour, especially the caricatures of local residents, politicians and businessmen. 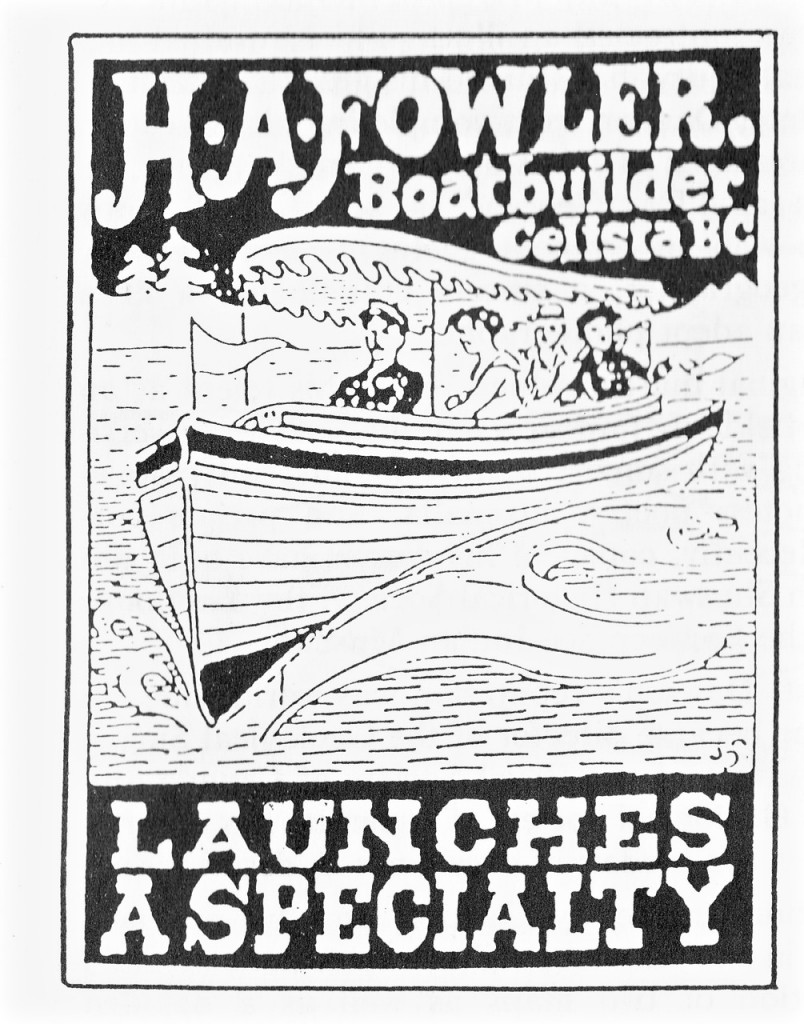 Courtesy of Kamloops Museum and Archives

His drawings were also used for advertisements, including one for Celista pioneer Harry Fowler’s boat manufacturing business. 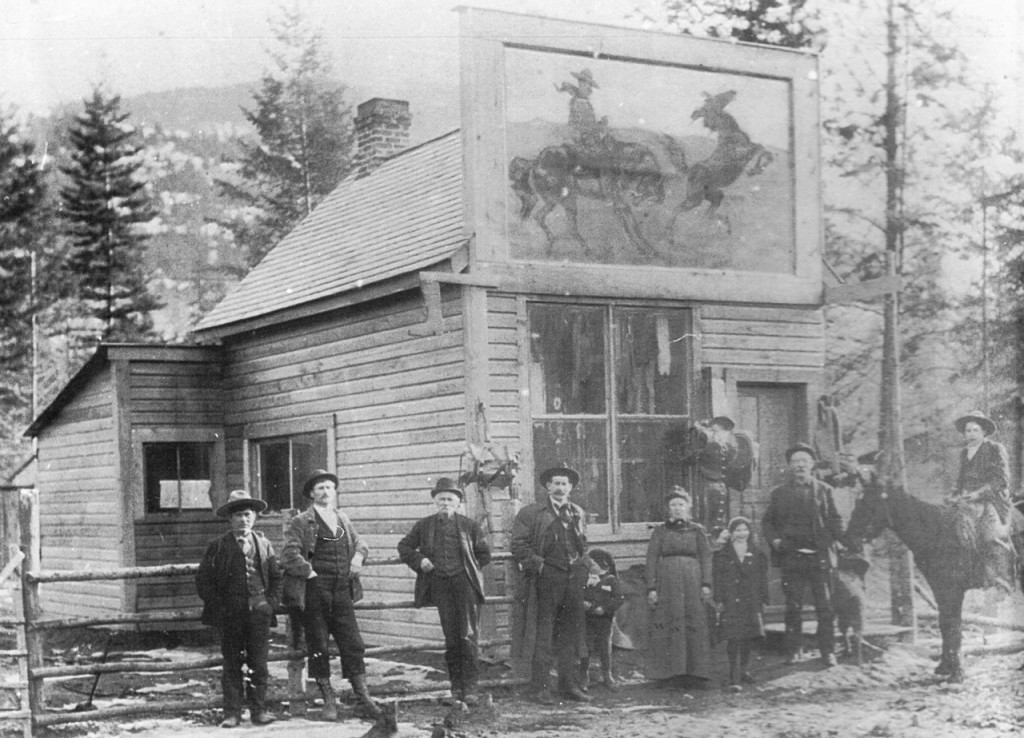 In the 1950s, the owners of the Chase Cafe were renovating an upstairs room when they discovered one of Smith’s paintings behind the linoleum on the floor. It was a mural of a cowboy breaking a horse that in 1911 graced the front wall of John Clegg’s harness shop on Main Street in Chase. The mural, which had been cut to fit into the upstairs room, was restored and hung for many years in the Chase Community Hall until it was moved to the museum where it met its fiery end. 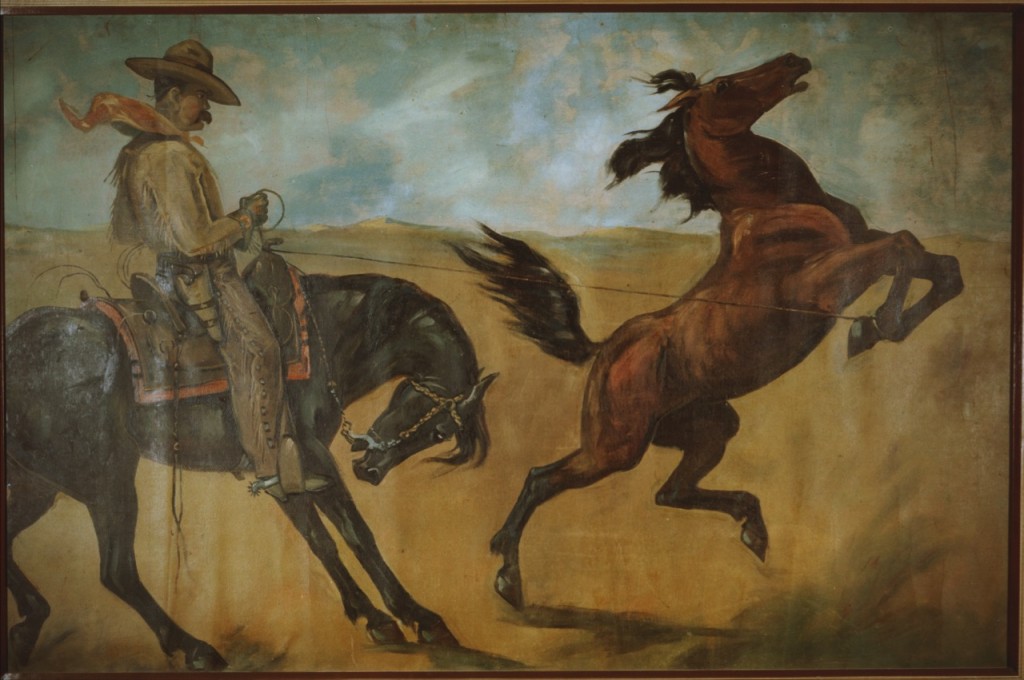 The famous lost and found mural that finally burned up in the museum fire, Courtesy of Chase & District Museum and Archives

When the sawmill closed in 1925, the town of Chase lost many residents, including Smith who moved his family to Vancouver. Tragically, three of their four children died including their youngest son who apparently had been into his father’s paints. Their daughter Mary followed the family tradition and married her cousin Donald Ross.

Life was difficult for the family in Vancouver, as his paintings brought in only a meagre income. Smith painted daily in his studio, even as his hands began to shake. He finally passed away in 1941 at the age of 80, and like many famous artists, his paintings did not become valuable until years later. 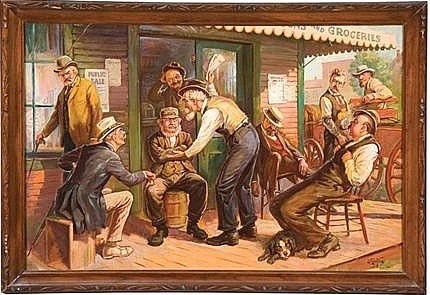 Images of just a few of Smith’s paintings can be found by searching on the Internet. There is one exciting scene of a horse stampede and another of a group of pioneers outside a general store that is reminiscent of a Norman Rockwell painting. It would be wonderful if one day there could be either an exhibit and/or a publication of Howard Smith’s paintings and illustrations, so local residents could gain a greater appreciation for one of the Shuswap’s most interesting characters from the past.

A few more images of Smith’s illustrations and paintings: 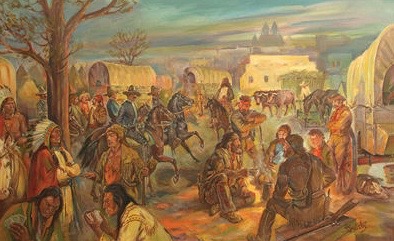 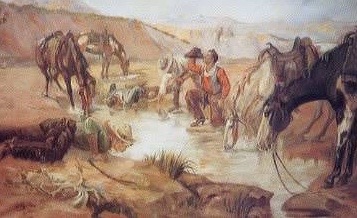