The Secwepemc use of wild plants

Home » The Secwepemc use of wild plants 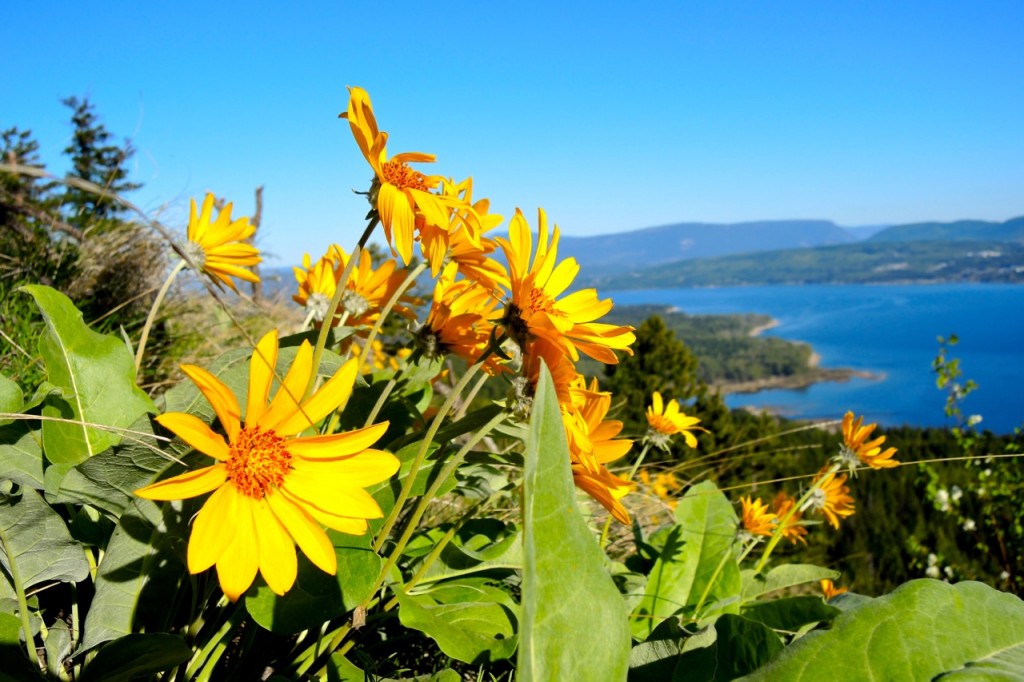 Balsamroot Sunflower above Shuswap Lake at the Lee Creek bluffs
With balsamroot sunflowers now blooming on hillsides throughout the Shuswap it is a good time to reflect on the use of these plants and others by the Secwepemc people for food, medicine, technology and ceremonies. The number of plant species utilized is estimated to be over 135 and these plants probably accounted for well over half of First Nations’ nutritional needs. Anecdotal evidence also points to the exceptional health benefits of diets that included native plants. 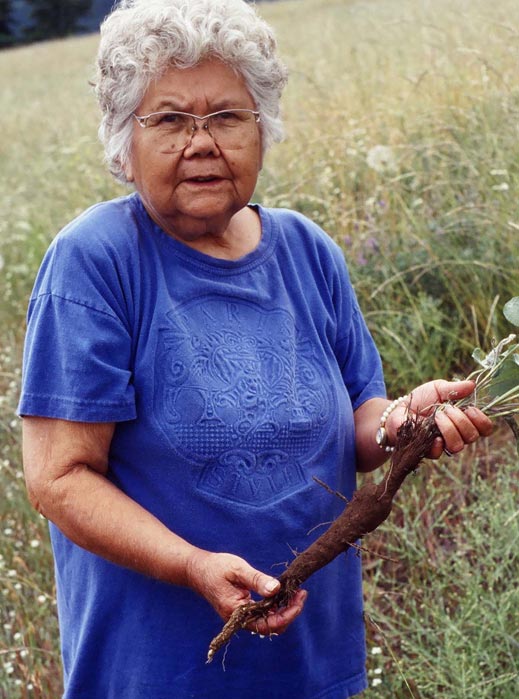 Famed Neskonlith elder Dr. Mary Thomas was an authority on the use of these plants, as she harvested many varieties every year and taught others how to utilize them. Mary explained how just the smaller balsamroots were dug up, peeled and steamed in pits, roasted or dried for the winter. The larger roots were used for medicine, including use as a balm for skin ailments, such as ulcers or poison ivy. The emergent leaves and peeled bud stocks are also edible and were steamed or eaten raw and the seeds were ground into flour and made into cakes with dried berries. 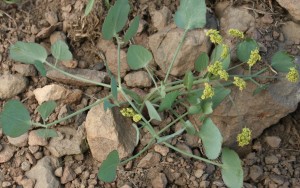 Springtime was a special season for the Secwepemc people as they emerged from their pit houses and were able to enjoy fresh, green wild produce. A favourite springtime food was bare-stem desert parsley, which Mary called wild celery. The stem of the bloom was peeled and eaten fresh. The roots of a similar plant, the large-fruited desert parsley, were also harvested in the spring. Called qweqw’ila, these carrot-like roots have a strong peppery taste and were eaten raw, boiled, or dried for winter use. The plant also has medicinal value, as an infusion was made to treat heart problems. 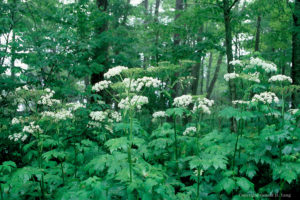 Another early plant that had to be harvested prior to blooming was the cow-parsnip, also known as “wild rhubarb” or xwtellp. The leafstalks and flower buds are a delicacy and can be eaten raw, steamed or roasted. The roots of the water parsnip were also harvested early, have high sugar content and a taste like carrots. Extreme caution is necessary with these “parsnip” plants as they resemble the water-hemlock which is so poisonous that the root powder was used as an arrow poison. 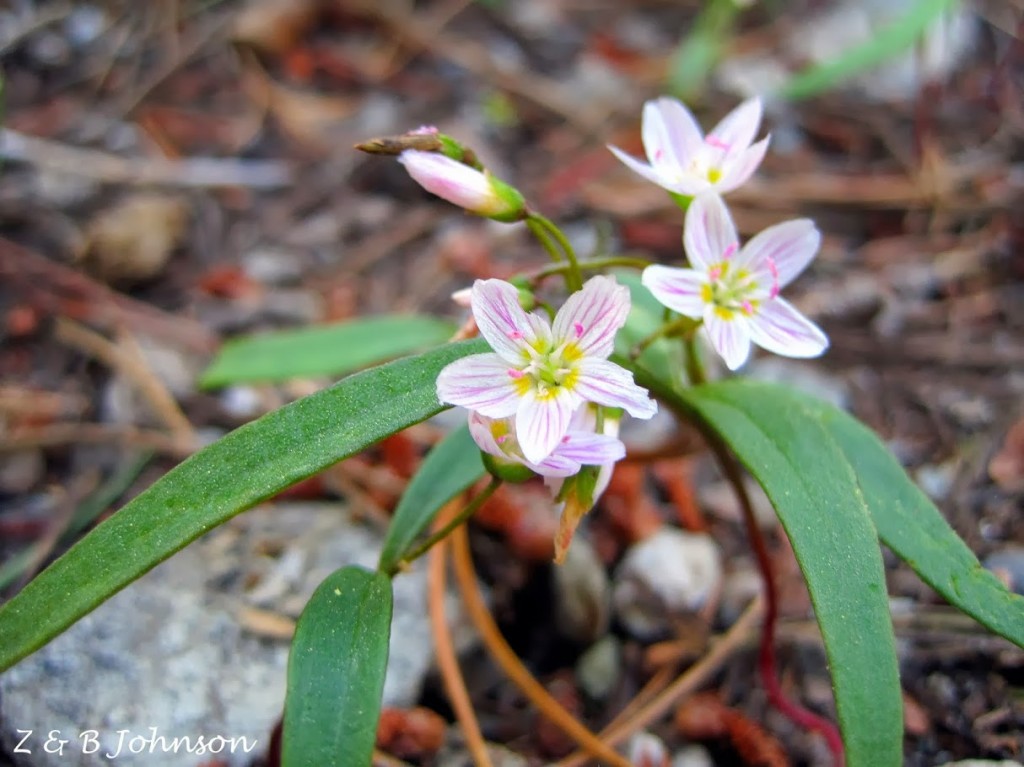 The corms or bulbo-tuber of the western spring beauty were often referred to as “mountain potato.” These plants grow at mid to high elevations and the leaves, which are high in vitamins A and D were also eaten. Known as skwakwina in the eastern dialect, the “potatoes” were stored in pits for the winter. Often the smaller corms were re-planted to ensure ongoing sustainable harvests. 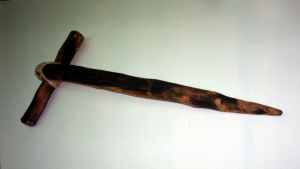 Entire communities often camped at the gathering locations for days or weeks where designated elders directed the harvesting. Digging sticks called pétse, shaped like a capital T, were made from Saskatoon or black hawthorn wood with antler or birch handles, sharpened to a point and hardened by fire. Use of these sticks allowed the plant to keep growing rather than the use of a shovel-like tool that could dig up and destroy the entire plant. 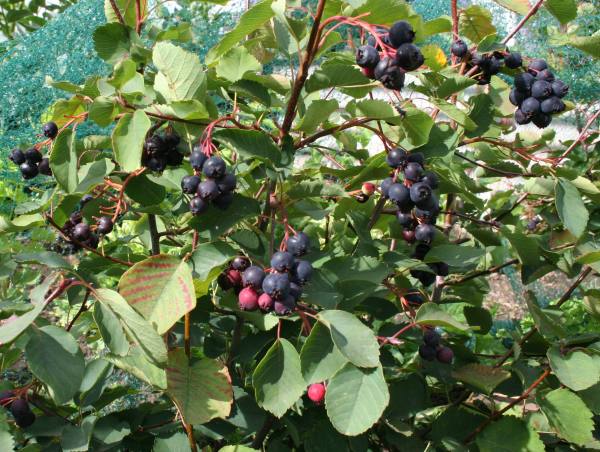 Berries are another important staple food for indigenous people and the most important type for the Secwepemc is the Saskatoon or serviceberry. Some 20 types of berries were utilized, including thimbleberries, blueberries, soapberries, huckleberries, and cranberries. The Secwepemc sustainably managed their land base by periodically burning areas to encourage the growth of berry plants. The berries were often picked by breaking off branches and beating the stems with a stick to knock off the berries. This “speming” method also pruned the shrubs, thus encouraging new growth and more berries in subsequent years. 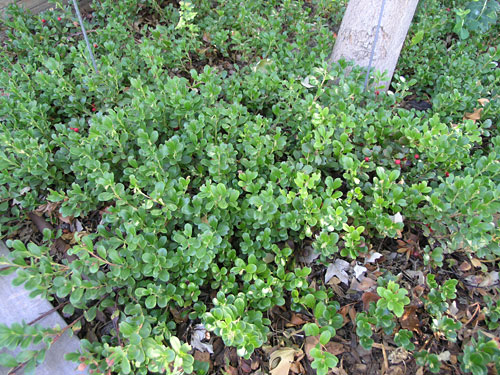 Harvesting wild foods involves much more than digging and picking, as a complex protocol, established over thousands of years, governed the process. Two key principles are followed, respect for nature and respect and caring for each other.  In the past, special songs were sung as they prepared to begin harvesting and often an offering was made of Indian tobacco, kinnikinnick, or some of the first harvest was scattered nearby. Another tradition was to share the first harvest with others in the community. 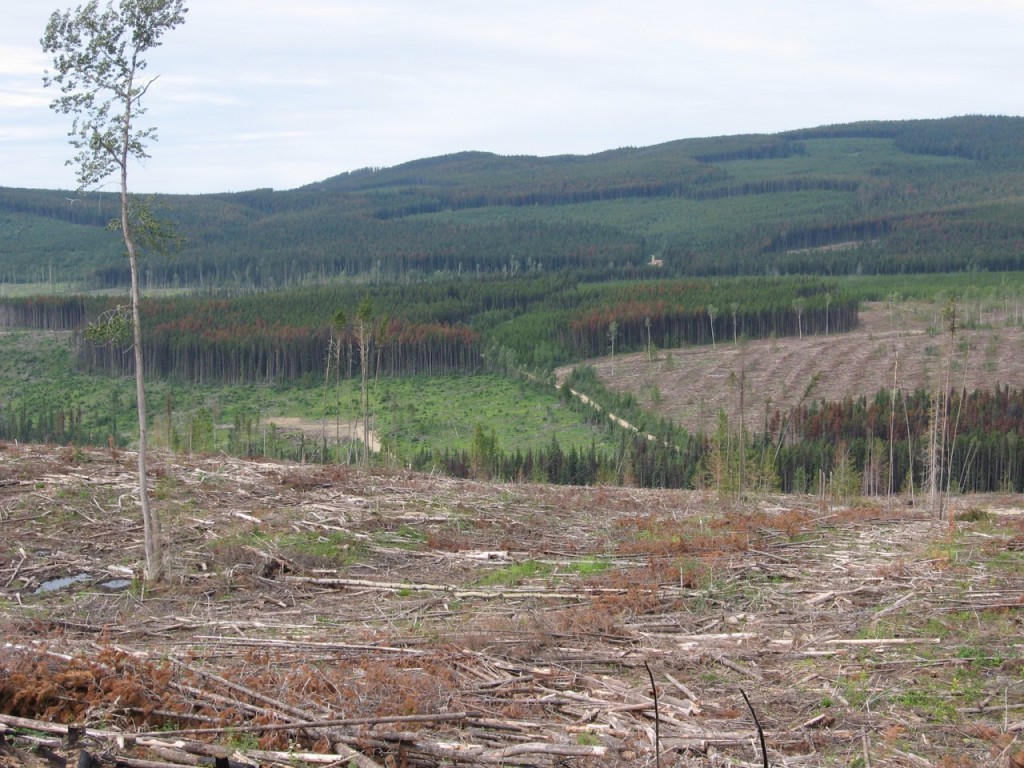 One of the key messages that Dr. Mary Thomas delivered in her many lectures was how many of the traditional native foods are disappearing, due to industrial scale resource use. Cattle overgrazing, clearcut logging, road building, silviculture practices and the spread of invasive species have all taken their toll on these wild plants and the fish and game that once completely sustained the Secwepemc people. 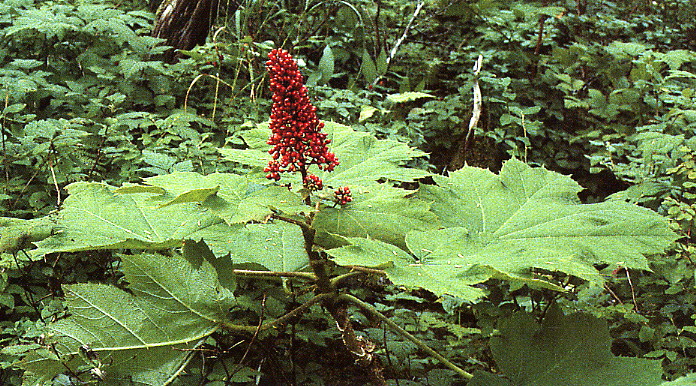 There is not space here to adequately tell the story, as there are so many other key plant foods and medicines, including young stinging nettle leaves, the inner cambium bark layer of numerous trees, black tree lichen, mushrooms and devil’s club, which was used to treat over 30 different ailments. It would take a book to sufficiently describe all the uses of native plants by the Secwepemc and fortunately there is one in the works by UVic ethnobotanist Nancy Turner and SFU anthropologist Marianne Ignace.

Many thanks to Nancy Turner who took the time from her busy university work to review the draft of this column and make substantial edits. She stressed that the gathering of wild plants continues now. For example, Barb Callihoe is the cultural coordinator for the Little Shuswap Lake Indian Band and she works with band members on a number of traditional cultural activities including gathering sage for smudging birch bark for making baskets, juniper berries for tea and berries.