The quest for historical images

Home » The quest for historical images 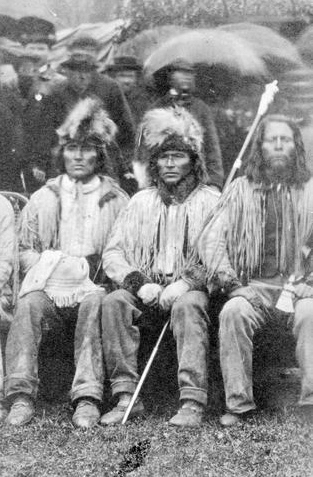 Sourcing historical photos for my book Everything Shuswap has been every bit as challenging as capturing new images on the rare days when there is good light and air quality. To begin with, very few photos were ever taken of Secwepemc people in the 1800s and in fact it appears that there are only four or five in existence. Of course photography was just in its infancy then, as it was not until the late 1880s that roll film began to replace glass plate negatives.

As one might expect, the first two images were not taken anywhere close to the Shuswap, but in Victoria and New Westminster. Between 1864 and 1866, Governor Seymour invited Aboriginal Chiefs to celebrate Queen Victoria’s birthday. Each chief was presented with a staff and pipe, which signified their status and thus provided Seymour an opportunity to win their support and gain their friendship. 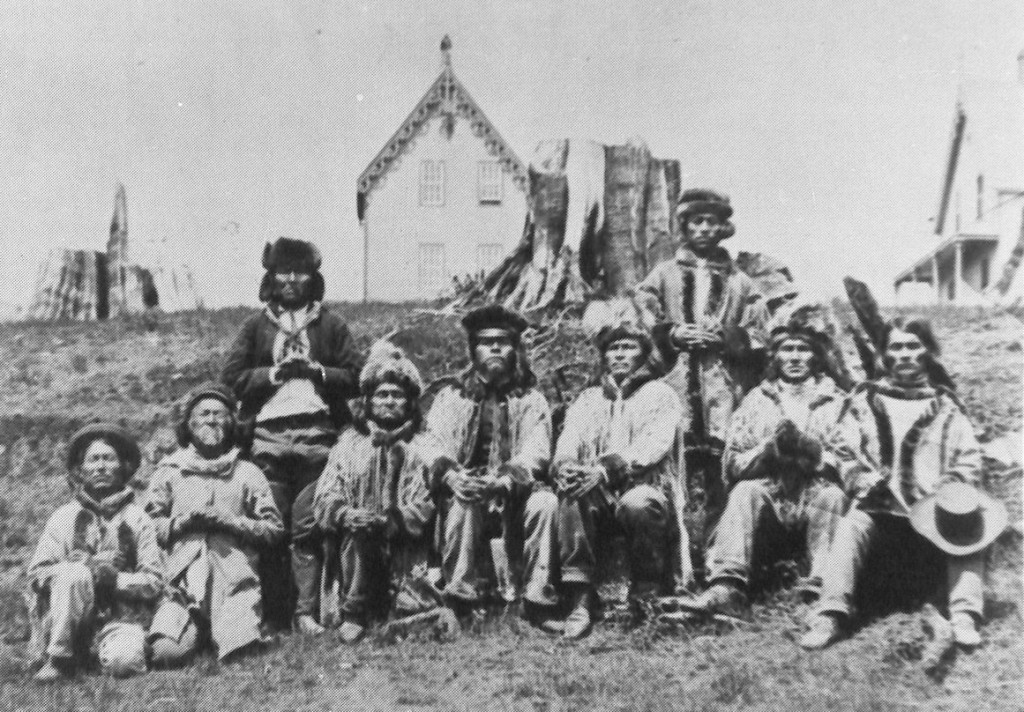 The three chiefs on the left are Secwepemc, New Westminister, circa 1867

On hand at these events, was one of B.C.’s early photographers, Frederick Dally and his resulting photos provide the only images of Secwepemc people from this time period. They are wearing buckskins and fur headdresses and their handsome faces exhibit a stoic sternness as if they were both proud and angry at the same time.

Some twenty-five years later, another photo shows six also grim faced chiefs now dressed in impeccable European clothes holding one of the same staffs as they are preparing to present their grievances to the government. A replica of this staff and pipe is on display at the Secwepemc Museum in Kamloops. 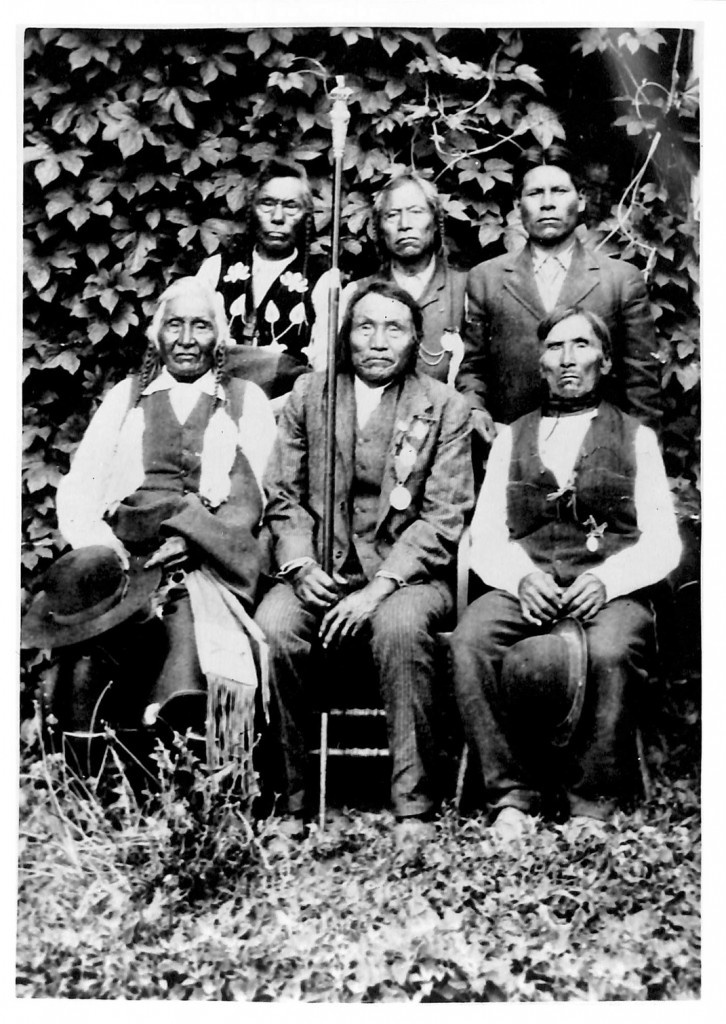 Frederick Dally is well known for his photos of prominent citizens, buildings and local scenes in early Victoria as well as his images of First Nations, the Cariboo Road and the gold rush. Born in England in 1838, Dally arrived in Victoria in 1862, where he began as a dry goods merchant and then switched to photography. In 1866, he accompanied the governor of Vancouver Island aboard the HMS Scout on a trip around Vancouver Island documenting Indian villages. 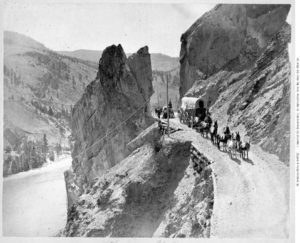 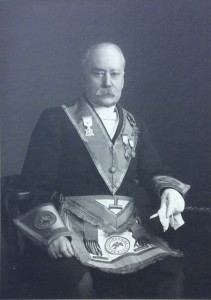 Dally moved to Barkerville in 1868 to set up a studio, but only watched it destroyed in the fire that devastated the town. He sold his business in 1870 and moved to Philadelphia where he studied dentistry. Two years later he returned to England where he practiced dental surgery until he retired at age 71. His images and glass plate negatives ended up with two other famous Victoria photographers, Richard and Hannah Maynard and now are in the Royal BC Museum archives.

The only other Secwepemc image that could be found from the 1800s was taken by an unknown photographer working with Andrew Onderdonk, who supervised the building of Canadian Pacific Railway in B.C. This image is of two Secwepemc men and one boy standing next to large racks with salmon drying in the sun at Mallard Point (Engineers Point) on Shuswap Lake. It is possible that the location was mislabeled, but nonetheless, the lake is in the background and there are two tents visible as well. 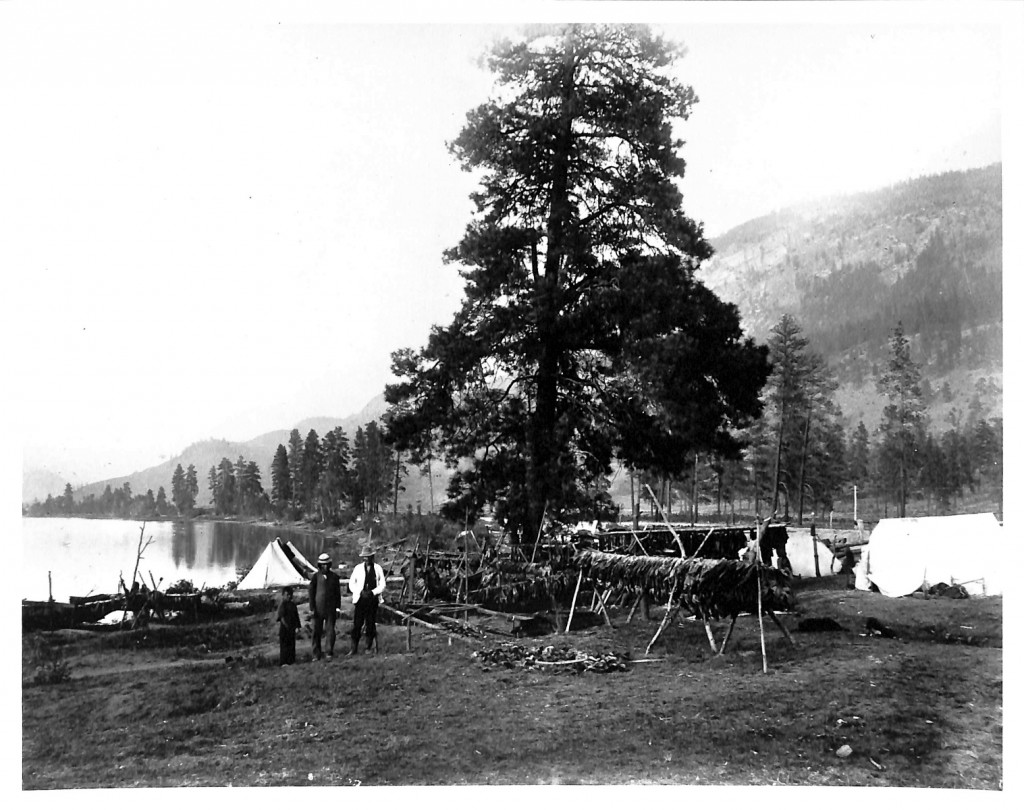 Onderdonk took care to ensure that the construction of the railway was well documented and there are many photos at the archives showing bridges, heavy equipment, locomotives, work gangs and steamships delivering supplies.

The only other image that may be from the late 1800s is in the Sicamous Museum and shows a large group of Secwepemc people at CPR Hill, above where the hotel was located. Apparently, this was a popular place for camping, perhaps during the fall when the salmon returned to spawn. 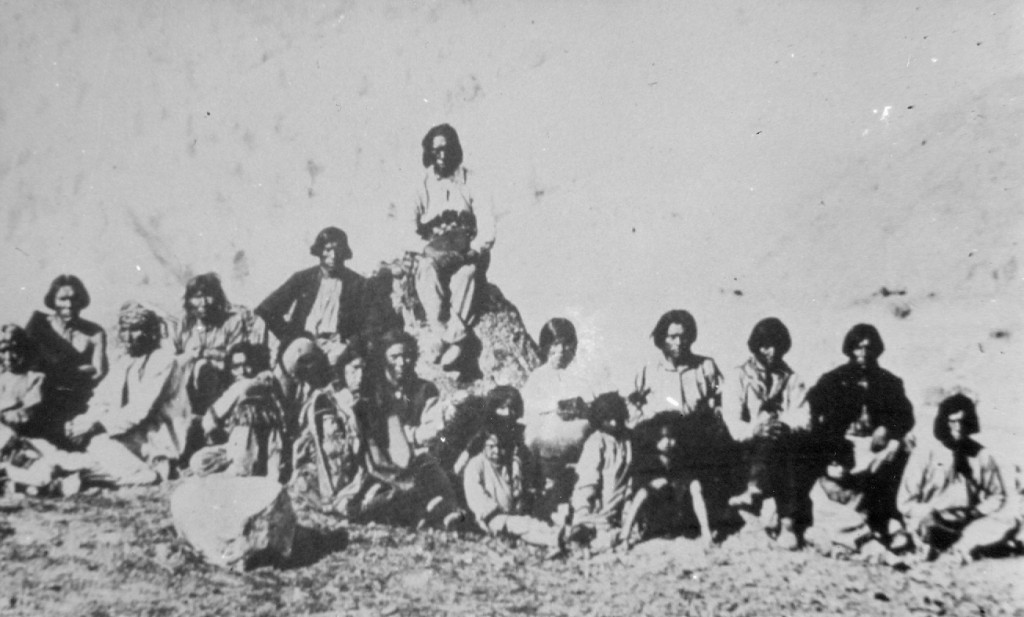 Secwepemc camp at CPR Hill near Sicamous, photo courtesy of the Sicamous and District Museum and Archives

The major frustration with accessing images for the book is that the rights are held by museums and there is a bureaucratic process required for the use of the photos. While the costs are reasonable for images held in Ottawa, the situation here in B.C. changed significantly when the provincial museum was privatized in 2003.

The Royal BC Museum and Archives is now a Crown Corporation and charges a significant fee for the use of each photo and no option exists to provide a fee reduction for non-profit publications such as ours. Consequently, we have submitted a request to the Ministry of Community, Sport and Cultural Development for financial assistance to cover the costs of these photos and we expect to hear back in mid-January.

I am likely breaking the rules by providing most of  these images on this website – but so what! Let them go after me! All these images can be easily found on the internet using Google search. The Royal BC Museum should be allowing the use of these photos for FREE and thus encouraging better appreciation and understanding of BC history by everyone. Privatizing our heritage is shameful and only discourages people from learning about the past. For example, in the US, the New York Public Library has just made available thousands of historical images and documents on the internet. Whereas here in BC, the provincial government only wants to charge its citizens to view their own history.