Last one room school was at Brennan Creek

Home » Last one room school was at Brennan Creek 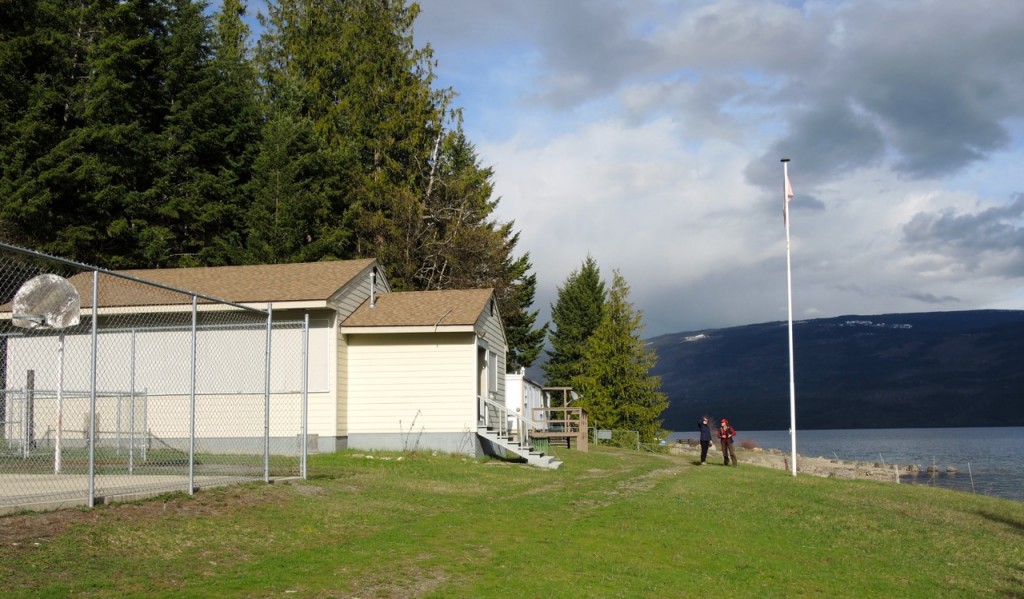 Continuing the community tour, we head to Shuswap’s second northernmost community of Brennan Creek, where logging has always been the economic driver. The creek is named for Billy Brennan, a dominion forester who cruised timber and surveyed in the region. Billy stayed at a cabin built by the area’s only homesteader, Bill Henderson, who was often away.  In the winter he was a high valued hockey player and there is still a competition cup named after him on display in Kamloops. 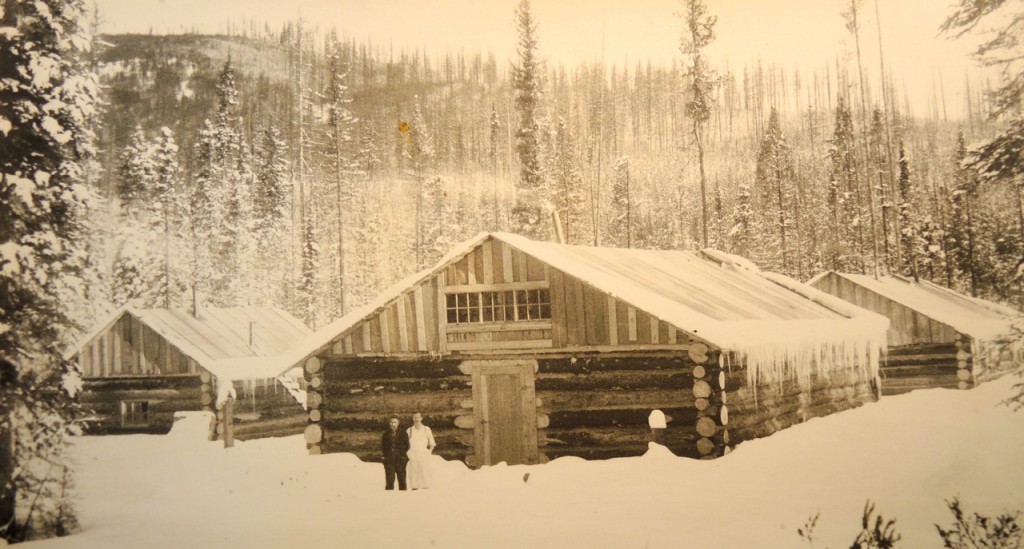 By 1910 the Adams River Lumber Company (ARLC) had hundreds of men logging in 24 different camps around the lake. Warehouses and docks were built at both ends of the lake and at Brennan Creek. In 1918, ARLC built a 10-kilometer long flume to access timber in the upper valley, where Jack Nixon ran the logging show with two camps. 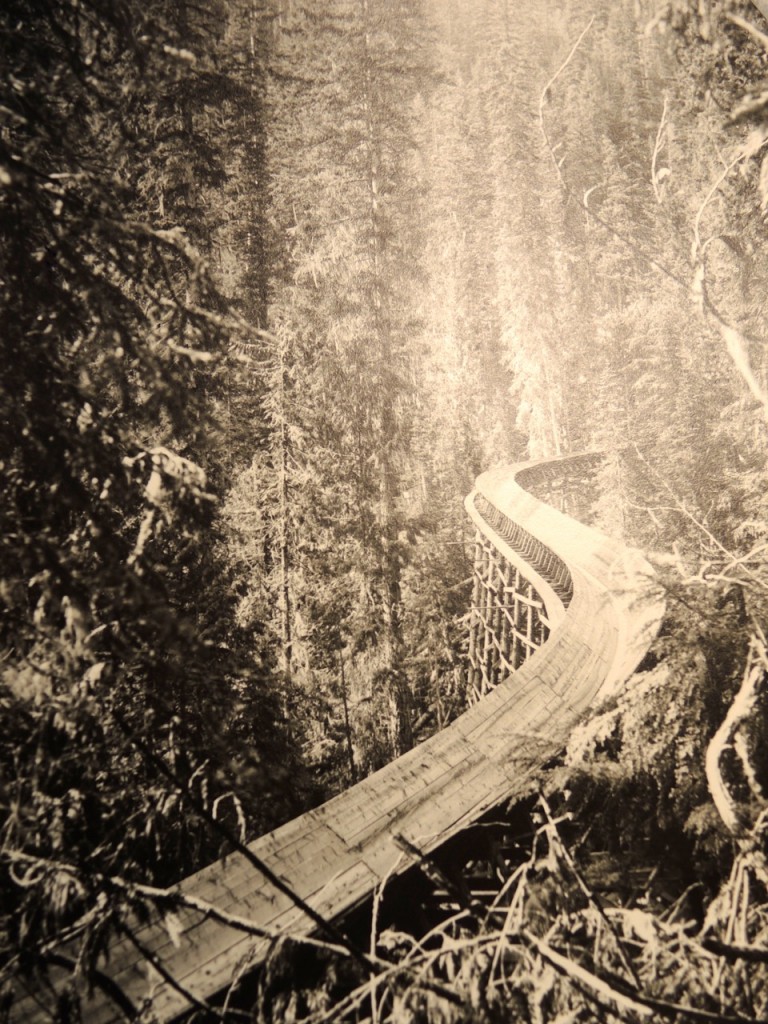 It was a most efficient transportation system, as the logs were boomed at the lake and then towed down to the river by the 123-foot long A.R. Hellen sternwheeler. 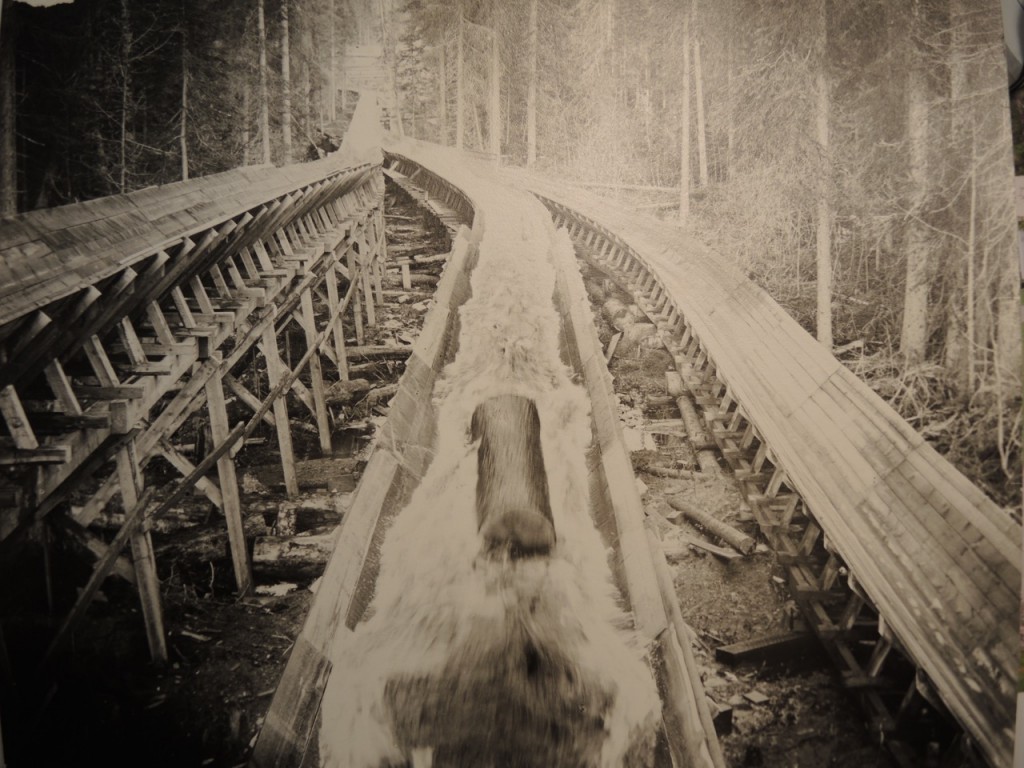 Three Brennan Creek flumes merged into one near the top

When the ARLC shut down in 1925, so did most of the industrial activity at Adams Lake. Settlers took away most of the timbers and buildings and the only one left at Brennan Creek was a lonely trapper staying in the Henderson’s cabin. In 1934, the famous Eberts family moved to the homestead and lived there until 1946. The father was the editor of The Province newspaper and his son Tony, was a well-known Province columnist. 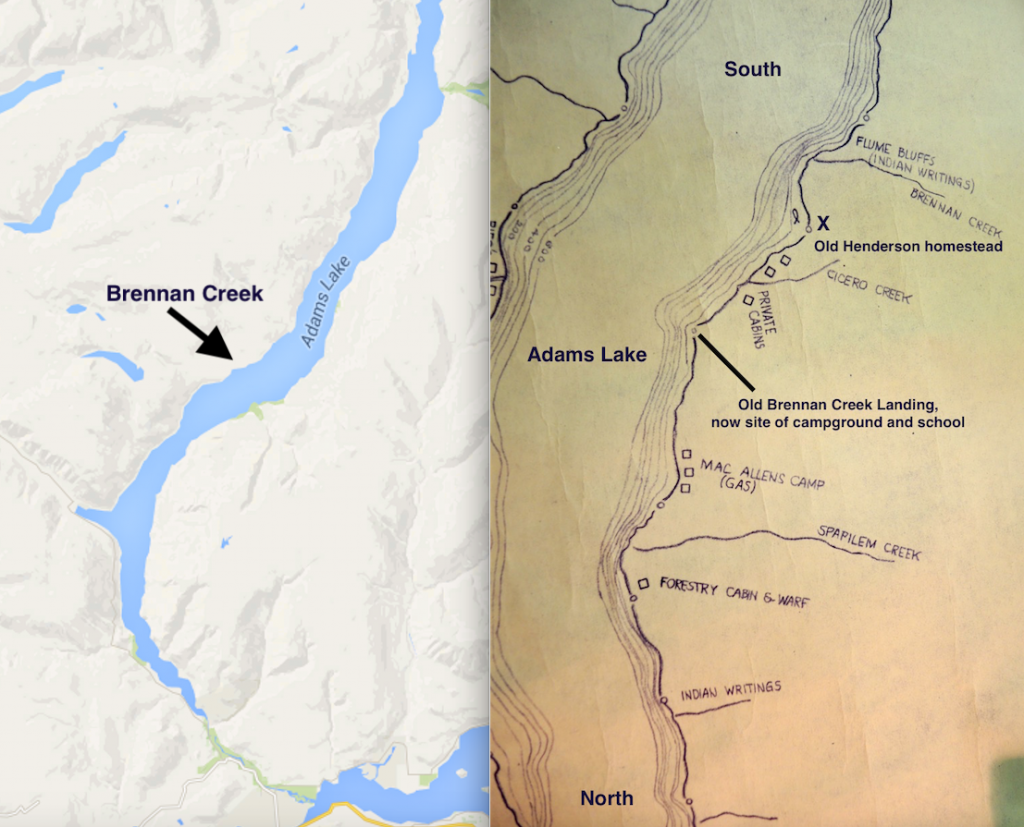 After WWII, Mac Allen arrived to run a logging operation for Art Holding’s new sawmill at the base of Adams Lake and he too stayed in the old cabin. Mac was frustrated trying to maintain a logging crew made up of bachelors, as many would leave after payday. His solution was to apply for a special use permit for a logging camp with 12 one-acre lots that were leased to families.  Additional permits were granted to other logging families and soon there was a community. When the children reached school age, the community worked together to build the school with lumber from the sawmill.

School grounds – view to the south

The school opened in 1958 with 12 students and the first teacher was Alice MacDougall, who had been born in Brennan Creek. Her father, Bill Fraser, originally worked for the ARLC as a logger and he directed the logs after they came down the flume, into booms. Her uncle, Dave Fraser, worked on the Hellen and later ran the tugboats, a business that was later passed on to his son Frank. 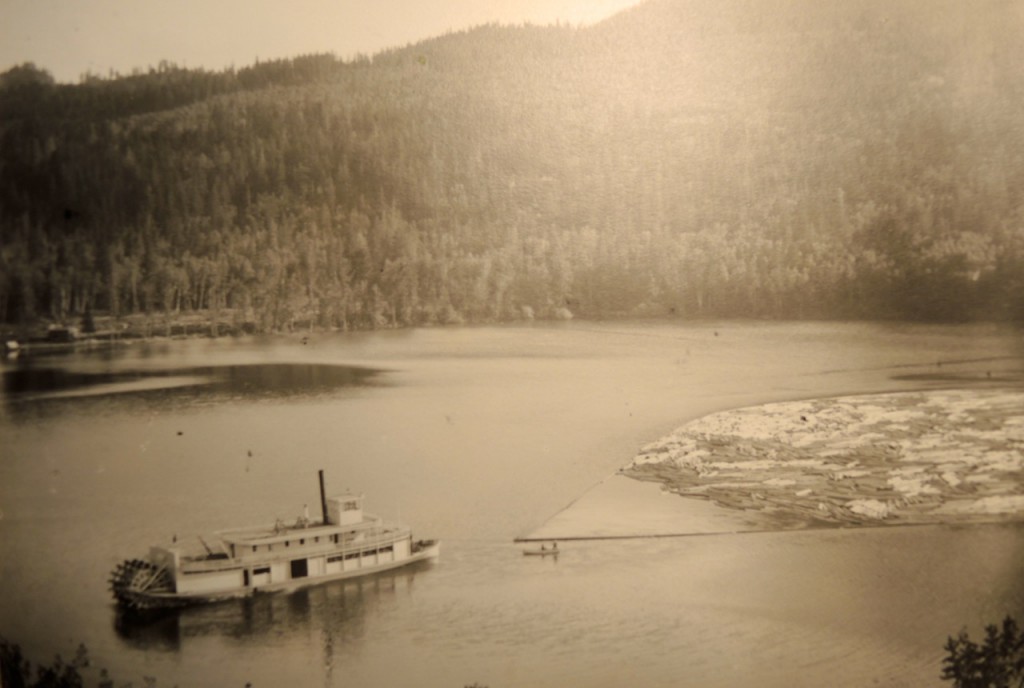 The A.R. Hellen sternwheeler towed booms going backwards
It was a very isolated community in the early days before there was a road along the lake, and the community had to be resourceful. They set up their own electrical utility, with an engineered hydroelectric system and diesel generator for back up. A concrete dam was built across Spapilem Creek above the waterfall. The engineered system included 300 feet of 4-inch pipe dropping to a pelton wheel that often produced more power than the community could use. The difficult maintenance schedule included having to weld shut the cracks from winter freeze-ups whenever the frost arrived before the pipes were drained. The community was no doubt very pleased when BC Hydro ran power lines up the lake in 1975. 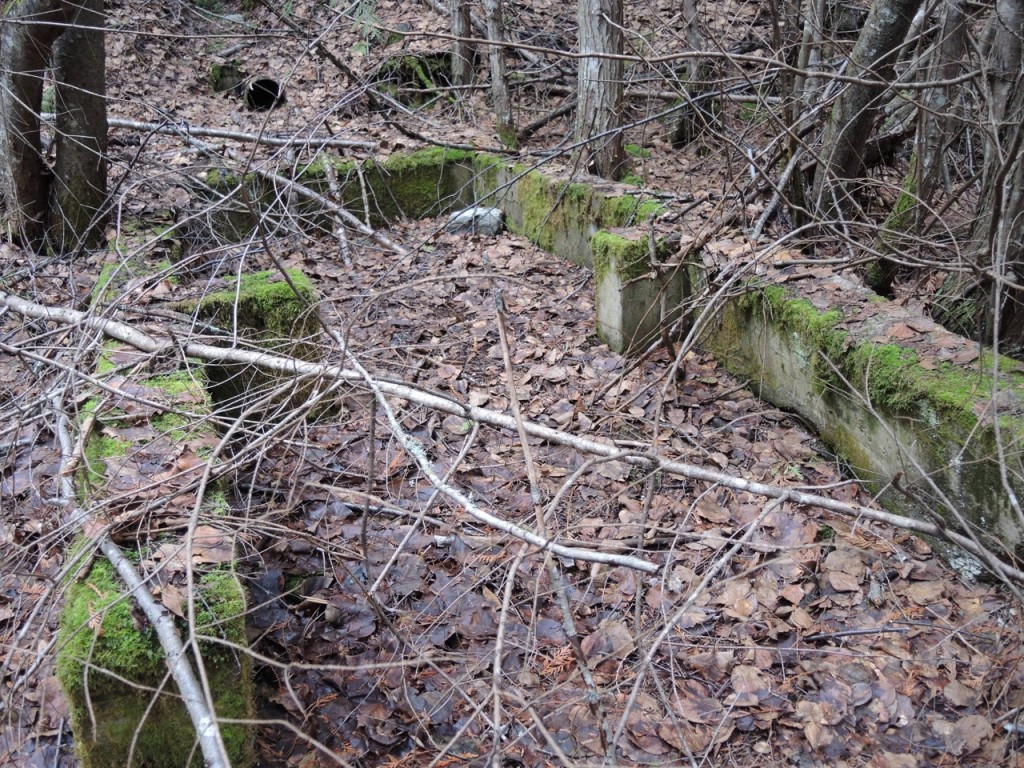 The remains of the foundation for Spapilem Creek power house

We recently drove up to Brennan Creek to see first hand the community and the nearby waterfalls. Our first stop was Marnie’s Bay, the site of the old homestead that is now a RV resort. Heading south along the lake, we found Brennan Creek falls in full force. Nearly 100 years ago, the flume emptied into the lake just south of the falls. 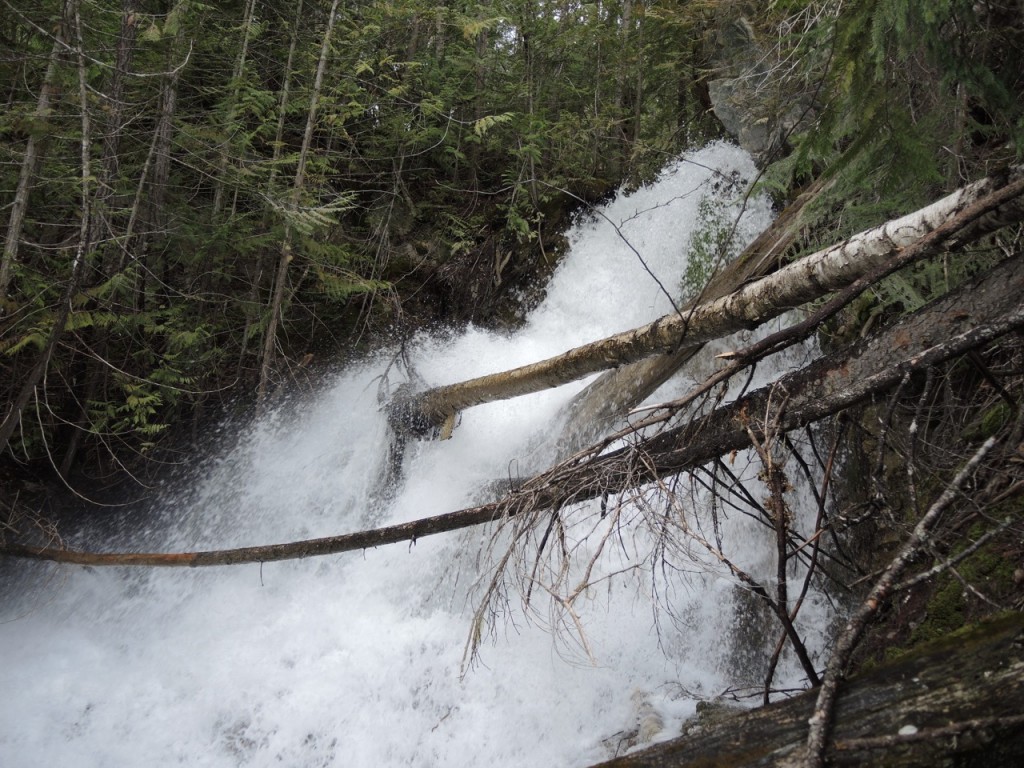 Brennan Creek Falls
Just north of the community, Spapilem Creek flows under the road into the lake at Long Point where there is an old trapper’s cabin that was built by Andy McConnell in the 1930s and later used by the forest service. 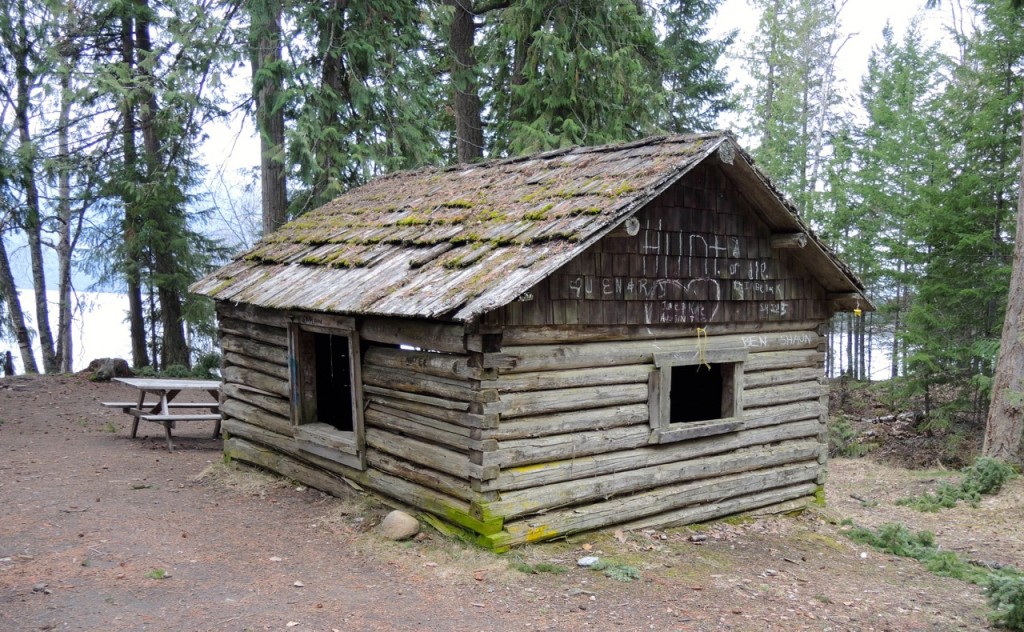 We hiked the short trail to the scenic falls that roar out of the rocky hillside. Next to the falls are the remains of the powerhouse, the concrete foundation and a pipe sticking out of the hillside. 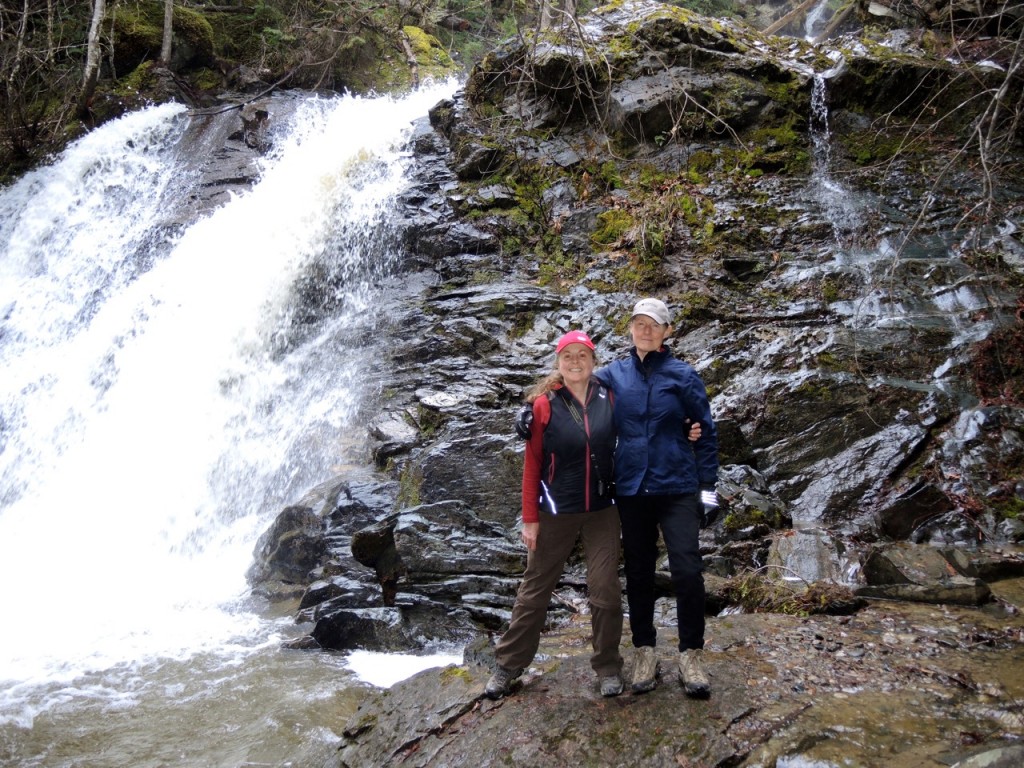 The highlight was hiking above the main falls from a nearby gravel pit, where the canyon is deep and narrow and the rocks are covered in an array of mosses, ferns and lichens. 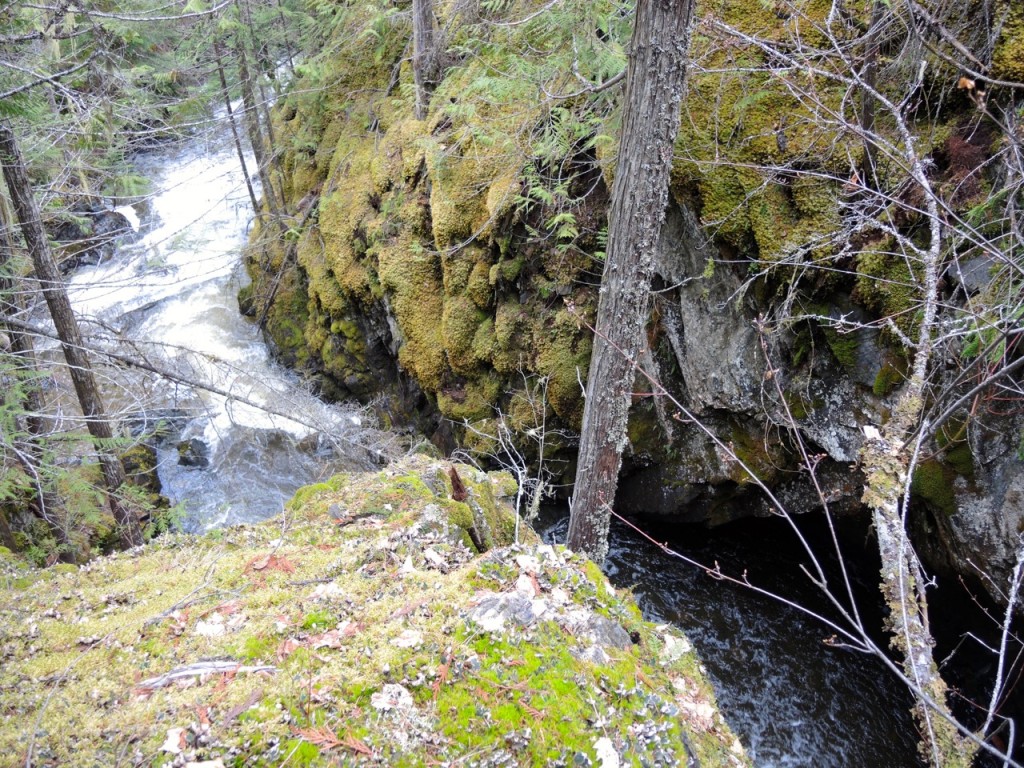 We stopped briefly to visit with the late Mac Allen’s son Pat, who now runs the logging operation. To the south of the logging camp is the old Brennan Creek Landing, now the site of a popular public campground and the school, now boarded up after it closed in 2012, the last one-room school to operate in the Shuswap. Nearby, is the community hall, a large log building constructed in 1984 and used for holiday get-togethers, ball tournaments and weddings. 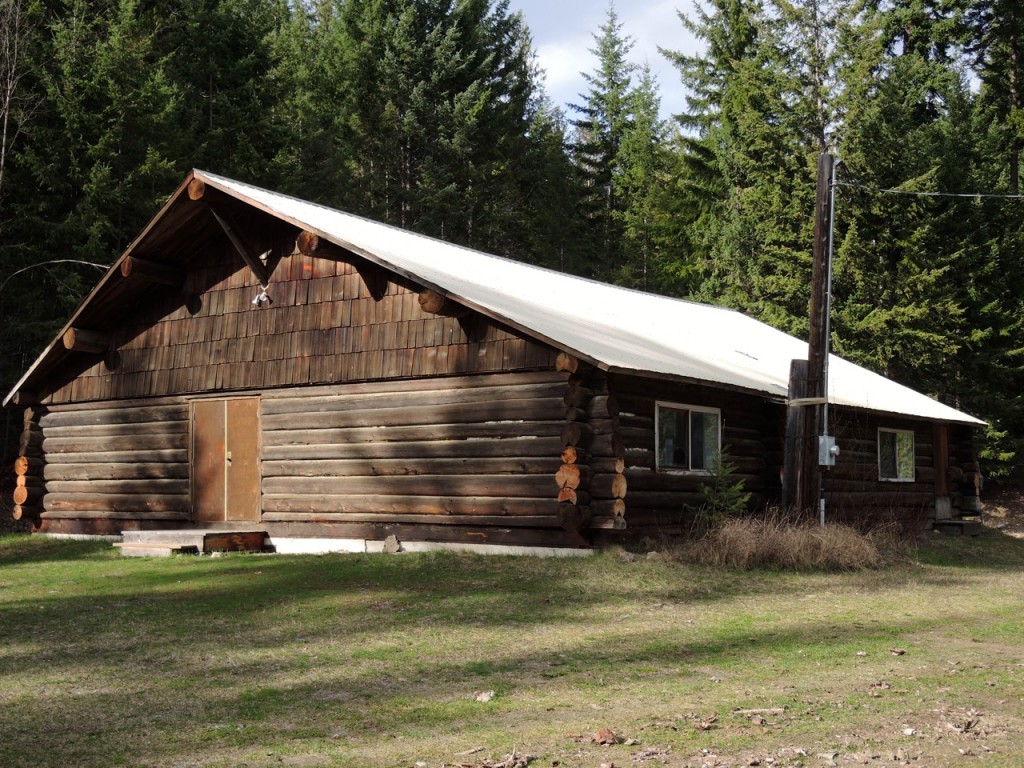 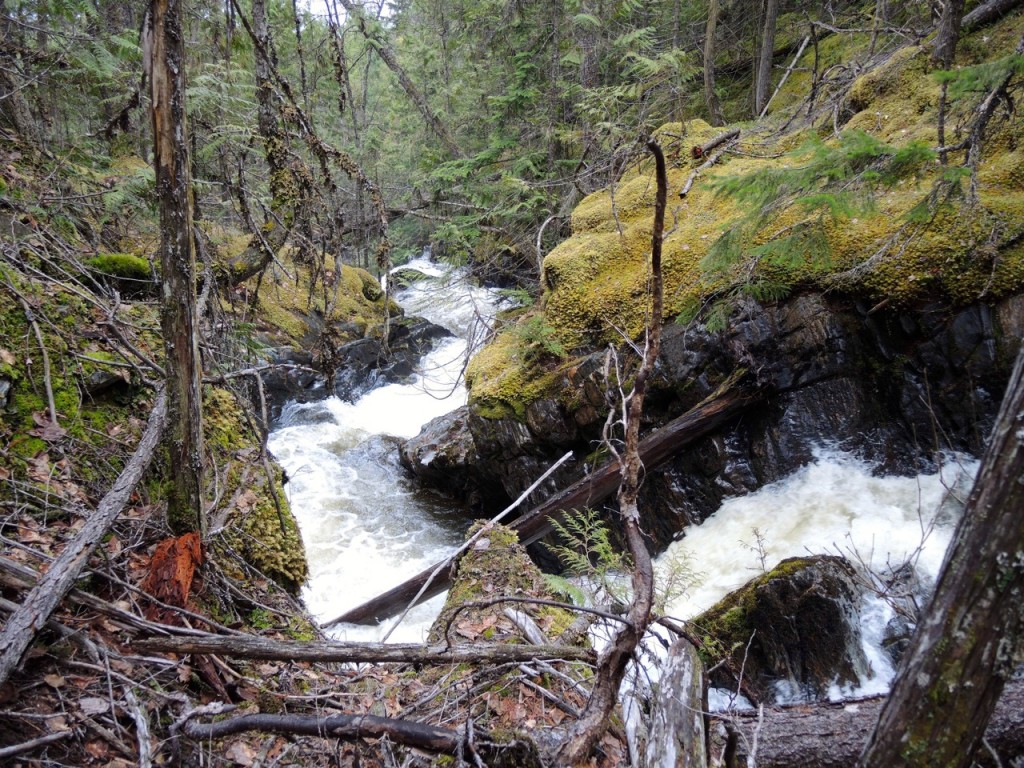 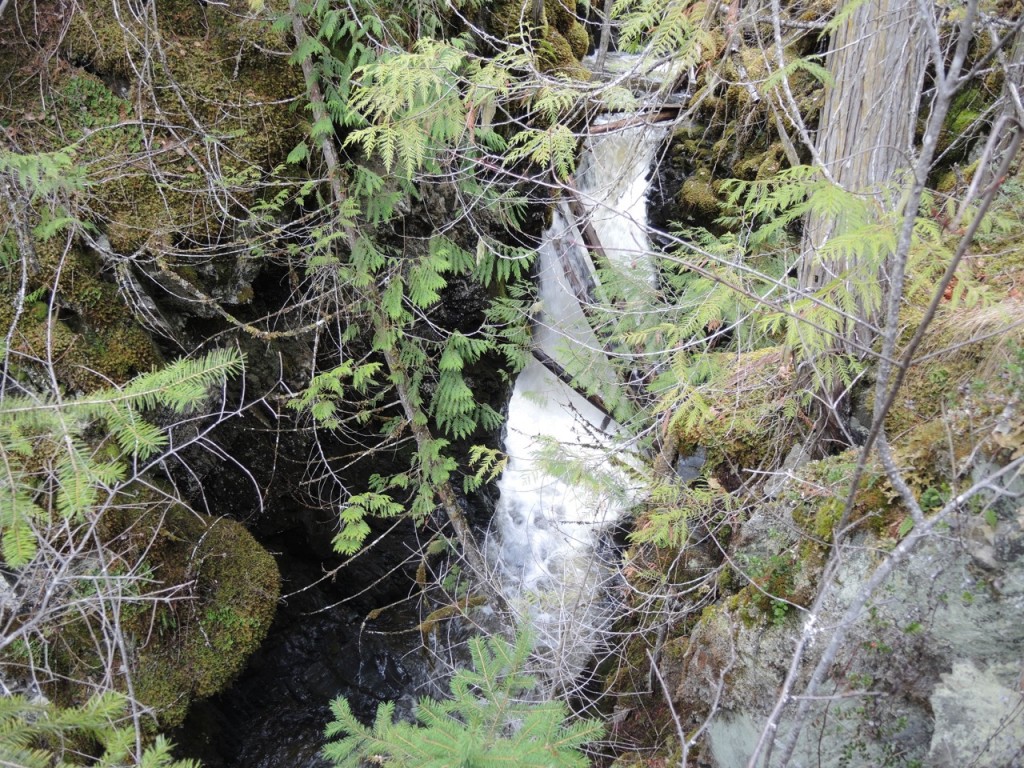 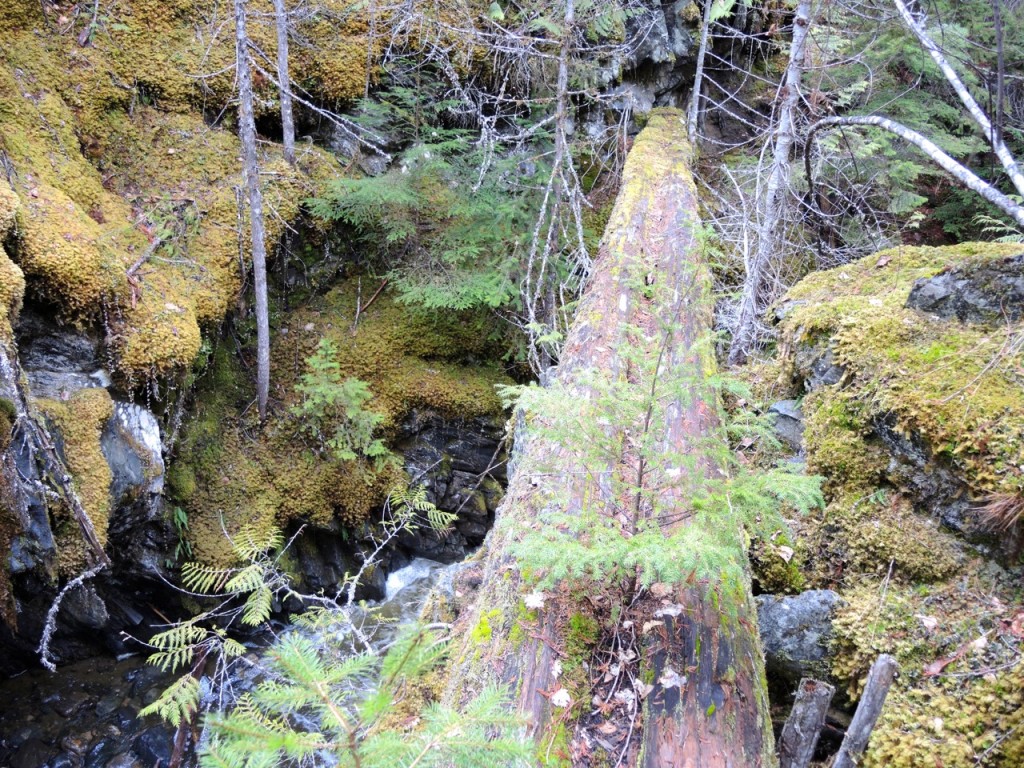 It was a young fellow at the local gas station who told me about the waterfall and the old concrete dam higher up (which we never found). Adams Lake is steeped in history, which is told in detail in my 1989, Vol. 2 Shuswap Chronicles article, The History of Adams Lake.

For this story I interviewed the late Mac Allen’s sons, George and Pat, plus “Ink” Fraser, who ran to the tugboat on Adams Lake until 1997 and Alice MacDougall. All were most helpful and keen about providing information. One part I left out of the narrative, was the reason the Eberts moved to the remote cabin at Brennan Creek. the father had a drinking problem, so they moved into wilds where he could avoid alcohol. Tony recently wrote an article about a summer adventure at the Adams with a friend during a summer vacation after they moved to Salmon Arm. You can read this account in the latest edition of the Shuswap Chronicles.

You can also read more about Frank (Ink) Fraser’s years of running the tugboat on Adams Lake in the Shuswap Chronicles, vol. 9.

Brennan Creek would be a great place to camp in the summer, especially if you have a canoe or boat. Directly across the lake is Spillman Beach provincial park – a great place for swimming. And there is more to explore in the area. One challenge would be to locate the location of the flume and try to find remnants. Also, it would be interesting to find the location of Camp Two, which was located 6 miles up in the hills next to the pond. (another good story, was that years after the ARLC moved out, the pond was maintained by beavers. One day, someone came and trapped all the beavers and the next spring the pond washed out causing erosion damage downstream.

That is one of the wonders of the Shuswap – there are still so many areas to explore and so much interesting history to uncover!