Fostering a Secwepemc sense of place 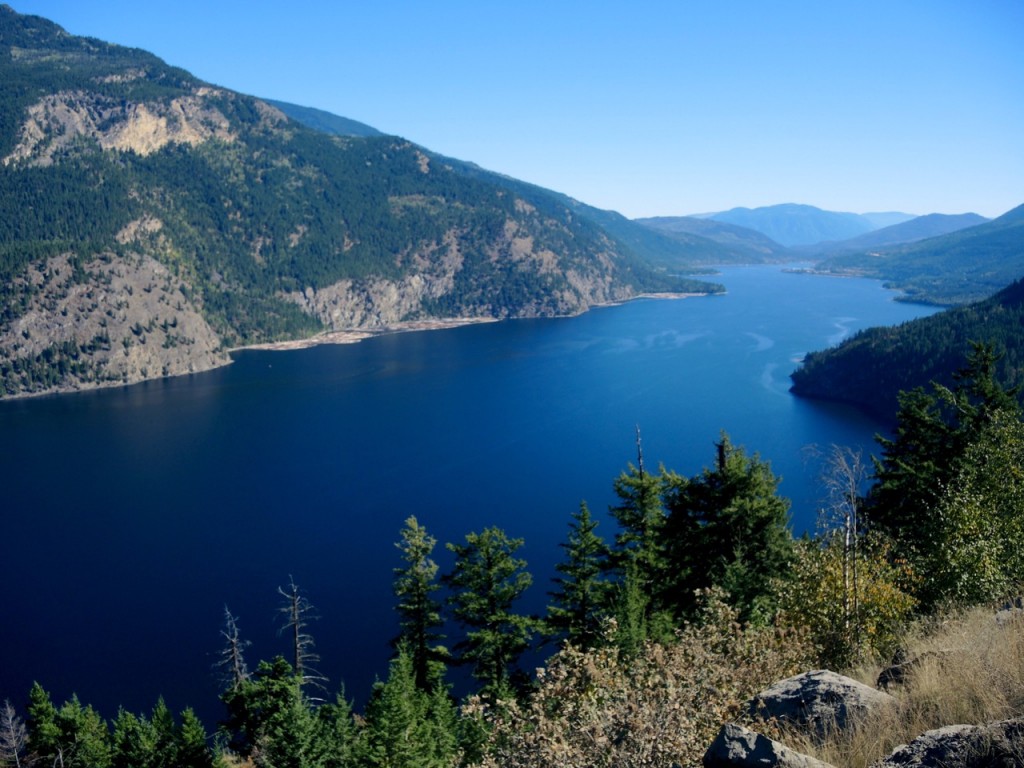 Words are not enough to do justice to this story. You need to be there and not just once, but regularly so that it becomes a tradition for you. As Secwepemc educator and historian Robert Mathew described, that is what is needed to foster a sense of place, which is the goal of the place name project he and many others have been working on for the past 20 years. 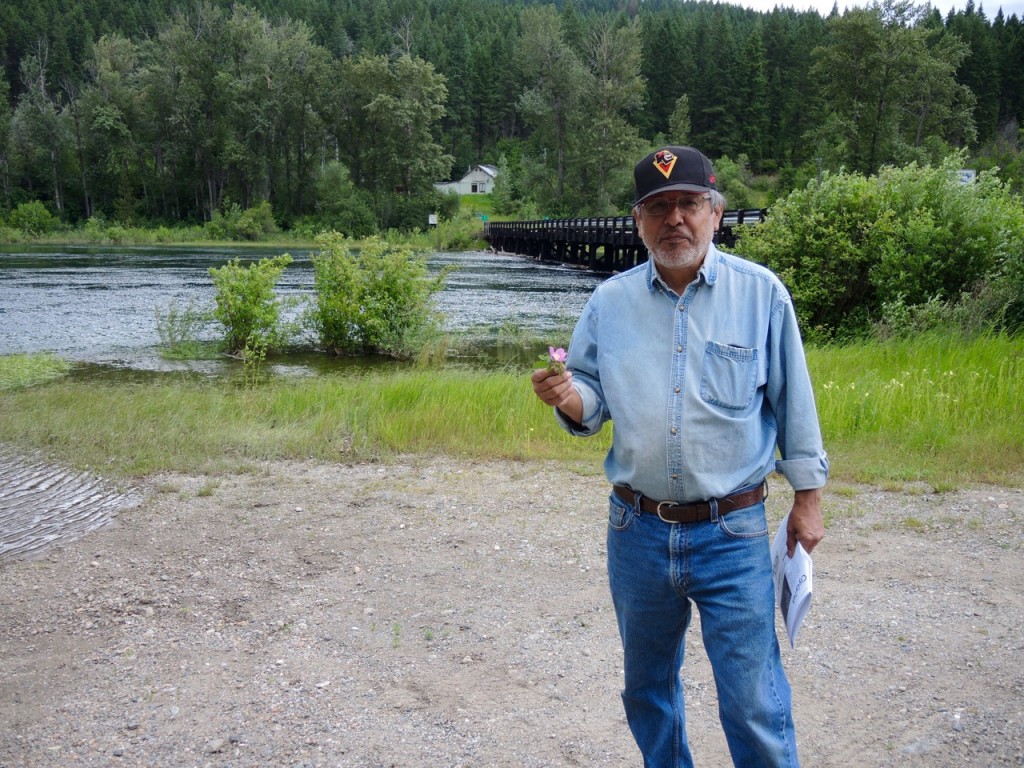 Robert Mathew at the outlet of Adams Lake – Tegwúps

We met at Ciyúy7elt, which is the area on both sides of the Adams River that surrounds the Flume Trails on Huihill Creek. Although it was not a village site, Ciyúy7elt was considered good land for camping because it was out of the wind and there was a good supply of wood for cooking and heating, plenty of medicinal plants and many good fishing sites for sockeye and Coho. 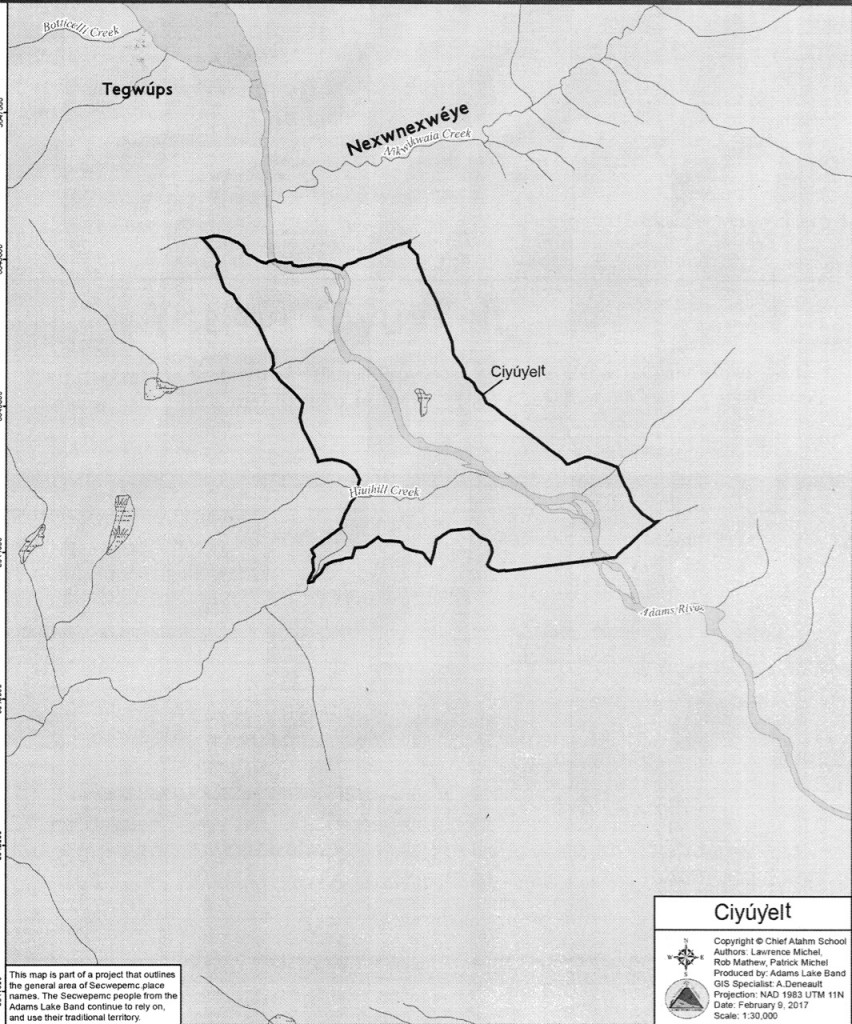 The project first began as a personal journey for Robert, who after moving to Adams Lake, wanted to become a person of the lake and thus proceeded to learn as much as possible from the elders. Over a span of two decades, he met often with Lawrence and Joe Michel, and travelled throughout the region. Hundreds of audio and video recordings have been made that document Lawrence and Joe’s knowledge of the land.

Over 250 place names have been gathered by Chief Atahm School, that have been passed down from generation to generation. The first of eight booklets is now in the process of being published and will be used by both the school and the community to provide a much-needed link to ancient places. Written nearly entirely in the Secwepemctsn language, the first booklet covers Cstélen, the lower section of Adams Lake where there were seven village sites.

For each area, there is a description of the site that includes the traditional uses associated with each place. Many of these uses endure, as Secwepemc people continue to utilize the natural resources of the region for food and medicine, as well as for cultural practices. 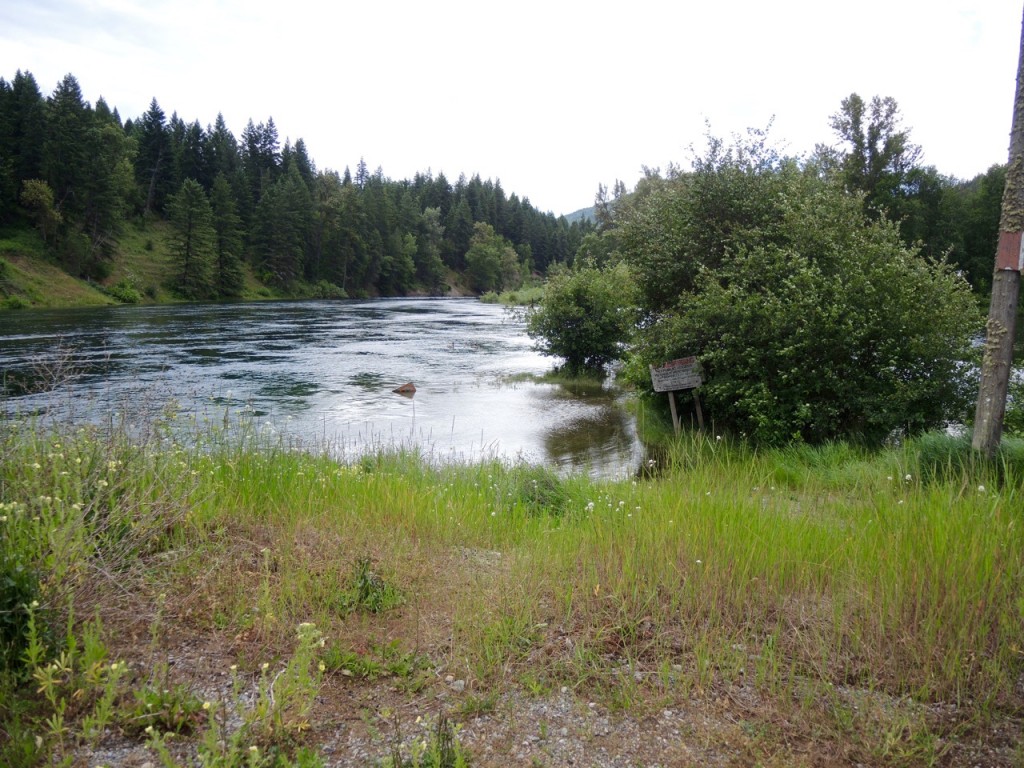 The first stretch of the Lower Adams River

After our brief visit to Ciyúy7elt we headed north to the ancient village site called Tegwúps, where there is a small reserve that was named Toops. The name refers to the sound of water, as this is where the lower Adams River begins and there are some small rapids below the lake. Tegwúps was known as a good place to forage for roots and berries and for fishing. There are meadows above the lake to the east where families dug avalanche lily roots, however in recent decades, cattle grazing has damaged these sites. 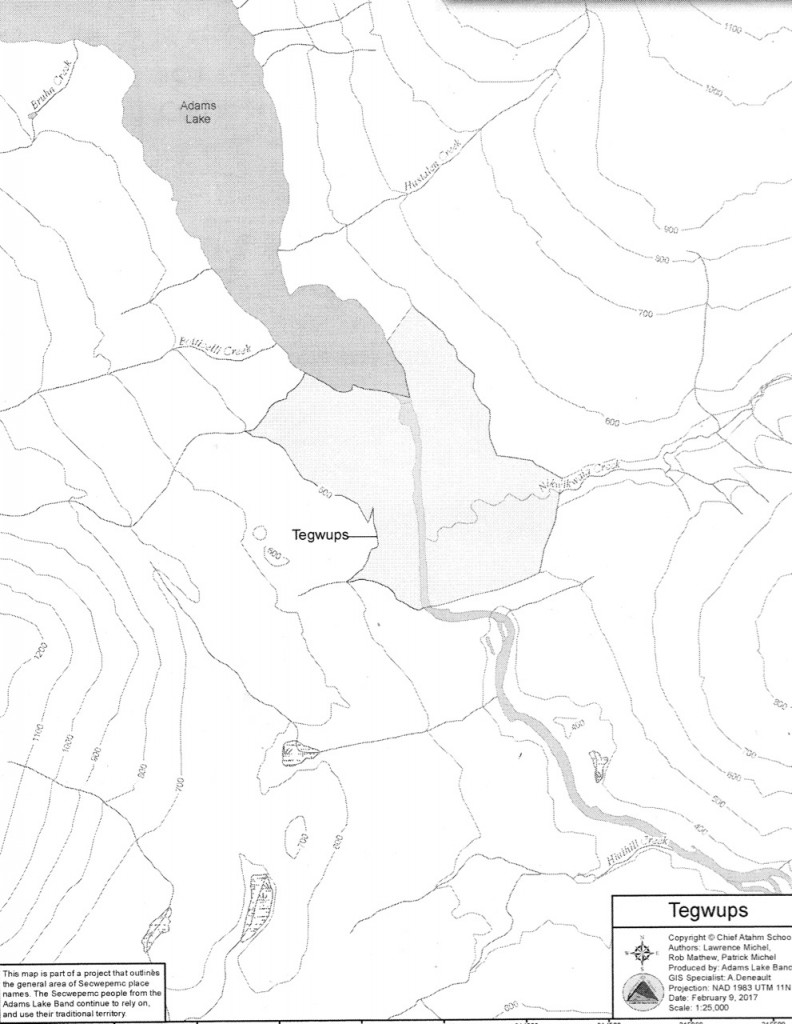 On the east side of Tegwúps, Nikwikwaia Creek flows into the Adams River at the northern boundary of Roderick Haig-Brown Provincial Park. This creek, also known as Gold Creek, flows off of the Adams Plateau. In the booklet, the creek has the ancient name of Nexwenexwéye.

The main reserve at Adams Lake was named Hustalen and is about half the size of the ancient village site of Tk’méqs. Across the lake, stretching from Tegwúps north to Bush Creek is Wáwelt. The area surrounding Bush Creek is known as Tk’eqíqe. And at Squam Bay, the surrounding area has the ancient name of Sq7em.

While the Secwepemctsn oral language is thousands of years old, the written language was not created until 1974, when the Dutch linguist Aert Kulp developed the system that is in use today. The system’s 43 consonants and 5 vowels still do not accurately represent all of the sounds in the language, which has 12 more sounds than are heard in English. 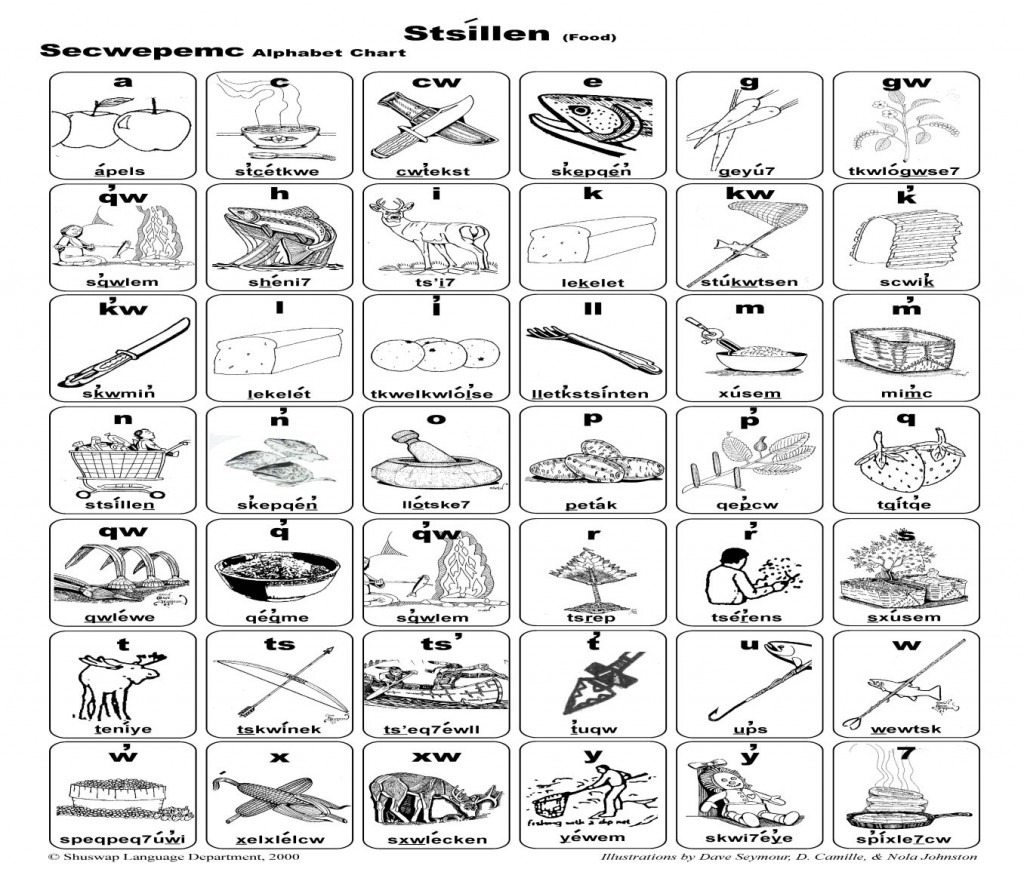 The Chief Atahm School language project will eventually include more than the booklets, as there is a plan to add video and audio clips to the school’s website that will be accessed by clicking on a map of the area. The entire project is a team effort that includes Robert and his wife Kathryn Michel, elders Lawrence Michel, Lucy Williams, and Ana Michel plus other experts. It was made possible thanks to the sponsorship from the Adams Lake Band, the Chief Atahm School, the First Peoples’ Cultural Council and the Social Sciences and Humanities Research Council of Canada.

It would be wonderful to see more Secwepemc place names in use. There are other local bands that are also working on place names. Secwepemc names help to make our region unique and special. For many areas, it would be good to show both names to honour the Secwepemc people who have lived here for over 9,000 years.