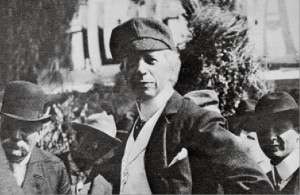 When the first settlers began to arrive in mass after the railway was built, they faced enormous legal as well as physical challenges. They arrived to stake out their “free” homesteads” with visions of bountiful harvests of fruits and vegetables only to be faced with years of difficult, back-breaking land clearing and a bureaucratic nightmare that resulted in many of them being labeled as just squatters.

Much of the Shuswap then was in the “Railway Belt,” a corridor of land that stretched out for 20 miles on both sides of the CPR track. This land was initially given to the CPR as a subsidy for building the railway, which they intended to sell in order to recoup their construction costs. However, the CPR soon determined that much of this land in British Columbia was not suitable for agriculture or development and the Belt was traded for a large tract of arable land in the Peace River region.

At the time when the settlers began to flood into the Shuswap, this land was under the jurisdiction of the federal government and little effort had been made to do the surveys and paperwork needed to provide titles to the settlers. Consequently, their status was in limbo for a number of years until the government was organized to service the rapidly growing number of homesteaders.

In addition to the delay in obtaining title, many settlers faced an additional problem posed by the timber industry. Much of the land suitable for homesteading was also part of timber berths, enormous tracts of land held by logging companies, but with the title still retained by the Crown. The timber companies resented the squatters taking up this land, as they felt it increased the likelihood of forest fires, while the settlers were anxious to begin farming as often the timber had already been removed.

The problems became so acute that in 1909, a reservation was placed on the land until an inventory could be completed. Over the next few summers, teams of surveyors cruised the timber to determine which areas could be removed from the timber berths. Also that year, the Dominion homestead inspector made a report that recommended the size of homesteads should be reduced from 160 acres to 40 acres.

North Shuswap settlers were particularly irate and formed an association to protest against the restrictions. They gathered support from the Kamloops Liberals who then sent a letter in 1910 to Prime Minister Wilfred Laurier that threatened the withdrawal of their memberships if the size of the homesteads were reduced, as “some of them having invested over $2500 in improvements and been in residence for many years.”

Thanks to the letter, enforcement of the new regulations was delayed and plans were made to meet Laurier during his planned western tour in August. Meetings were held all summer at which Oliver Freeman of Lee Creek and Wil Riley of Celista were chosen to present their demands to Laurier.  The settlers were successful and they were told that they would get their “entry” soon, which turned out to be three years. 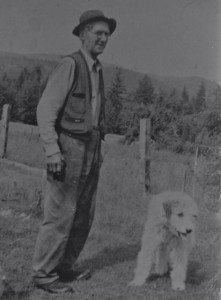 The first step was the creation of a commission that was directed to inquire into the “Illegal occupation” by squatters.” Surveying and then re-surveying was done, which sometimes showed how the squatter’s homestead turned out to have little relation to the survey lines of the township grid.

In 1912, Mr. S. Maber, the superintendent of B.C. Lands was appointed to investigate all matters relating to the timber berths on Dominion land. In the Shuswap he joined with local timber cruisers and representatives of the Arrow Lake Lumber Company, which controlled many of the Shuswap timber berths to tour the region. They found that most of the valuable timber had been removed some years ago and fires had swept through.

In November, Maber gave his report that recommended that the lands be removed from the timber berths and that 160-acre homesteads be made available. He was impressed with how they governed themselves with settler associations and that the valuable improvements they had made had resulted in settlements of superior quality. In the North Shuswap, the settler association had become the ad hoc local government that helped locate vacant land for incoming settlers, prevented the jumping of claims and settled disputes.

Finally, in the spring of 1913, Mr. Maber instructed the Land Agents in Kamloops and Salmon Arm to send forms to each settler informing them to appear at the office to make their application for entry of their claim. At long last, the “illegal squatters,” could become owners of the land that they had been promised many years ago and had spent so much time and money to improve.

Imagine the stress on the early settlers as they faced so many roadblocks during the early years. The land was supposed to be free, but there was no telling when they would actually be able to claim title. They were incredibly resourceful, in not only how they managed to eke out a bare living on the land that needed so much work to produce the food they needed to survive but also in how they managed to work together to cope with the government that was ill prepared in dealing with them.

If it was not for their ability to cooperate and work together to meet these challenges, many of them would have simply pulled up stakes and moved elsewhere. Little can be found about the associations they formed to organize themselves, solve problems and deal with the government.

These settlers were a unique group of people, who were willing to take enormous risks and face great challenges to achieve their dreams of self-sufficiency and agricultural success. There are many parallels today between the goals of the early settlers and the goals of those today who have chosen a rural way of life that includes growing organic food and living the “back-to-the-land” lifestyle.