Despite the change of government in Victoria, there have been no changes to forestry policies that have provided corporations with unfettered access to the rapidly declining timber supply. To address the negative impacts such as damaged water supplies, floods, loss of wildlife habitat, loss of recreational opportunities, loss of jobs, and loss of endangered species that are increasing exponentially, community activists are organizing a virtual five-day long summit culminating in a day of protest on Friday, September 18th. 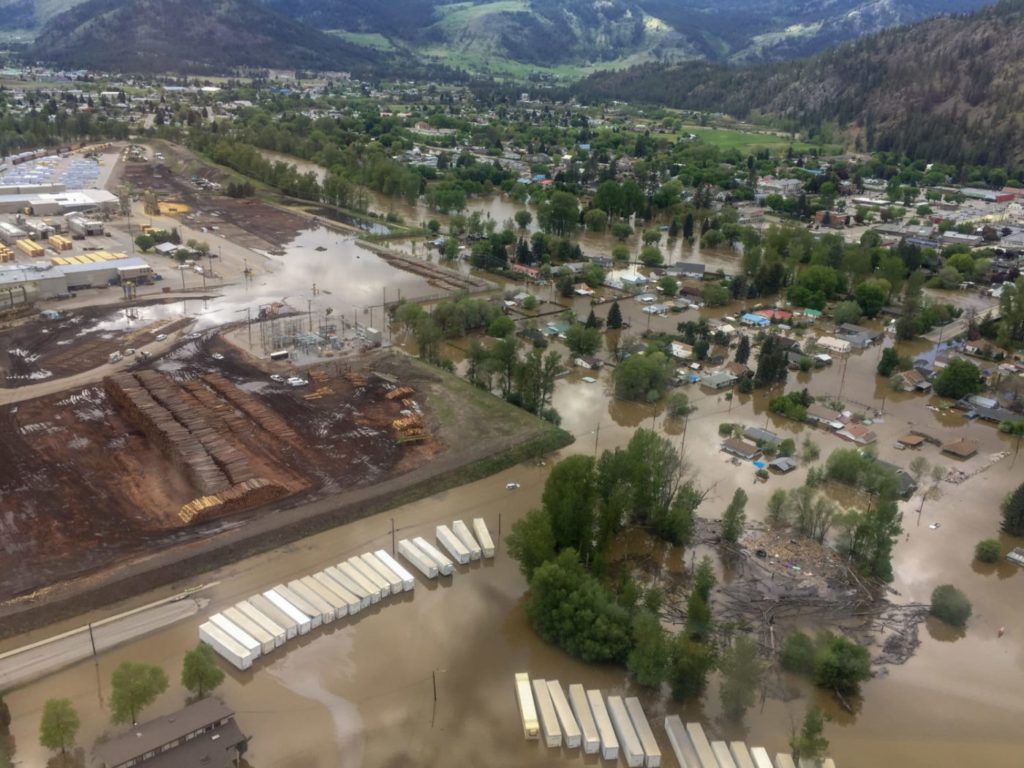 The province-wide event’s lead organizer, Jennifer Houghton, is still reeling from the devastating floods in her home town of Grand Forks that were a direct result of the massive clearcutting in the upper watersheds of the Grandby and Kettle Rivers.

Massive clearcut in the Peachland watershed

Another organizer, Taryn Skalbania is from Peachland, which has been forced to build an expensive water treatment plant because its water supply is full of silt due to extensive clearcut logging. 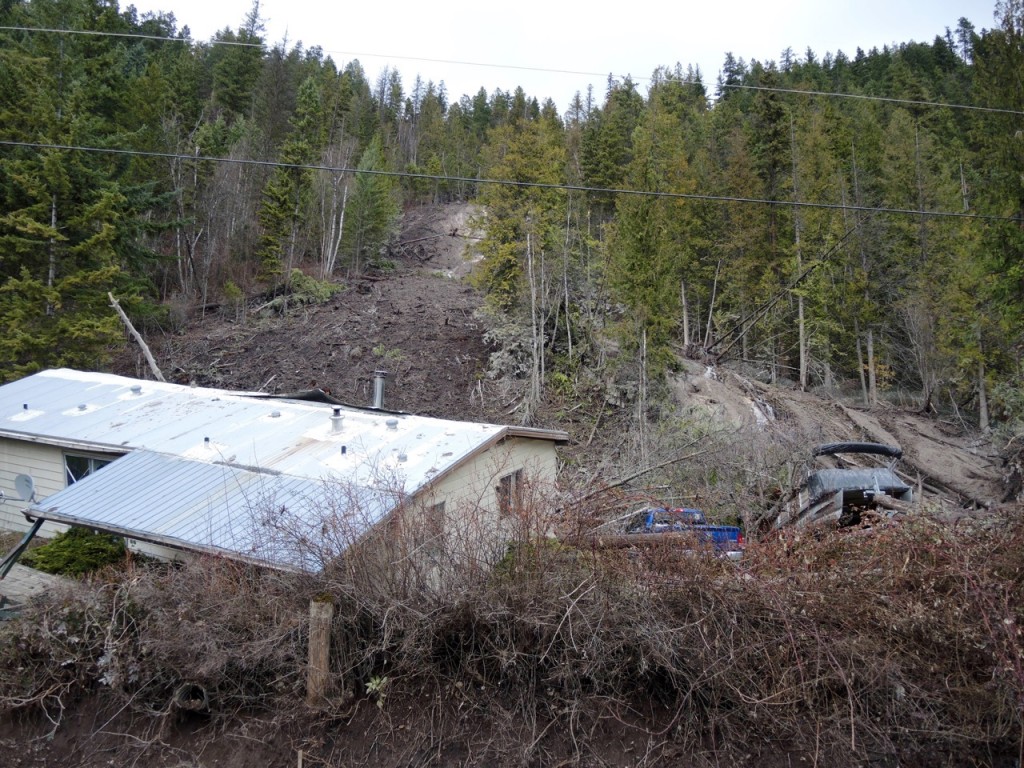 While the problems have not been as severe here in the Shuswap, we have definitely have had our share. Landslides have crashed down into homes and communities, due to the combination of heavy rain and melting snow on steep hillsides that have been clearcut logged. The local population of endangered mountain caribou is hanging by a thread, as so much of their habitat has been logged and predator wolves move higher up the mountainside on logging roads and snowmobile trails.

After decades of overcutting and highgrading here and throughout the province combined with the impacts of pine beetles and fires, there are far fewer trees left to log and what remains is of lower quality. As well, automation has reduced the number of jobs in the forest industry. Consequently, there are only a few large wood-processing facilities still operating in the Shuswap.

Often, it is BC Timber Sales (BCTS) or smaller licensees that operate in the marginal old growth cedar/hemlock stands, which is resulting in massive amounts of waste left in enormous burn piles. 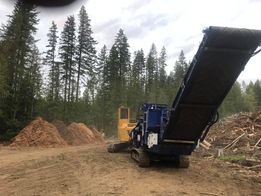 Thankfully, some of the waste that is fairly close to the highway is now getting chipped, loaded into chip trucks and shipped to the pulp mill in Kamloops. 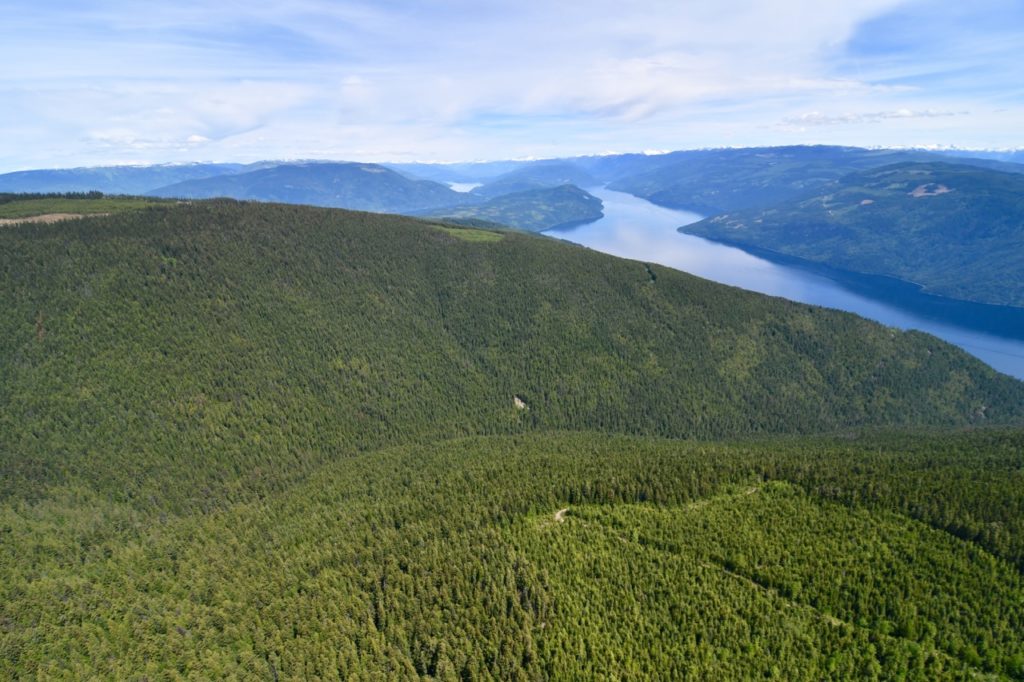 Aerial photo of the Bastion Creek watershed where logging is proposed on this hillside, photo by Luke Gubbels

Given the history of logging-related landslides in the Shuswap, the major concerns are the proposed clearcuts above Mara Lake and Bastion Creek. Recently, a retired hydrologist reviewed the revised assessment for the Bastion Creek logging and found it was flawed. The government hydrologist also agreed it was defective, but cannot get involved due to her upcoming retirement. 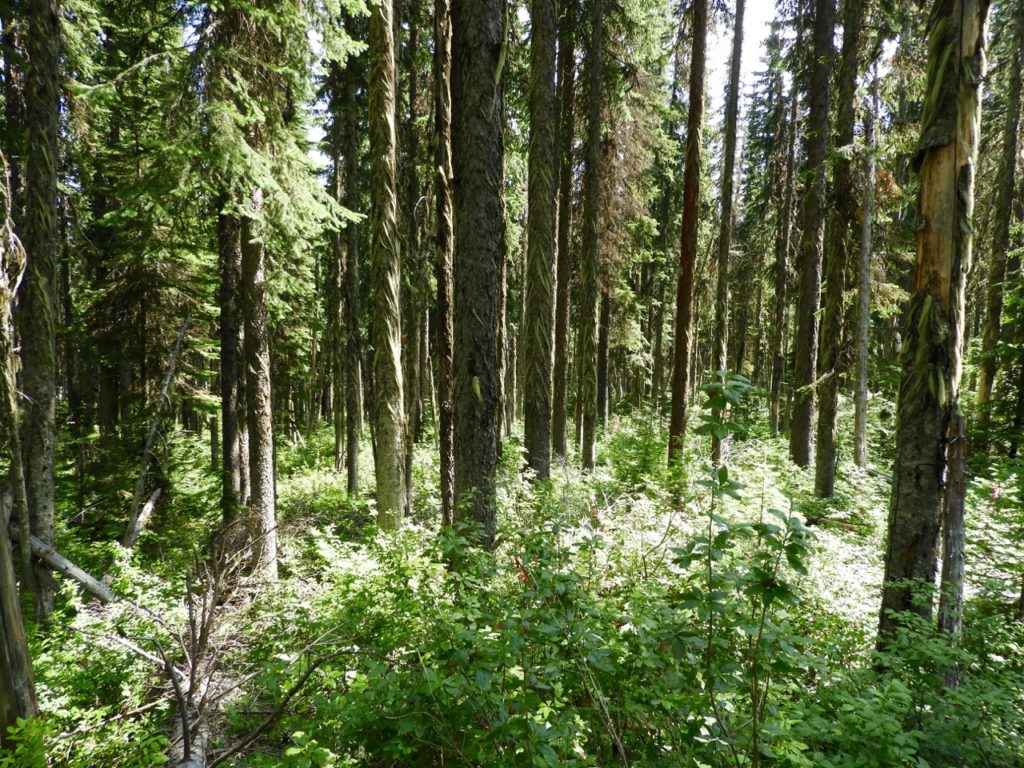 The forest of balsam and spruce that BCTS wants to log

Sadly, the timber that BCTS proposes to log on the Bastion hillside is of inferior quality and would not likely generate much income. If the logging goes ahead, the summer homes located alongside the creek near the lake will be at risk. Under the current model of forest management, timber extraction takes priority over private property and peoples’ safety.

There are solutions to the ongoing forest mismanagement. The team that is organizing the upcoming summit are calling for a “New Forest Charter” that would give priority to nature rather than to corporate profits in decision making, provide greater public control of public land and eliminate unfettered corporate control, reinstate local land use planning and ensure all management is based on science rather than profits. 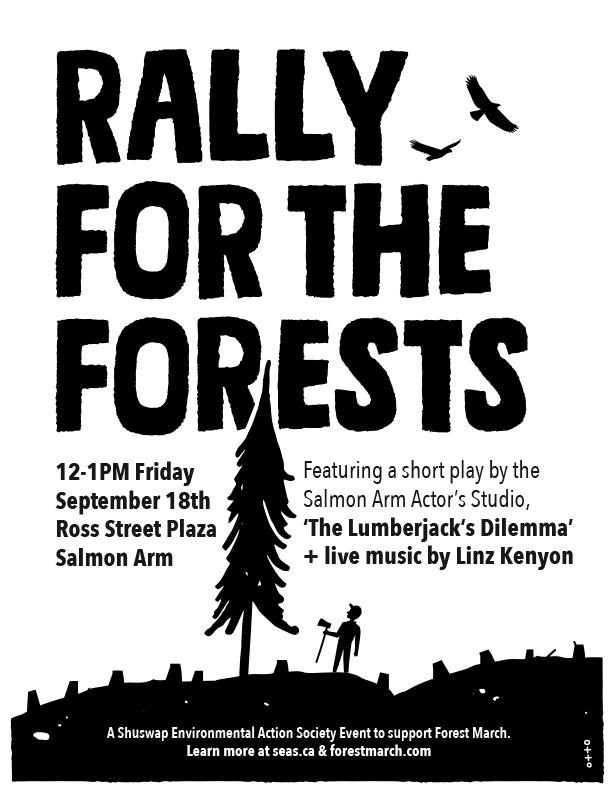 To coincide with the September 18th provincial action, there will be a rally at noon in Salmon Arm at the Ross Creek Plaza that will include a short play from the Salmon Arm Actor’s Studio entitled “The Lumberjack’s Dilemma,” live music and talks; all with appropriate social distancing. Learn more at forestmarch.com, where you can sign up to participate in the virtual summit.

British Columbians are being fleeced! Six major forest companies control 60 percent of the annual cut in the province, and these companies now own more production facilities outside the country, than here in Canada. There are now a total of 48 mills in the U.S. and Sweden is owned by the majors. One of the largest is Canfor, which now has 53 percent of its production facilities in the U.S. and Sweden. These companies have been making vast profits here thanks to generous subsidies and then using the money to create jobs elsewhere. B.C. is becoming stripped of trees, and the companies could care less because soon, most of them will just leave when the wood is gone and operate comfortably where wages are less and the trees grow faster. 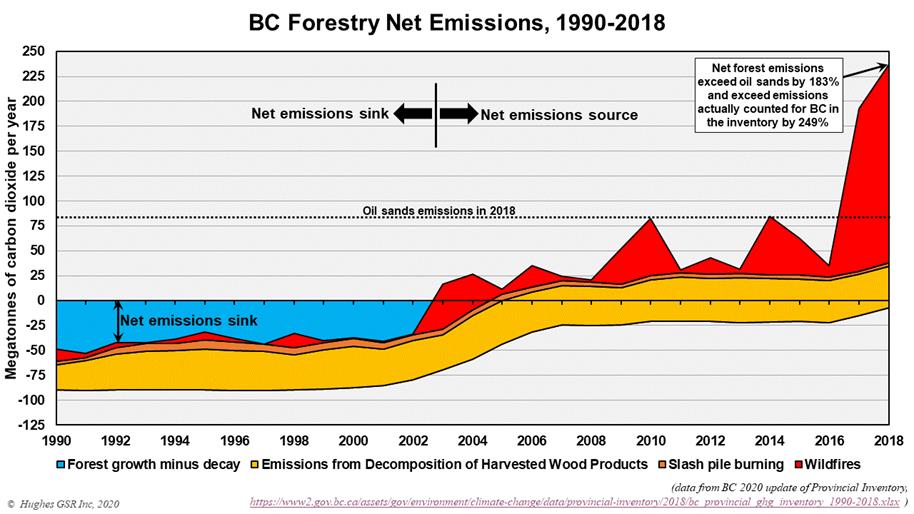 Another crisis in B.C. forests is the escalating amount of carbon emissions being produced due to logging, fires and pests. Three times more carbon is coming from the province’s forests than from all other sources! In 2018 alone, the province emitted 305 million tonnes, of which 78 percent came from the forests.

A sure sign that the government’s own timber supply is overstated, is that the annual allowable cut (AAC) is much higher than the actual volume logged. Companies simply cannot find the wood that is supposed to be there. Recently, two former government timber analysts released a report that explains how the ministry data is inaccurate, in part because the growth and yield information is out-of-date and far too much timber was logged during the uplift for the beetle epidemic. Also, the models used do not incorporate the impacts of climate change. The size of clearcuts have also grown much larger, as companies need to log larger and larger blocks to achieve the volume they need.

Learn more about the crisis in the forests here: The Final Liquidation