The tip of the melting iceberg

Home » The tip of the melting iceberg

Early in the spring, an expert on the radio explained how this summer would resemble what the near future will be like due to climate change. So far, his prediction has rung true, with smoking hot temperatures throughout the province, an early and pervasive forest fire season and now severe drought. So far, the Shuswap has been relatively unscathed, but we have two months to go before the fire season is over and there is uncontrolled fire near Falkland. 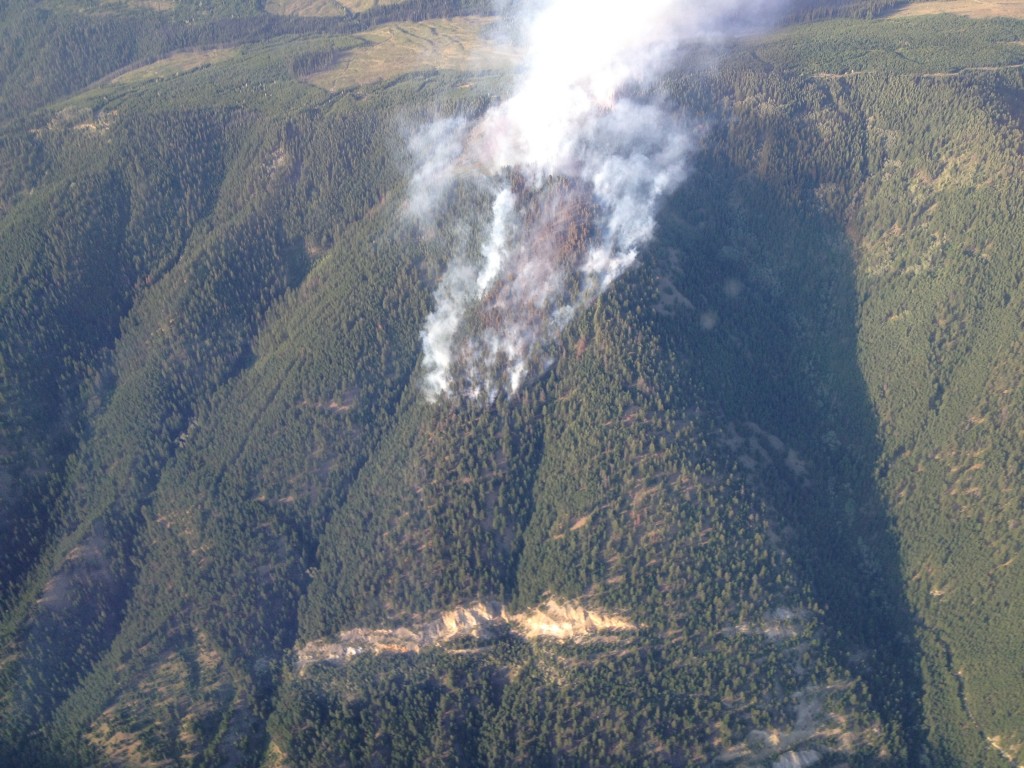 While the impacts mount in regions to the west and south of the Shuswap, one of our major concerns should be the rapidly declining lake level. Bernhard Kramer has been keeping track of lake levels on his Shuswap Lake Watch website since 2002 and this year is totally unique. Normally the lake does not begin to rise until early April, but this year it began in early February and by April it reached an unusual peak and then declined when normally it is rising. 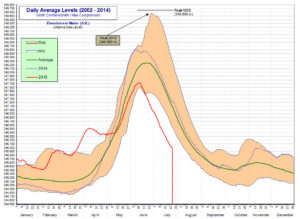 The lake fully peaked just prior to mid-June and since then it has been dropping precipitously. Currently the level of the lake is one month ahead of schedule, so if this trend continues, the lake will be far lower than its lowest level by this fall when the salmon run begins. With such low water levels in the lake, the streams and the Thompson and Fraser Rivers, the potential for problems will be high. 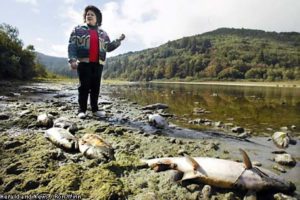 Not only are the salmon at threat when the water level gets low and the temperature rises, but trout and other fish also struggle. Just recently there was a fish die-off in a tributary of the Barriere River, when the creek nearly dried up. Low water levels could also impact tourism and put some water intakes at risk. 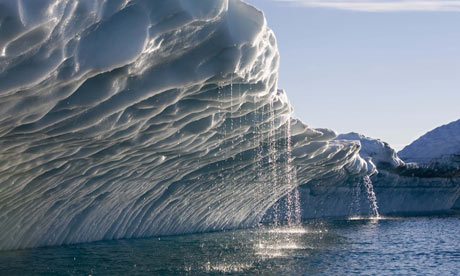 What we are witnessing is but the tip of a very large melting iceberg, as the impacts we are seeing now are a result of the carbon released into the atmosphere 40 years ago or longer, due to the time lag between when the carbon leaves the smokestack and when it begins to warm the planet. As warm as it was this January, when the snow began melting and in June, when temperature records were broken, it will just keep getting warmer. 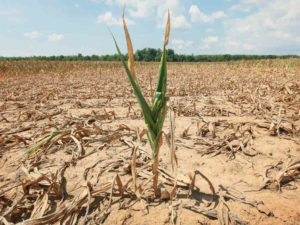 With the heat will come serious impacts, many of which we cannot predict. Diseases and or drought could devastate forests and forest dependent wildlife and agriculture will be at risk. With the temperatures soaring there will be more unpredictable, intense weather events such as the freak hailstorm a few weeks ago that damaged many gardens in the Shuswap.

Fortunately, most of the garden plants damaged by hail recovered, and now we are witnessing early harvests for many vegetables. This year has been so remarkably warm that the tomatoes have ripened over a month earlier than normal. It would be interesting to see a compendium of observations from a variety of Shuswap farmers and gardeners. 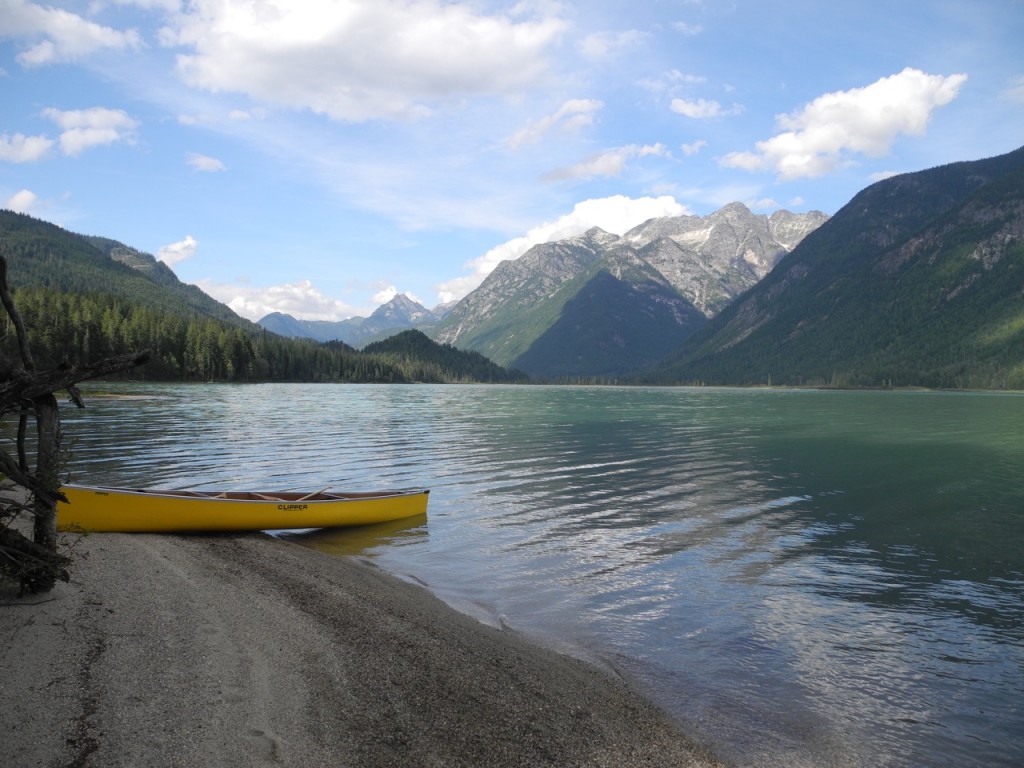 The flow of water in many of our rivers in the fall is in part dependent on nearby glaciers, which are melting quickly. Once these glaciers are gone, Shuswap rivers could become but a trickle in the fall and lake levels will be lower than what we are witnessing now. And as we face less water here, so will our neighbours, far and wide, which could lead to competing demands for the resource. 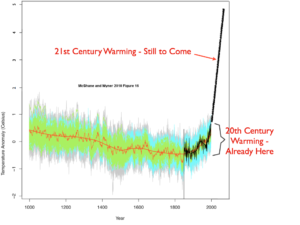 All the climate change studies predict a steep exponential increase due to positive feedback loops that kick-in as temperatures increase. Feedback loops such as vast forests killed by beetles, loss of sea ice and its reflective barrier and methane escaping as the permafrost melts. The cause of the heat and drought is being blamed on a massive “warm blob” in the ocean, which is two to four degrees warmer than normal.

Temperatures are increasing rapidly as predicted

Knowing that climate change is predicted to accelerate along with the negative impacts is one of the reasons I write this column and the books, to provide the “base case” of what the Shuswap is like now. It will be helpful in the future to have a record of what the Shuswap was like before climate change kicked in. That is why the volunteer measurements that Bernhard Kramer is taking and graphing is so important, as it provides evidence of the aberrations occurring.

The most important work needed now to address global warming is to determine what measures are needed to adapt to the change. One step needed in the Shuswap would be to measure the amount of water remaining in the glaciers and estimate the current rate of melt. Another would be to improve wildfire prevention and protection. From flood to drought, we face an uncertain future, which is why a plan is needed.

This is not a cheery topic. Governments and corporations are burning carbon like there is no tomorrow, and despite some successes the carbon in the atmosphere is still increasing. While efforts must continue to mitigate the impending disaster, it is really too late. The planet is locked into global warming for decades, if not centuries. All we can really do is make an effort now to make our lives as comfortable as possible until life becomes too difficult on earth.