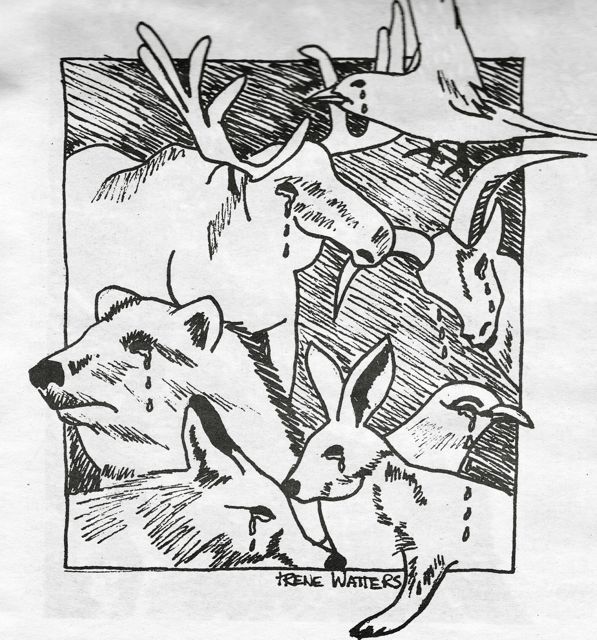 One way to gauge the environmental health of the Shuswap is by understanding how well rare species are fairing, given the growing impacts from resource development. However, navigating the maze of information and agencies regarding the growing numbers of species at risk in B.C. is a challenge. While Canada does have endangered species legislation, its ability to actually make a difference is severely limited because the act only applies to federal lands, migratory birds and aquatic species. The federal government can take action, if a provincial government fails to prepare a recovery plan. The government of B.C. has long resisted bringing in endangered species legislation and instead focuses on cooperation, collaboration, communication and mostly voluntary measures.

Trying to determine which species are at risk from extinction is also not simple, as there are a number of different lists. At the federal level, the first step is for the Committee on the Status of Endangered Wildlife in Canada (COSEWIC) to assess and then designate which species are in danger of disappearing. Next, the Canadian Minister of Environment posts a statement with Canada’s response to the listing. The federal cabinet must then either add the species to the list or refer it back to COSEWIC for further study within nine months. If the cabinet fails to act, the species is automatically listed within the Species at Risk Act (SARA).

The Conservation Data Centre in B.C. also maintains a list of species at risk, which is far more inclusive than the federal lists. While its database is extensive, it does not provide a geographic search tool for species. Fortunately a non-profit group, The Stewardship Centre, supports the Species at Risk Primer, a website that provides details about every endangered species in the province in a format that is searchable via species, regional districts, forest districts or habitat.

Within the Columbia Shuswap Regional District, there is a total of 183 species at risk, including 48 on the red list, which are either endangered or threatened and 129 on the blue list, which are species of concern. Out of this total, only 26 species are listed under SARA. The majority of at risk species are either plants (72) or mosses (27). Out of the 15 mammals listed provincially, only 3 are on the SARA list, the red-listed American Badger and Mountain Caribou and the blue-listed Spotted Bat, and there are B.C. recovery plans for each of these species. 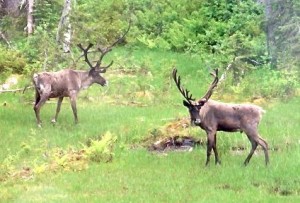 Despite the Mountain Caribou Recovery Plan and increased level of habitat protection, the caribou numbers continue to fall. Once numbering in the many thousands with ranges that included valley bottoms, the provincial population is declining rapidly, from 2500 animals in 1995 to 1,900 in 2007 to only 1,533 in 2014. To the south, the Monashee herd is down to less than 8, and to the north between Queest and Mt. Grace the herd is included with the Revelstoke herd.

Other than the one badger spotted years ago in the Fly Hills, there have not been any seen recently, according to Shuswap Naturalists president, Ed McDonald. His concern is with the insectivore birds, as he has seen a rapid decline in numbers, including the blue-listed Olive-sided flycatcher and Barn swallow.  A number of factors are behind the decline, including the impacts of pesticide use and climate change. 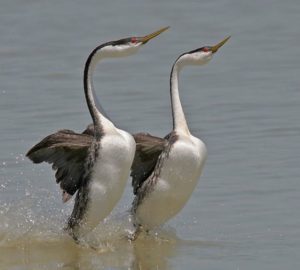 The Shuswap is fortunately a haven for some endangered species, including the red-listed Western Grebe, whose numbers are increasing in Salmon Arm Bay, while decreasing elsewhere. Every fall, a family of blue-listed Short-eared owls move from the grasslands to the edge of the lake at Salmon Arm Bay where there is better winter-feeding. Unlike other regions, the blue-listed Western Painted turtles can be found in nearly every body of water in the Shuswap, including McGuire Lake. And there are healthy populations of the blue-listed Western toads at Skimikin Lake and Little Mountain Park. 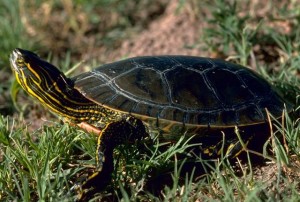 Some rare plants are also found in the Shuswap, including the red-listed Mexican Mosquito Fern and the Moss grass, both of which can be found in Salmon Arm Bay.  The fern is very small, and can only be noticed in the fall when the fronds turn red. At White Lake, there is a healthy population of the blue-listed Giant Helleborine, 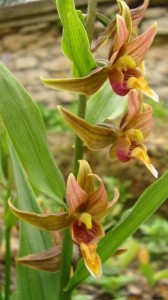 which needs moist calcareous soils in riparian areas. However, information remains elusive about the two red-listed molluscs that the provincial listing shows as only found in the Shuswap, the Tapered Vertigo snail and the Herrington Fingernailclam.