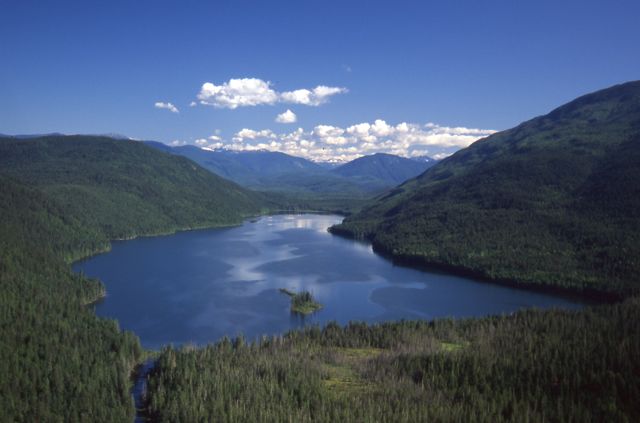 It is one of the Shuswap’s truly special places. Hunakwa Lake lies in the low valley between the Anstey Arm of Shuswap Lake and the small community of Seymour Arm, and is the centerpiece of the 6,853-hectare Anstey Hunakwa Provincial Park. Last weekend, we canoed around the six kilometre long wilderness lake and were fully absorbed by its pristine serenity, rich wildlife habitat and the amazing views of the distant hills and mountains. 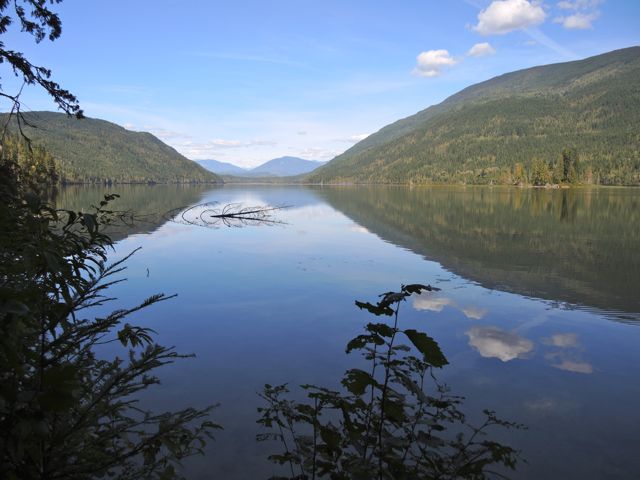 It was over 20 years ago that the campaign began to protect Hunakwa Lake and the surrounding forested hillsides, including the ecologically rich Wright Lake near Seymour Arm. Our first visit to the lake was via the 3-kilometre long BC Parks trail from Anstey Arm and we were most impressed away by the massive cedar trees and the sight of a large lake with no signs of human activity. But back in the early 1990s this wilderness area was at threat from road building and logging. 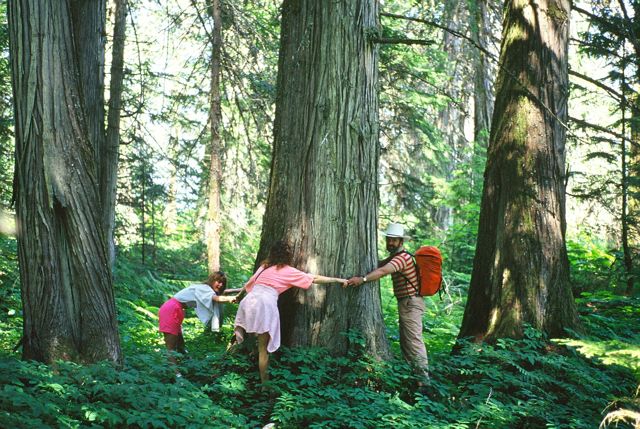 Scene from our first visit to Hunakwa Lake

Under my leadership, the Shuswap Environmental Action Society worked long and hard to resist the logging plans, raise public awareness, and attend countless meetings until the land use planning process began that eventually resulted in provincial park status. During those years we visited the area many times and brought in community leaders, provincial conservationists, photographers, and reporters. 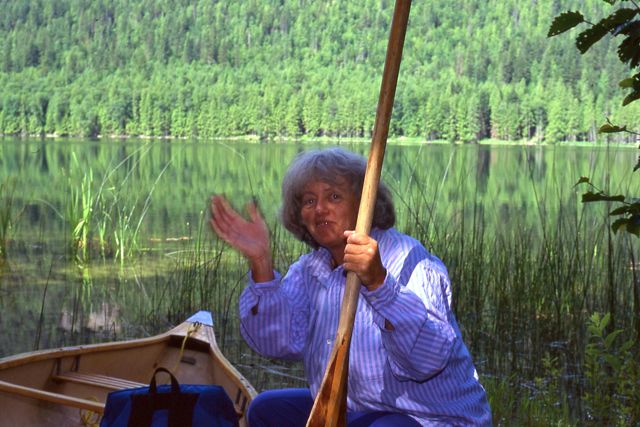 In 1992, we blazed a trail from the east side Seymour Arm, past Wright Lake, over the hills and down to Hunakwa Lake. The plan was to create a hiking trail that connected two arms of Shuswap Lake and would provide a wilderness tourism opportunity for boaters. That trail remains a distant dream, as BC Parks remains a low priority for the provincial politicians and there is never funding in the budget for new infrastructure or even staff. 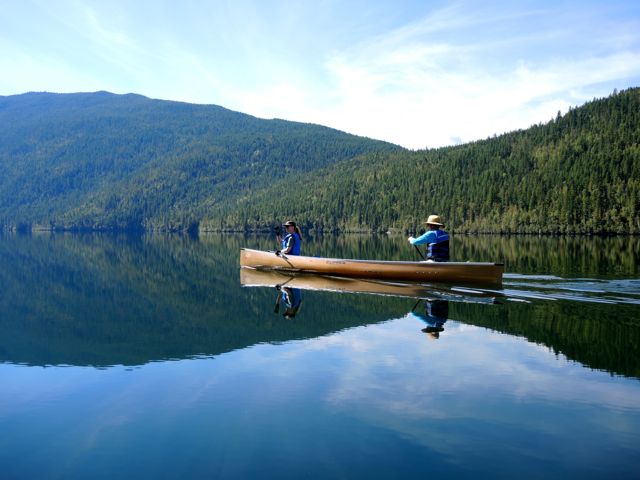 A wonderful place to paddle

The only way to access the lake with a vehicle is through private land on an extremely rough 4×4 track that was bulldozed through in the 1960’s to help fight a forest fire. A plan does exist to provide public access that would create a small parking lot a few kilometres away to allow for recreationists to bring in their canoes or kayaks. But once again, the lack of funding is the main obstacle. 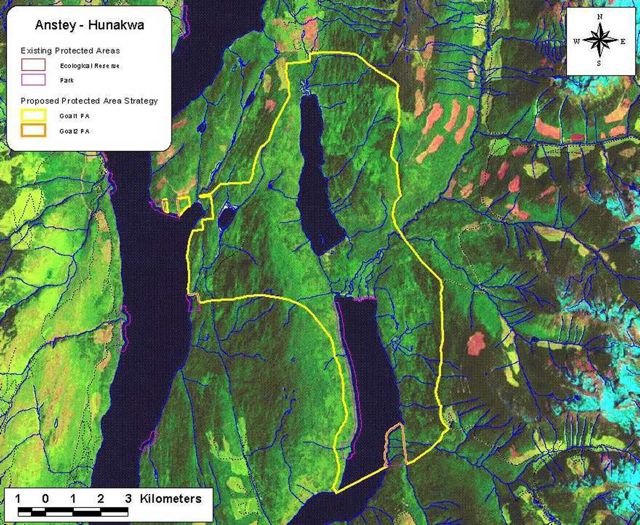 Our day on the lake was magnificent. The silence was only broken by the calls of loons and the distant honks from three trumpeter swans. The level of the lake was quite high for this time of the year, which made any landings to the shore difficult. We pulled into the end of the lake where the trail from Anstey Arm ends to have our lunch and I admired the old growth red cedar trees, many of which are culturally modified from bark stripping done hundreds of years ago by the Secwepemc people who camped and wintered there. 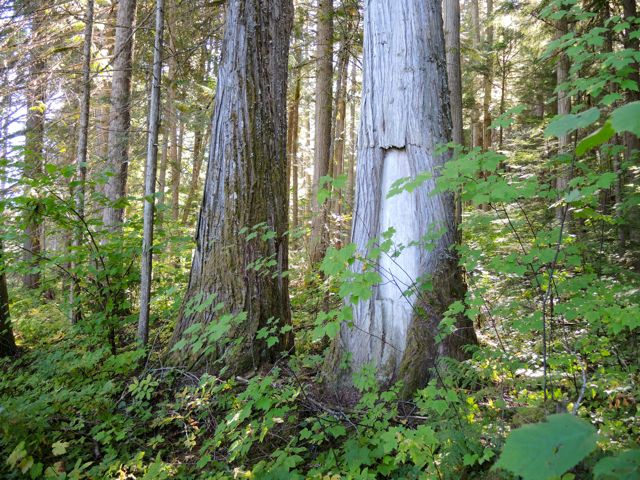 There is a small island at the south end of the lake, where eagles often roost. And at both ends of the lake there are extensive wetlands that provide a refuge for wildlife. Another key feature of the park are the giant old growth Douglas fir trees, as so few remain at this low elevation due to over 125 years of extensive logging. From our canoes, we tried out the amazing echo with our voices, and no wonder, as Hunakwa means echo in the Secwepemc language. 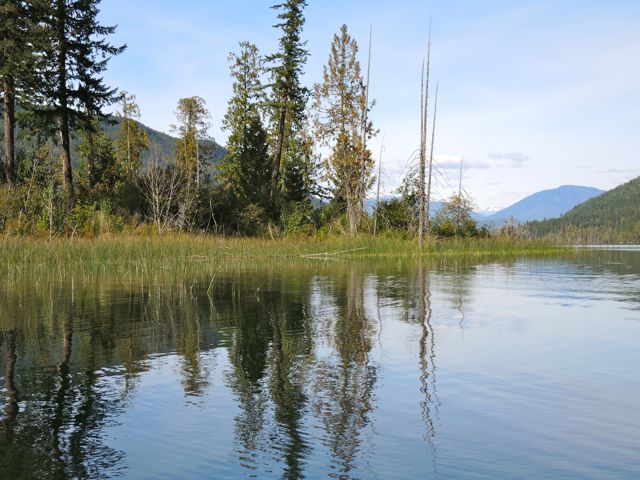 The small island on Hunakwa Lake

There are still small stumps from the only logging around Hunakwa that occurred during the 1930s when cedar poles were taken out likely during the winter. Beginning in 1878, Francis Anstey, also logged the hills adjacent to the arm that was later named after him. He had a camp there and made shakes and shingles. Plus booms of logs were towed all the way to the Shuswap Mill in Kamloops. 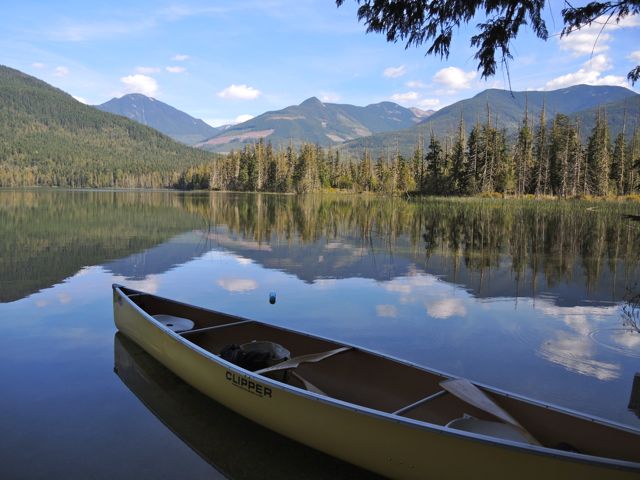 Someday, hopefully, BC Parks and perhaps the Shuswap Trail Alliance will work with other local groups to provide trails and access to allow the public to experience and to better appreciate the real jewel of the Shuswap, Anstey Hunakwa Provincial Park. And very soon, the full story of how this park was created will be available in the soon to be published book by Deanna Kawatski, “Big Trees Saved, and other Feats – The story of the Shuswap Environmental Action Society.”