Impediments to solutions for agricultural pollution 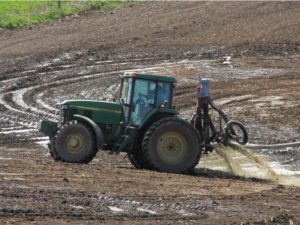 There are significant parallels between the groundwater contamination crisis in nearby Hullcar and the decline in Shuswap Lake water quality due to increasing amounts of phosphorus. Both problems stem from how large, industrial dairy farms deal with manure, which is commonly stored in sewage lagoons and then sprayed on fields. In Hullcar the excess nitrates are seeping into the groundwater, while in the Shuswap and Salmon River valleys, the excess phosphorus is leaching into the rivers and lakes. 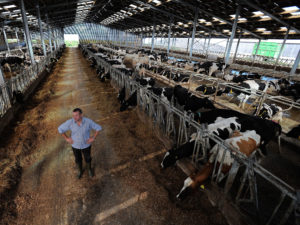 Problems related to pollution from agricultural run-off are widespread throughout the world, wherever livestock are raised in large numbers. In some jurisdictions, there are strict laws that regulate nutrient management and in the U.S., the laws are slated to become more rigid due to increasing levels of contamination in both groundwater and surface water. As well, in many other regions except for British Columbia, practices are improving with better management using advanced equipment designed for turning manure into non-toxic, organic fertilizer. 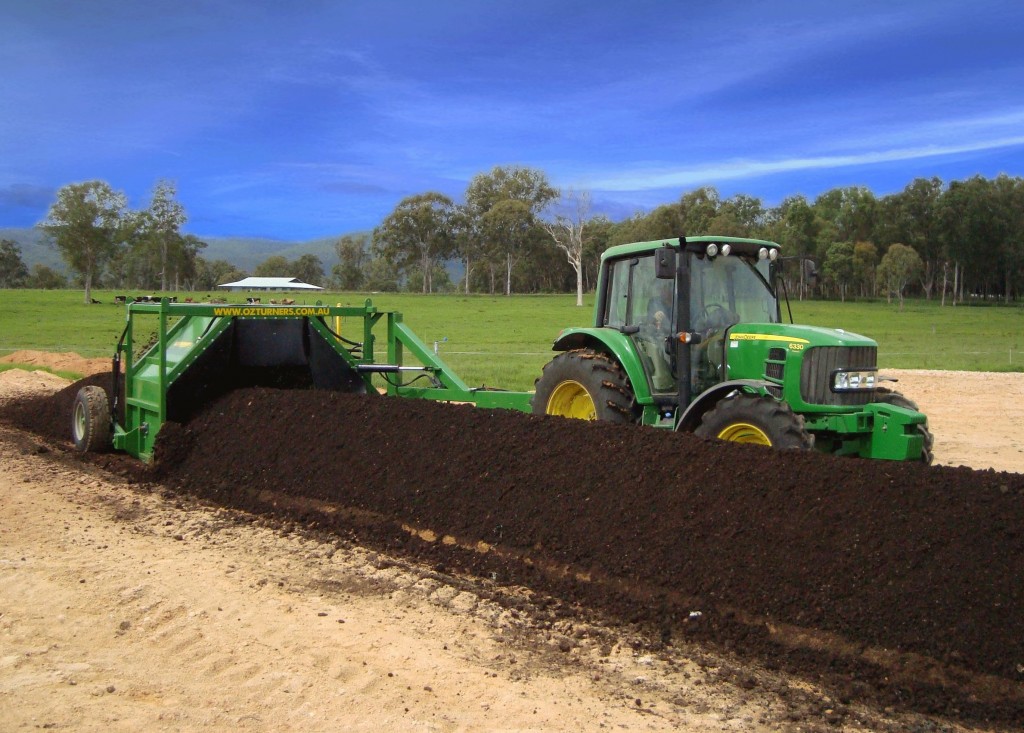 A compost turner in operation

The solution to the escalating problem is actually quite simple, it is composting. Instead of storing the waste in stinky, sewage lagoons, the manure is piled into rows on a section of field and combined with 60 percent wood waste or straw. Large compost turners attached to a tractor, move down the row turning the compost four or five times and adding water after the first turning. Once the compost is taken off and spread, the now fertile field is ready for planting and another section can be used to make more compost.

A portion of this field is used for making compost

Timing is critical, as this turning process needs to occur when the temperature reaches a specific level as the compost “cooks.”  Composting converts the nitrates, phosphates, potash and other minerals in the manure to non-water soluble salts that soil organisms can consume, which then nurtures the plants. Studies show that pastures and croplands fertilized with compost are far more productive than fields covered with raw manure, which should only be applied when the soil is warm and the plants can absorb the nutrients. 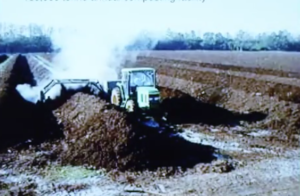 Although the cost of the equipment is high, these turners can be shared amongst several farmers and the investment is paid off within a few years because other costs go down. Using compost instead of raw manure saves money otherwise spent on additional chemical fertilizers, and results in higher yields. As well, cows that graze on these pastures are healthier and thus require less care and fewer pharmaceuticals. 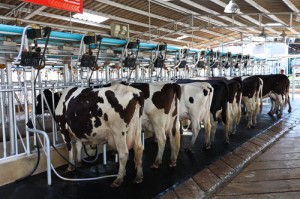 Unfortunately, most dairy farms in B.C., including in the Shuswap, are hooked on high tech, industrial-style production with far more cows per hectare that the land can sustainably accommodate. Cows spend day and night in computerized barns, which are automatically cleaned with scrapers. Straw or wood chip bedding is expensive, and is only used in the stalls. With no need for pasture on these dairy farms, all the land is used primarily to grow either grass and legume forage crops or corn for hay and silage, which produces the rich feed needed to maximize milk production.

Given the number of cows per acre allowed in local dairy farms, it would be financially prohibitive to convert to composting. There are 2 cows per acre at the farm identified as the major source of nitrate pollution in Hullcar, more than double the number recommended for organic dairies. Many of the new dairy farmers in the Shuswap have moved here from the Fraser Valley where the increase in groundwater pollution has resulted in tighter regulations. 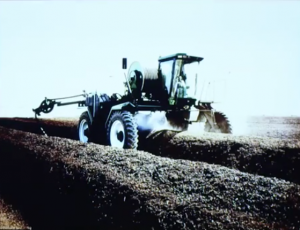 As is often the case with many types of industries, it is difficult to create change in farming techniques. Universities and governments often promote the conventional methods and farmers are reluctant to try new, improved practices that focus on maintaining healthy soil. Meanwhile, conventional farming methods are degrading soils worldwide, by lowering the organic components and making the farms dependent upon chemical fertilizers and harmful pesticides.

If the provincial government was serious about improving the quality of both groundwater and surface water, it would have to revise the rules that control the number of cows per acre and tighten the rules regarding nutrient management. As long as industrial dairy farming remains the norm, it will be unlikely that practices will improve except for organic operations that require grazing on pastures.

I had originally titled this article, “Win-win solutions for agricultural pollution,” but after learning more about industrial dairy farming I quickly realized that there are two many challenges to making improvements to how dairies operate. Here is how I ended my first draft:

It boggles the mind why large scale composting has not become the norm in British Columbia, as it is certainly catching on elsewhere. One U.S. company that makes the turners has sales offices throughout Canada except in our province. In Australia, there are now 275 dairy farms using composting and the results have been overwhelmingly positive. One photo shows a fence line with a healthy compost treated pasture with 5-inch tall grass that has been grazed five times, while on the other side of the fence there are bare patches and the grass is only a few inches high in the conventional pasture that was only grazed once.

The first step to improve the quality of both groundwater and surface water in the Shuswap and elsewhere would be to develop a large-scale pilot composting project for at least one dairy farm. Once the farmers see the benefits of composting, they may indeed be more willing to give up polluting their fields and the watershed with raw manure and embrace composting and thus increase their profits. This would be a win-win solution for us all.