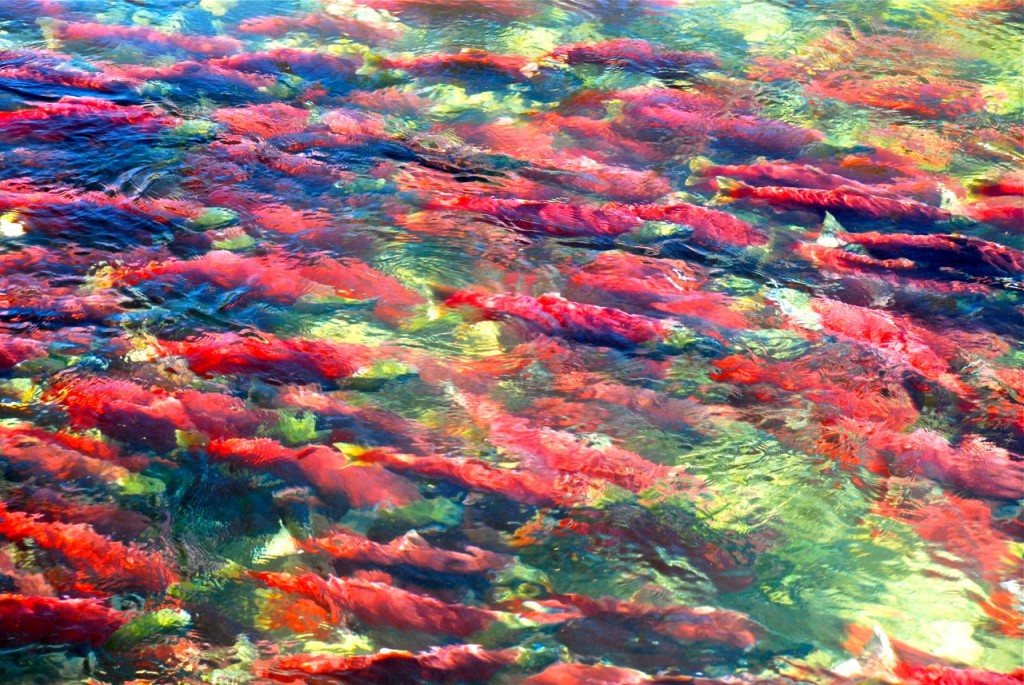 The Fraser Basin Council recently released a comprehensive report that analyzes the condition of the local salmon habitat management area. Given that the Shuswap Lakes region is considered to be the “most socially, economically and ecologically important” large aquatic ecosystem in the province, high quality resource management should be required, yet the report indicates that problems abound. 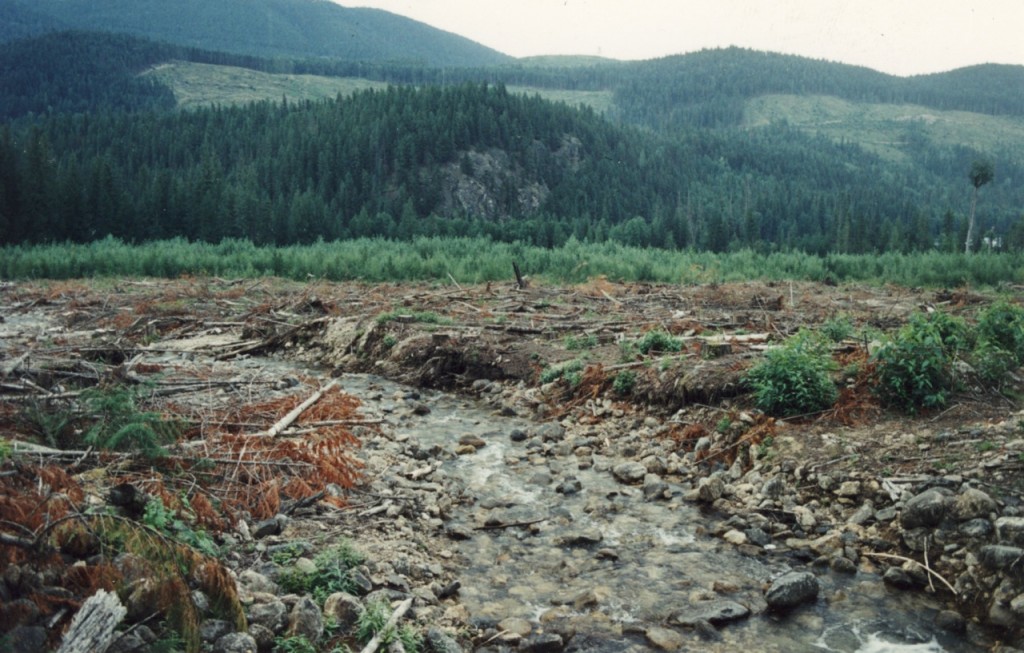 Prior to the 1990s when forestry rules were strengthened, companies often clearcut to the edged of streams, like this one at Humamilt Lake.

After many decades of intensive resource use, including forestry, agricultural, dams and urban settlement, there have been significant detrimental impacts and the report provides many of the details. Despite numerous restoration efforts, the loss of habitat in some areas continues to be significant and yet the ability of government agencies to monitor conditions and enforce regulations has been diminished in recent years. 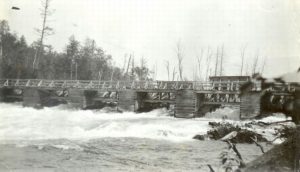 At one time the salmon run on the Upper Adams River was as large or even larger than the world famous run on the lower river. It was wiped out when the Adams River Logging Company built a splash dam just below Adams Lake that blocked passage to the spawning salmon.  The report describes how efforts to restock the river were initially successful, with a record return of 75,000 in the year 2000, but by 2014, the number had dropped to only 5,500. Enhancement efforts may continue in 2018. 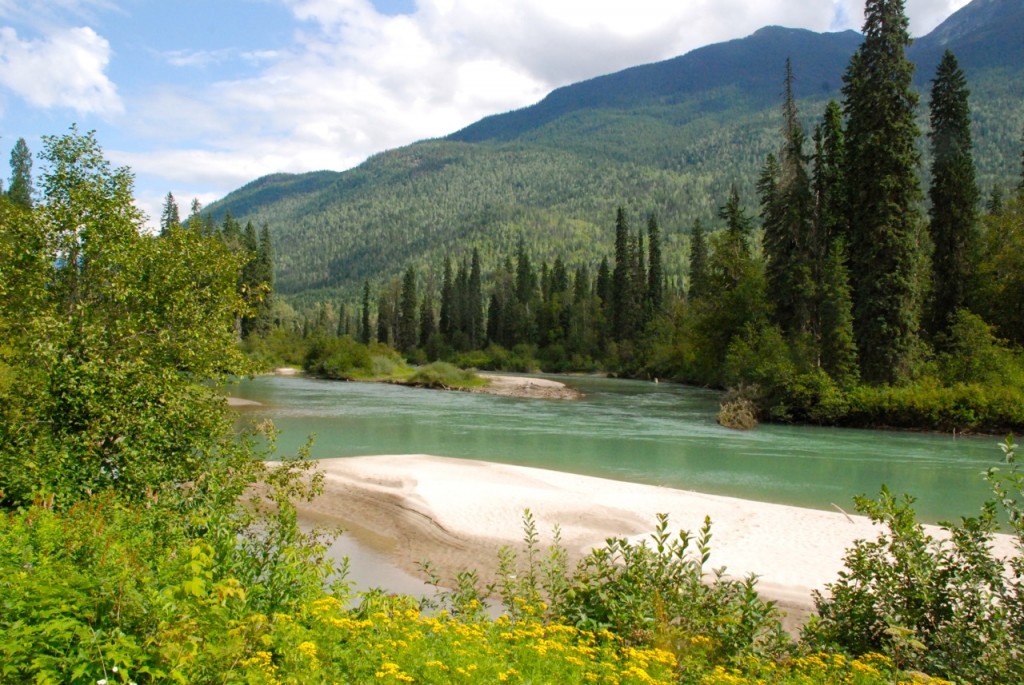 The Upper Adams River is about 50 km long, five times longer than the lower river

The report identifies forestry as the major cause of environmental disturbance to salmon habitat because it can significantly alter hydrological regimes. Clearcutting and road building changes the timing of peak flows in streams, increases slope instability and erosion and can result in sedimentation. Natural disturbances including wildfires, insects and diseases can add to these impacts. 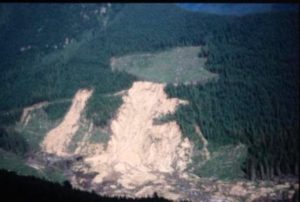 This massive slide above the Anstey River, caused by the clearcut above it, added sediment to the salmon stream for years

The key measurement statistic is called the “equivalent clearcut area (ECA)” and this is provided for every drainage area that includes salmon habitat. Once the ECA is above 20 percent due to logging, pests and fires, impacts can intensify. The source of this data was obtained through Watershed Assessment Procedures that were routinely done in the 1990s with government funding. Unfortunately, these assessments are no longer available due to the move to ‘results-based” in forest management that occurred in the last decade. 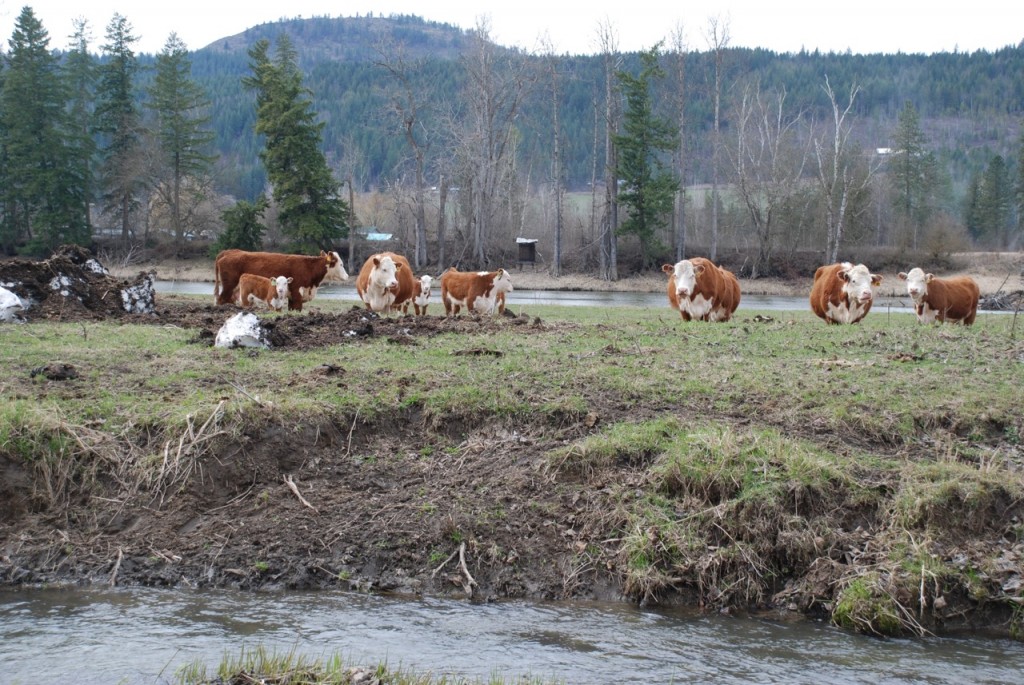 The second greatest impact on salmon habitat is from agriculture, which decreases streambank stability, increases erosion, increases stream temperatures, depletes water levels through irrigation and adds excess nutrients, which can reduce water quality. The report identifies the three drainages where agriculture has had the greatest impact, the Shuswap River, Salmon River and Eagle River. The vast majority of the phosphorus entering the watershed is attributable to agriculture and most of that comes from the estimated 62 dairy farms. 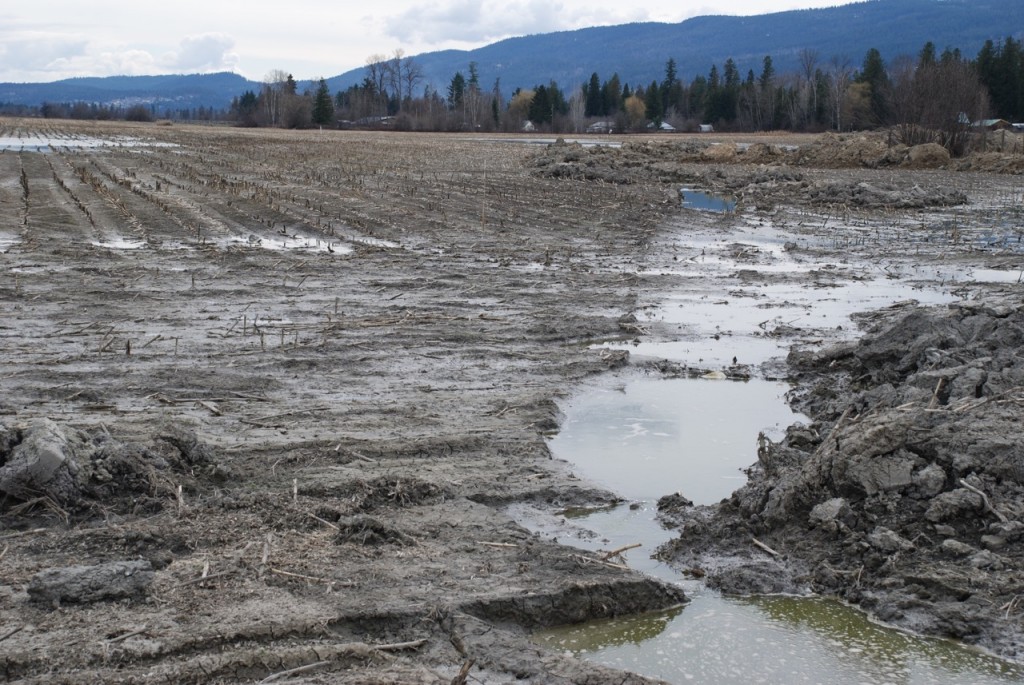 Other resources uses that can damage salmon habitat are identified that include urban development, highway construction, railway structures, recreation, toxic spills, mining and dams. Fortunately mining is not an issue in the Shuswap, however there are concerns about the proposed Ruddock Creek zinc mine in the Upper Adams drainage. 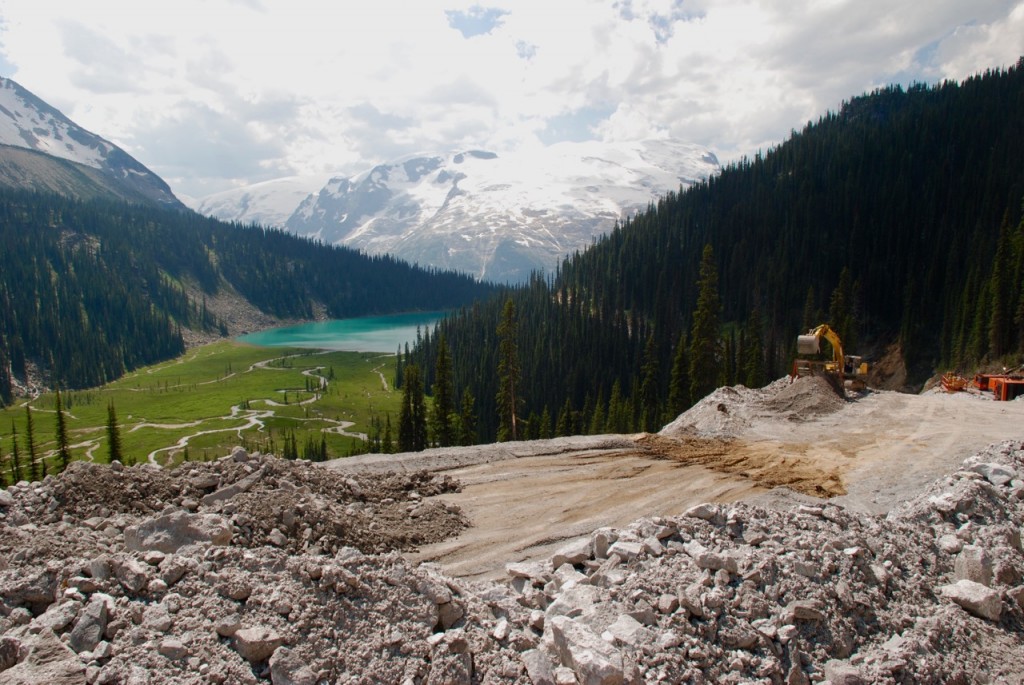 The major recreational impact is the damage done to wetlands from mud bogging and ATV misuse. 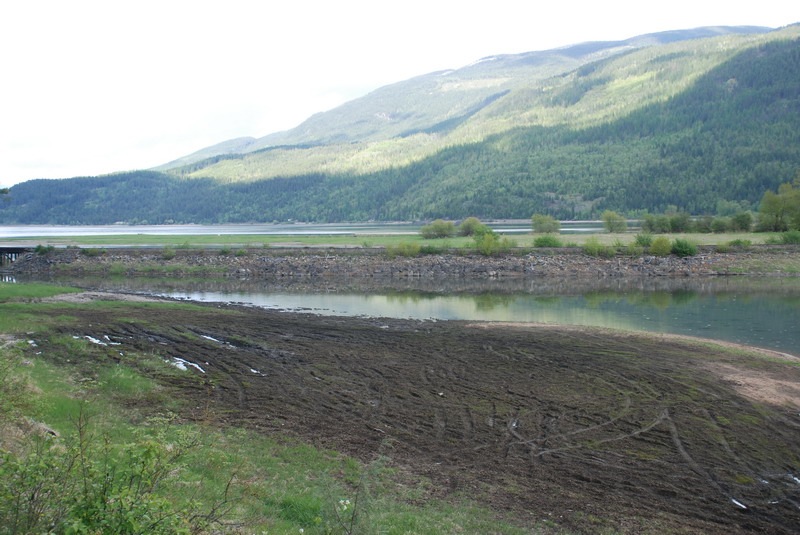 The Wilsey Dam near Lumby has blocked salmon access to prime habitat upstream since it was built in 1929 and efforts continue to convince BC Hydro to construct a fish ladder.

For every drainage there is a table of management strategies designed to protect fish habitat that include such activities as restoring riparian zones, promoting stream stewardship, control siltation, ensure water withdrawals do not create low summer flows, and encourage better enforcement of existing laws. Unfortunately, the status of many of these strategies is either unknown or incomplete. And given the federal and provincial government’s changes to forestry and fisheries management, the ability of staff to make improvements has been severely compromised. 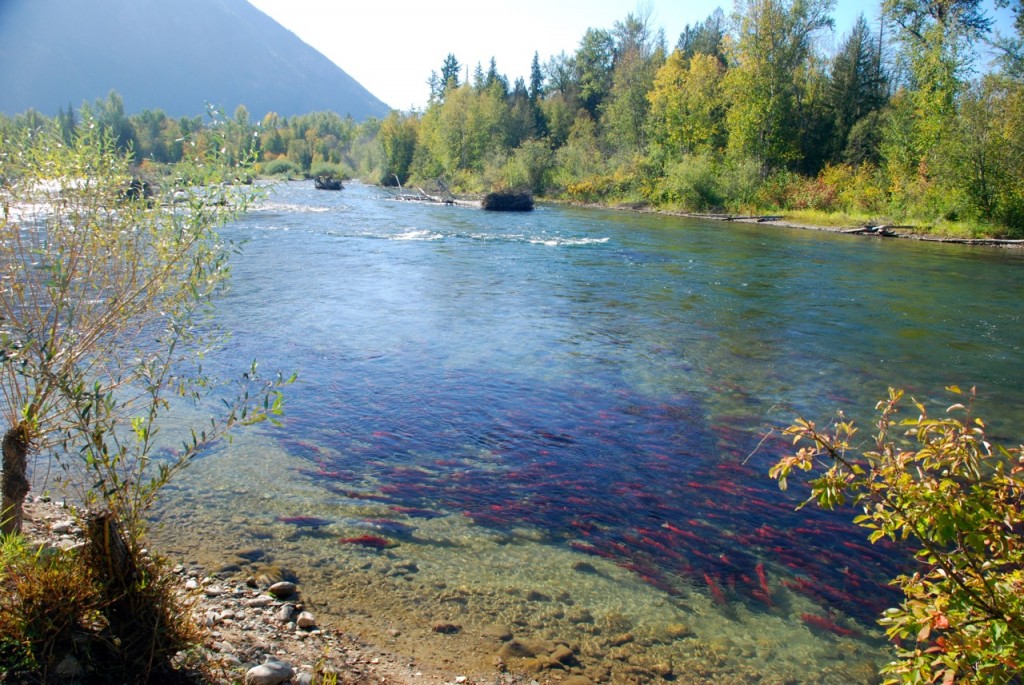 The 2010 salmon run on the Adams River was massive

While this report provides extensive details about the Shuswap Watershed and should be of interest to anyone wanting to learn more about our region, it does leave out some important information and analysis. Given that the report is an update to the 1997 study, it only provides the percentage of each watershed logged since that date, rather than the total. As well, there is no discussion of the role that climate change is likely to have on fish habitat, including more intense storms, droughts, fires and forest pests. 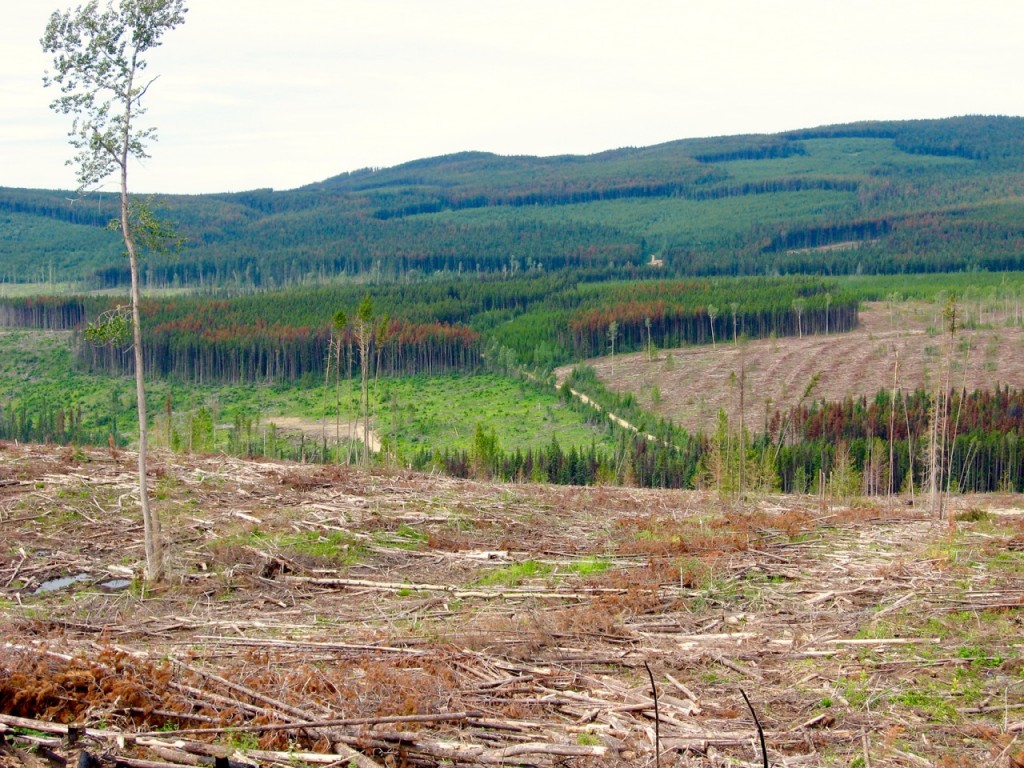 While there have been many impacts to fish habitat in the Shuswap watershed, the declining numbers are most likely due to the conditions in the ocean, including warming temperatures, lice and diseases from fish farms, and competition for food from Alaskan hatchery fish. As climate change intensifies, the future for salmon looks bleak, but their survival will become of less concern than the survival of another key species – humans!

You can access the report here: Strategic Review of Fisheries Resources for the South Thompson – Shuswap Habitat Management Area