The many benefits of community forests

Home » The many benefits of community forests 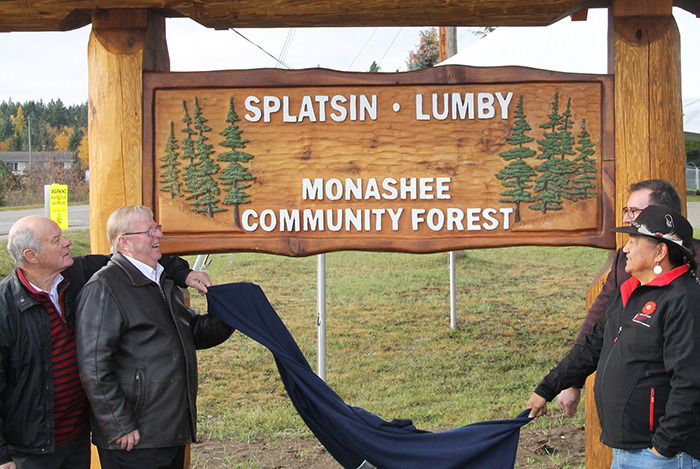 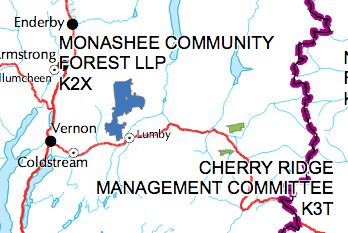 The Village of Lumby and the Splatsin manage the Monashee Community Forest jointly, with annual revenues of between $60,000 and $100,000 split 50-50. The land base, which was once part of Tolko’s tenure, is located between Lumby and Silver Star. One of the advantages of the tenure, is that managers can vary logging rates from the 21,595 annual allowable cut to account for low log prices or to deal with insect infestations.

The overall goal for the Monashee Community Forest is sustainability, so that they never run out of timber. To help achieve this goal, all roads and landings are rehabilitated and tree planting includes fertilizer treatments to improve growth rates. Logging activities are planned to ensure buffers are maintained around the extensive networks of mountain bike, motorbike and horse trails. As well, planning respects the need to protect archaeological sites and berry picking areas.

While revenues from the community forest will never replace the income generated from the former sawmills that at one time were the major economic driver for Lumby, the income does help the village support many initiatives. Lumby mayor and community forest board member, Kevin Acton explains how the village does not use the revenue for operating funds, but rather uses it for extras, such as the community’s social wellness fund, water stewardship and the local museum. 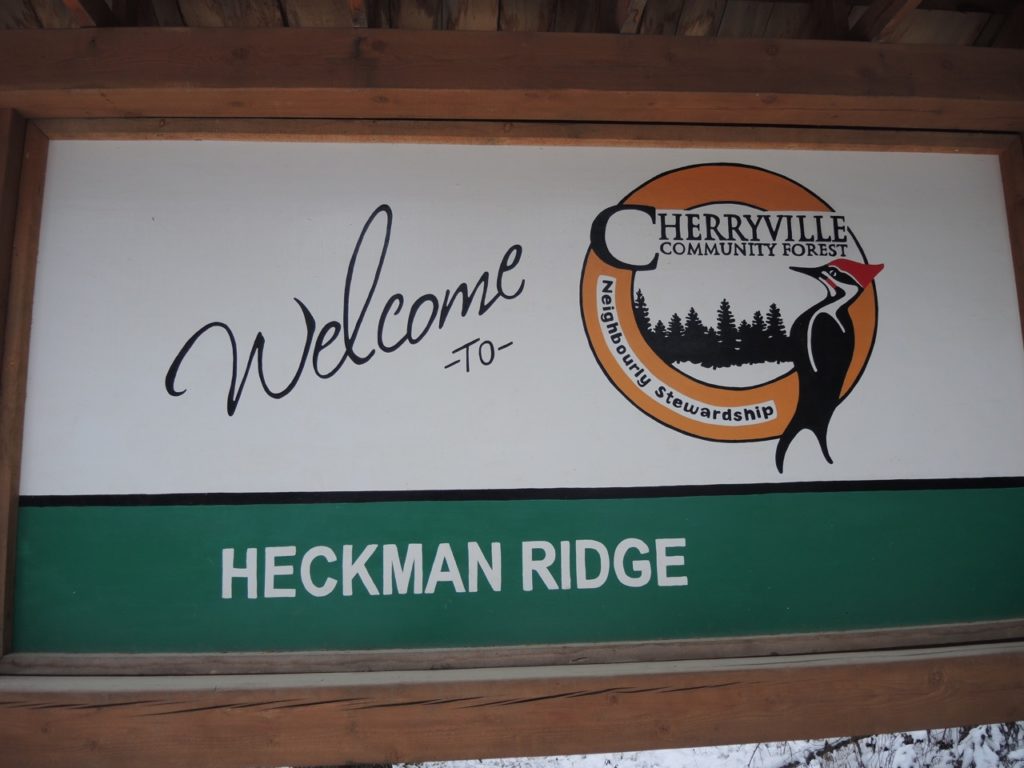 In Cherryville, the community forest is managed by the Cherry Ridge Management Committee and revenue is allocated to pay for materials used for community projects. The committee began as a group dedicated to the protection of the hillside above the community and to resist clearcutting, they obtained salvage permits to selectively log dead trees.

These are uncertain times for forestry in the province, with 34 partial or complete mill closures, declining lumber prices and far fewer trees to log due to beetles, fires and decades of overcutting. Community forests are one way to lessen the impacts and as Mayor Acton explained, to provide greater local benefits for local resources. Talks are underway to initiate more community forests in the Shuswap, near Enderby and in the North Shuswap. Hopefully, these discussions will bear fruit and more communities will benefit from our local forests. 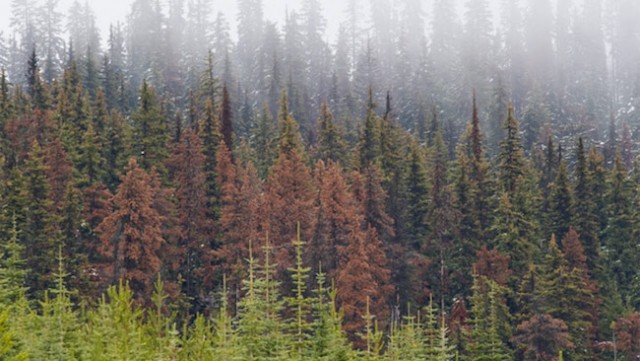 With climate change, insect pests have increased and are killing off millions of hectares of forests. While mountain pine beetle numbers have fallen after millions of acres of lodgepole pine trees have died, Douglas fir beetles are now increasing in numbers. Recent attacks near Lumby is resulting in logging to control the spread of the insects. 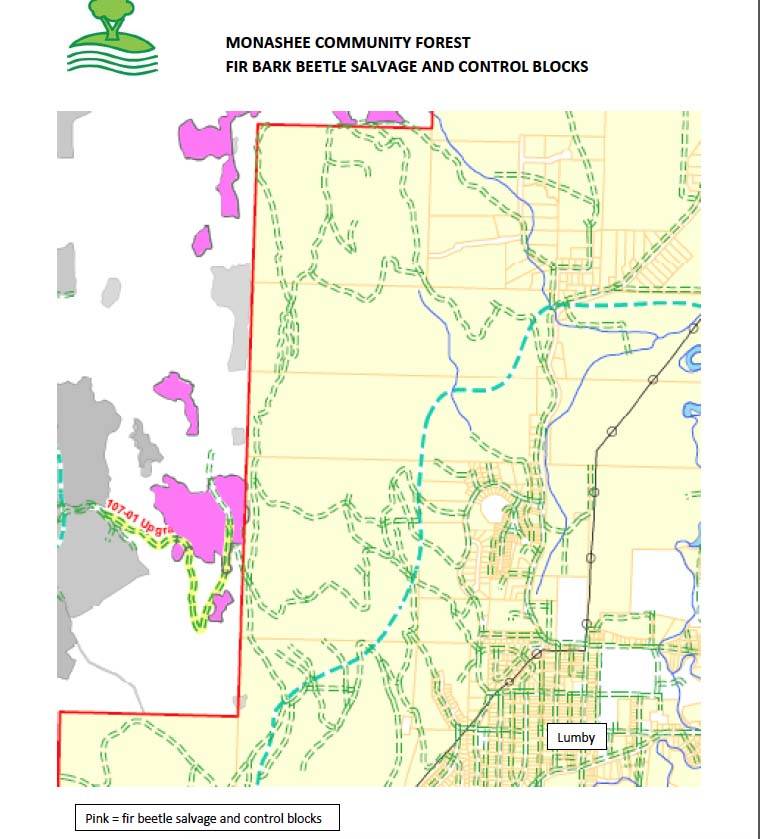 One of the best examples of communities benefiting from community forests is happening in Clearwater, where the Wells Gray Community Forest has contributed  over $3-million dollars to community projects since it formed in 2011. Additionally, the community has used the funds to double their income, as they have leveraged another $3-million from various levels of governments and other funders.

The Wells Gray Community Forest Corporation manages over 13,000 hectares of forest on a land base adjacent to the town of Clearwater. Typically, there are often conflicts between forestry and recreation, but for this community forest it is the opposite situation as it shares the same land base with the Wells Gray Outdoor Club. As a result of the collaborative working arrangement between the two groups, there has been a complete renovation of the Candle Creek cross-country ski trail network and the development of over 20 kilometres of single-track mountain bike trails.

The Candle Creek trail network has been established through a partnership agreement with Recreation Sites and Trail BC and has benefited greatly from over $200,000 in grants from the community forest. As well, the community forest corporation manages the area to ensure the trails are protected and it harvesting activities actually provide support to the trail network by enhancing access, using its equipment time to improve recreational features, achieving visual quality objectives and improving overall ecosystem health.

Roads have been improved, with re-design work, better road surfacing, improvements to drainage systems and using large boulders to prevent recreational vehicle access to the trails. heavy equipment used for building logging roads has also helped construct portions of the biking trails. Logging is timed to ensure recreational activities are not disturbed, as forestry activities are avoided during the winter skiing season.

Learn more about the close working arrangement between the community forest and outdoor recreation club in Clearwater from this article: Collaborative Planning of Forest Recreation Resources in Wells Gray, British Columbia.