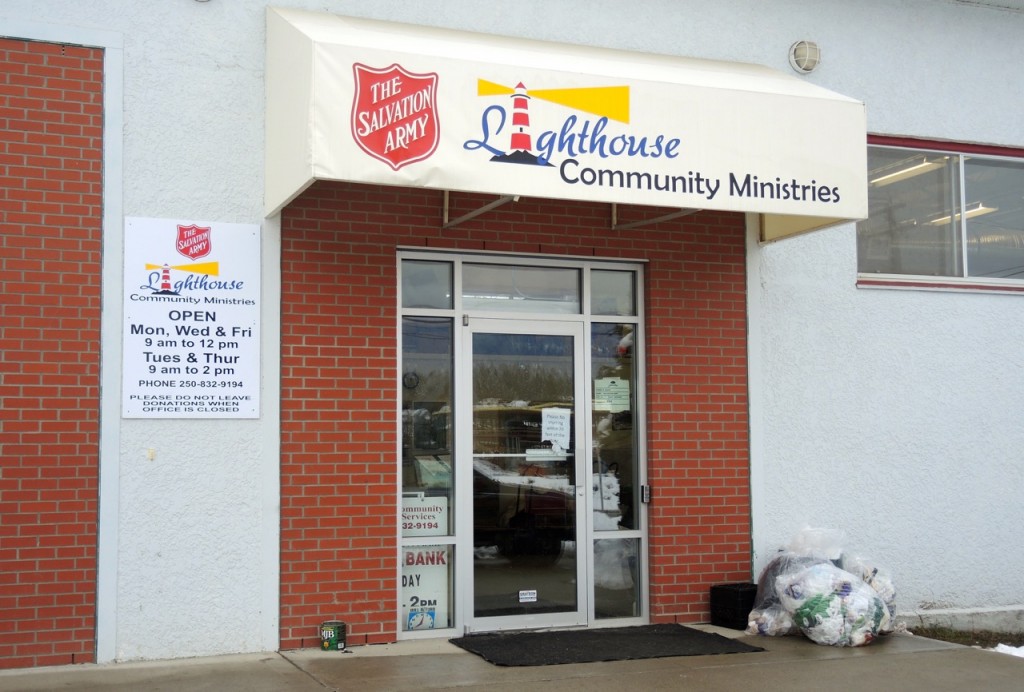 Recently our local CBC Radio West provided coverage of the new Oxfam report on income inequality that the 85 richest are nearly as wealthy as the poorest half of the world by interviewing two professors whose commentaries were anything but helpful. 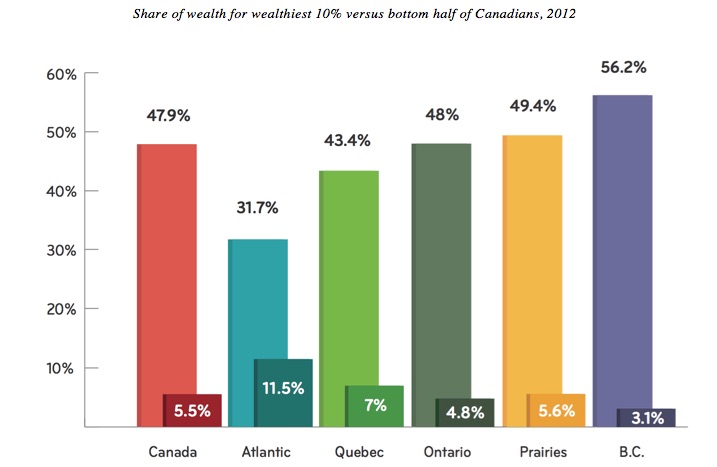 Inequality in B.C. appears to be the worst in Canada

One, an obvious apologist for the wealthy, claimed inequality was a result of higher share prices for some companies like those that make cell phones and thus was not a big deal and the other professor claimed that while inequality was real, the poor are doing better. Listening to these so-called experts was so irritating it prompted me to do some research and write this column.

As one can find few examples of extreme wealth in the Shuswap, other than the few ostentatious vacation homes on the lakeshores, it is necessary to examine the antithesis of wealth, which is poverty. Many of the same factors that allow the wealthy to amass yet more wealth, also contribute to fostering greater poverty. Chief among these are government policies that direct tax dollars into corporate subsidies instead of social programs, minimize assistance to the poor and create a tax structure that is steadily becoming less progressive as user fees increase and the taxes paid by the corporations and the wealthy decrease. 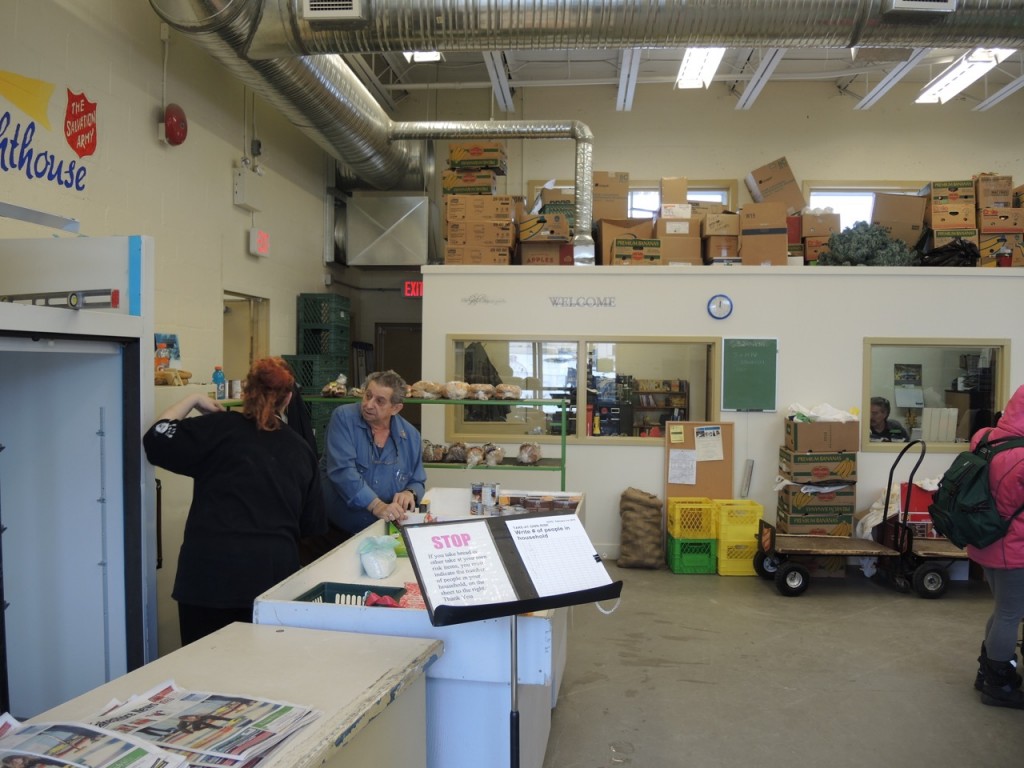 By noon, most people have picked up their food for the day, but there is still work to be done by these Salvation Army volunteers

The most obvious way to gauge the level of poverty in the Shuswap is to look at the food banks. For context, it is important to understand that the first food bank in Canada was not established until 1981, a direct result of the recession then and the resulting government cutbacks which put the pressure of aiding the poor upon local community organizations. In B.C. the numbers of people using food banks has increased by 24.7 percent since 2008, and nearly 30.8 percent are children. 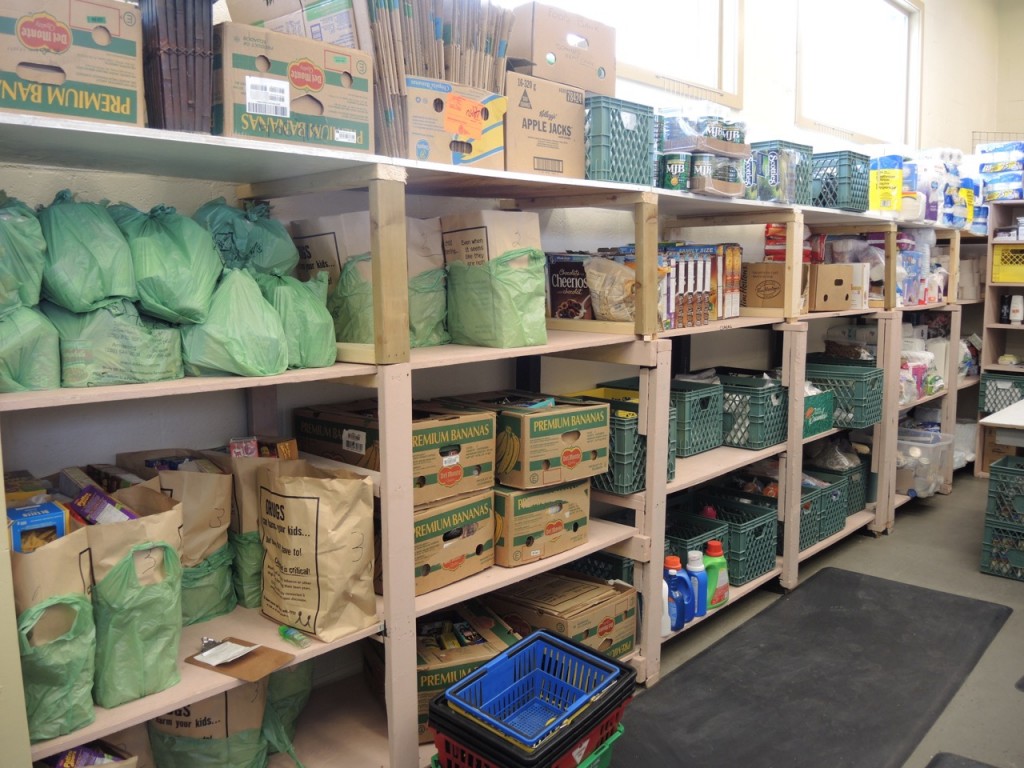 Fortunately, the shelves are fairly full at the Salvation Army food bank, and these bags are ready to be distributed for the next day

In Salmon Arm the primary food bank is run by the Salvation Army and is open five days a week. Its manager, David Byers, reports that the need for dietary help has doubled in the last four years. To provide a perspective of the factors behind the increase, David keeps track of who is requiring help. The largest group, 58 percent, is either on income assistance or receives disability payments. The next largest group, which has been on the increase, is the 16 percent who are underemployed, meaning they work for minimum wage and often simply part-time. The other groups are split between those on fixed incomes, those who are self-employed and those that receive other types of government assistance. 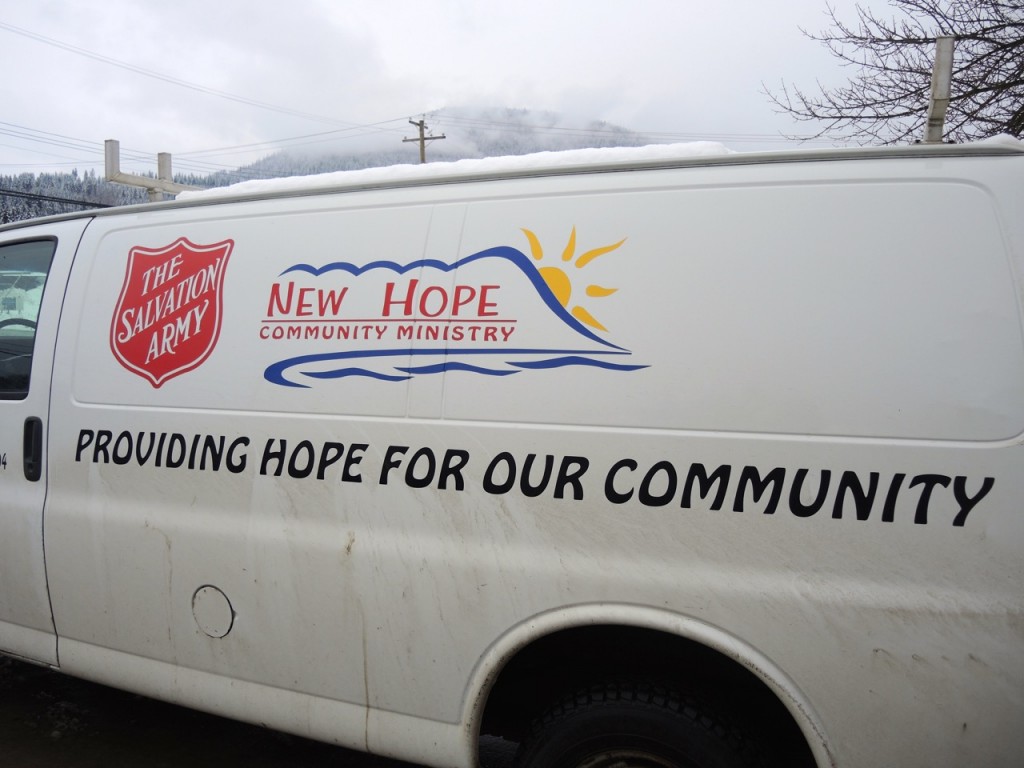 As government programs are not adequate, those less fortunate must rely on charities like the Salvation Army

Salmon Arm’s other food bank, Second Harvest, is managed by a group of churches through Neighbourlink Shuswap. When they began in 2001 there were about 130 people per week receiving help and now the number is fairly steady at 200 per week, and over half receive disability assistance. 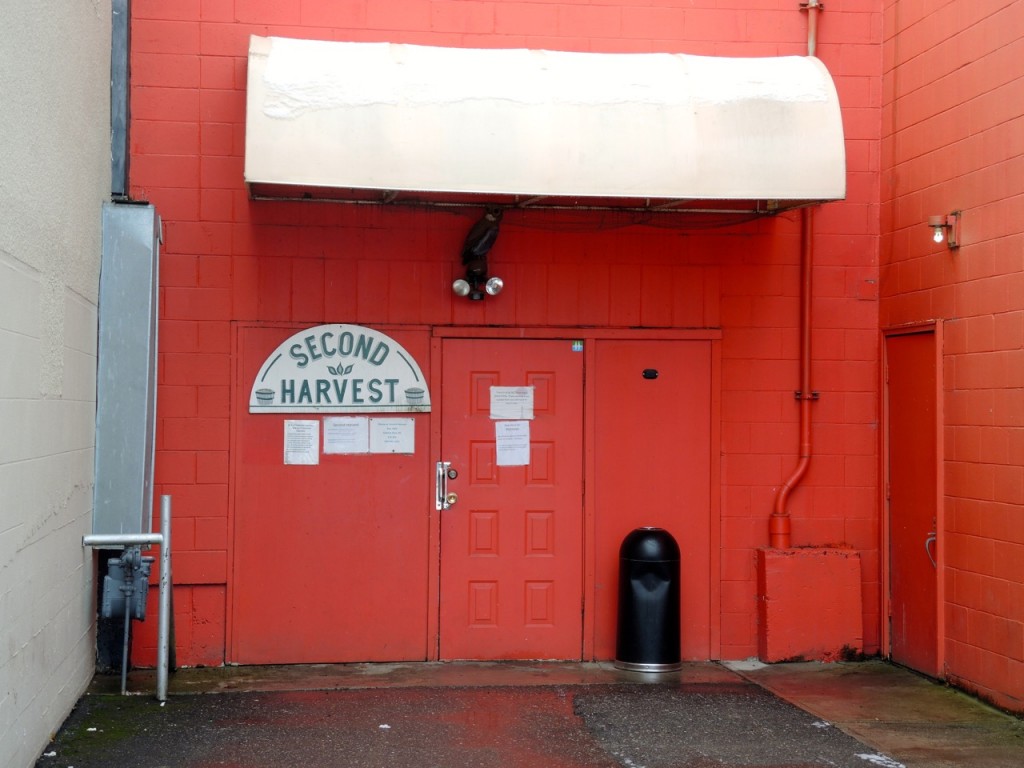 Quiet now, but this is a busy place when it opens on Wednesdays and Fridays.

Volunteer Diana Mangold blames this need for dietary help on the high price of living here, especially the lack of affordable housing. She adds that because the government denies assistance to those who are trying to eke out a living by finding ‘some’ work exacerbates the problems.  Adding to the woes is the observation that wealthy neighbourhoods are less generous than the poorer ones for making donations, because she believes that well-off people cannot relate to the issues of need. 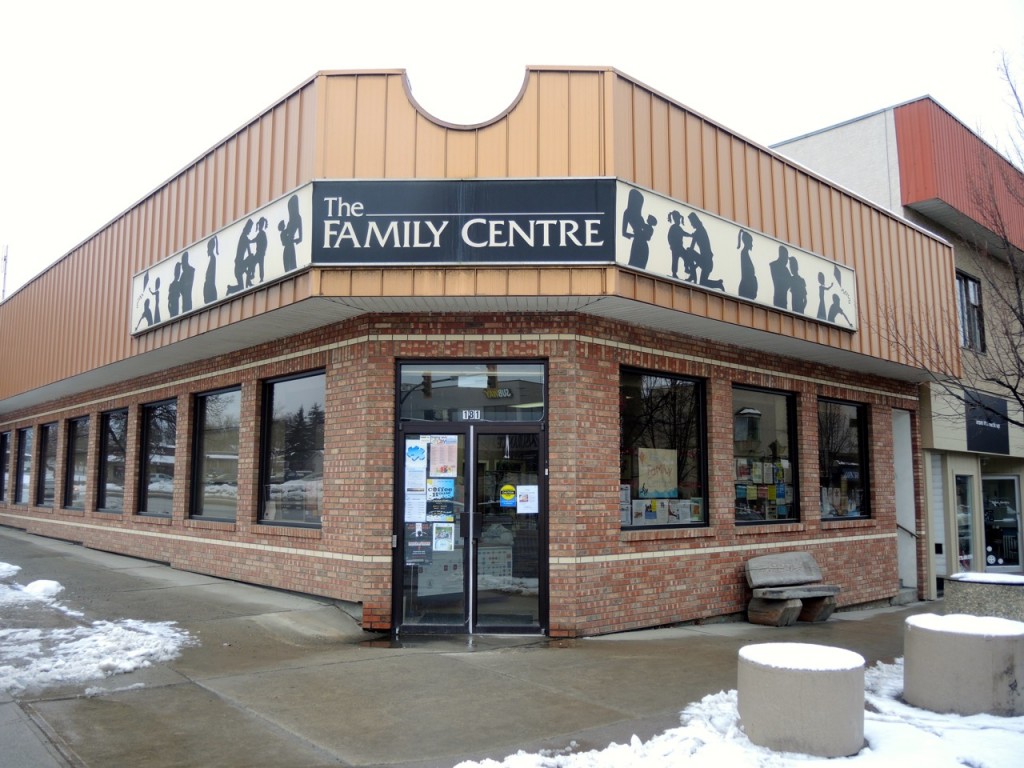 With its limited budget, this resource centre provides much needed help to those who require assistance with many different issues, including hunger

Shuswap Family Resource Centre executive director Patricia Thurston reports that food security is high on their list of concerns in their efforts to provide help for approximately 12,000 people throughout the region. In just one year, the number of people requiring assistance increased by 11 percent. They are only able to provide food boxes for one quarter of the people that arrive daily in need of food, and some have been directed to their office by the B.C. government ministries that are supposed to be there to help.

Another indicator of poverty in the Shuswap is the effort made in local schools to provide dietary assistance for children who arrive hungry. Most of the schools in the district run a breakfast program that at the minimum includes granola, fruit and yogurt thanks in part to funding provided by the Rotary Club. Some schools also provide a lunch program. The number of students in each school requiring help varies day by day from 5 to 25 and in some cases could be a result of parents too busy or too rushed to provide breakfast. Over the last five years, the need has increased and as the Director of Student Services Morag Asquith explained, the priorities have shifted from math, reading and writing to wellness and healthy food and lifestyles.

In my next column, I will examine some of the reasons for the local rise in poverty, including the inadequacy of government services and unemployment. As well, I will provide more information about other efforts underway to address the problems.