When music gets classy – the Shuswap String Orchestra

Home » When music gets classy – the Shuswap String Orchestra 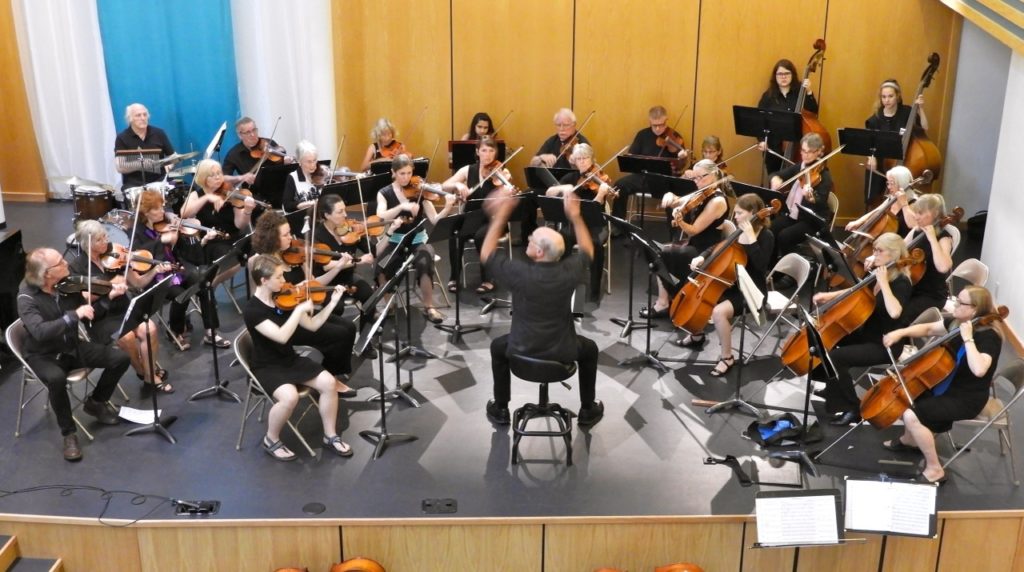 The giant treble clef public artwork that will soon adorn the front of Shuswap Park Mall is totally fitting, given the huge role that music plays in our community. A good example is the successful Shuswap String Orchestra that has been entertaining audiences since it formed 17 years ago with quality live music that is not often available in much larger communities than ours.

The orchestra began as an initiative of the school music program under the leadership of Gordon Waters, at the urging of parents of students who played string instruments. As adult musicians joined the group it became a community orchestra with 35-40 players ranging in age from 11 to 80 years old and the quality kept improving.

In the early years, the orchestra performed primarily in schools, with some concerts in the community. After 11 years, the School District discontinued its funding but the group wanted to keep playing so they formed a non-profit society and were able to receive a grant from the Shuswap Community Foundation that helped facilitate the transition. 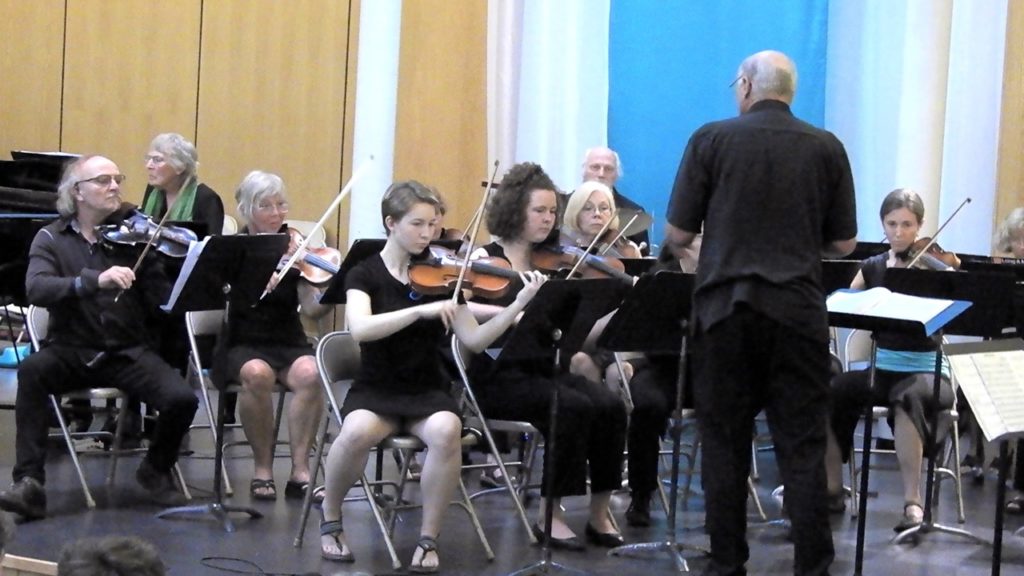 During the last season, there were 30 players ranging in age from 13 to 76. They practice every Wednesday and play at least three concerts a year. Their music includes a diversity of genres, including classics, jazz, Latin tunes and music from Broadway shows. Their repertoire also includes original music written by one of their members, Don Metz.

Cello player Geoff Benson has been with the orchestra for nearly ten years and over these years, he reports that they have learned nearly 250 pieces. He is impressed with the progress and credits much of the success to the high standards imposed by their director, Gordon Waters. It is no wonder that the orchestra continues to receive a “gold” standard at the Shuswap Music Festival, and the group received a well-deserved standing ovation at its spring concert in June. 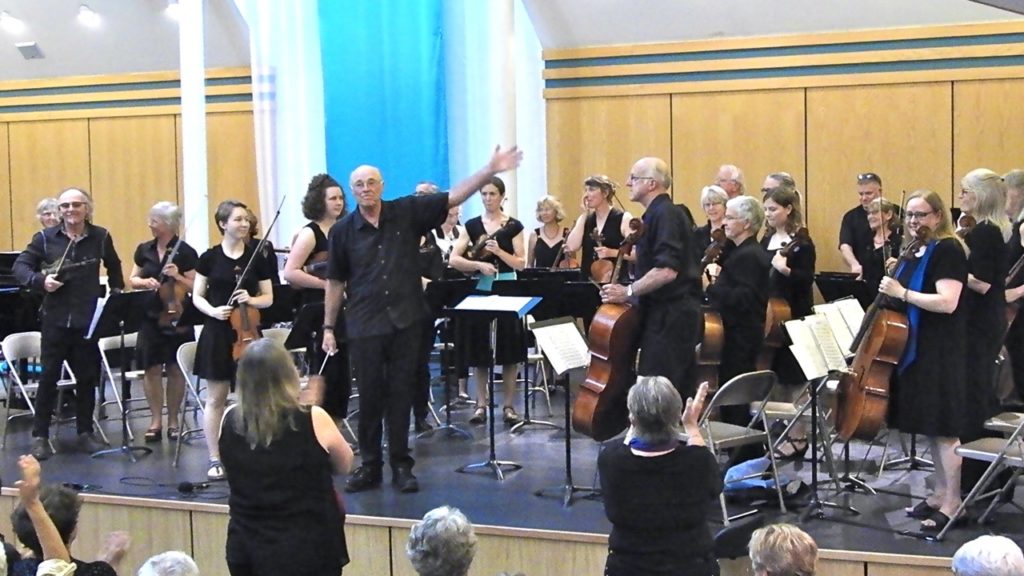 After an eight-year hiatus, Gordon Waters was most pleased to return as director and conductor in 2017. He explained how the players suggest many of the pieces that they play, including contemporary classical music and that the group continues to improve their skills thanks in part to workshops led by professional musicians, some from the Okanagan Symphony Orchestra. The popularity of the orchestra continues to increase as players are now coming from as far away as Vernon and there is room for more, with the group open to anyone who has been playing for at least a few years. 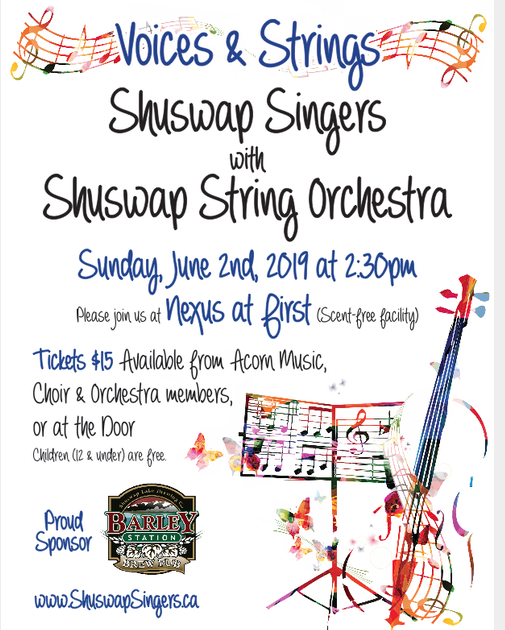 It really is extraordinary that our small community has enough skilled classical musicians to host our own orchestra. Of course, this would not be possible if not for the leadership and expertise of local music teachers, especially Gordon Waters. Credit also goes to the local music store, Acorn Music and its staff of talented music teachers.

On Wednesday, March 13, 2019, the orchestra performed at the Salmon Arm Secondary’s Sullivan Campus theatre, playing a collection of short pieces from various genres transcribed for a string arrangement.