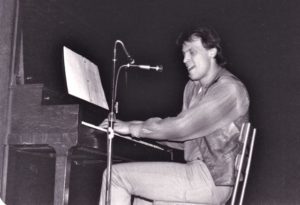 Although the Shuswap Coffee House music festival was a washout, it did not dampen the enthusiasm for events during the remainder of 1980 and throughout 1981. A team of volunteer directors that included myself as president, Jake Jacobson as treasurer, Dale Bush as vice-president and Linda Tanaka as publicity director sponsored 17 events in 1980 alone. A major change occurred that year, as the Shuswap Theatre purchased its current venue, a former auto repair shop. And in October we held the final event in Tappen, dubbed “The Last Tango in Tappen,” that featured singer-songwriter extraordinaire, Dan Rubin, who played  a variety of instruments including the piano, guitar, violin, and bouzouki.

Also in 1980, the Shuswap Coffee House linked up with the Northern Music Circuit, a new society that sponsored travelling musicians and provided opportunities for them to play at venues throughout the province. In October, Doug Rawn attended a Circuit meeting and Coffee House Workshop in Quesnel as our representative. In his report he explained how our society was considered a “model” within the new Circuit of 12 interior coffee houses, due largely to our many volunteers and to our very appreciative audiences. The Circuit meeting made plans for talent contests in 1981, with local winners going to Quesnel to audition for a spot at the Vancouver Folk Festival.

With the loss of the Tappen theatre, the Shuswap Coffee House carried on at a variety of venues, including the new theatre, the Youth Centre, the Gleneden Hall, other smaller community halls and even at the Shuswap Motor Hotel lounge. In December of 1980, the Coffee House held a benefit at the Gleneden Hall to raise funds for the renovation of the new theatre building. 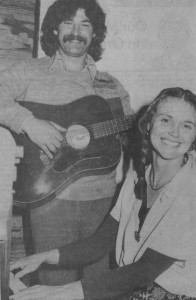 The talent contest was held in March 1981 and there were three judges, Ron Anderson from Big K Records, Gerry Irving from CKXR radio and Marg Shand from the Observer. Out of some stiff competition from a number of local artists, they chose two winners, the duo of Dave Allan and Jude Lee (Bastien) and Deborah Klein. In Quesnel, Klein managed to place second, just missing the opportunity to play in Vancouver.

In addition to doing the publicity, Linda Tanaka took over the task of booking the performers in 1981. It was a remarkable year that included some fabulous shows, such as the sold-out, Barde concert at the JL Jackson school auditorium with over 300 in attendance, the Tannahill Weavers (who played in the Vernon Recreation Centre), Ian Tambyln, Dougie McClean, comic singer Mike Absalom, and the scintillating music of the Andes group, Sukay. 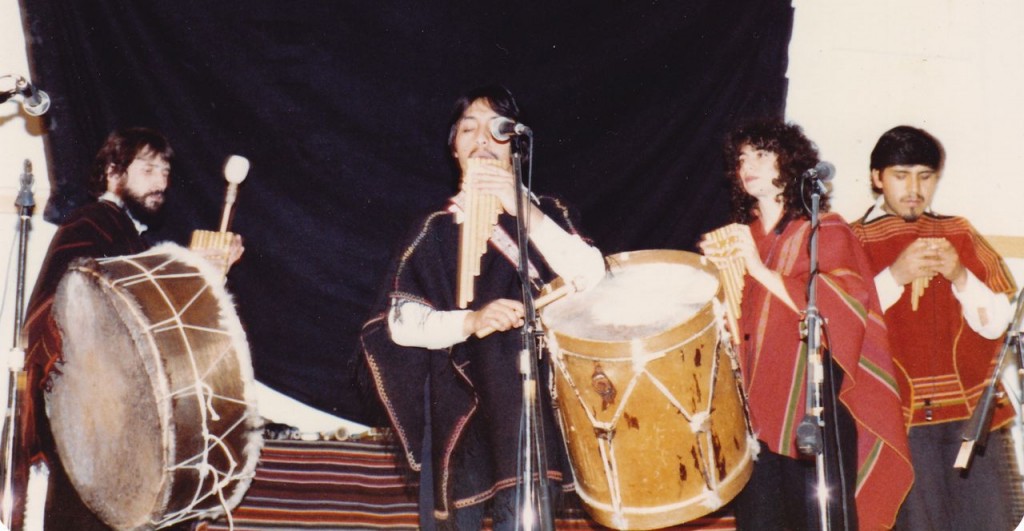 Early in 1981, it became apparent that there was a need for a piano for both the theatre and for the Coffee House. A quality, used upright piano was purchased and a unique fund raising scheme was set-up to pay for it. Each of the 88 piano keys were symbolically purchased for $20 by many generous individuals, businesses and organizations, including the Kinsman, CKXR, the Credit Union, the Arts Council and the Legion. The piano is still in tune and still in use at Shuswap Theatre, where it continues to be used for plays and other events. And as such, is one of the enduring legacies of the Shuswap Coffee House days. 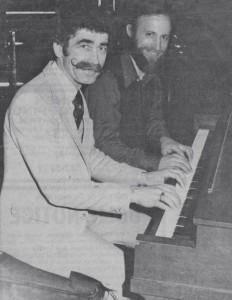 By 1982, some of the enthusiasm and volunteer energy for the Coffee House began to wane. A line of credit allowed the group to continue until the Arts Council provided a grant to help balance the books.  The May newsletter announced a number of popular groups that were returning, including Stringband and Pied Pear (for their fourth engagement). In June, when a celtic band from Kelowna played at the Legion Hall, the turnout was low and that was the beginning of the end for the Coffee House.

As the audience numbers dwindled, so did the number of events. In January 1983, Armstrong musician, Roman Royko, performed before a small, but appreciative audience at Shuswap Theatre. As my time became needed more back at Lee Creek, where I was completing the construction of our log home, no other volunteers emerged to help Linda Tanaka with all the work needed to produce Coffee Houses. 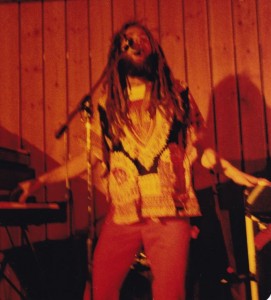 The last event, a reggae band at the Gleneden Hall in the early summer, was a huge success and a fun way to end the Shuswap Coffee House era. 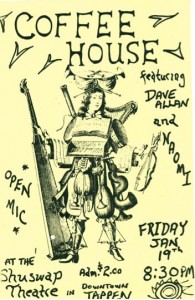 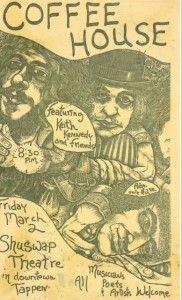 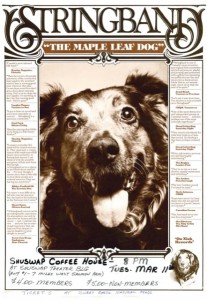 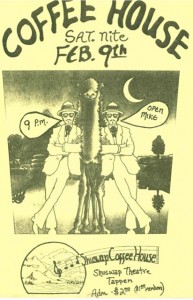 With the demise of the Shuswap Coffee House, Linda Tanaka carried on producing a few concerts and dances at a variety of venues with the cooperation of the Shuswap Film Society and the Salmon Arm Arts Council. Sometime in the late 1980’s, the Salmon Arm Folk Music Society (SAFMS) was created and was incorporated in 1991. They produced many more shows, including some at the Salmar Classic Movie Theatre and some in Vernon. In October 1992, SAFMS produced the first Roots and Blues Festival, at the Gleneden Hall with five groups; The Shuffle Demons, Russell Jackson, Ken Hamm, Michael Coleman, and Bluesman Willie and the South Street Runners.

SAFMS continued to produce shows throughout the year in addition to the festival until a few years ago. Although there are now very few concerts by traveling performers in the Shuswap, in between Roots and Blues Festivals, the Shuswap is still filled with plenty of music. The student music festival is held yearly and attracts a large audience. Coffee Houses are held in community halls throughout the Shuswap where an increasing number of very talented local performers play both original tunes and cover tunes. (see Shuswap coffee house magic). Plus the Gallery Jazz Concerts which often feature artists from throughout Canada, in the Salmon Arm Art Gallery, is a huge success.