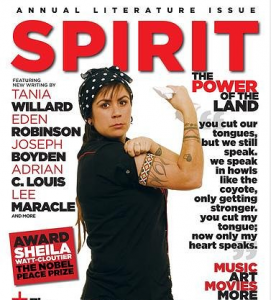 Tania Willard on the cover of Spirit magazine

Sometimes it takes a trip to Vancouver to learn something new about where you live. One of the goals of our recent visit to the big city was to attend a show of historical photos at Presentation House Gallery in North Vancouver. In addition to collecting art including many of Charles Collings’ watercolours, Uno Langmann had over the years amassed a remarkable collection of original photographs from British Columbia and he recently donated all 18,000 of them to the UBC Library. We chose to view many of these prints on the evening he gave a talk about the collection. 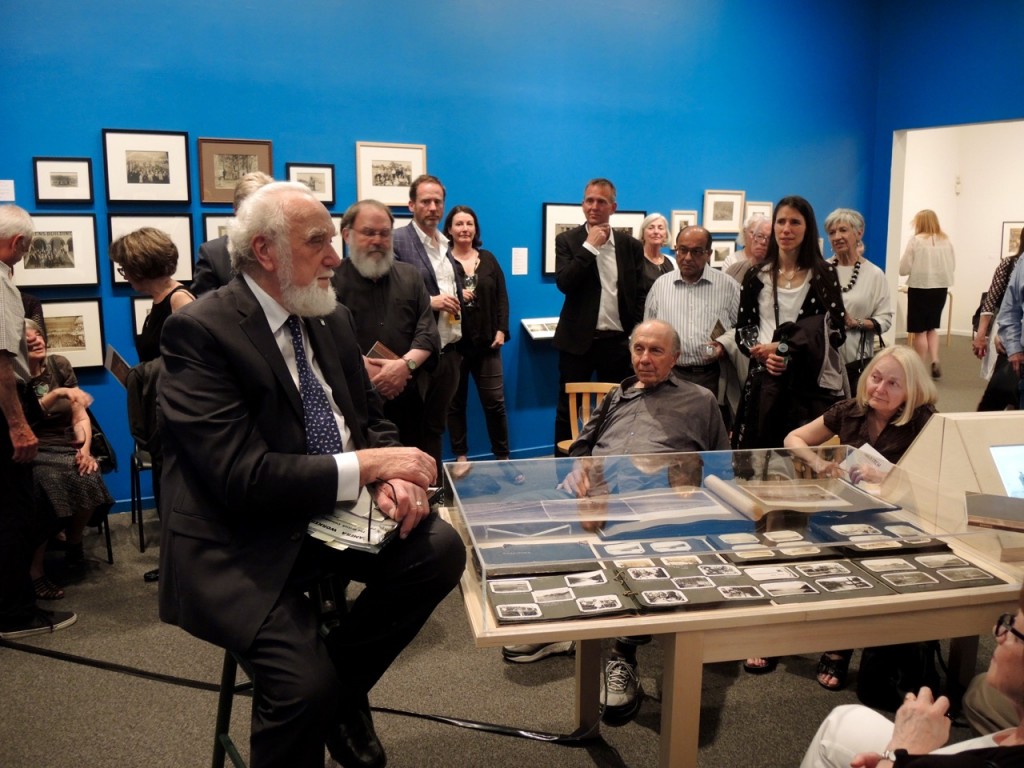 In the book that was produced for the show, it was most interesting to read the chapter by Neskonlith artist and curator, Tania Willard, who explained how these images helped to perpetuate the goals of colonialism that included the diminishment of B.C.’s Aboriginal peoples. During our brief visit, we also toured the Museum of Anthropology where there is an amazing art exhibit, Unceded Territories, by Coast Salish artist Lawrence Paul Yuxweluptun. 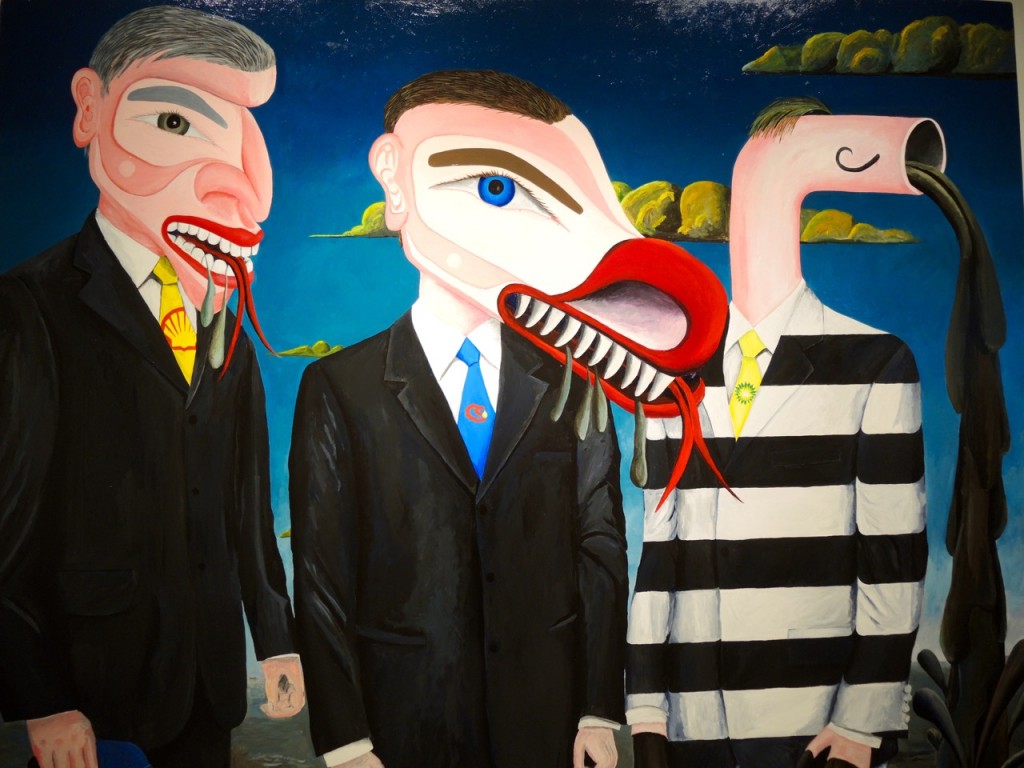 His large paintings combine surrealism with traditional West Coast designs to challenge viewers about the many injustices of colonialism, ongoing environmental destruction, escalating corporate domination and growing importance of First Nation titles and rights. When I read that the co-author of the book about the exhibit was Tania Willard, I endeavored to meet her. 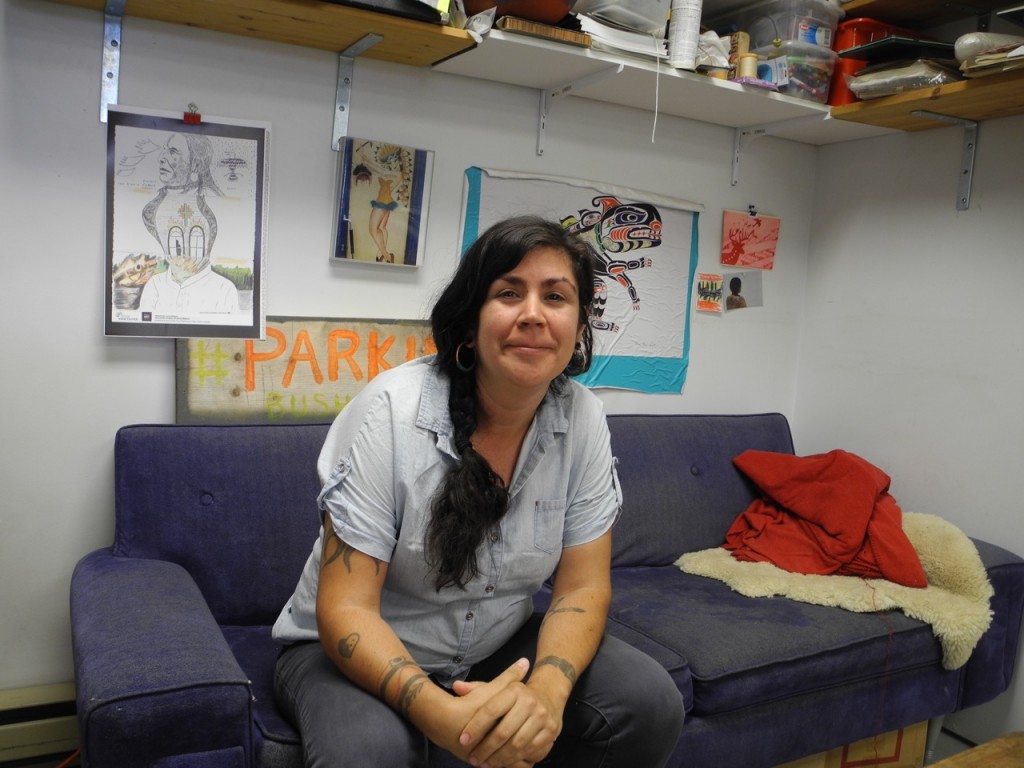 Tania Willard in her studio

Recently I dropped by Tania’s studio in Chase to learn more about her work and her background. She kindly took time away from her very busy schedule to be interviewed for this column. Tania has deep roots in the Shuswap. Her father is related to a well-known Indigenous activist, William Pierrish and her grandfather was the distinguished elder, Ike Willard, who provided Secwepemc legends for the book Shuswap Stories. Her mother grew up in Scotch Creek on her parents Herb and Edith Roane’s ranch, “The Lazy R.”

Tania went to public school in Armstrong and began her undergraduate work at Okanagan College University in Kelowna. After obtaining a degree in fine arts from the University of Victoria, she followed an activist path that began with her work with the Redwire Youth Media Society. For the next seven years she worked with the edgy, activist publication, Red Wire as a designer and editor. 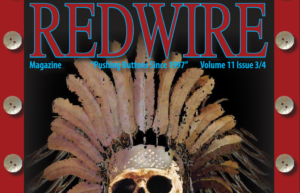 After Tania curated the show entitled Beat Nation: Art, Hip-Hop and Aboriginal Culture for the artist-run grunt gallery that was shown across Canada as well as in the Vancouver Art Gallery, demand for her work soared. Beat Nation combined traditional Indigenous culture with contemporary music and digital technology to create vibrant, innovative art forms that appeal to young people. When asked for a magazine interview why Aboriginal art has become so relevant and popular, Tania replied, “I would hope that maybe the wider society around us is ready to start looking at ways of unraveling and remaking and remixing the histories of racism and oppression in this country…this huge expanse of distinct Indigenous territories.” 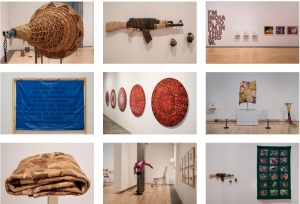 Most recently, Tania served as curator-in-residence at the Kamloops Art Gallery where she produced two shows, unlimited edition and Custom Made. The catalogue for the first show includes an essay that “explores how Indigenous artists negotiated the integration of their prints in the tourist trade, gallery world and art market from the 1940s to the early 2000s.” The Custom Made show brought together artists who combine traditional craftwork in a contemporary and transformative context. 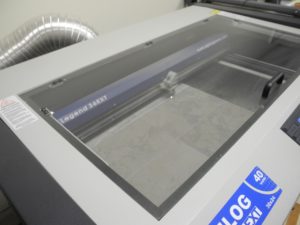 As we chatted, behind us a large electronic laser machine was busily engraving a portion of Tania’s design into one of the many tiles for a public art project that will be installed at the Main and Commercial Skytrain station this year. This massive project entitled Rule of the Trees, combines Indigenous and diverse languages with the growth rings and roots from a slice of a giant old growth tree in two, 18-foot diameter circles and painted steel supports.

In addition to her very demanding schedule producing artwork and curating shows, Tania and her partner, Kevin Adam, have nearly finished their new log home near Neskonlith Lake, where they are also growing organic garlic. Their two sons attend Chief Atahm School where they are learning Secwepemcstin. Next year as part of Canada’s 150th anniversary, Tania will be helping curate a large-scale project that will explore how we can see the future while addressing over a century of injustices. And as if she is not busy enough already, Tania also plans to return to university to obtain a Masters degree in Interdisciplinary Studies.

There was only room in the newspaper column to describe a few of Tania’s project. While I just learned about her work, it is well known by some local artists. She has done design work for the Caravan Farm Theatre 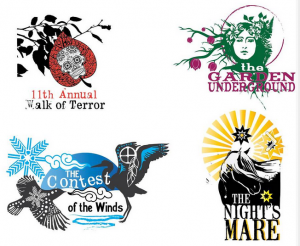 and for Runaway Moon Theatre. 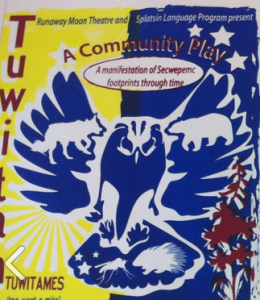 She has designed CD covers and book covers. 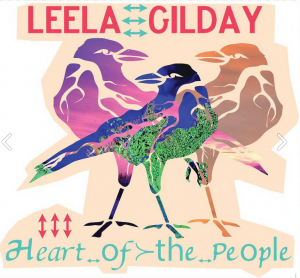 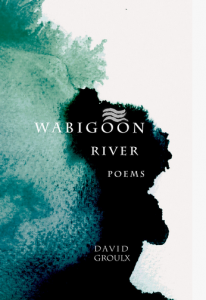 Near her home, she often sets up installations at what she calls the Bush Gallery

And if you are in Kelowna, you can visit the latest show that she is curating at the Kelowna Art Gallery, Work to Rule by Krista Belle Stewart, which is on until July 3rd. 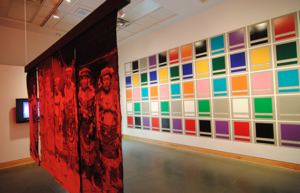