Where farming is a way of life

Home » Where farming is a way of life 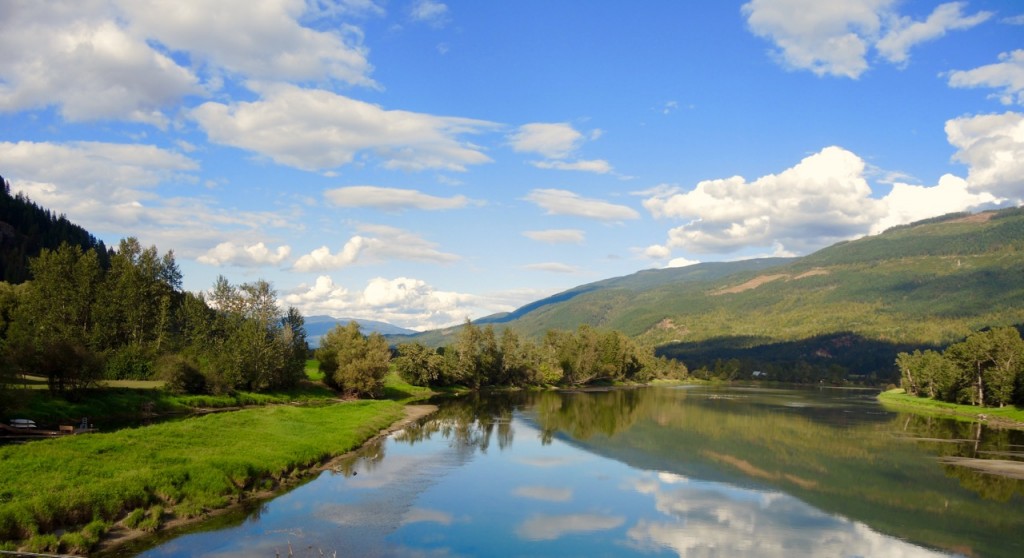 The cozy, unincorporated communities of Mara and Grindrod are nestled into the picturesque lower Shuswap River Valley, where the meandering placid river, green pastures and fields of corn and alfalfa dominate the landscape. Although most of the agricultural income in the valley comes from dairy farming, the diversity is increasing yearly as new crops are being grown in the rich soil, including organic vegetables, blueberries and grapes. 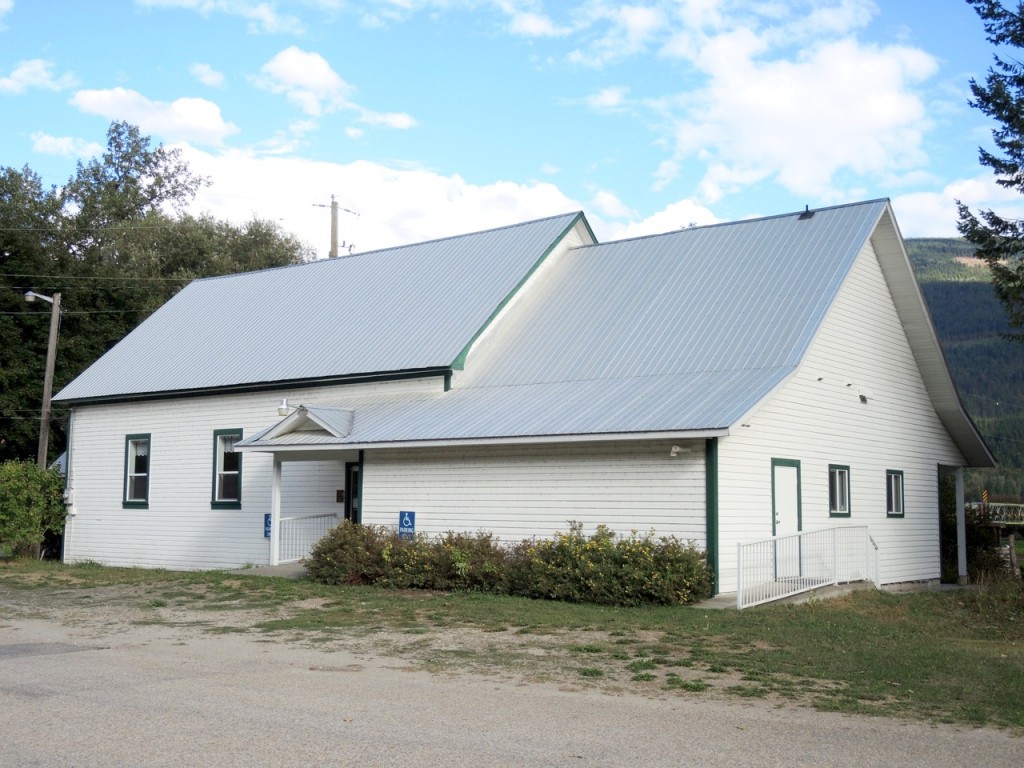 History is well preserved in the tiny hamlet of Mara, with its 106-year old community hall that has been lovingly cared for by the Mara Musical and Athletic Association.  Yearly events include potluck dinners, fall harvest celebrations, auctions and Christmas bazaars. Some of the funds raised support scholarships for local students. Mara is becoming increasingly popular for retirees who appreciate the area’s peaceful setting and year-round beauty. 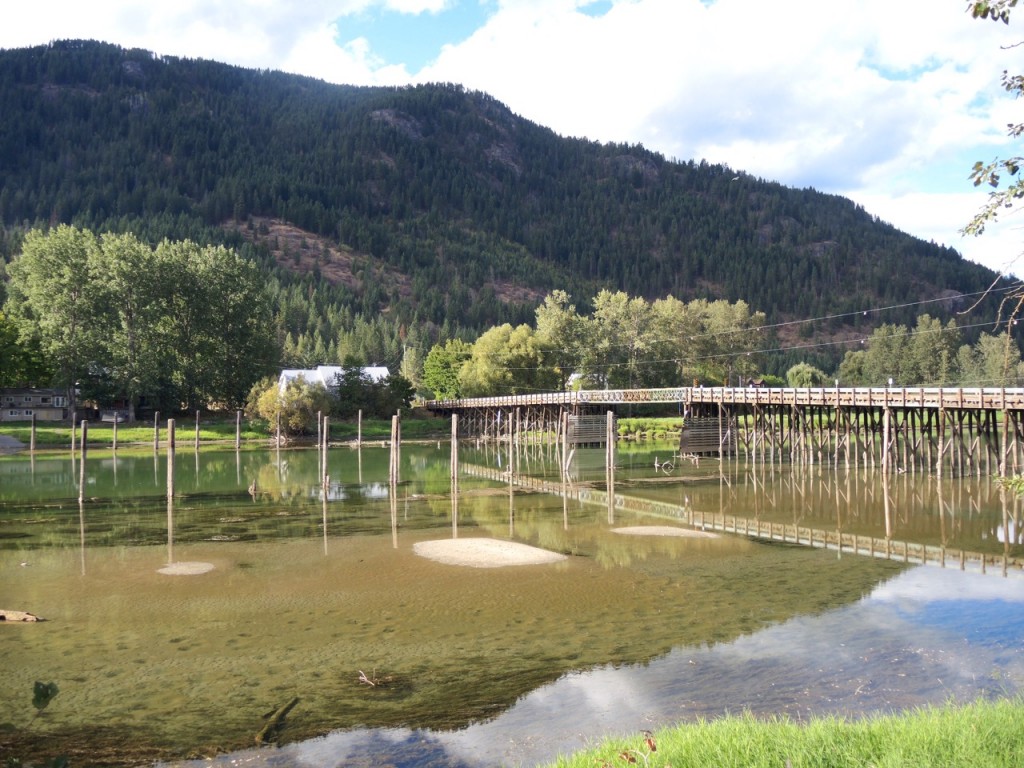 The bridge to Mara 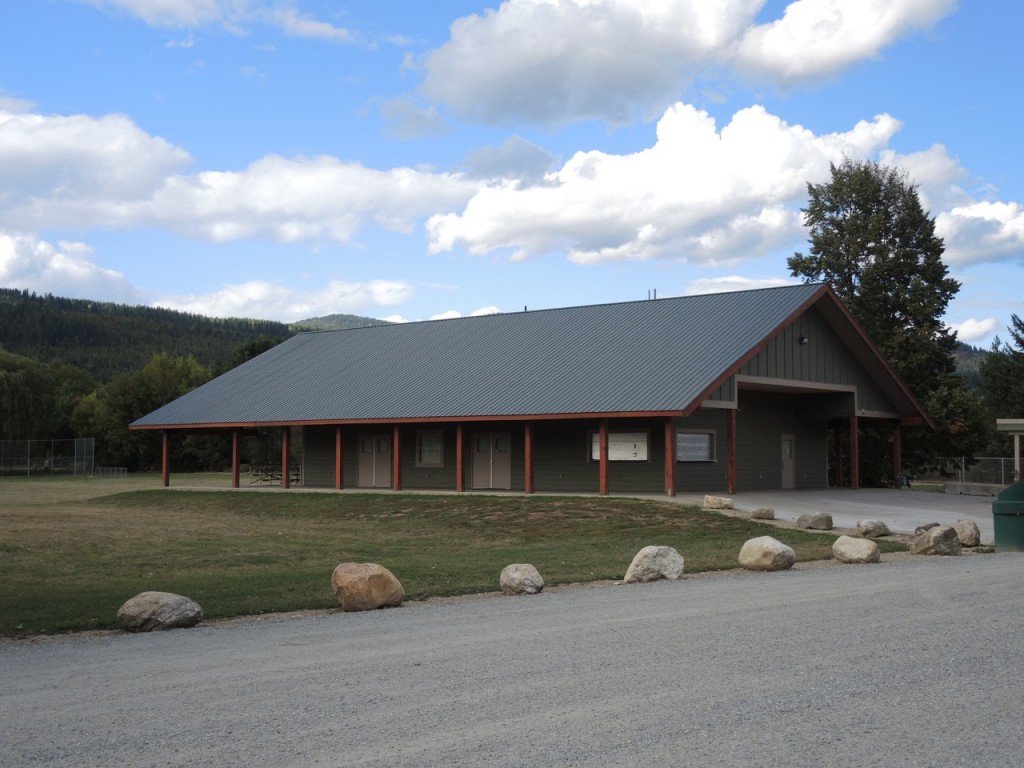 By contract, Grindrod’s community hall was built just four years ago with a significant amount of volunteer help and local support in the riverside park where there is a playground, ball field and sandy beach. In addition to monthly pancake breakfasts, seniors’ luncheons and coffee houses, there are two increasingly popular summer events. In mid-July, the community hosts Grindrod Days that includes a tug-of-war contest, antique car and tractor displays, axe throwing, a photography contest and kids games and activities. Other popular events include the classic motorcycle and car shows sponsored by the Riverfront Pub. 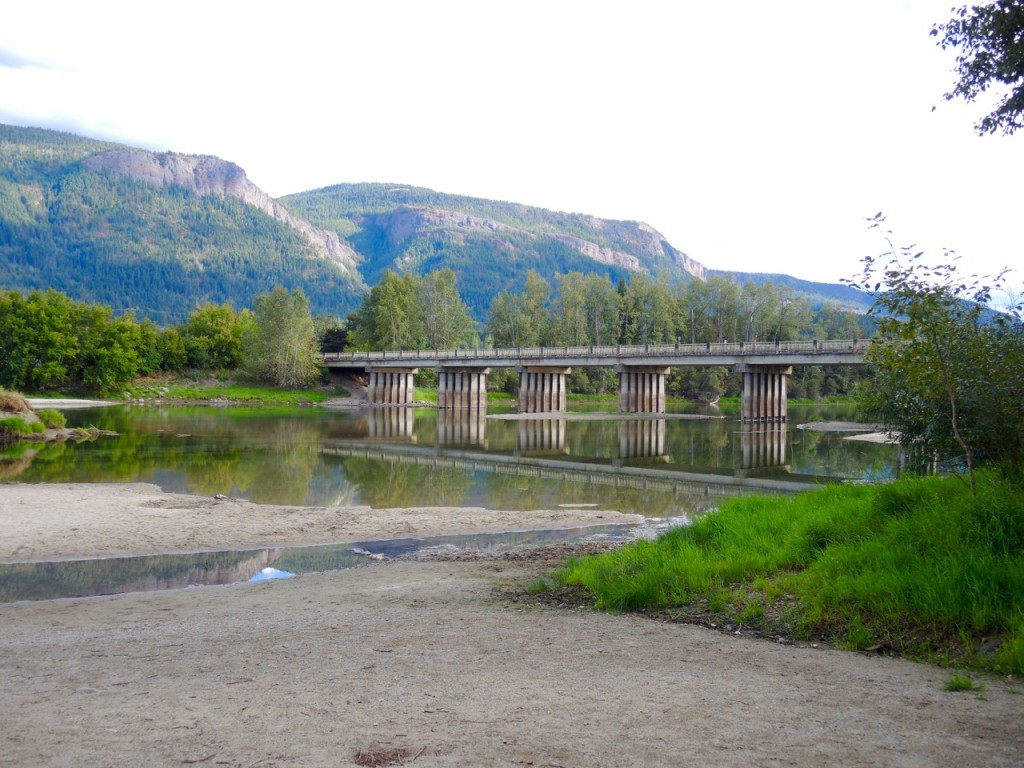 The beach at Grindrod Park

This year was the eighth annual Grindrod Garlic Festival, which features locally grown garlic and produce, artisans, contests, art exhibits and live music and entertainment. The festival has grown significantly from just 20 vendors the first year to 100 vendors this year. 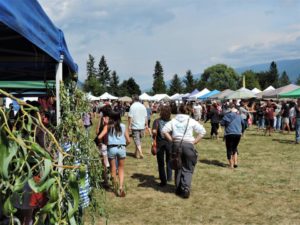 One of the most popular activities is the garlic eating competition and afterwards, competitors can try out the bad-breathilyzer to determine how garlicky their breath really is! 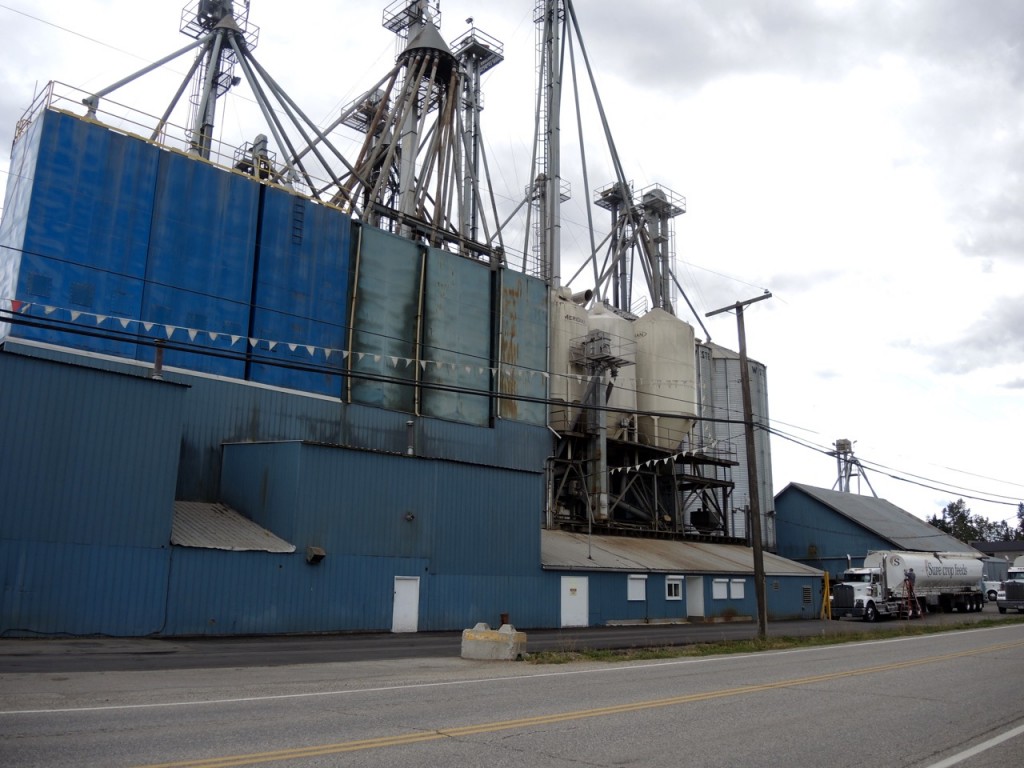 One cannot miss the area’s largest employer, Sure-Crop Feeds, with its tall silos and new office building adjacent to the highway. Founded in 1957 by David and Dwayne Couch, the company brings in grain from as far away as Manitoba and Minnesota to produce a variety of agricultural feeds for dairy cows, poultry and other livestock. The plant utilizes natural gas to heat the high-pressure steam used to bind the ground-up grain into pellets. 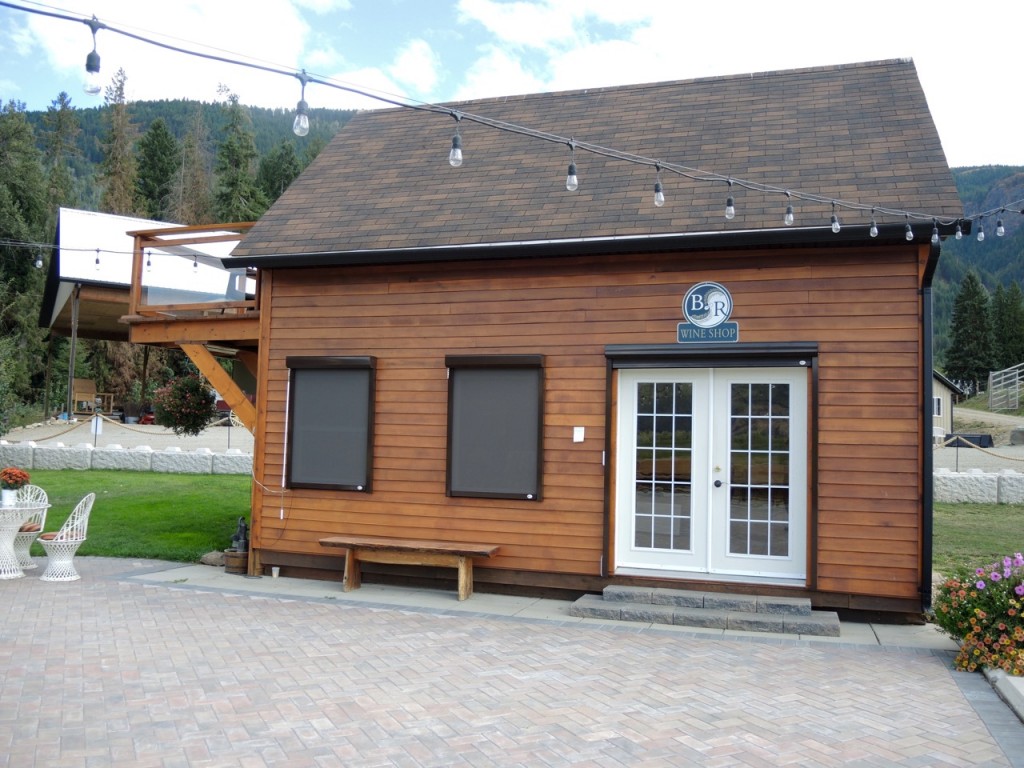 Another major employer in the community is the Blue Goose Cattle Company, which operates a finishing lot and abattoir that processes both premium and certified organic beef from ranches across the province. Also on Monk Road, is Robertson Mountain Harvest that now runs the Baccata Ridge Winery, which they purchased from their neighbour. In addition to its premium red and white grape wines, they now produce both a dry and sweet blueberry wine utilizing their own berries. Their newly built, quaint tasting cabin is open daily in the summer. 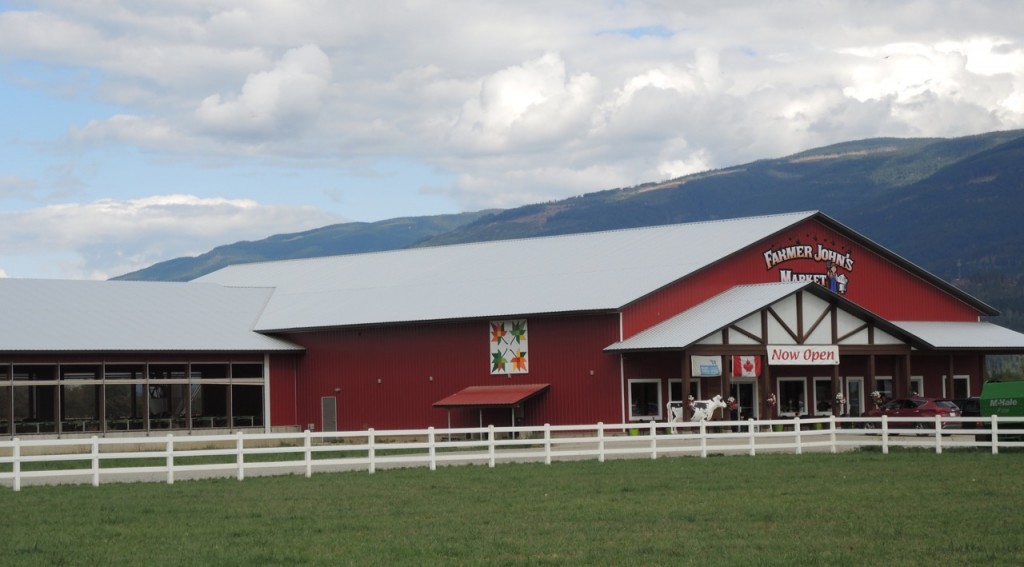 A new addition to the Grindrod scene is Farmer John’s Market, which is adjacent to a new, high-tech dairy barn where the cows are milked by robots. The spacious store features local products including pasture raised pork, organic chicken and fresh fruits, milk, eggs and cheese. Farmer John deDood offers tours of the barn, which has been certified by the SPCA to ensure the cows are well looked after. 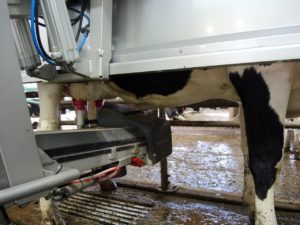 Each of the 106 cows is milked when it wants to while enjoying a ration of grain and the cows appreciate their 4 hours outside in the field nibbling on grass. The robot first washes the teats and then the tubes are attached and one can see the milk flowing into the tank. 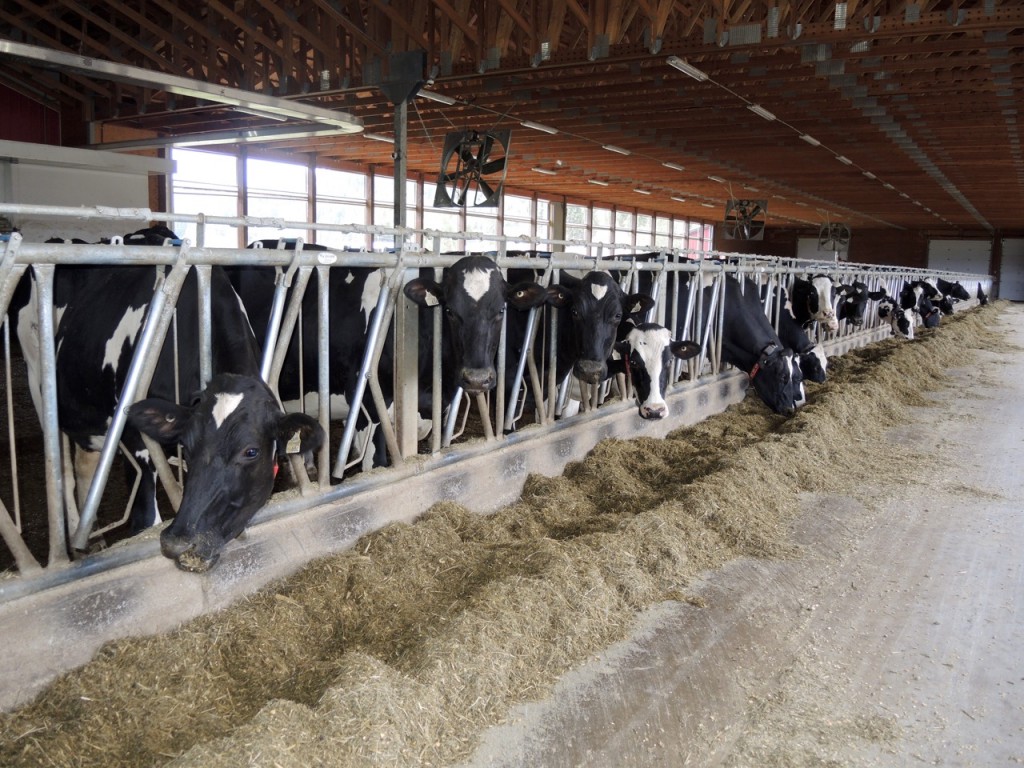 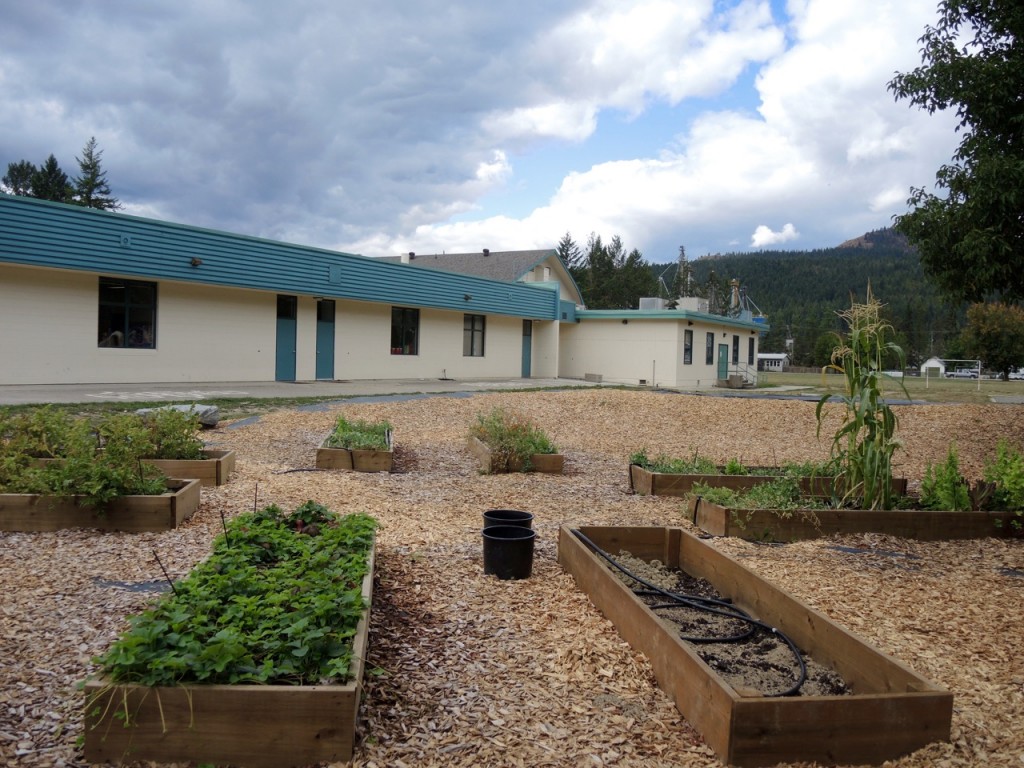 The Grindrod Elementary School was facing declining enrollment and possible closure when it began a new direction that focuses on outdoor learning. Part of the playground was converted to a teaching garden with raised vegetable beds, indigenous plant beds and a teaching amphitheatre. A significant amount of class time is devoted to engaging year-round, outdoor explorations that include field trips, outdoor recreation, and environmental studies. Principal Jeff Abbott and his staff is proud of the results, as enrollment has increased from 65 to over 100, thanks in part to support and help from the school’s parent advisory group. 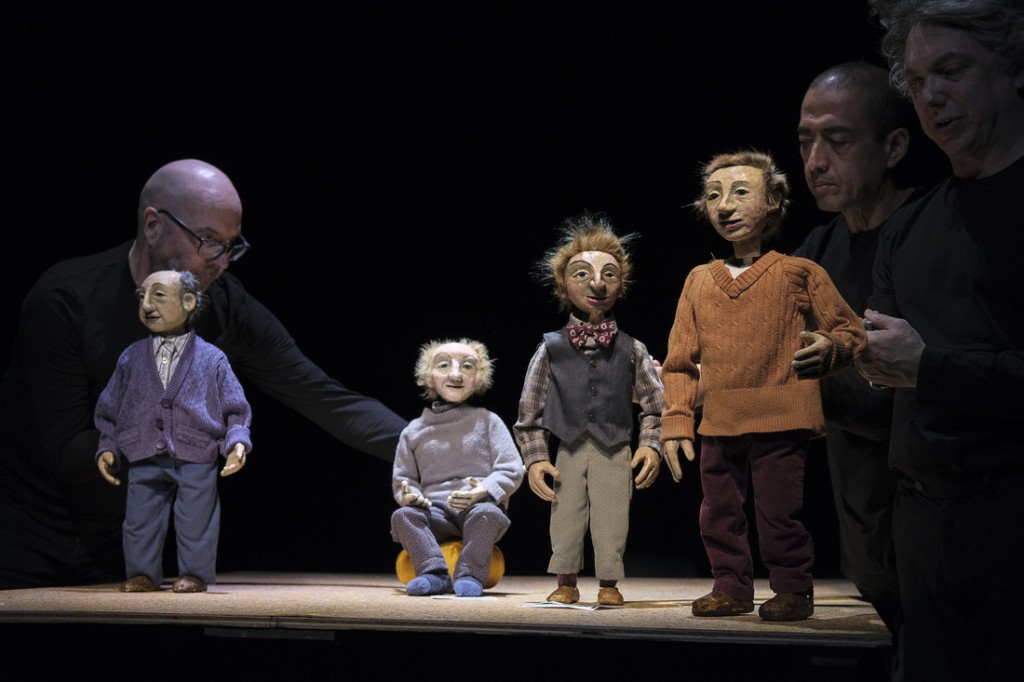 Grindrod is also home to Runaway Moon Theatre at Curly Willow Organic Farm, where garlic is one of the major crops. Established as a society by puppet maker and theatre artist Cathy Stubington and a local board of directors in the year 2000, the theatre offers two streams: large scale community engaged projects with area residents and puppet theatre with professional actors. 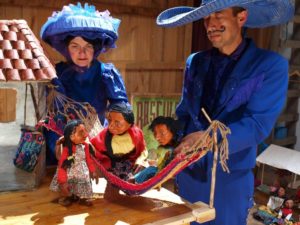 Workshops are held that lead to creative, outdoor community spectacles that celebrate topics such as local agriculture, water and the calendar. There is also a museum of puppets and marionettes from previous shows. 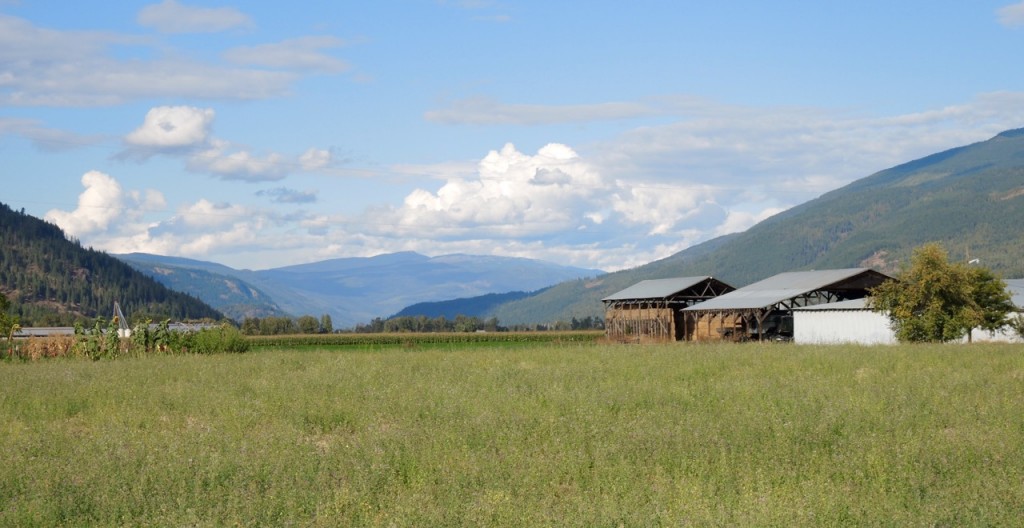 One day soon, the rail trail from Sicamous to the Okanagan will be open for non-motorized use and local residents and visitors will be able to better appreciate the beauty of the Shuswap River Valley, where farming is a way of life. 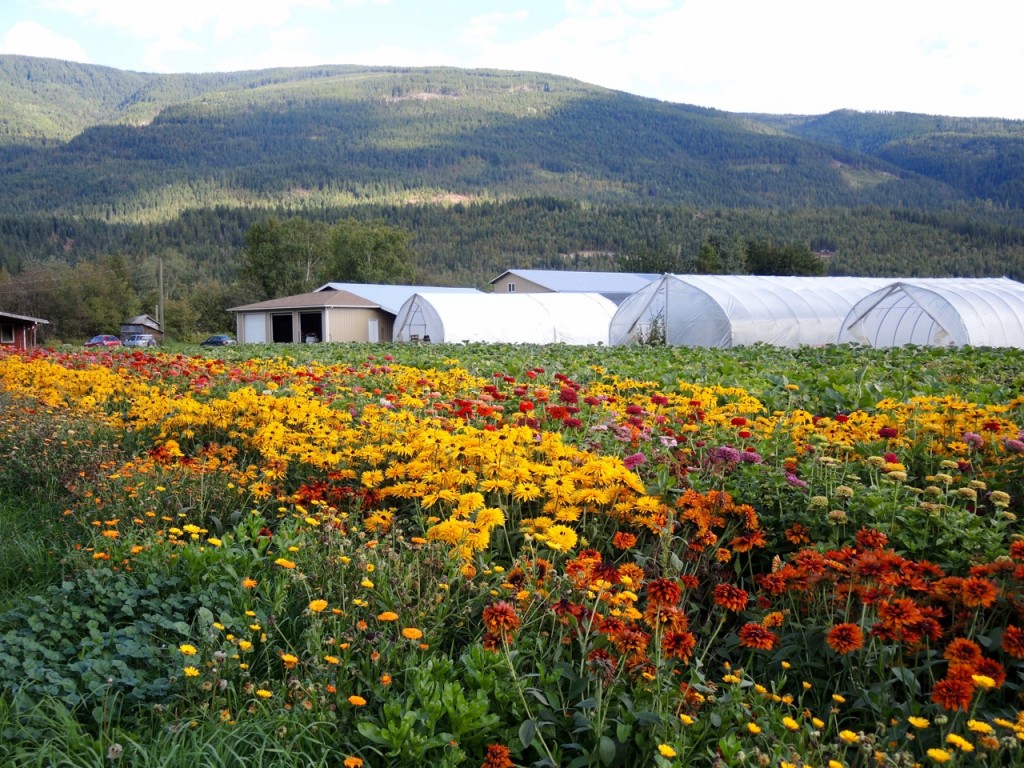 The lower Shuswap River Valley in indeed our region’s breadbasket, with its rich farmland that produces a cornucopia of food. As I found during my tour, there is much more there to appreciate than just the scenic farmland and river views. 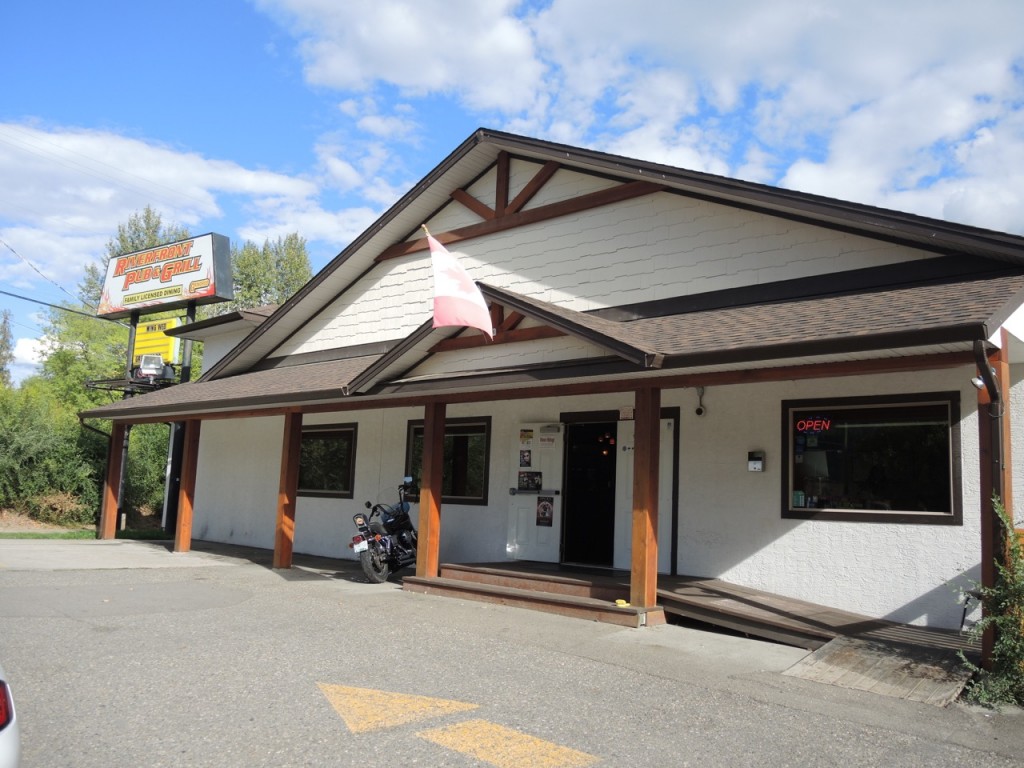 The Riverside Pub is a centre of social life, with its live music and family dining. It is a mecca for motorcycle enthusiasts, who enjoy riding on the twisting roads between Enderby and Sicamous. 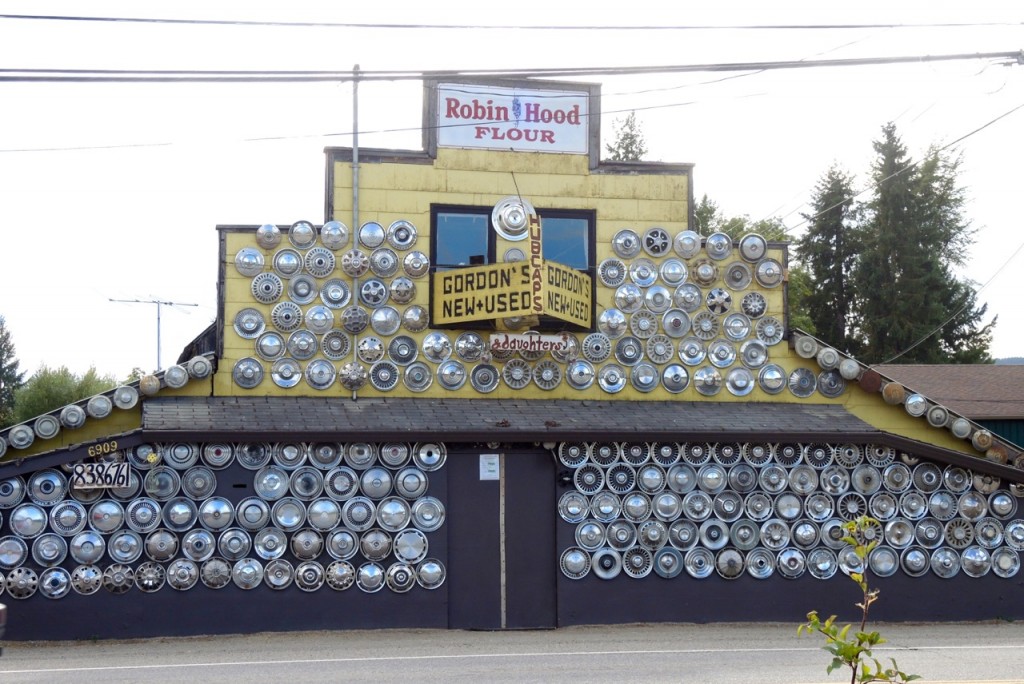 Many people associate Grindrod with hubcaps, due to the famous second-hand store that has been there for many decades in what may be one of the oldest buildings in the community. 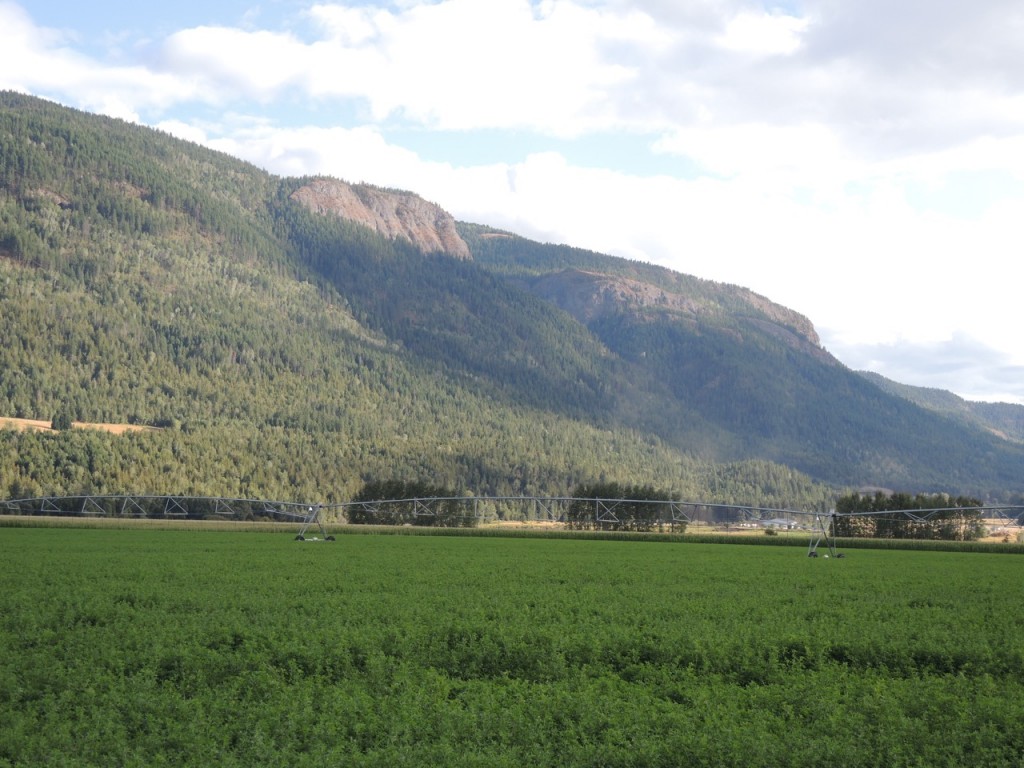 The Enderby Cliffs are a key feature in the valley.