Scotch Creek was once part of the gold rush

Home » Scotch Creek was once part of the gold rush 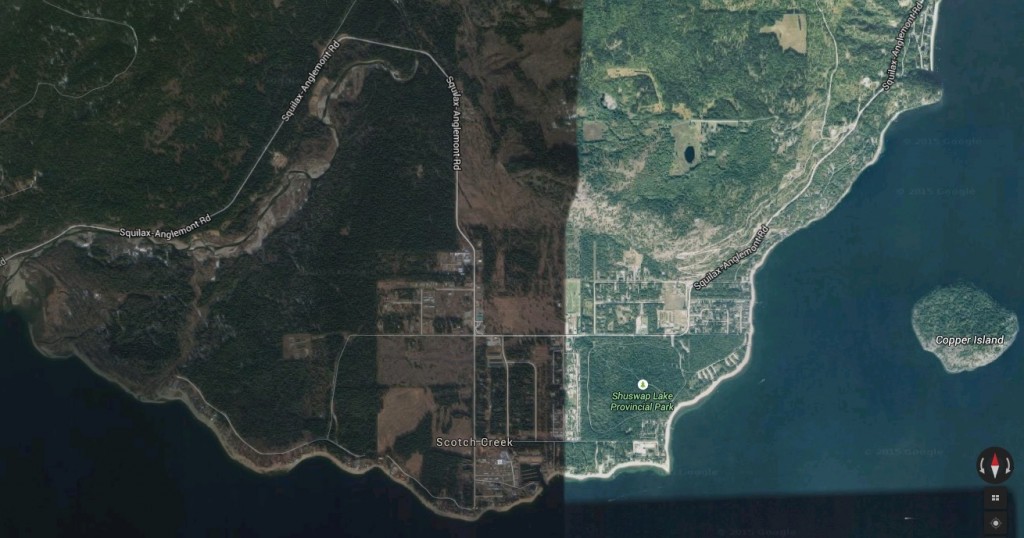 If Scotch Creek, the North Shuswap’s largest community and commercial centre were ever to adopt a theme, a good choice would be the gold rush, which was how the community began. Its very name could refer to one of the early prospectors who arrived there at the same time that Seymour Arm was established in 1866. The first reference to the creek was in the March 1867 Colonist, “Mining on Scotch Creek and Tranquille River will be carried on with vigor this year and with every prospect of the most favorable results. The former has prospected well and ten claims are recorded.” This first gold rush was short-lived as by 1877, the Geological Survey reported how the creek “has yielded heavy gold, but no mining is now going on there.”

The next wave of Europeans to live at Scotch Creek were loggers, as the fir timber on the Scotch Creek flats were ideal for the railway construction. Once the CPR was completed in 1884, many of the workers, both European and Chinese, remained to re-work the gold fields. The peak year was 1866, when the Annual Report noted that the creek yielded 80 pounds of gold worth $22,000, but by the following year the yield had already dropped significantly and men were leaving. A few of the Chinese miners kept going making small wages until 1898. Little is known about the nature of the early Scotch Creek gold rush community, other than there was a saloon where gambling was popular. 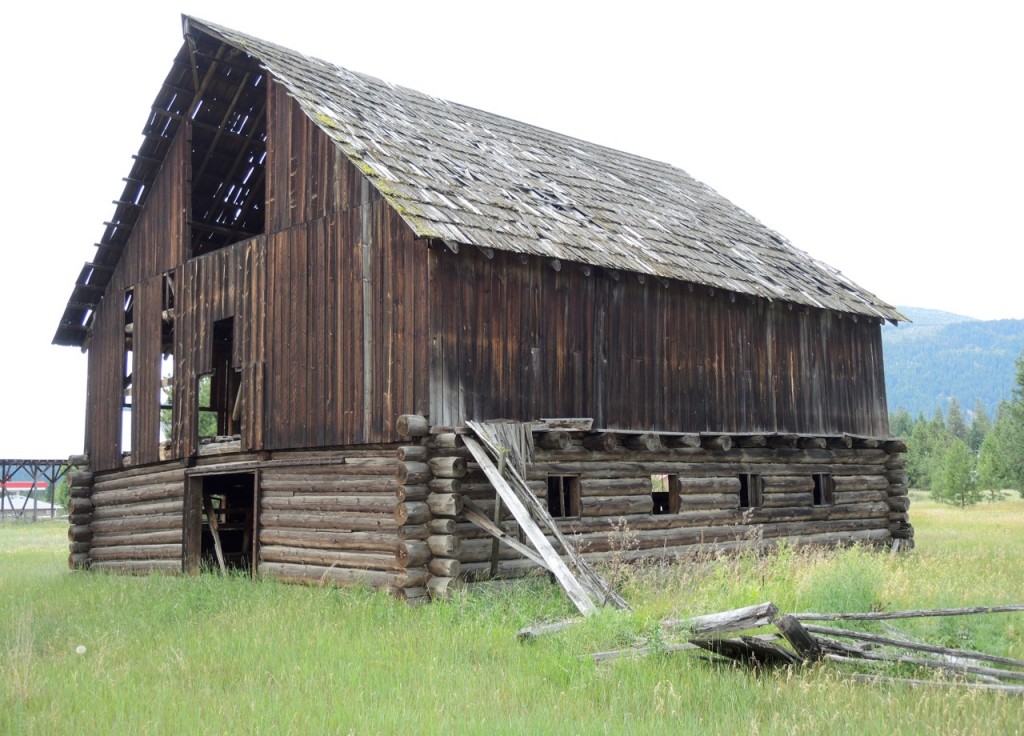 When settlement began in the early 1900s, Scotch Creek did not develop as did other North Shuswap communities due to a number of factors, including its smaller land base and population. There was no need for a school, as what few children lived there attended school across the lake in Sorrento. When the ferry to Sorrento was installed in 1921, Scotch Creek served as the North Shuswap’s transportation hub until the last ferry was retired in 1956 when the road from Squilax was upgraded. 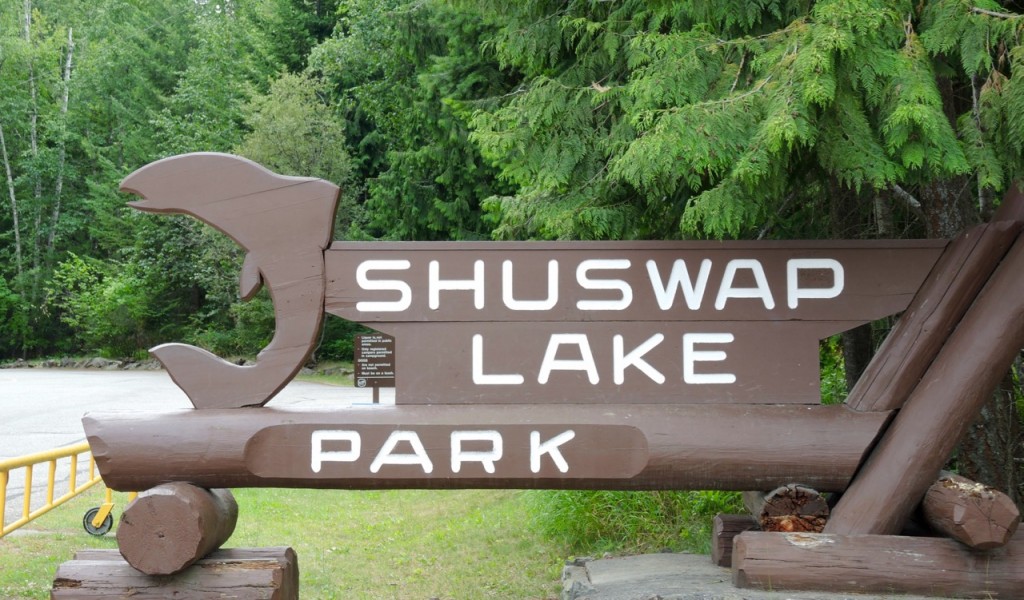 Scotch Creek began to significantly grow when the provincial park opened in 1958, welcoming a sudden influx of campers. To take advantage of the summer visitors, Frank and Akiko Imai built the Park Store across the street. Within a few years, the park could not handle the growing numbers of tourists and the Imais opened a campground next to the store to accommodate the overflow. The generosity of the Imai family is legendary, as they donated land for a ballpark and donated money to the Celista School. 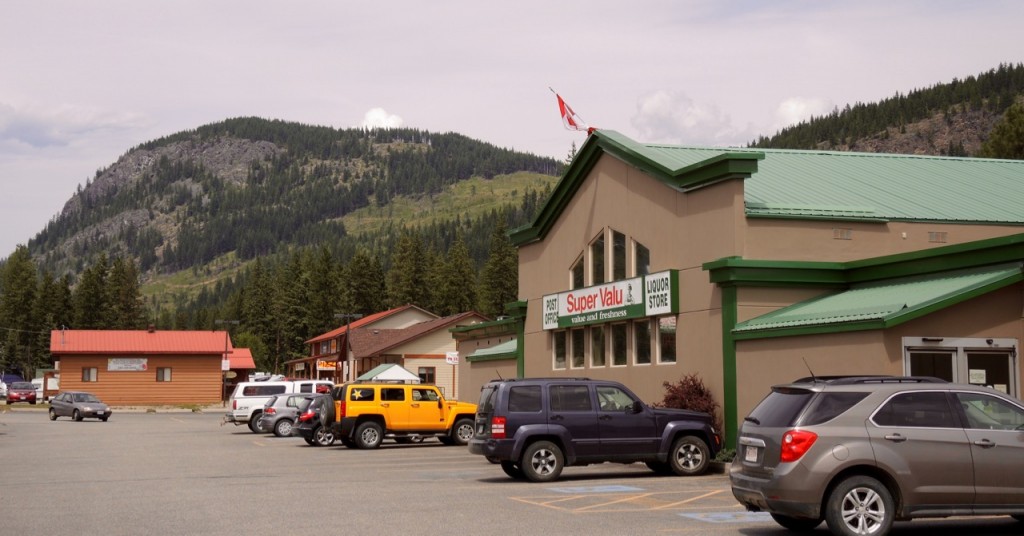 Scotch Creek supermarket with Cougar Bluff in the background

When subdivisions were built in the 1970s, Scotch Creek began to grow as a year-round community.  Today, the community is the commercial centre for the entire North Shuswap, with a full-size supermarket, drug store, firehall, clinic, pub, library and post office. 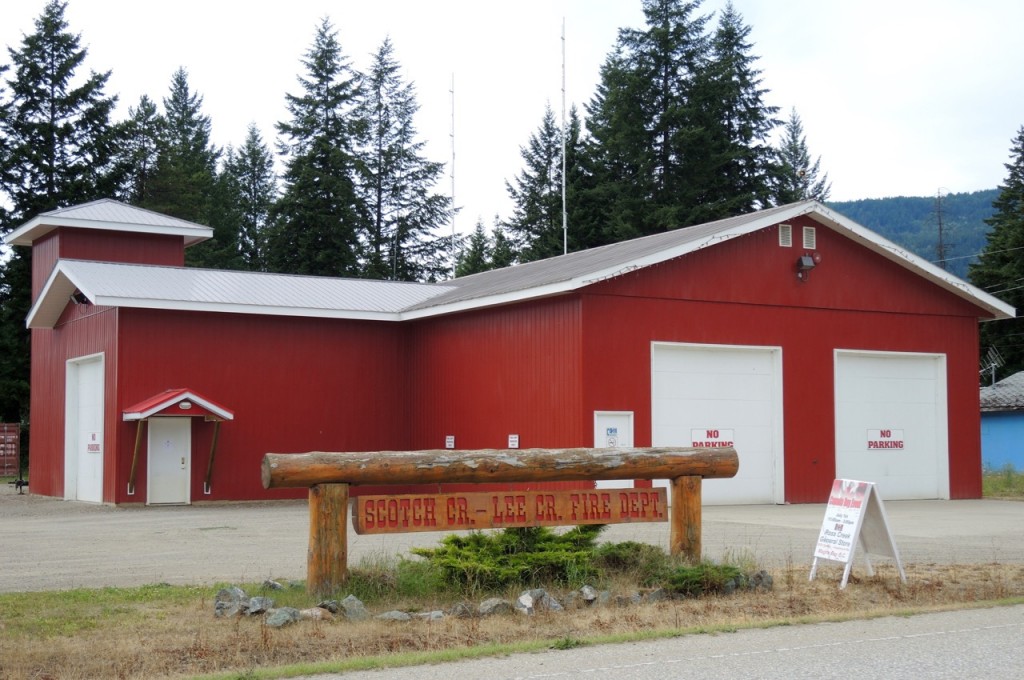 There are also building supply stores, cafes, gas stations and other services. Its population of approximately 660 swells during the summer, with both visitors and recreational property owners.

Along the entire lakeshore in Scotch Creek is an inviting gravel and sand beach, which is perhaps the community’s most outstanding feature. At one time, the public beach at Scotch Creek Park was packed all summer, especially with day visitors from Kamloops. The campground is one of the most popular in the province and it is often booked solid throughout the summer. Where the ferry once docked, is now a very popular CSRD marine park.

Near the centre of the community is one of the key marinas on the lake that utilizes a man-made lagoon. Boating has long been a part of Scotch Creek, as it has some of the best access to the lake, especially the well-used boat launch in the provincial park. And no wonder, as Scotch Creek is the closest community to the Shuswap’s only large island, Copper Island, the destination for so many boaters. 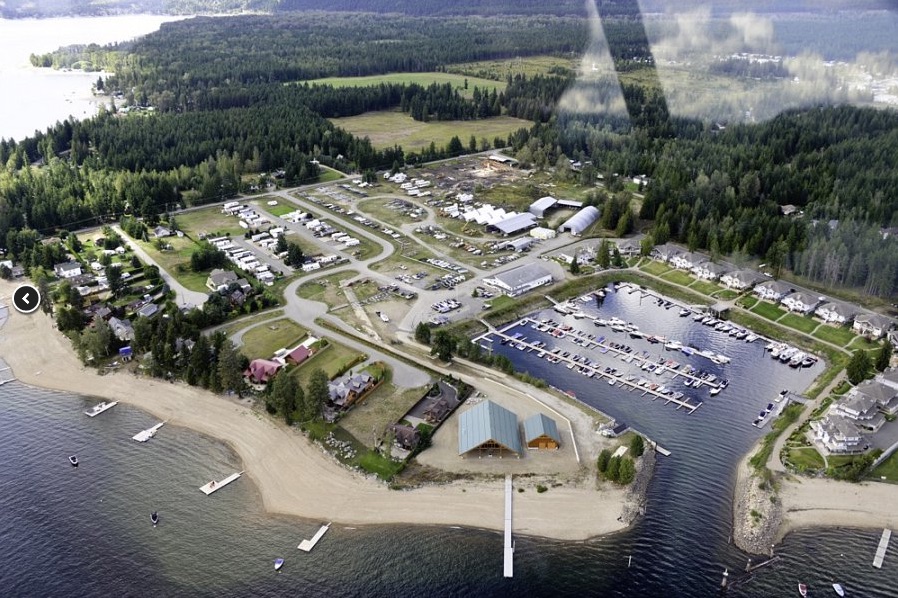 A sure sign of an active, involved community are the baseball teams that play regularly in the spring and Scotch Creek is known for its baseball. Both the Rose Clifford Park and the adjacent Imai Ballpark are well used by the five teams on the North Shuswap. Another recreational opportunity is the nearby hiking trail that features a magnificent view of the lake and valley. And during the summer, live music fills the air at the Friday Night Live events that also offer crafts and food. 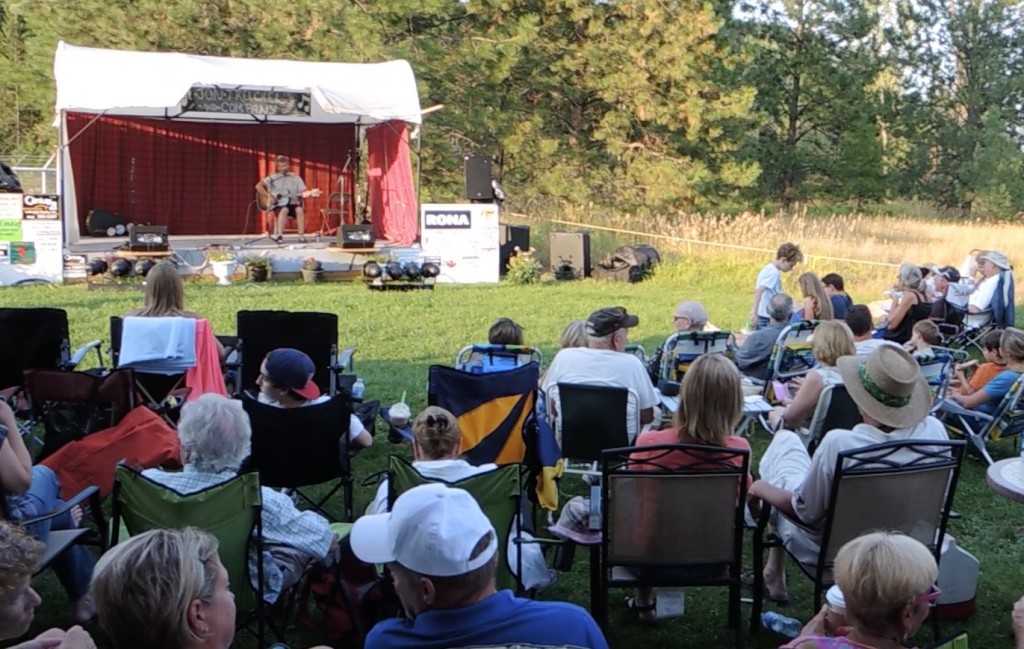 At the headwaters of Scotch Creek, also known by its Secwepemc name as Kwikoit Creek, is one of the Shuswap’s least known provincial parks, Pukeashun. In addition to the mountain, now well used by sledders, are wildlife rich wetlands and Grizzly Lake, one prized by the Secwepemc for its trout. The importance of Scotch Creek to the Secwepemc is apparent as adjacent to the community is a Little Shuswap Indian Band Reserve, which fortunately remains in a mostly wild state. 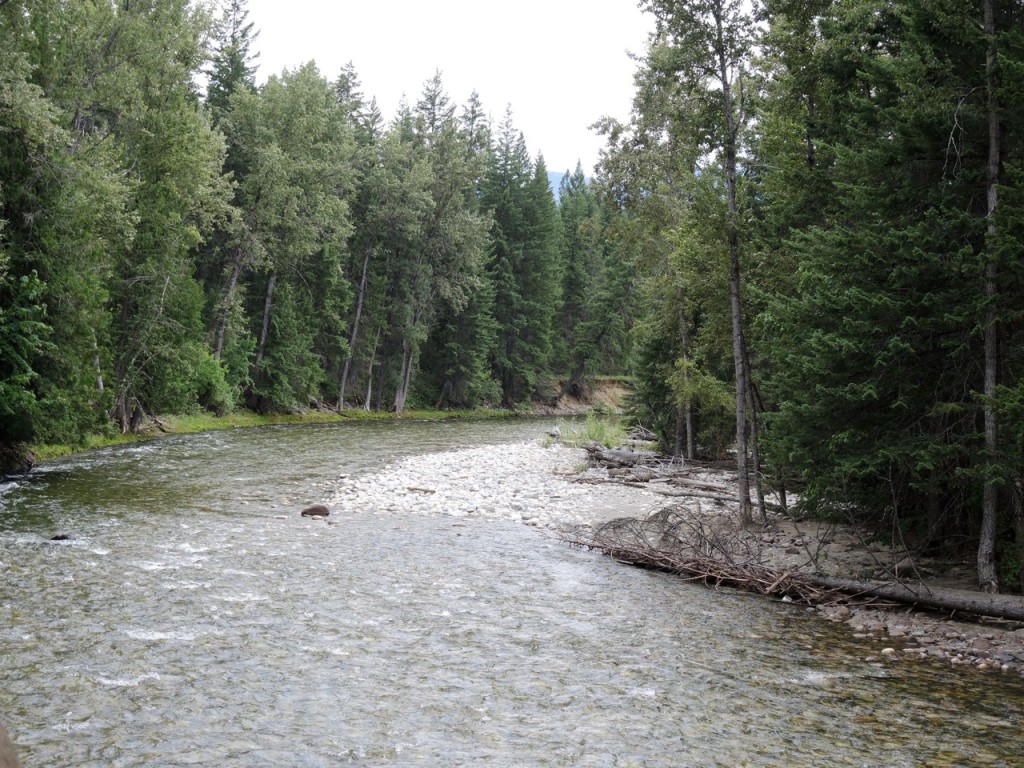 I rediscovered a photocopy of  a news article from 1886 after I had written this column. Here is the text of the article that provides more details on what Scotch Creek was like during the gold rush:

From this now famous Mining Camp Messrs Mark Harrison and Wm Herring are in town today. The reports are quite favorable. The 24 odd whitemen and a number of Chinamen are busy preparing for active mining. The Shuswap company drift is progressing favorably.

The scarcity of supplies will soon be remedied as Mr. Chas E. Williams is opening a large store as a convenience point for freighting and camps. At present only a Chinese store is located there, and pacing in was a weekly necessity.

Every person coming out from Scotch Creek have favorable accounts and now goodly a number of new miners are on the way in. Last week eight Chinamen pressed that way, with their packs, shovels, etc; today half a dozen whitemen start in, and we hear of others getting ready for the Scotch Creek mines. At present the Railway is followed for 40 miles east of here and at that point the Shuswap Lake is crossed to the mouth of the river [sic Creek] and a trail of from 8 to 10 miles leads in to the principal Camp. It is expected that a good trail will soon be made and travel made okay. When navigation opens up the boats can load supplies within some 10 or 12 miles of where the greater part of the mining in that direction is expected to go on.

As the North Shuswap’s primary settlement area, Scotch Creek has its own official community plan developed with the participation of the residents. As the map shows, further development is limited by the large tracts of land designated  agricultural, 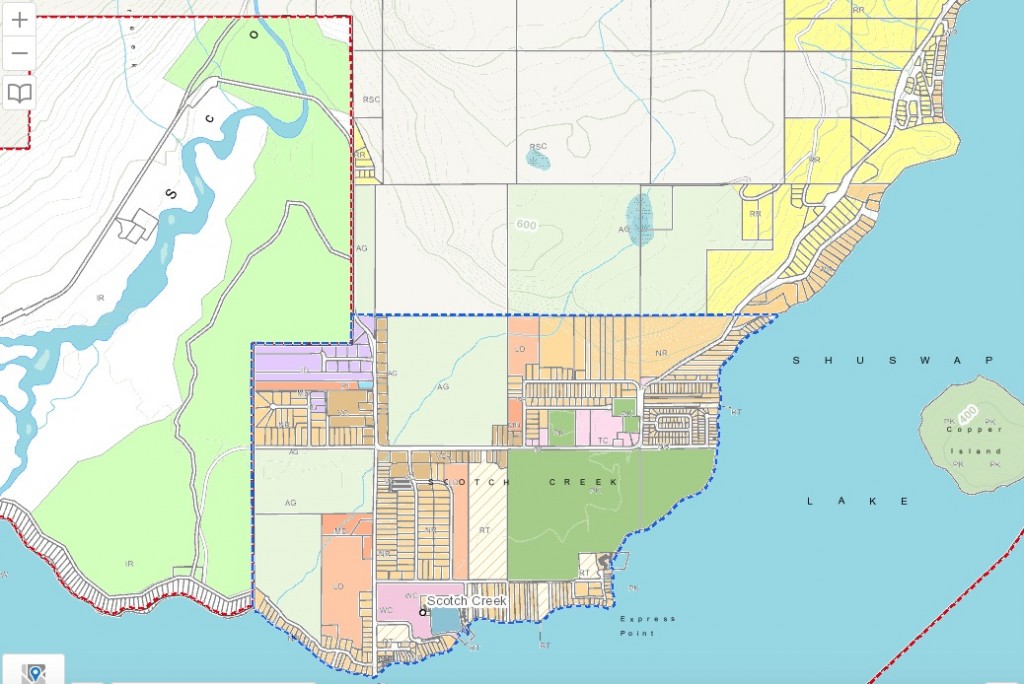 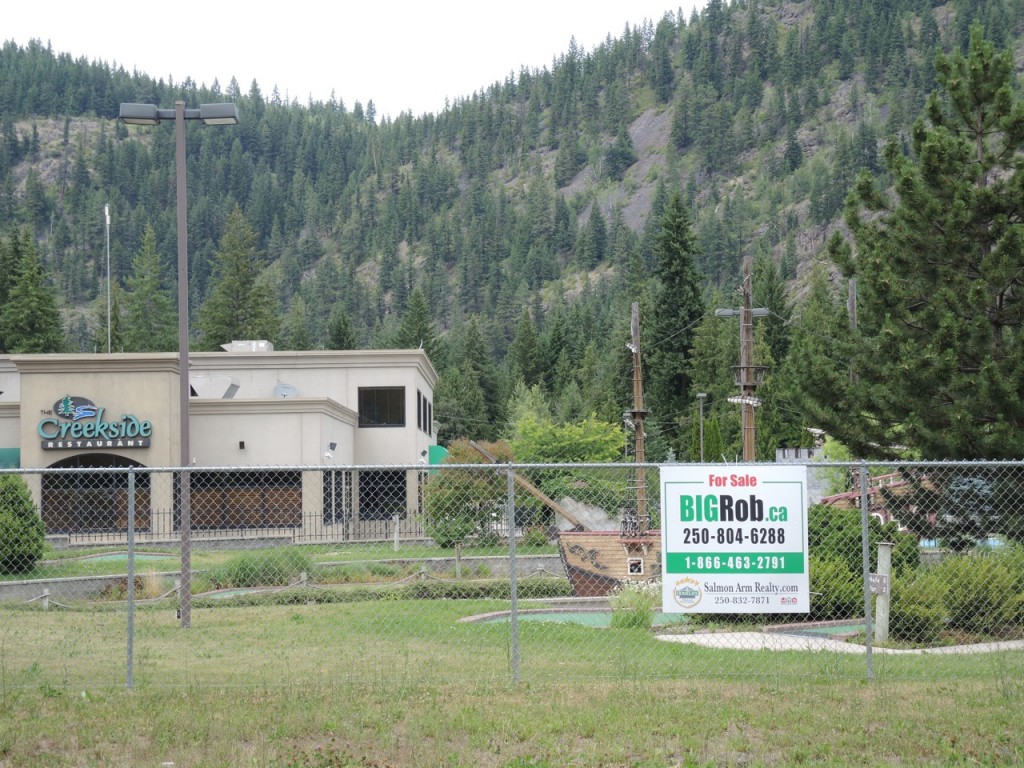 Scotch Creek is now going through somewhat of an economic slowdown with a number of businesses shuttered and for sale. It is difficult to make a living off the crowds that only arrive in the summer. Approximately 70 percent of the homes in the North Shuswap have absentee owners, as there are many summer cabins and many residents head south for the winter. 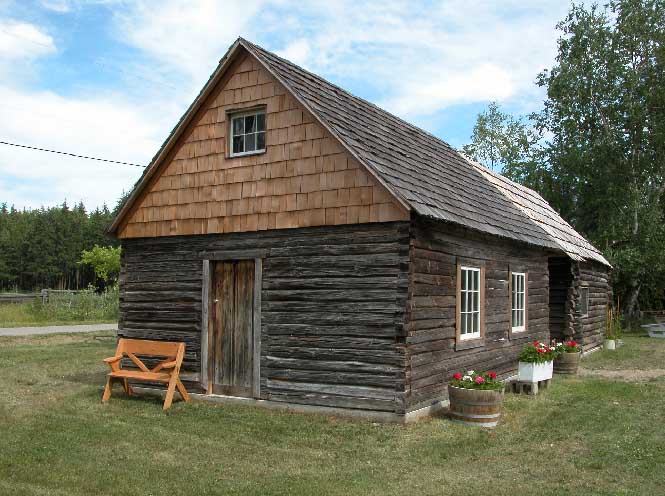 One can get a sense of what it was like for the pioneers by visiting T & L Reflections Museum operated by Loretta Greenhough who is also president of the North Shuswap Historical Society. She remembers seeing the foundations of some of the old CPR structures and there was an old barn on her family’s homestead that was built by the CPR.