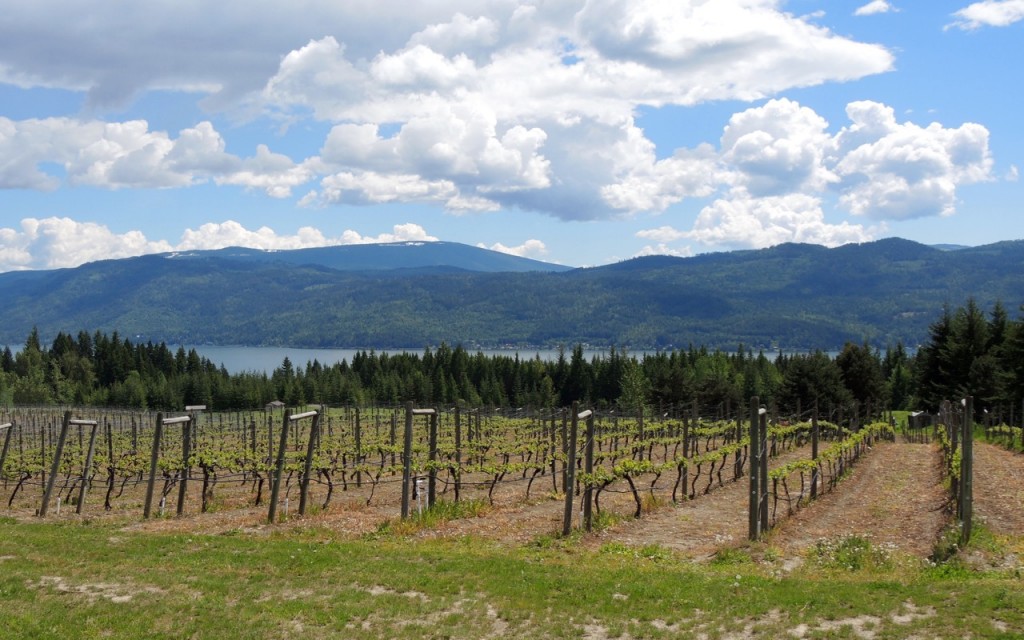 The North Shuswap is home to the northernmost winery in North America thanks in part to its ideal microclimate and global warming. A visit to the Celista Estate Winery can be mesmerizing, as the scenic view of the vineyard with the lake in the background is stunning, the mellow atmosphere and beautiful landscaping is relaxing and the wine is tasty. If you take the tour, you will be captivated by owner Jake Ootes’s story of how he and his wife moved here from Yellowknife to retire on 160 acres of paradise and inadvertently started a winery. 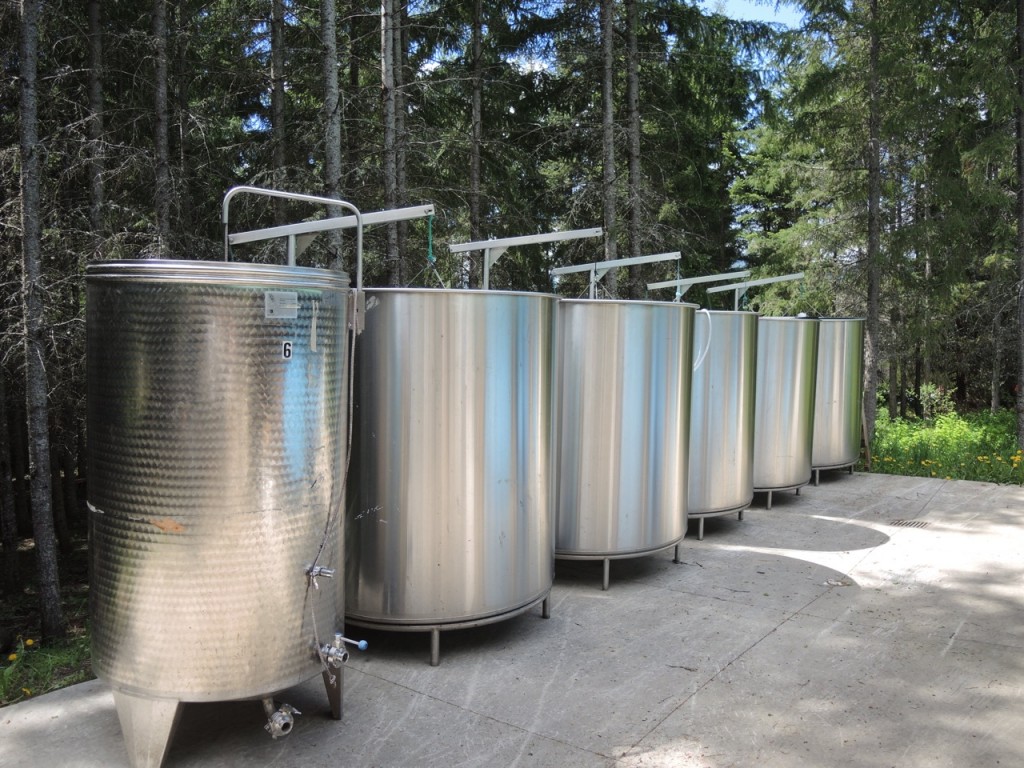 Neither Jake nor his wife Marg had any farming experience as she was a social worker and an art gallery owner and he was a reporter, publisher and politician. Attracted to the Shuswap scenery and warm climate, in 1995 they found four vacant land parcels above Celista and out of the blue Marg told the realtor they would purchase all of them. Over the next ten years they developed the property by building a house, road and water system. Their son suggested the land would be good for grapes, so they asked a local expert from Tappen, Ted Squire, to make an evaluation. 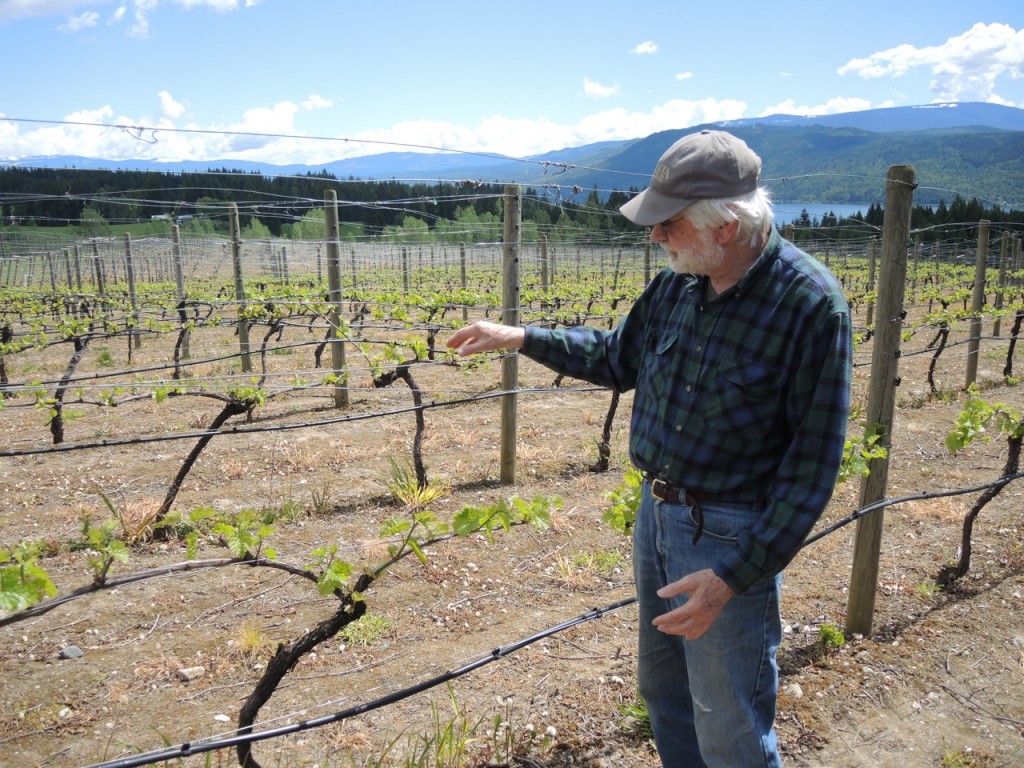 Their property was deemed ideal with a southern slope of just five to eight degrees and under the topsoil there was heavy clay subsoil. In 2002, they began by planting just one acre with early season ripening grapes. Three years later, they finally retired, moved to the new property and continued planting grape vines. They literally had to drill thousands of holes in the heavy clay to plant the rootstocks. Seven acres are now in production and there is a potential to add another ten acres in the future. 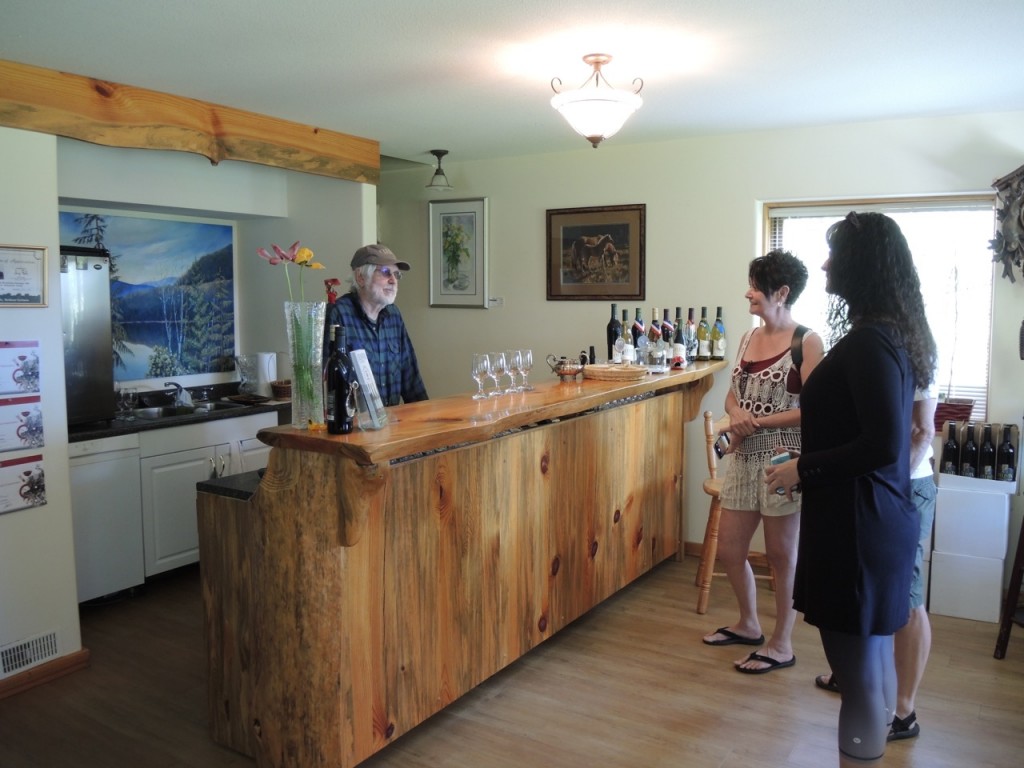 The tasting room
The grapes were in and were surrounded by tall deer fencing, but they knew nothing about how to make wine. Fortunately, they met a vintner, Lee Holland, at a conference in Penticton, who now spends the fall and winter at their farm supervising the wine making. All the crushing, fermenting, filtering and bottling is done on site using primarily using their grapes, supplemented by small amounts of Osoyoos grapes. 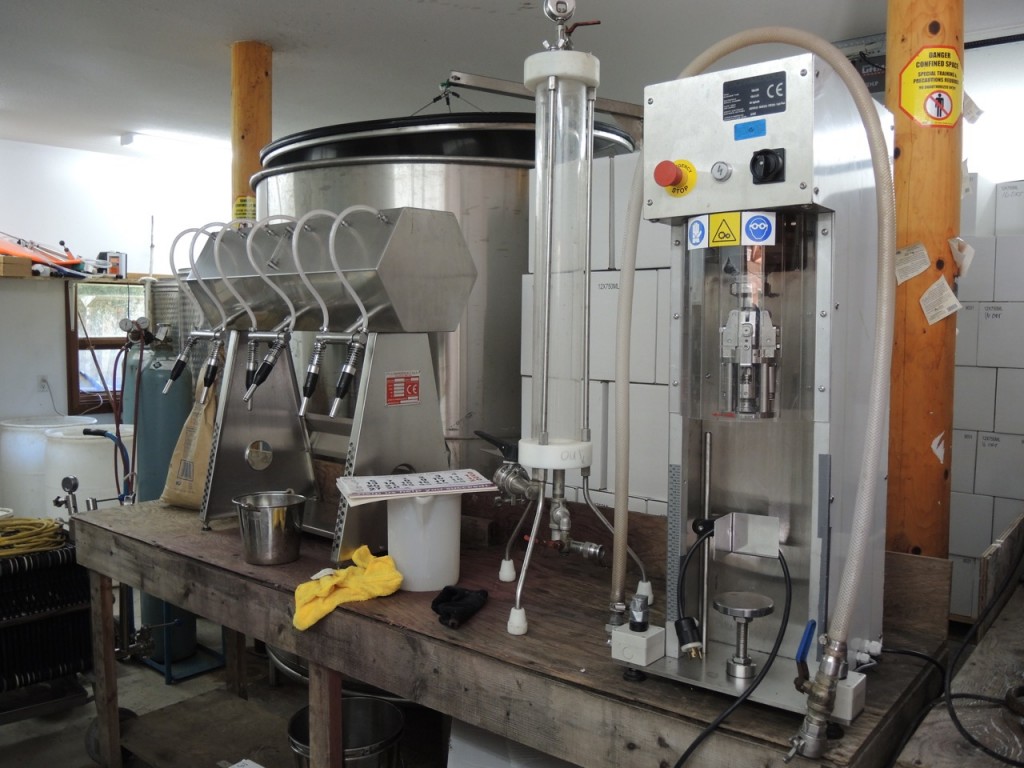 They along with the other Shuswap vineyards grow varieties of grapes known for their winter hardiness, including the white varieties of Ortega, Sylvaner, Siegerebbe, Gewürztraminer and the red variety, Marechal Foch. In just seven years, Celista Estate Winery has won 50 medals at competitions across Canada, thanks to the unique flavours their grapes produce. Jake believes there are two factors behind their success, the micronutrients in their soil and the localized climate with very hot days and cool evenings with a constant breeze that prevents high humidity. 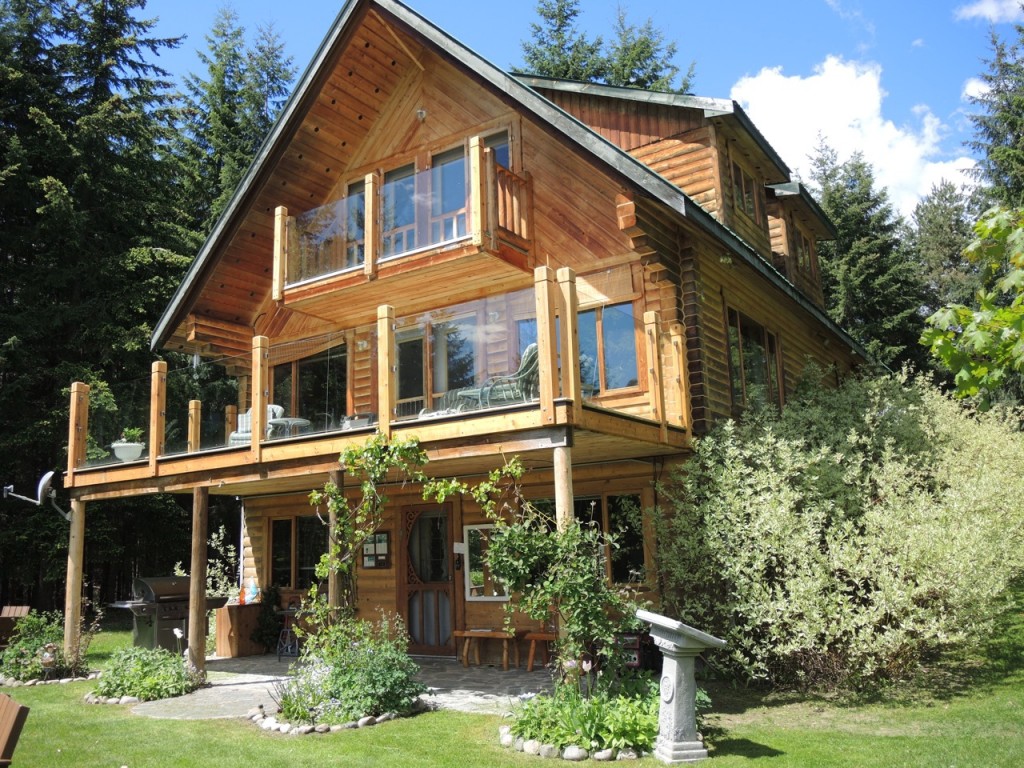 The Ootes home with the tasting room in the basement

The Ootes’ success is also a benefit to the community, as their winery has become a major tourist attraction. They sell 80 percent of their wine onsite to the thousands of people who visit their winery every year, with upwards of 150 visitors each day during the busy July and August summer season. Additionally, they employ seven people during the growing season and many more come to help pick the grapes in the fall. 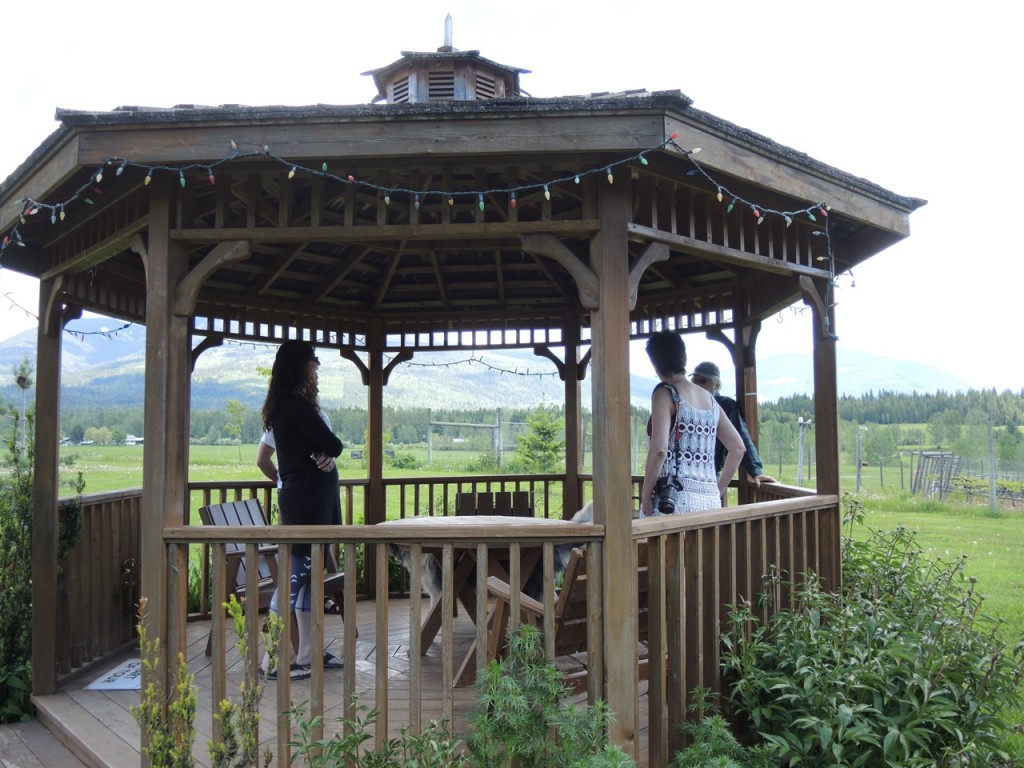 Tours are provided on Wednesdays and Saturdays that begin in their Gazebo overlooking the vineyard and the lake. Jake explains how the grapes are pruned to maximize production and how their drip irrigation system is rarely needed thanks to the frequent rain showers. At this time of the year, the massive stainless steel vats used for the fermentation process are outside as their winemaking building is filled with cases of wine. 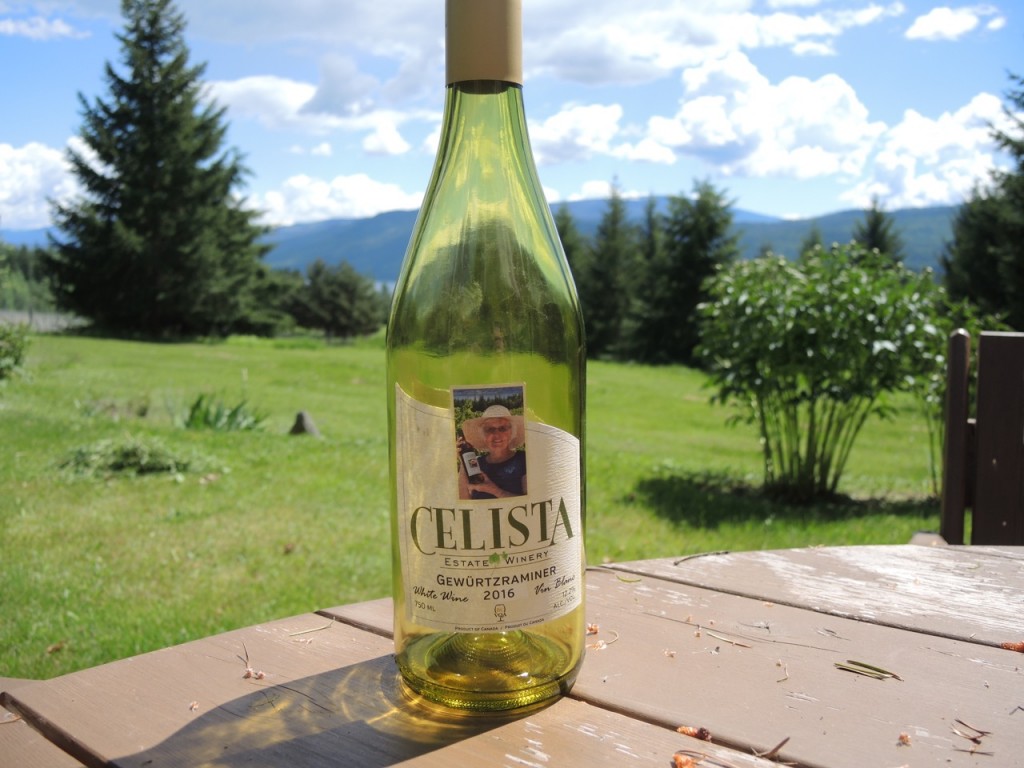 There are now seven wineries in the Shuswap: Larch Hills, Marionette in Salmon Arm, Recline Ridge in Tappen, Sunnybrae, Ovino in Yankee Flats, Waterside in Enderby and Celista Estate. All are family owned businesses, have tasting rooms and provide another unique Shuswap experience for both visitors and local residents.