Working towards a sustainable recreation plan 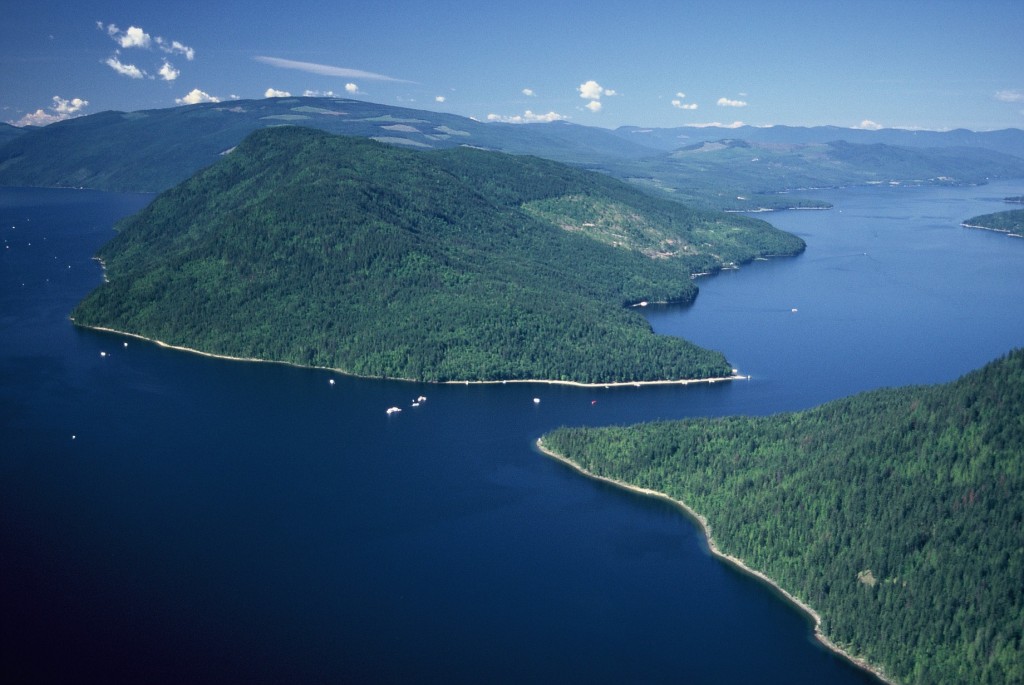 The Shuswap Lake Integrated Planning Process (SLIPP) was initiated in 2007 and after three years a strategic plan was developed with three basic goals that address the need for protecting water quality, and ensuring that both development and recreational experiences are sustainable. Since the plan was created, SLIPP has focused on monitoring water quality, improving compliance and enforcement and restoration of foreshore habitat. This year, efforts have begun to develop a recreation management plan for Shuswap, Little Shuswap, Mara and Adams Lakes.

It is an ambitious project, with goals that include providing a vision for how recreational resources will be used and managed and determining objectives for infrastructure needs, zoning, use thresholds and monitoring.  Key to the project is the use of what is called a “Recreation Optimization Management Model,” which provides a guide to understanding the Shuswap’s current recreational management system. The model identifies the supporting environmental, economic and cultural conditions; the existing activities such as boating, camping, and fishing and the recreationists, including both permanent and seasonal residents, and visitors.

The first step for developing a recreation plan for the Shuswap has been the preparation of a background report or “situation analysis.” This report, completed in spring 2012, is now available on the SLIPP website (slippbc.com) and provides information about recreational activities, infrastructure, and impacts.

There exists an overly complex management structure, with four levels of governance: local, provincial, federal and First Nation. At the local level, there are three regional districts and three municipalities. Because of many, intersecting levels of government, coordination of recreational services is restricted, which results in a barrier to sustainable management.

There has been a significant growth in tourism revenue in the Thompson-Okanagan region, which includes the Shuswap, as the statistics show a 55 percent increase in hotel revenue over the last ten years. However, the data from the Salmon Arm Visitor Centre shows little change over the last five years, with most of the visitors being locals, followed by the next largest group from B.C., then Alberta, followed by Europe.

Of all the activities that take place on the lakes, power-boating is both the most popular and the most contentious. However, statistics show a decline in boating, with fewer camping permits sold to those arriving in boats in the Shuswap Lake Marine Park. The statistics also show a decline in the visual tally of houseboats visiting park sites from a peak of 13,565 in 2005, and a decline in the number of commercial houseboats registered with BC Parks from 225 in 2006 to 178 in 2011.

Although there has been one informal boat count by Shuswap Lake Watch (Bernhard Kramer) in 2010 that showed a high number of boats during the July long weekend, there is a lack of any hard data on the quantity of boats on the lake. While the report does identify the 11 commercial marinas and notes there are 40 smaller, private marinas, it does not describe how the 1704 existing moorage spots are likely filled to capacity. Nor does the report provide any data about the huge number of buoys were placed into the lake prior to the new bylaw coming into force this October. 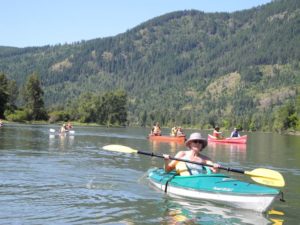 There is scant data on non-motorized water recreation, although there is anecdotal information about an increase in canoeing, kayaking and paddle boarding. Statistics do show that both Provincial Park camping and fishing numbers have remained fairly consistent, although there has been a sharp decline in the number of private campgrounds.

The report provides no shortages of issues that need to be addressed by the planning process, including conflicts from overcrowding, noise pollution, limited lake access, limited infrastructure, insufficient enforcement, a lack of research and the impacts of high speed boats on shorelines and habitat. In addition, concerns continue to increase regarding houseboat greywater effluent, agricultural run-off and the impacts from increased recreational use of the lake on natural ecological values. Missing from the report are the mounting concerns about the impact of motorized recreational vehicles on riparian areas and wetlands adjacent to the lake. 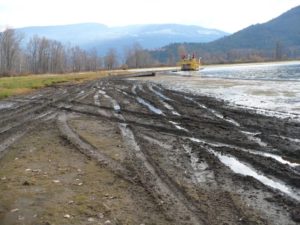 This past summer, two students collected survey information from both residents and visitors to address the gaps in the situation analysis and provide more data for the planning process. This survey will be available online (at slippbc.ca) for local residents to participate in until the end of November. If you care about the future of the lakes and recreational experiences, please take the survey and provide input on the draft plan that will be developed during the winter. There will be more opportunities to provide input next spring, as completion of the plan is expected in the fall of 2013.

Here is how I answered the last question:

22) Do you have any additional comments regarding recreation management on the lake?

We need limits on the growth of motorized recreation on the lake. Floating stores should not be allowed at Copper Island and the Narrows. Greywater should be banned and more enforcement is needed to ensure large boats and private houseboats are not dumping black water into the lake. One of the major concerns is the impact of ATVs on the riparian areas – this needs to be banned and we need better enforcement. Speed limits are needed in the smaller lakes, like White Lake and on the Shuswap River, where speed boats and jet boats are causing huge erosion problems. More lake access areas are needed, to encourage responsible non-motorized recreation. Key freshwater estuaries such as at the mouths of the Adams and Eagle Rivers should have restricted access for speedboats and buoys should be removed. More promotion is needed to encourage non-motorized recreation. And the old railway from Sicamous to Armstrong should be converted to a non-motorized trail.