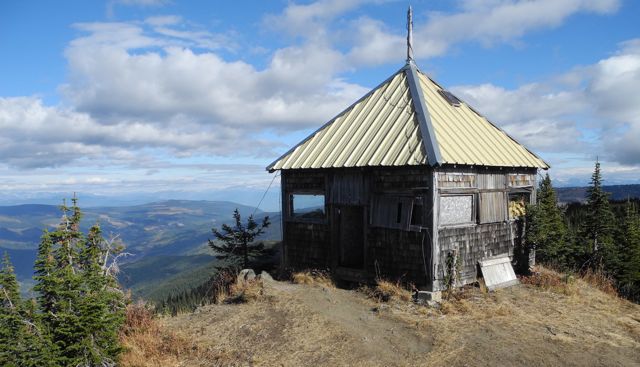 It has been 38 years since my last trip up to the top of Crowfoot Mountain, when I went up on horseback during a trail ride with friends. After numerous reports about the damage from motorized recreational vehicles that is occurring to the sub-alpine meadows and wetlands, I was eager to see it first hand. Thanks to the extended warm, dry weather we drove the rough road to the summit on October 10th and enjoyed a delightful mountain bike ride to the lookout and back. 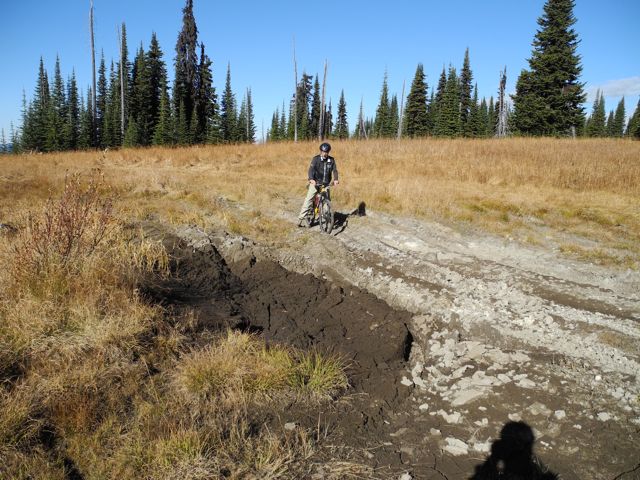 It did not take long before we saw evidence of mud-bogging, as nearly every bog and wetland is covered in tracks and mud that will likely be there for many decades, if not forever. Due to the lack of provincial regulations that prohibit the use of motorized vehicles in high elevations except in the Okanagan and parts of the Shuswap where there is virtually no enforcement, the disgraceful off-road vehicle “wreckreation” continues unabated in accessible alpine areas throughout the Shuswap and the province. And B.C. remains the only jurisdiction in North America without licensing and registration for off-road vehicles. 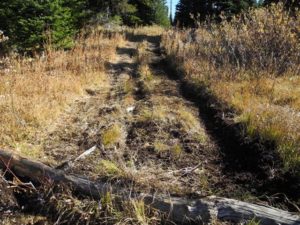 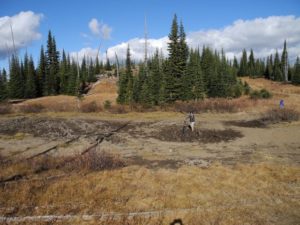 It took us only about an hour and a half to cycle on the rocky road to the old fire lookout atop Mount Mobley. The Dominion Forest Service built this lookout in 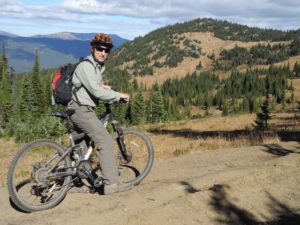 1928 and like the other lookouts, there was a telephone line attached to trees and log-tripods in the alpine that ran down the mountain to provide for communication. District Forest Ranger, Charlie Mobley supervised the construction of the lookout, the trail and the phone line and then named the peak after himself. Despite all the efforts, the lookout was not in service long, as by 1930, the provincial government had taken over the forest service and many of the Dominion fire lookouts were shut down, including Mt. Mobley. 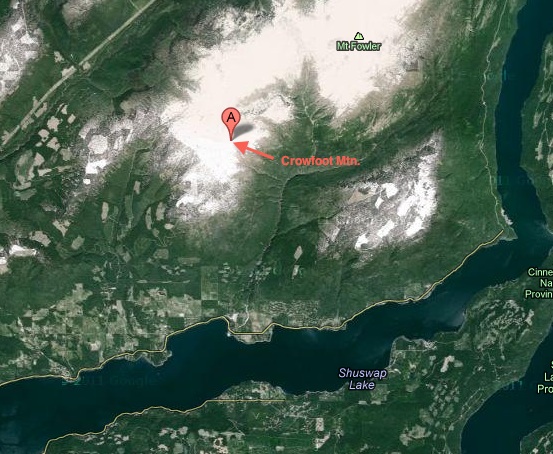 Crowfoot Mountain is far from pristine. The rich meadows have long been used for grazing, first by sheep and more recently by cattle and most of the balsam trees burned in the 1967 Mag fire. The first sheep were herded to the Crowfoot pasture in 1926 on what was likely a First Nation hunting trail that was then cleared by gold miners during the 1860s as an early route to Seymour Arm and the Big Bend. At times, over 4,000 sheep grazed in this sub-alpine meadow during the summers, with many of these herds coming from the Barnhartvale ranching family, the Cordoniers.

Amazingly, despite many decades of grazing, the native flora species of sedges and forbs are still present according to Provincial Range Agrologist, Herald Hetherington. However, the distribution of the species has been impacted and in 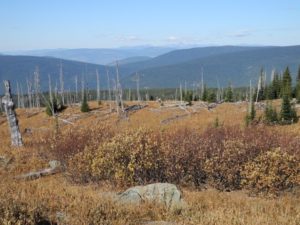 areas frequented by cattle, such as those adjacent to various springs, soil “hummocking” occurs due to the pounding of hooves. More natural conditions may slowly be returning, as due to market conditions the range atop Crowfoot has been vacant for four years.

As we approached the old lookout station on our bikes, we were amused by the highway sign that indicated the need for a sharp turn to the left. And no wonder, as the lookout is perched on the edge of a high cliff, that at least one vehicle 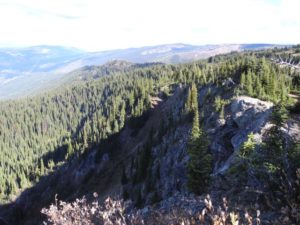 missed as we could see the wreckage below. Apparently, there was also a sledder who did not make the turn, however he managed to survive the fall and was rescued the following day.

Adjacent to the lookout, which is packed full of firewood to serve as an emergency shelter in the winter for the snowmobilers, is a solar-powered communication tower. This is one of the forest service’s many repeater stations 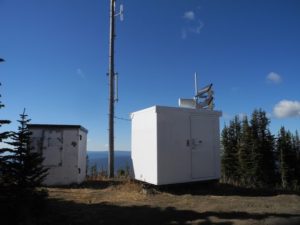 that help provide the radio frequencies used on the logging roads.

Crowfoot Mountain is listed in the Shuswap Trail Guide; nevertheless it would be a grueling, uninspiring slog up the 14 kilometre long old sheep trail now frequented by ATVs and motorbikes to the meadows. It seems the best way to experience the mountain is with mountain bikes, but only high-clearance 4x4s can make it up the road. 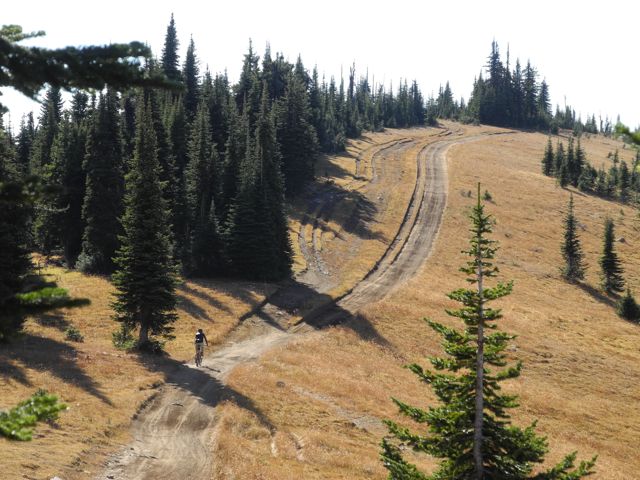 The mountain experiences the most use during the winter season, when there is an average of 10 snowmobiles per day and up to 50 on long weekends.  The Crowfoot Snowmobile Club manages an impressive hut that serves as an 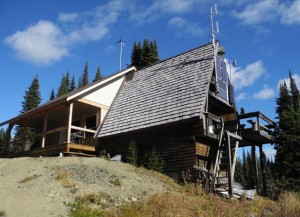 emergency shelter and a clubhouse during the winter season and they put a new metal roof on the old fire lookout ten years ago.

It is unconscionable that the provincial government has delayed its intended plan to bring in legislation for licensing and  registration of all off-road vehicles, including motorbikes and all-terrain vehicles. There have been years of consultation and recommendations by numerous organizations, but the government has caved -in due to well-oiled lobbying by motorized recreation groups. Recently, the government brought in regulations to prohibit motorized recreation above 1700 metres in the Okanagan (including to the north as far as Mara Mtn.), yet the rest of the province only has scattered areas with prohibitions.

Someday, once there are regulations in place that prohibit motorized recreation in alpine areas throughout the province and licensing is required , the CSRD should consider improving the road up to Crowfoot Mtn. to improve access as part of its parks and recreation program for hiking and biking. Crowfoot Mountain could be one of the premier alpine areas for residents and tourists to experience the alpine and view flowers in the early summer.