Exploring the heart of the Adams River watershed

Home » Exploring the heart of the Adams River watershed

After decades of desire, we finally made the nearly four hour long drive up to Tumtum Lake to camp, canoe and explore the area. Upon first sight of the lake its beauty astounded us, as its deep turquoise colour and its alpine mountain backdrop reminded us of Lake Louise.

In some ways it was better to have waited this long to make the journey, as for years I have heard how the area had been devastated by clearcut logging and now, at least, the logged over landscape is filled with mostly healthy, fast growing plantations. However, we did drive by two areas that had been planted with lodgepole pine that appear to be quite anemic looking, as this species is not native to this interior wetland ecosystem. 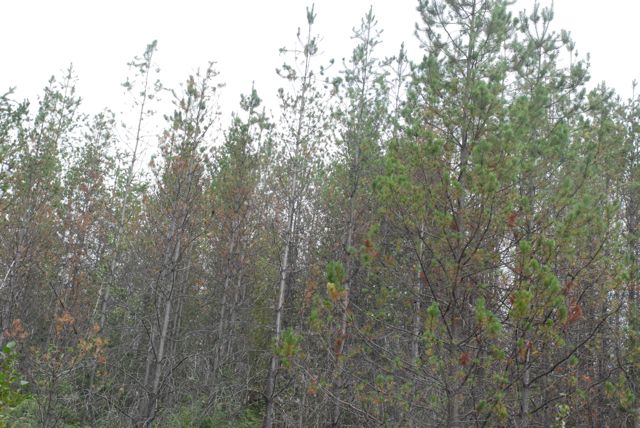 In the 1990s, I participated in the Kamloops Land and Resource Management Planning process, which was the first one for the province. Through intense negotiations with the forest industry, we were able to create the 5,733 hectare Upper Adams River Provincial Park that includes Tumtum Lake, along with a strip of land along the entire stretch of the river between the two lakes and between the logging roads that run parallel to the river.

Despite its park status, not a dime has been spent to improve the two former forestry recreation campsites and we could not even find a park sign. We chose to camp at the lower site, where there are some trees and one old worn picnic table, as the other site is a large open area with no amenities.

It took us only three hours to canoe around the lake, keeping close to the shore to avoid any sudden dangerous, rough water from the frequent winds. At the far end, where the “upper” Upper Adams River enters the lake there is an enormous sand bar that forms a perfect beach.

Although the lake is very picturesque, it is far from pristine and there are actually two cabins. One, a very small log building, is next to the campsite and belongs to a trapper who still uses it every winter.

A hunting guide built the other log cabin and the lease was grandfathered when the park was created and now a family uses it as a summer cottage. We learned from the cottage owner how the small glaciers that can be seen from the lake and are the source of the glacier silt that colours the water turquoise have melted significantly over just the last ten years. 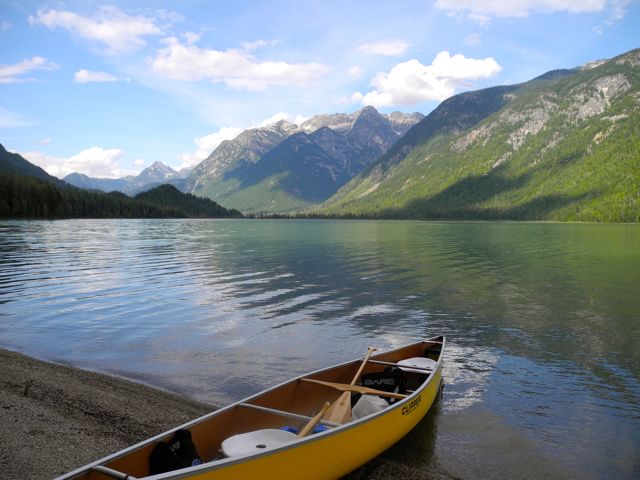 Back at the campsite, we were intrigued by the constant roaring sound of rushing water. The next day, we paddled to the east side of the bay and found a short trail that leads to the approximately 12 foot high waterfall at the outlet of the lake. It is this roaring sound that likely gave the lake its name, which is a Chinook jargon word for “the pulsing of the heart.”

Prior to the logging, there was once an extensive ancient old growth cedar/hemlock rainforest surrounding Tumtum Lake and extending up the valley and along the tributaries. The provincial park now protects small remnants of these over one thousand-year-old forest, although these trees are not as large as old growth found elsewhere due to the lack of soil richness. A few kilometres to the north of the lake is another small, 286 hectare park, Oregana Creek, named by famed B.C. lichenologist, Trevor Goward, for a rare type of oceanic lichen found there. Goward has developed the term “antique” to describe B.C.’s rare old growth interior rainforests, that indicate these forests are far older than the oldest trees in them.

We also made a side trip up the Oliver Creek drainage, where a massive zinc mining exploration project is underway in the alpine near Ruddock Creek. The views along this logging road are magnificent, as waterfalls stream off the remnant glaciers still clinging to the peaks.

Since Tumtum Lake does not have a Secwepemc name it is possible the Shuswap people did not have settlements there due to its distance from larger settlements and its inhospitable geography and weather. However, the 1904 diary of English settler, Spencer Tuck, who spent two winters trapping and gold panning along the Adams River 20 miles north of Adams Lake describes the remnants of a settlement, ”there is every indication of this having been a large Indian camp at sometime, as there are remains of old sweat houses and wigwams all around.”

The next time we venture up to Tumtum Lake, we will take time to explore the area to the north, including the Oregana Creek Park. It would also be good to drive to the very top of the Oliver Creek drainage, to see what, if any, old growth cedar remains there. Someday, I would love to hike over the pass from the top of the Seymour River drainage into the Oliver Creek drainage. No one may have ever done this hike, as the terrain is extremely difficult and it would require climbing up and over countless fallen giant old growth trees.

There are also a number of other small lakes in the North Adams area, including Harbour Lakes, that would be interesting to visit. We are blessed in the Shuswap with an abundance of relatively, wild areas that can be accessed via logging roads and we have some amazing parks that few people ever visit. 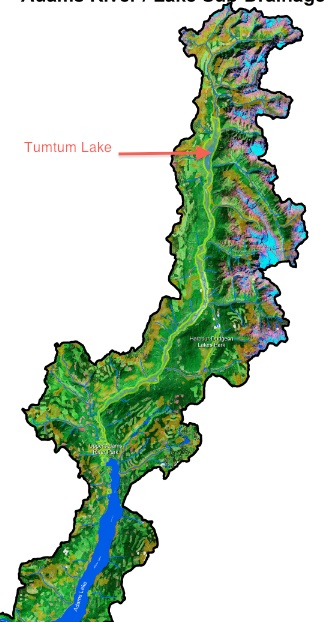 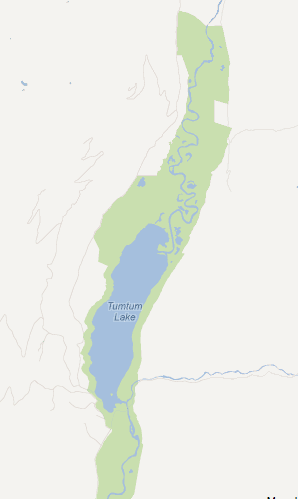