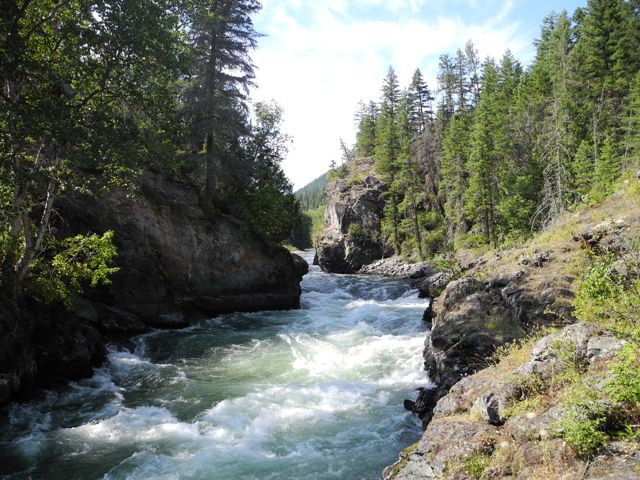 With all the attention given to the new trails in the Shuswap, it is easy to overlook the well-established ones. We are fortunate to live close to some of the best of these trails, along the lower Adams River in Roderick Haig-Brown Park. The other day I rode my mountain bike from the bridge up to the northern end of the park at Gold Creek along the river and then returned on the Packer Trail, which hugs the hillside above the river.

The first feature beyond the gravel pit is the remains of an old homestead. The last family to live there was Ray and Jesse Webb. Ray was a bookkeeper in Chase and after he passed away in the early 1970s, the property was acquired by the province to become part of the Conservation Area and later a park in 1977. In the early 1900s a Mr. Fusee operated a logging camp there, and he also built the first bridge, made out of poles, over the river. 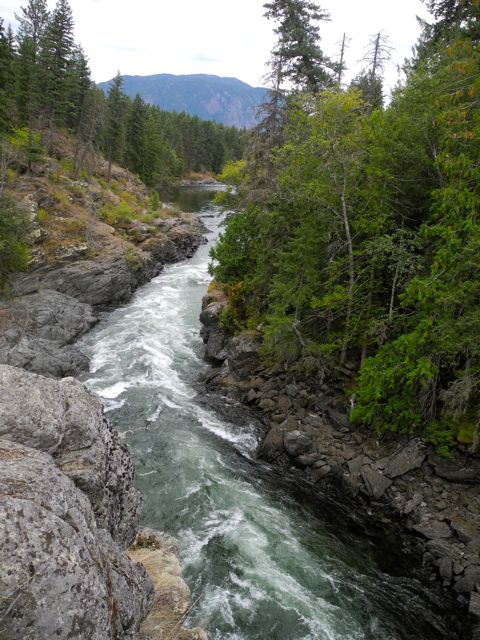 The trail is actually an old road, which ends at the gorge (called Devil’s Door), a favourite place to hike on the rocks, fish, or enjoy the rush of the river with an inner tube, kayak or raft. Above the gorge there are a few great viewpoints, and further up, a log staircase leads back down to the trail along the river. While hiking along the river is very enjoyable, there is even more pleasure whipping along on a bike through the mature cedar, fir and black cottonwood forest and close to the fast moving river. 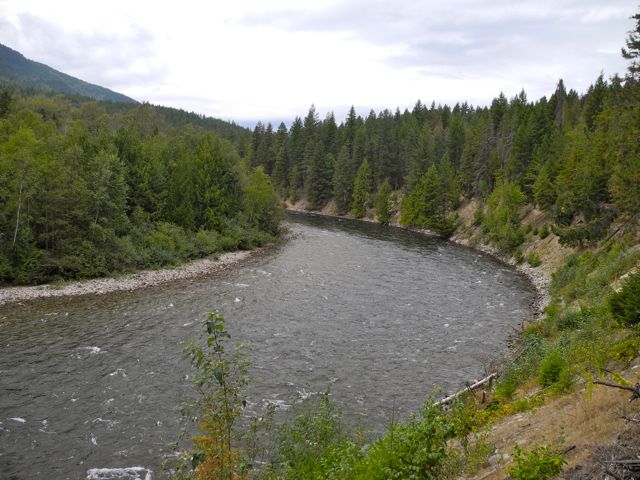 Near the top of the park, I was surprised to find a cable crossing, which I had never noticed before. This is one of Environment Canada’s 2,635 water gauging stations, and it has been there for quite some time. The data for this station (number 08LD001) can be accessed via the internet. The EC Water Office site indicates that there has been a monitoring station at the Adams River since 1911, and thus the data includes the years up until 1945 when there was a splash dam just below the lake. The old Adams Lake Lumber Company built the dam in 1907 to help transport logs by water to its mill in Chase. This dam devastated the upper Adams River salmon run, once a larger run than the lower Adams River run. 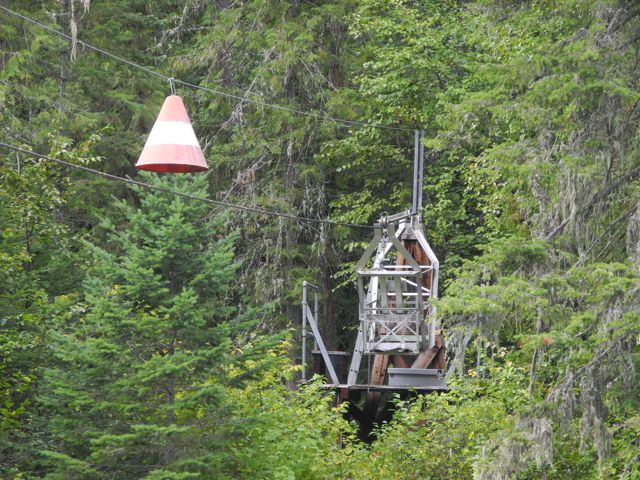 At one time there was a bridge over Gold Creek at the northern tip of the park and an old road went all the way to Adams Lake, but it was removed after it deteriorated and became unsafe. The Packer Trail joins the main trail where the powerline crosses the river. It was once the main trail that connected the North Shuswap to Adams Lake.

There are 54 documented archaeological sites throughout the park, including pit house depressions, cache pits, artifacts, fire-burned rock and pictographs. All of these sites are protected by law and the locations are kept confidential.

One of the most popular recreational features of the lower Adams River is the whitewater rafting. Doug Trotter began his company; Interior Whitewater Expeditions back in 1983 with just one raft. It was an immediate success, as in their first year they had some 1200 clients and in the heydays of the 1990s thousands per year took the thrilling ride from the lake to the bridge.

Trotter recalls how in those early days they issued wool sweaters and used wooden paddles, whereas now they use Gortex, fleece and high tech carbon-graphite paddles. In 2001, he moved his business up to the Clearwater River, and another company now operates on the Adams River. 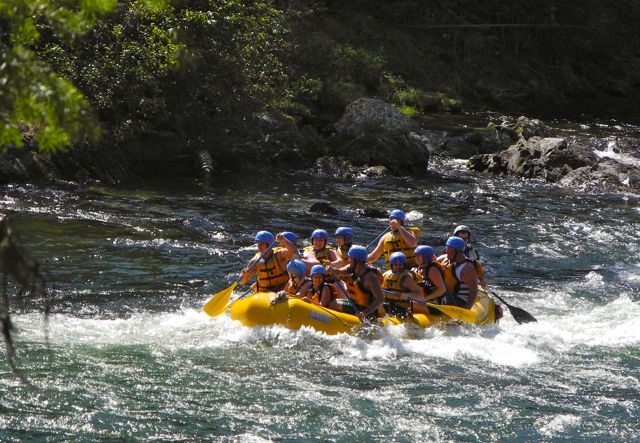 In 2006, the Ministry of Environment provided leadership for an initiative to seek heritage nomination for the Adams River under the Canadian Heritage Rivers System. Although achieving this status would not add any more protection to the river than already exists, it would provide greater national recognition of its recreational, cultural, geographical and fishery values.

Even though the Adams River is already listed as a provincial heritage river, the national initiative was unsuccessful because it required consensus amongst all the stakeholders and the Little Shuswap Lake Indian Band was opposed to the nomination. As part of the project, a detailed background study was prepared that provides a wealth of information about the Adams River. This document can be downloaded from www.shuswapwatershed.ca.