Everything Shuswap finally off to press

Home » Everything Shuswap finally off to press 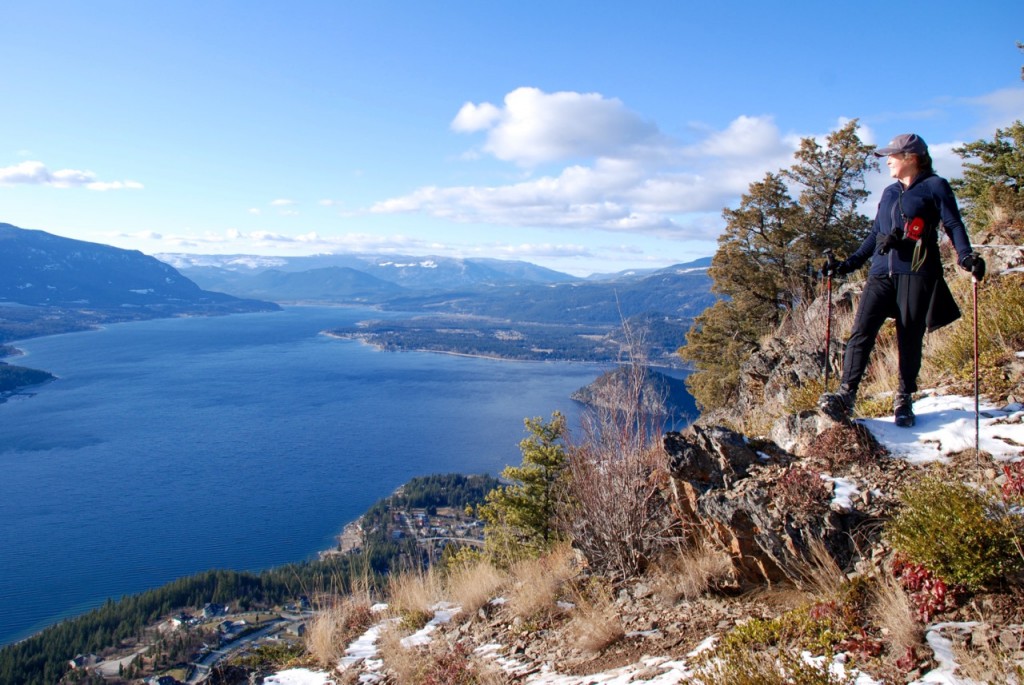 Kathi Cooperman enjoys the spectacular view from the top of the Blind Bay Bluffs. This photo by Jim Cooperman appears in the beginning of the book.

Everything Shuswap, the first comprehensive book about our glorious Shuswap region, is finally off to be printed and will be available soon. The process to create this book began 12 years ago in 2005 when I began writing these columns, which were re-written and combined with other material for the manuscript. Developing the manuscript into the final book was a monumental effort that involved: reviews by local and provincial experts; the collection of many images and historic maps; the preparation of unique maps, graphs and tables; the excellent design and layout by Shuswap Press; extensive fund raising, and seemingly endless proofreading. 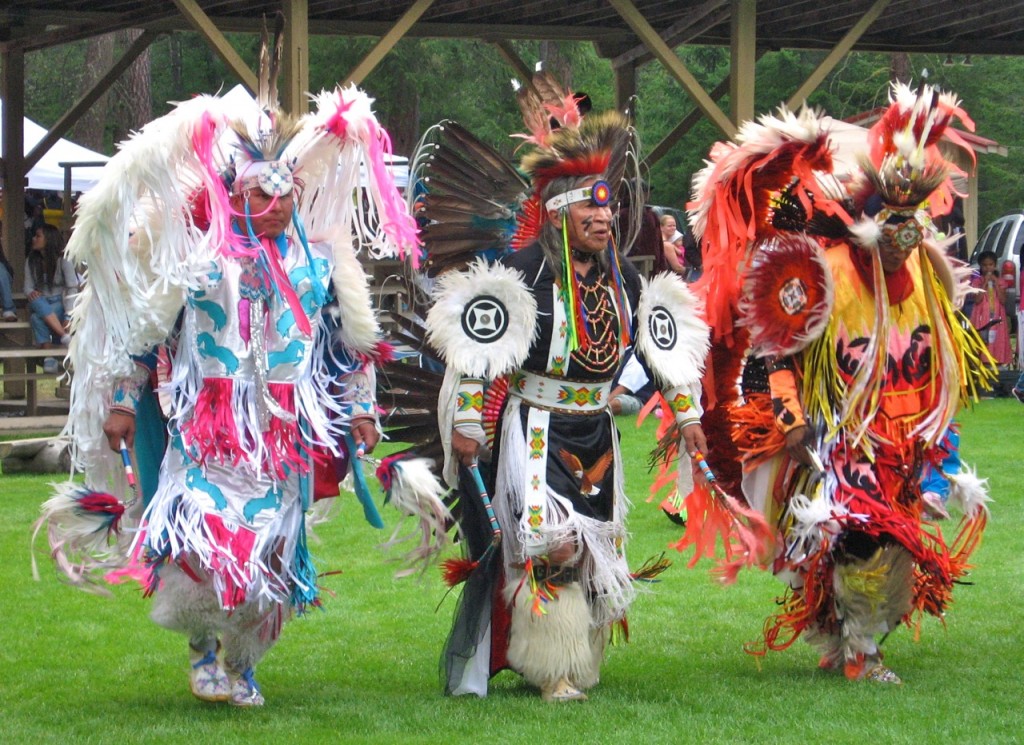 The 242-page book opens with a foreword by author Alan Haig-Brown and includes five chapters beginning with a watershed tour with maps of each sub-drainage, followed by geology, ecology, the Secwepemc people, and a history of settlement. There are over 350 photographs and illustrations by more than 24 photographers and illustrators. Additionally, there are 36 maps, many of which were produced especially for this publication. A GIS technician created statistics that describe how the Shuswap land base is distributed according to elevation, land classification, and ecological zonation. 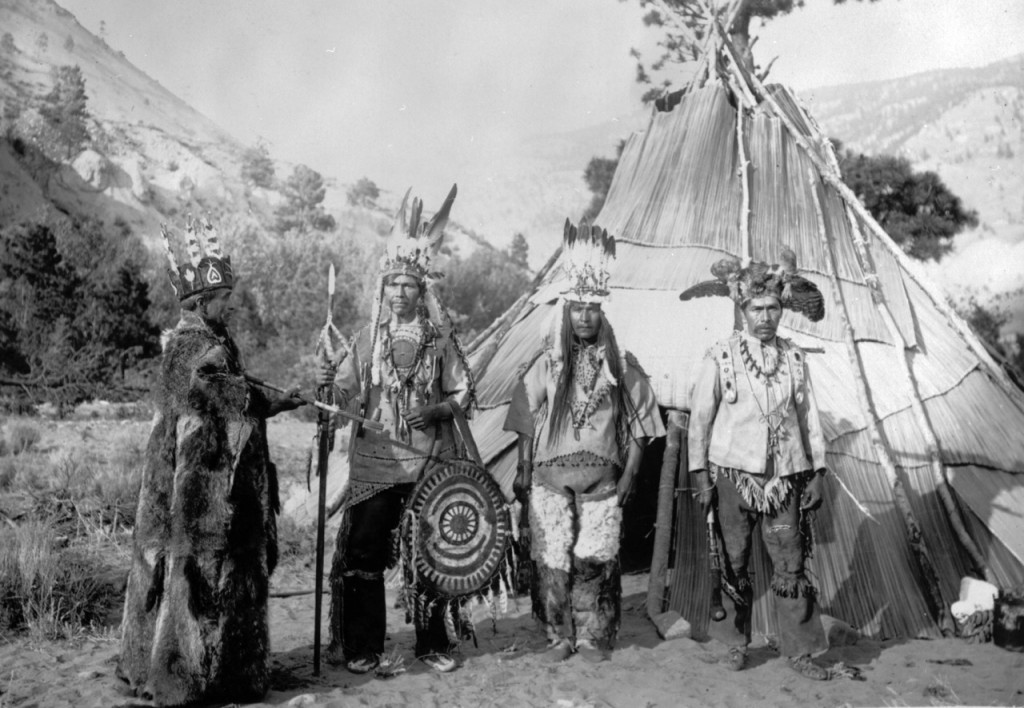 Traditional dress. Most likely Nlaka’pamux (Thompson), 1910. (Similar to Secwepemc dress) Photo by Valient Vinson, who worked with James Teit. Image AA- 00153 courtesy of the Royal BC Museum and Archives.

The two history chapters may indeed be the most popular, as many residents are fascinated by the over 9,000 years of Secwepemc settlement, the fur trade and gold rush eras and the early days of the first European settlers. After extensive research, many photos from these early days are in the book. Thankfully, all but one of the local museums generously donated images for the book and some of these are being published for the first time. Sternwheeler steamships were key to the Shuswap’s early development, and along with photos there is a table listing all of them, along with some interesting details. 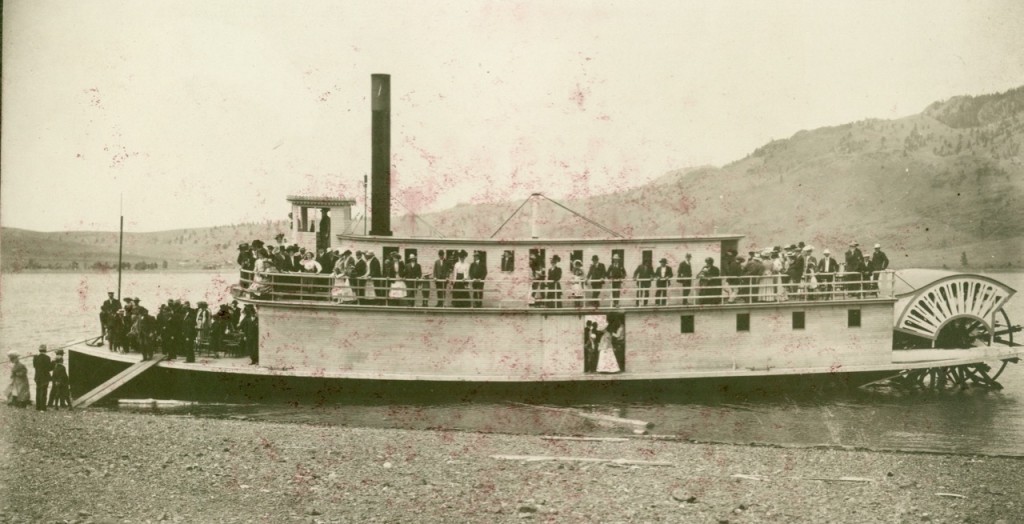 The entire project would not have been possible without the generous contributions from 174 sponsors, including six local governments, four Secwepemc bands, ten organizations, and 35 businesses. I am gifting the book and the proceeds from sales to School District #83 for their outdoor learning program. There is the potential for book sales to raise many thousands of dollars, which will go towards the costs of nature-based field trips for students of all ages. 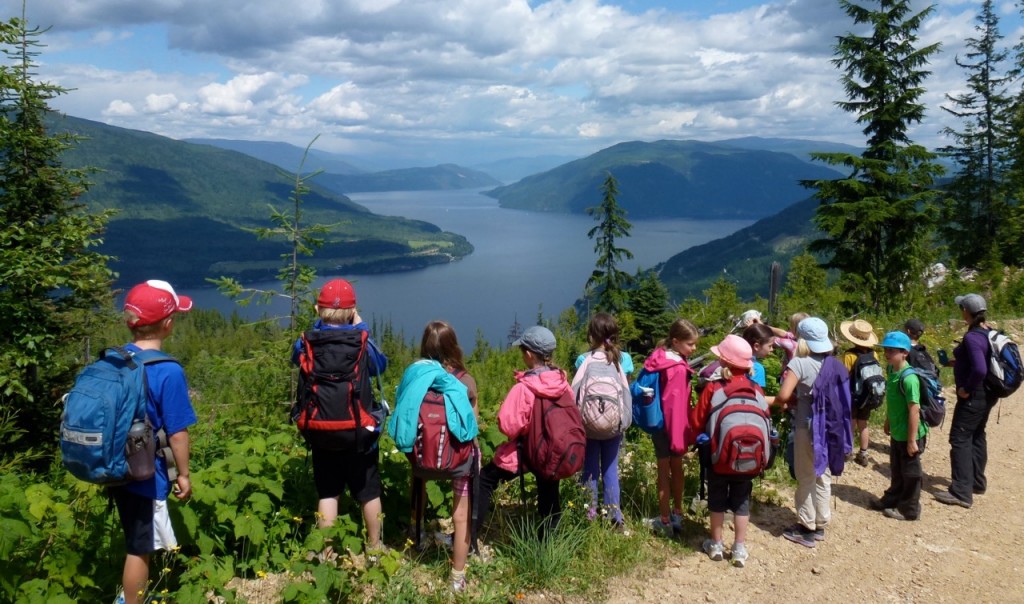 In addition to raising money for outdoor learning, the book will be used for high school geography classes and will serve as a resource for all the schools. Most of the digital materials used for research will be provided to the schools and made available to students for more in-depth studies. As well, an educational guide for the book will be prepared with study questions and suggestions for projects and research. 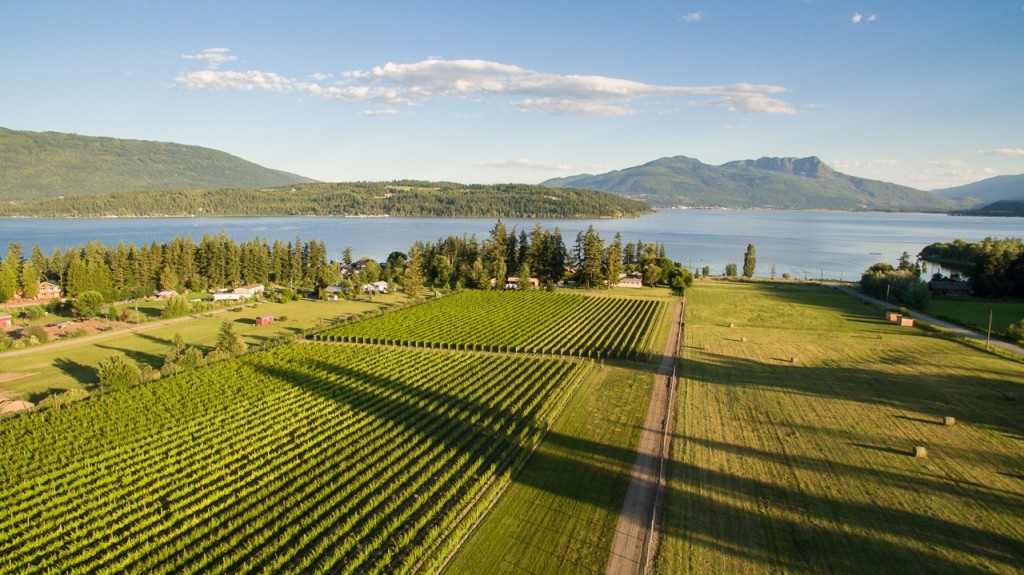 The goal is for Everything Shuswap to become the authoritative resource book for local residents who want to learn more about the amazing region they live in and a book that visitors will want to bring home to share with their friends and families. Hopefully, the book will also become popular elsewhere, including Vancouver and Calgary and thus will help to attract more visitors and new residents. Most importantly, by providing detailed information the book will encourage greater appreciation and respect for the magnificent Shuswap. 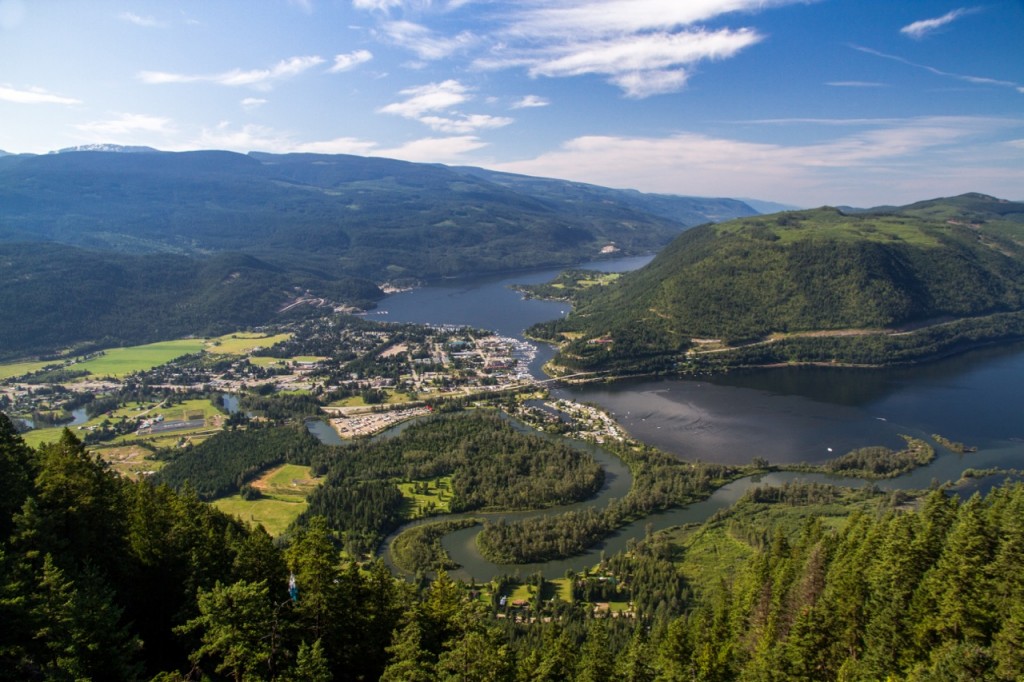 Two more volumes of Everything Shuswap are planned in order to cover all aspects of this region. In volume two, there will be chapters on communities, the economy, sports and recreation, plus arts and culture. Over the next year, local photographers will be encouraged to capture images for these topics and students may assist with the research. By the time the third volume is completed with chapters on parks, governance, organizations, threats and the future, nearly every aspect of the Shuswap will be covered. These books will serve as a “base case,” so that many decades from now, people will be able to evaluate how this region changed. 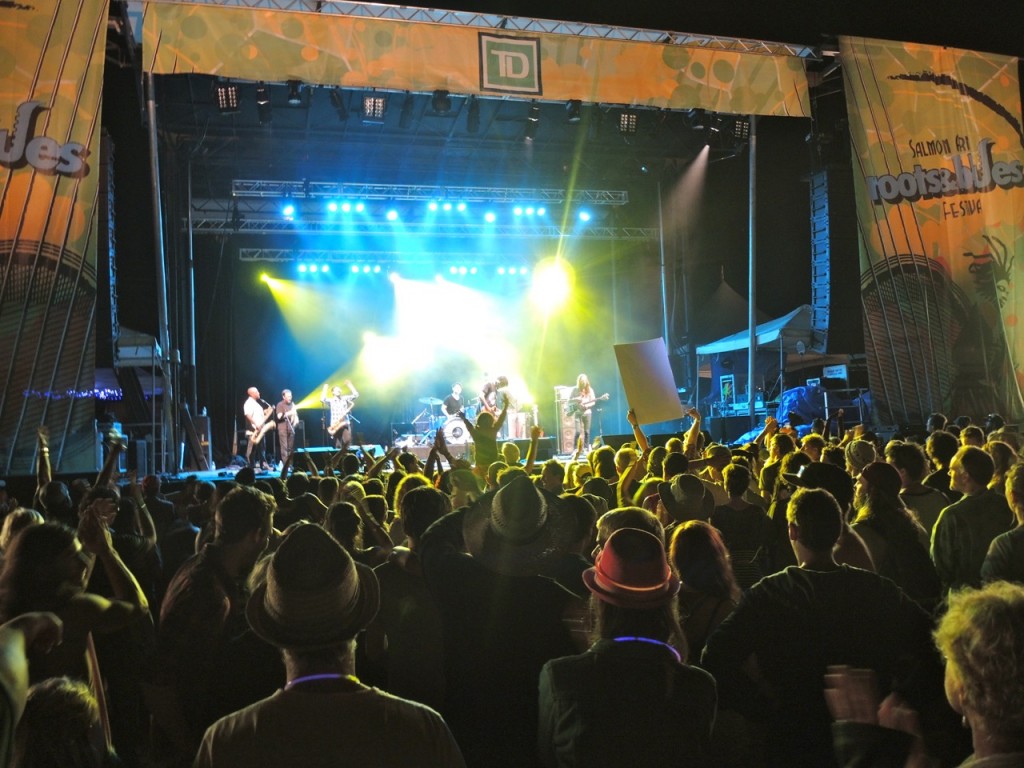 Watch for news about the upcoming Everything Shuswap book launch that will feature music by local singer-songwriters, images from the book, short talks, refreshments and a reading from the book.  Learn more at everythingshuswap.ca

A Guide to the Land and Its History

It is interesting to compare natural history and human history. The former, especially when we include geology, has a much longer timeline that includes the earth’s changes from continental shifts taking millions of years to ecosystems that evolved over many thousands of years. The earth’s human history, from the earliest carbon dates, exists on a much shorter timeline. In British Columbia this human history divides into two distinct segments: pre– and post- colonial or indigenous and settler scripted.

The name of the province speaks to the British part of our history while honouring Columbus who had no idea of this land. Fortunately many of the names of our province’s various regions have recognized the First Nations people who have occupied these lands since time immemorial. Recently the name for Haida Gwaii was restored while the Chilcotin country has always acknowledged, albeit in

an Anglicized form, the Ts’ilthquotin people. Similarly the Kooteney region is a variant of Ktunaxa. The area of central B.C. known as the Shuswap doesn’t encompass all of the territory of the Secwepemc people but does represent a good part of it. To know a land is to appreciate all of its geological and human history. Such knowing, even with the help of elders’ stories and documented sources, can take decades. But to also know it by walking it and living in it is the work of a lifetime.

It is a lifetime of study and experience that Jim Cooperman has gifted to the reader of this book. He takes the reader back in time to talk of the very shaping of the mountains, lakes, and rivers by geological forces that work in millennial timeframes. He shares his learning of continental shifts and the slightly more comprehensible ice age of about twelve thousand years ago.

Unlike museum history where a few artifacts
tell a story from before personal memory, this author takes us out onto the land to explain how we benefit today from those powerful forces of our natural past. Then, with the landscape set like a huge stage, Cooperman tells of the human history. We are helped to visualize a land of huge rain-fed forests, abundant rivers, and tranquil lakes. We learn of a population in harmony with a bountiful land that could also be harsh. It was a land on which both strength and wisdom were required to survive. No amount of strength or wisdom could have prepared the Secwepemc people for the ravages of smallpox and the cultural warfare of the residential schools.
With the aid of elder the late Dr. Mary Thomas, Cooperman leads the reader through the hard times and the resurgence of the culture.

While the flow of foreign seekers of fur and gold brought pain, it also brought in some remarkable characters. Cooperman brings us these characters as the real people that they were. As the sternwheelers and railways followed, he gives us flesh and blood individuals with dreams, failures, and successes. Similarly when the loggers and farmers followed, often bringing practices destructive to the land and the treasured salmon runs, he acknowledges the destruction while accepting the humanity of the settlers. Throughout this settler period the importance of the ancient salmon runs and their habitat is never far from the account both in the value of resource and the damage inflicted by the clearing of land and damming of rivers.

The Shuswap, a land of great beauty and rich history, has and continues to be a rich stage for natural and human history. Reading this book has given me new impetus to follow the trails and view the places that the author has brought to such vibrant life. – Alan Haig-Brown