The Shuswap community of Sexqéltqin

Home » The Shuswap community of Sexqéltqin

Chief Atahm School, with the sod covered kekuli-room in the centre

The Shuswap is home to approximately 50 communities, ranging in size from the tiny Seymour Arm to the largest, the city of Salmon Arm. The common identifying feature for all these communities is the presence of either a community hall or a school or both. This series of columns about communities begins at the northwestern corner of the Shuswap watershed at the ancient Secwepemc community of Sexqéltqin, which means where the water begins to flow. This village, which also has other names, is the Adams Lake Indian Band Reserve Number 4 and is home to some 540 people. 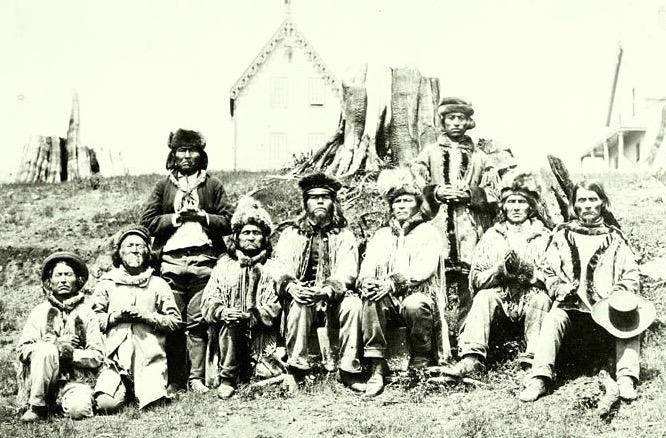 Indian Chiefs in New Westminster, 1867, Secwepemc Chiefs on the left

Prior to contact, the eastern Secwepemc people spent the winters in villages spread alongside the shores of the South Thompson River and most of the low elevation lakes and other rivers. During the fur trade era, most of the eastern Secwepemc people followed one powerful leader, Chief Sechowtken, who was given the Christian name Adam when Father Nobli baptized him in 1849. When the grossly unfair and unjust reserve system was designed by the provincial government, the strategy was to divide and conquer, thus the people were split into three bands, each with their own reserve lands.

The Adams Lake Indian Band land at Squam Bay (Agate Bay), where their main village once stood, was reduced to a very small Reserve

Once the railroad was built and settlers began to arrive, the government pressured the people living at Adams Lake to move to their village at Reserve Number 4, where there were jobs and services and where they could be better managed. This village site was ideally located, with southern exposure, a good water supply, easy access to the backcountry and good agricultural lands, although for many, their hearts were still with their ancestral lands surrounding Adams Lake, and particularly their former main village at Squam Bay.

Today, this village is well serviced, efficiently managed and its many public buildings are signs of success. One of the oldest buildings is the administration office, which the Indian Affairs department insisted be built in an inappropriate location atop an ancient burial ground. There are now plans for a new, energy efficient office with a sod roof, solar panels and a view overlooking the river and Little Shuswap Lake. 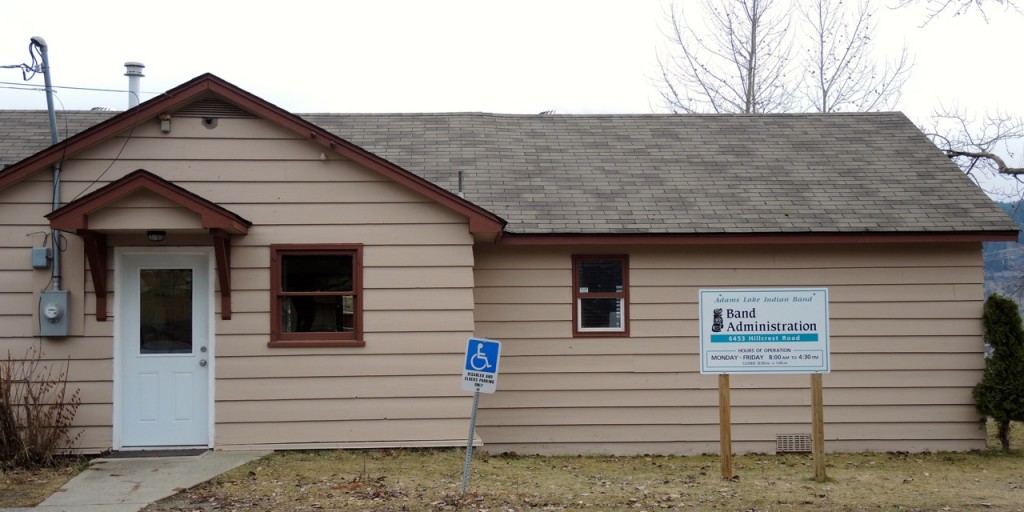 The Band Administration Office is slated to be replaced by a modern, energy efficient office building

Many of the new public buildings are constructed with modern Secwepemc-inspired designs. At the centre of the Chief Atahm School, which provides a Secwepemctsin language immersion program, is a round, kukuli-like common room used by all the classes. Next door to the school, is a 10-year old building used for a combination conference centre, community hall and gymnasium. Both buildings utilize geothermal heating and cooling and have solar panels, which save 40 to 50 percent on the heating expenses. In between the conference centre and the school is a small greenhouse used for the agricultural curriculum. 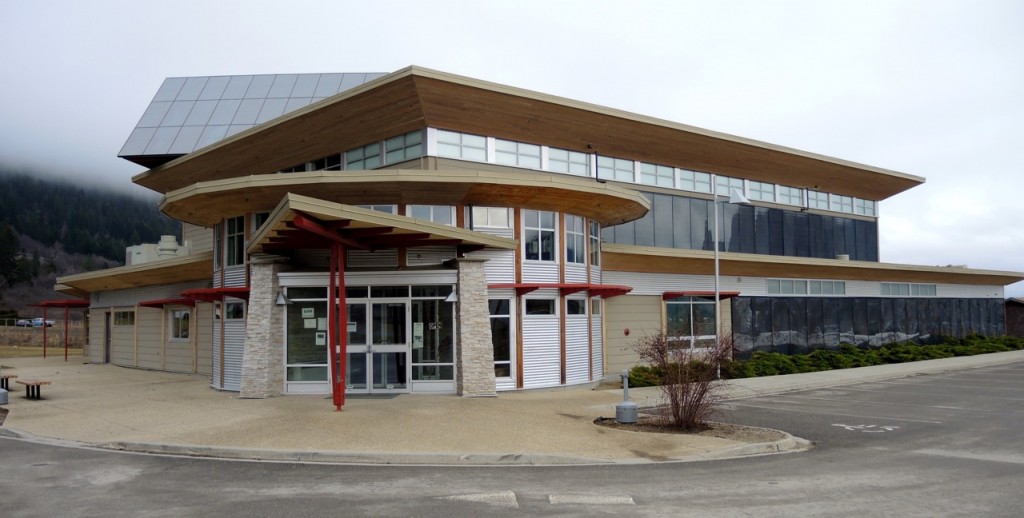 As a former log house builder, I was very impressed with the well-built log building in the middle of the village, which is the community’s Spiritual Centre. While it is non-denominational, this building is used for Catholic and Anglican services, as well as for funerals. Across the street is the modern health centre that provides, a full range of health services including pre-natal care, elders care, healthy living counseling, respite care and dental services. The band has a long-term health plan that provides clear direction for these services. 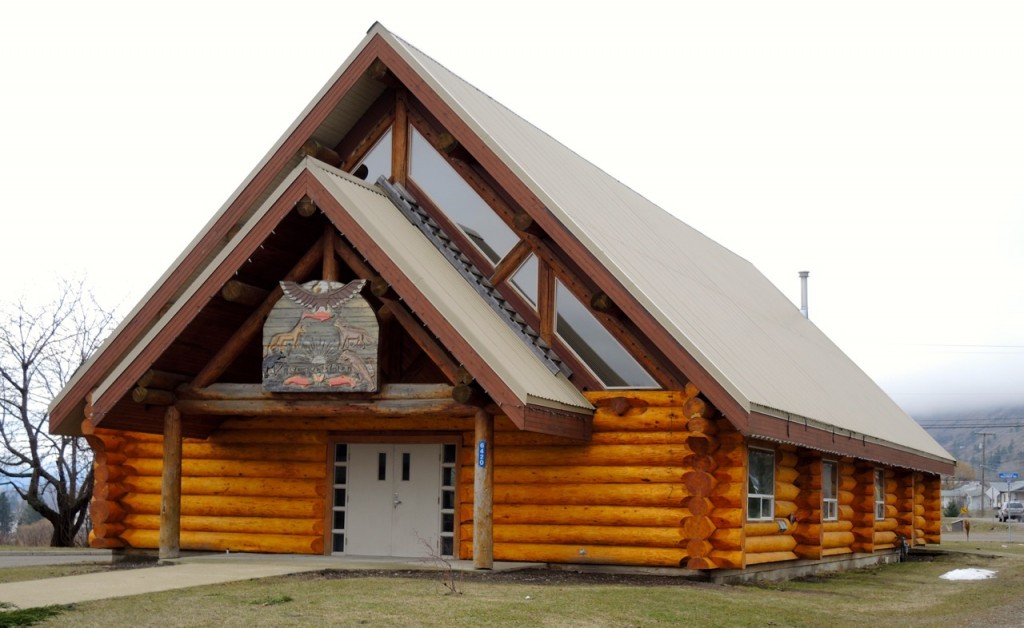 The daycare building is also a log building and includes a well-equipped playground. After school day care takes place in the old Band Hall, which was retired for band functions once the conference centre opened. Next-door is the Resource Centre that provides services for elders and post secondary programs for approximately 20 students. In the basement is the band’s information technology department.

One of the key departments for the band is housed in the Natural Resources Centre, which deals with title and rights issues, fisheries, parks, forestry and mapping. There are also buildings for the fire department, road maintenance and house maintenance.  The band is continuously involved in comprehensive, strategic planning, which involves most of the community. All of these services also provide jobs, with a total of over 100 staff including approximately 20 non-aboriginals. 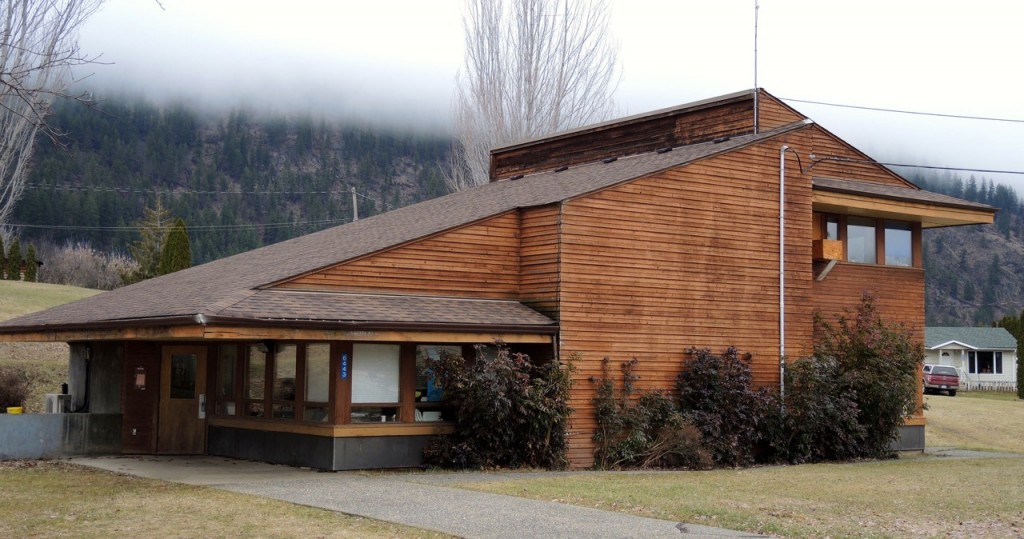 One cannot help but compare Sexqéltqin with other typical nearby non-aboriginal communities. The level of services and the level of community involvement in Sexqéltqin far exceeds anything provided elsewhere, even in much larger communities. The Adams Lake Indian Band has used its income wisely to improve the lives of its members and to work towards a better future for the next generations. 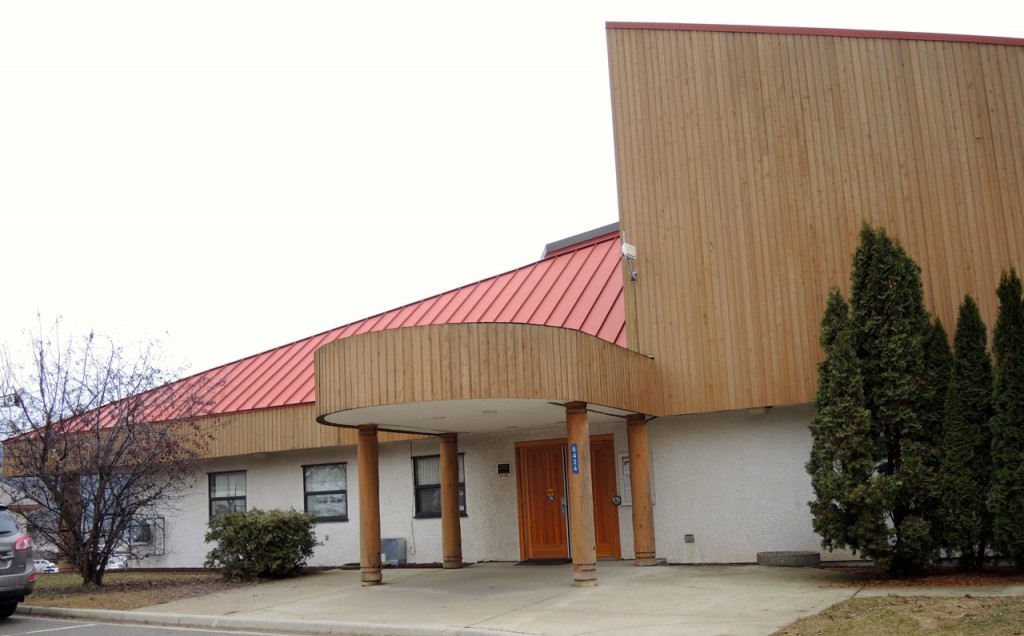 Famed ethnographer James Teit considered the Shuswap people to be primarily egalitarian in nature with a life style based on respect for each other and for nature.  As famed Neskonlith elder, Mary Thomas explained, a key aspect in the Secwepemc way of life was Kweseltnews, meaning, “we are all family.” These values remain key and are exemplified by how the community of  Sexqéltqin is structured today.

After many generations of injustice and abuse, the Secwepemc people are proving to be resilient, as their culture is thriving thanks in part to the values and traditions they have retained for centuries. As recent immigrants (here less than 200 years) to their country, we could do better by learning from them and emulating how they care for each other with respect.